Gilbert & Sullivan’s ever popular comic opera was the second foray into the fabled duo’s work from the Collegiate Chorale (now known as MasterVoices). The Mikado in 2012 had been altogether superb, with maestro Ted Sperling’s impeccable musicianship leading the estimable Orchestra of St. Luke’s, a cast of solid Broadway pros with classical chops, and of course, the splendid Chorale itself. Together, they breathed fresh life into the venerable warhorse. 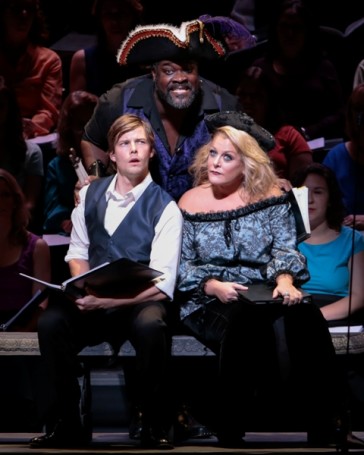 The Pirates of Penzance boasted many of the same virtues. Once again, Sperling’s musical finesse was unimpeachable, and he led the orchestra from the City Center pit, rather than onstage when at the Chorale’s regular Carnegie Hall venue. The overture, finely controlled, and building to its climax beautifully, got things off to a classy start.

The curtain rose to reveal the massive Chorale on their multi-tiered bleachers, while the costumed principals cavorted in front of them in a semi-staged presentation. Unlike Encores, which occupies the same stage, though, many in the cast were clingingly dependent on their books, and even so, went up on their lines far more than in past productions.

When casting was first announced, chief interest revolved around Deborah Voigt’s appearance as Ruth, and I’m happy to report she did a solid job, crisply articulating her lyrics and dialogue, showing her jolly comic skills, and of course, singing in fine style. She and the rest of the cast eschewed English accents which, in itself, was acceptable under these relatively informal circumstances.

Phillip Boykin who recently opened On the Town each night with his warmly sonorous “I Feel I’m Not out of Bed Yet,” was the Pirate King. Though he smartly lightened his bass voice, and sang pleasingly, this was not your traditional Pirate King, but one strictly in the zany Kevin Kline mode.

A far cry from Mike Leigh’s recent immaculate staging at the English National Opera in London which utilized traditional costuming and absolutely pure classical singing bringing out the often underrated beauty of Sullivan’s music. And none of the comedy was shortchanged either. 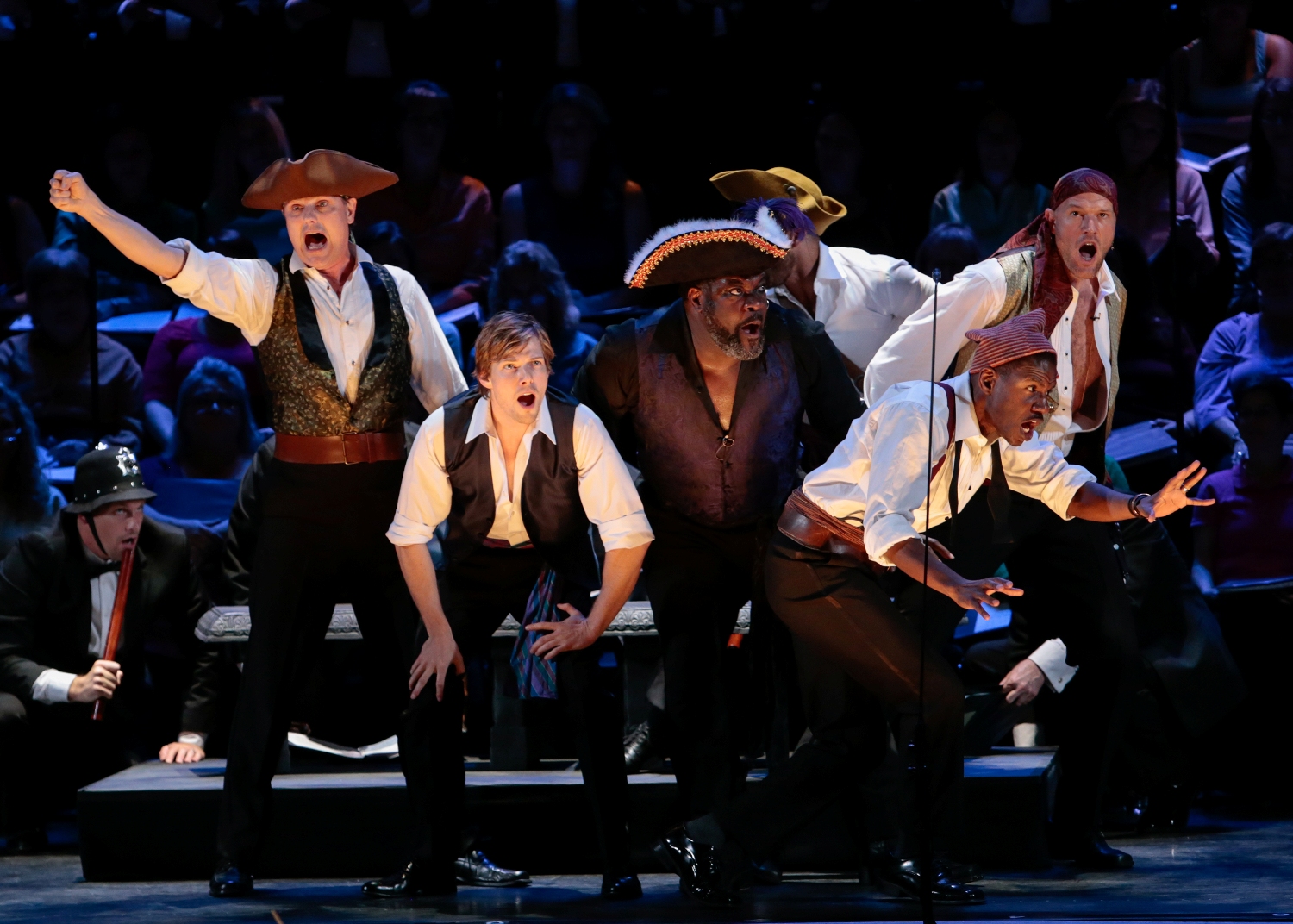 Mabel and Frederic’s “Ah, Leave Me Not to Pine,” for instance, was particularly exquisite there, but considerably less so here in the hands of Julia Udine’s accomplished, if overly bright-toned soprano, and Hunter Parrish’s dramatically and vocally pallid Frederic played very much in the pop mode as performed by Rex Smith (and the other pop singers who followed) for Papp.

The excellent Betsy Wolfe and Montego Glover were directed to give Mabel’s sisters Edith and Kate that same contemporary edge, Wolfe had several intentionally strident moments which were more irritating than funny. 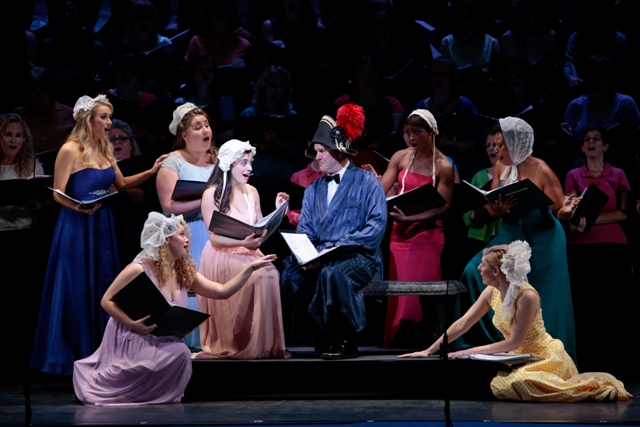 Still, Udine’s coloratura showpiece “Poor Wandering One” was quite accomplished vocally, even as the direction (by Sterling) poked fun at the operatic excesses. (Frederic covered his ears in mock discomfort at one point.)

The hugely talent Douglas Hodge, whose directorial talents are currently on view in Harold Pinter’s Old Times at the Roundabout, was a predictably accomplished Major General, playing with an almost Frank Morgan-like sense of befuddlement at the absurdity of some of the words he was singing, as he spoke/sang his signature patter song. 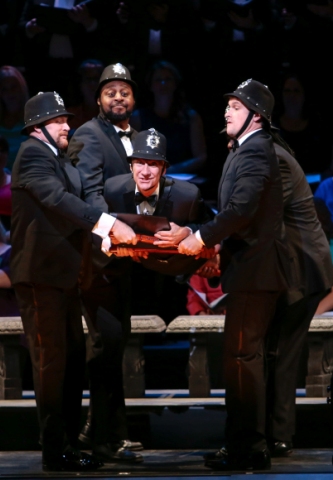 Another definite plus was David Garrison’s Sergeant of Police, a role he actually played in the Papp production, and sounding remarkably unchanged after all these years. Zachary James was a fine Samuel in a mostly traditional mode.

The grand “Hail, Poetry” chorus rang forth gloriously with the MasterVoices really showing their mettle, as they also did in the first act finale and the other big choral moments.

Much of the stage blocking and movement (Gustavo Zajac was choreographer) was amusing and original, but some over-the-top, and again, too derivative of Papp. Though the production was visually spare, David Korins designed a nice playing area. Frances Aronson’s lighting was ever helpful in delineating the action, and costume “consultant” Tracy Christensen’s contributions were traditionally eye pleasing.

The audience rewarded the performance I attended (the second of two) with warm applause and a standing ovation, so for all my quibbles, it must be reported that a good time was had by all.

The performances were dedicated to the late actor Roger Rees, who frequently lent his directorial savvy to MasterVoices performances, a very nice and deserved touch.

To read the original review by Harry Forbes, click here.