Here is something really yummy: a collection of essays dealing with various aspects of popular musical theater at the beginning of the 20th century, Popular Musical Theatre in London and Berlin 1890 to 1939. It is edited by Lenn Platt, Tobias Becker and David Linton who also organized a conference in Berlin, where many of these papers were originally presented. Here, now, is the printed version in a Cambridge University Press volume. 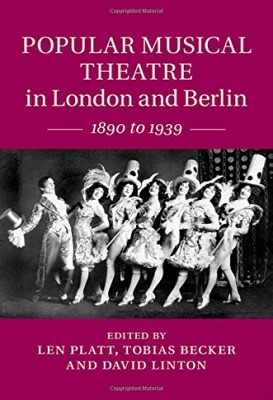 In the decades before the Second World War, popular musical theatre was one of the most influential forms of entertainment. According to Cambridge University Press, “This is the first book to reconstruct early popular musical theatre as a transnational and highly cosmopolitan industry that included everything from revues and operettas to dance halls and cabaret.” (Of course, Kurt Gänzl in his various books has been doing this for years; only they were not published in Cambridge.)

Bringing together contributors from Britain and Germany, this collection moves beyond national theatre histories to study Anglo-German relations at a period of intense hostility and rivalry. Chapters frame the entertainment zones of London and Berlin against the wider trading routes of cultural transfer, where empire and transatlantic song and dance produced, perhaps for the first time, a genuinely international culture.

Exploring adaptations and translations of works under the influence of political propaganda, this collection will be of interest both to musical theatre enthusiasts and to those interested in the wider history of modernism. 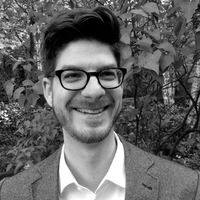 The titles and authors of the essays are:

Introduction Len Platt, Tobias Becker and David Linton
Part I. The Mechanics of Transfer and Translation:
1. Berlin/London: London/Berlin: an outline of cultural transfer, 1890–1914 (Len Platt)
2. Local contexts and genre construction in early Continental musical theatre (Marion Linhardt)
3. German operetta in the West End and on Broadway (Derek B. Scott)
4. The Arcadians and Filmzauber: adaptation and the popular musical theatre text (Tobias Becker)
5. How a sweet Viennese girl became a fair international lady: transfer, performance, modernity (Stefan Frey)
6. ‘A happy man can live in the past’: musical theatre transfer in the 1920s and 1930s (Len Platt and Tobias Becker)
Part II. Atlantic Traffic:
7. Hullo Ragtime! West End revue and the Americanisation of popular culture in pre-1914 Britain (Peter Bailey)
8. The Argentine tango: a transatlantic dance on the European Stage (Kerstin Lange)
9. Dover Street to Dixie and the politics of cultural transfer and exchange (David Linton and Len Platt)
10. The transculturality of stage, song and other media: intermediality in popular musical theatre (Carolin Stahrenberg and Nils Grosch)
Part III. Representation in Transition: Stage Others:
11. The Sandow Girl and her sisters: the construction and performance of the healthy female body in fin de siècle musical comedy (Viv Gardner)
12. West End musical theatre and the representation of Germany (Len Platt)
13. The Tropical Express: an exotic non-stop revue in Nazi Germany (Susann Lewrenz)
14. Operetta and propaganda: the politicisation of popular musical theatre in the Third Reich (Matthias Kauffmann)

For further information, click here. Abstracts of the various essays can be found here.