Berlin’s ultra-hip and queer urban magazine Siegessäule has published a hot list of the top 5 films and stage productions of 2015. Among the chosen titles, right next to Mad Max: Fury Road (ah, Tom and Charlize!) and Peter Greenaway’s fabulous biopic Eisenstein in Guanajuato, is an operetta by Oscar Straus!

Of course, that can only be Eine Frau, die weiß, was sie will, the minimalistic production by Barrie Kosky at the Komische Oper, with two actors playing all the parts: Dagmar Manzel and Max Hopp, with conductor Adam Benzwi as partner in crime. It was one of the most felicitous operetta moments of the year, because everything about this staging was so absolutely “right” that you wondered why there are so many (many!) “wrong” operetta performances to be endured?

Max Hopp playing tennis with himself, in male and female attire, is a sight to behold. And Dagmar Manzel has found her perfect operetta voice with the role of diva Manon Falconetti. When singing the title song “Ich bin eine Frau, die weiß, was sie will” and the deliciously witty „Warum soll eine Frau kein Verhältnis haben?“, Manzel simply took control of the stage and gave a million dollar performance that made me – happily – forget Fritzi Massary, who created (and recorded) these songs.

The production was originally only scheduled as two or three “concert” performances (i.e. the minimalistic staging). But it turned into such a smash hit, that it has been brought back again and again in repertoire performances. The next ones are coming up in January 2016. Next season, the show will go on tour and hopefully delight audiences elsewhere, too. It’s a production that deserves a DVD and CD recording, as a role model for what operetta today can be, and should be.

One of the reasons it all comes together so well is that in Adam Benwzi the Komische Oper has found a conductor who seriously works with his singers for a year, to get every nuance of the text right. The result is the effortlessness that Hopp and Manzel demonstrate, which is magical. And great art! 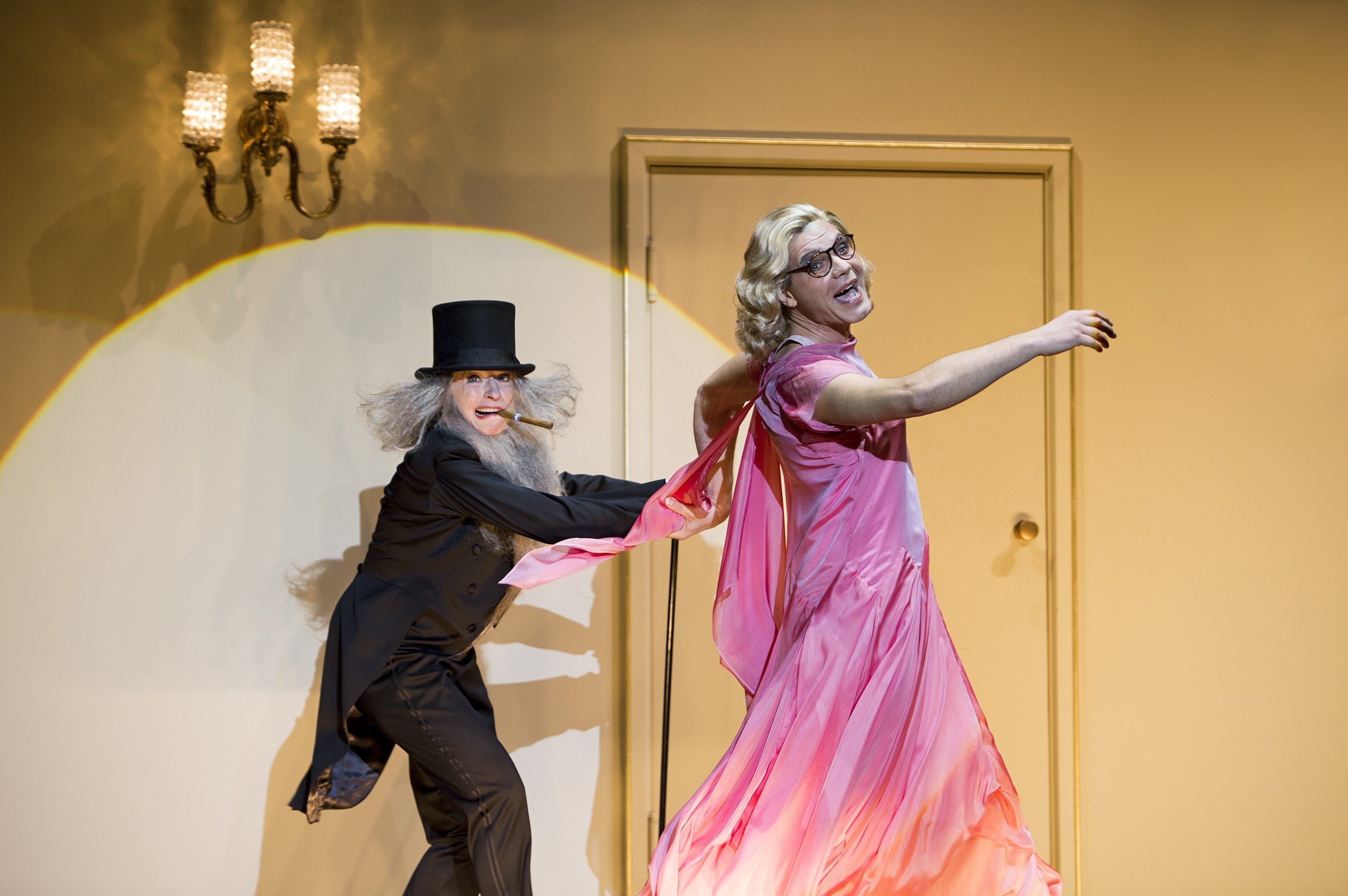 Congratulations to everyone involved in this Oscar Straus miracle, and for putting operetta onto the A-list again, where it belongs.