It’s holiday time, obviously. So unless you’re on your way to some summer festival, chances that you’ll catch a regular operetta performance at a regular opera house in Germany are pretty slim right now. Of course, there were the Hungarians who took their touring production of Csardasfürstin to Munich recently. For all of you who do not read German, we’d like to draw your attention to a review in English by Ilana Walder-Biesanz. 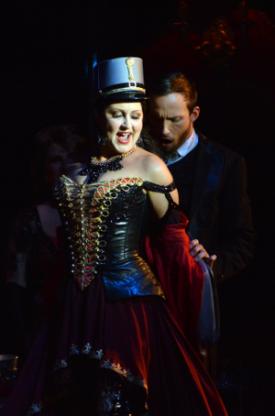 Walder-Biesanz attended the premiere at the Deutsches Theater, where this Budapest staging by Kero went to celebtrate the 100th anniversary of Csardasfürstin. There will be an anniversary conference in Budapest later this year, to mark the occasion in October. Meanwhile, in Bavaria, some of the stars of the Budapesti Operettszínhás presented their take on Kalman. Walder-Biesanz writes:

The show’s biggest strength is its cast (who deserve extra commendation for performing in German). Sylva owns the operetta, and Mónika Fischl doesn’t disappoint with her charismatic character and full, rich voice. She’s best on her ringing high notes; her sound gets harsh lower in her range. Her voice is also big enough to overpower Edwin’s (Gergely Boncsér’s) in their duets. When he sings solo, Boncsér shows off a lovely legato throughout and squillo on his top notes.”

She goes on to describe all of the other singers and says: “Finally, German celebrity Ralph Morgenstern models perfect deadpan delivery in the bit part of the waiter and butler.” 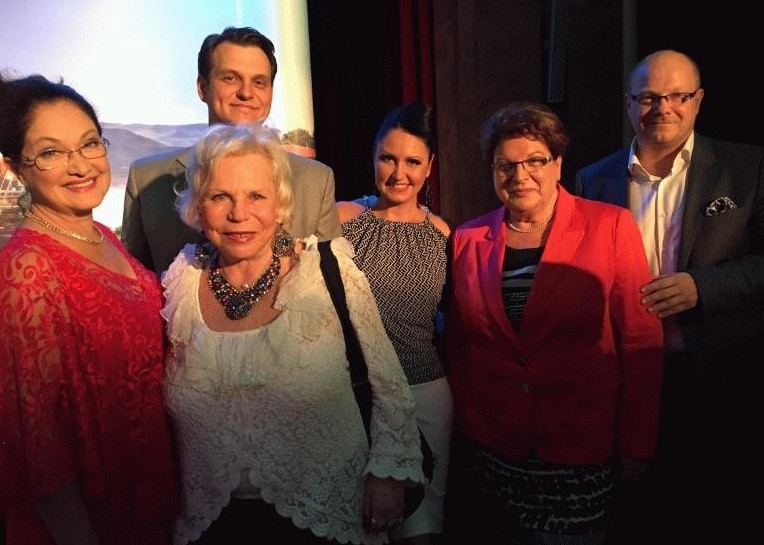 Yvonne Kalman (in white) on opening night of “Csardasfürstin” in Munich, with the director of the Budapesti Operettszinhas, Lőrinczy Györgyöt, on the far right. (Photo: Private)

You can read her entire review on Bachtrack.com here. And just in case you’re interested, there’s a lovely DVD version of this production available through the shop of the Budapest Operetta House.