This CD entitled Höchste Eisenbahn by actor Ben Zimmermann and pianist Mark McNeill is called a „Doku Revue der Goldenen 20er“. Which means it tries to take the listener back to the Weimar Republic and the politically complicated era just before the Nazi take-over in January 1933. 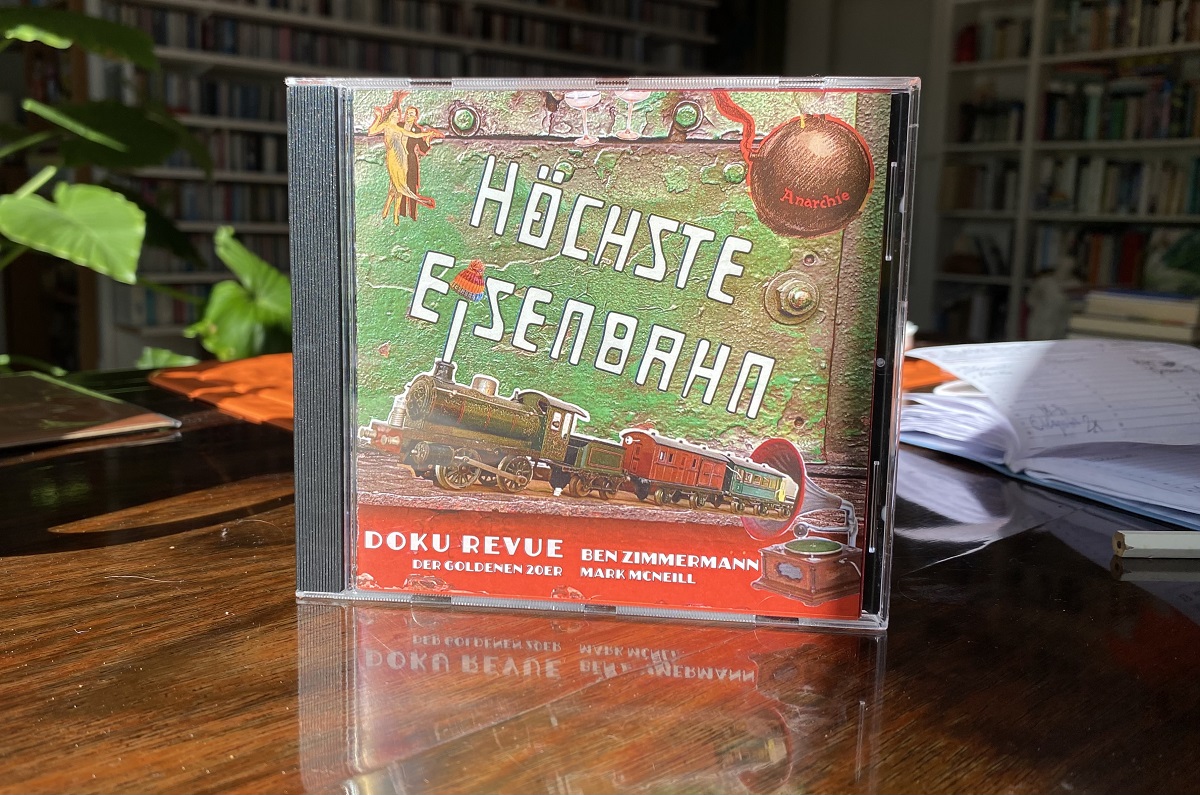 Mr. Zimmermann has performed this song selection various times, and seeing him is astonishing because he’s a great actor who can communicate the emotional moods of these famous Friedrich Hollaender & Co. numbers well – with small gestures, a blink here, and a look there.

On record, where you don’t see him, the big plus is that he has a character voice and never tries to sing “pretty”. Instead, he sometimes just “talks” his way through the lyrics in a way that’s extremely effective. Because it makes you listen to the stories these songs tell. 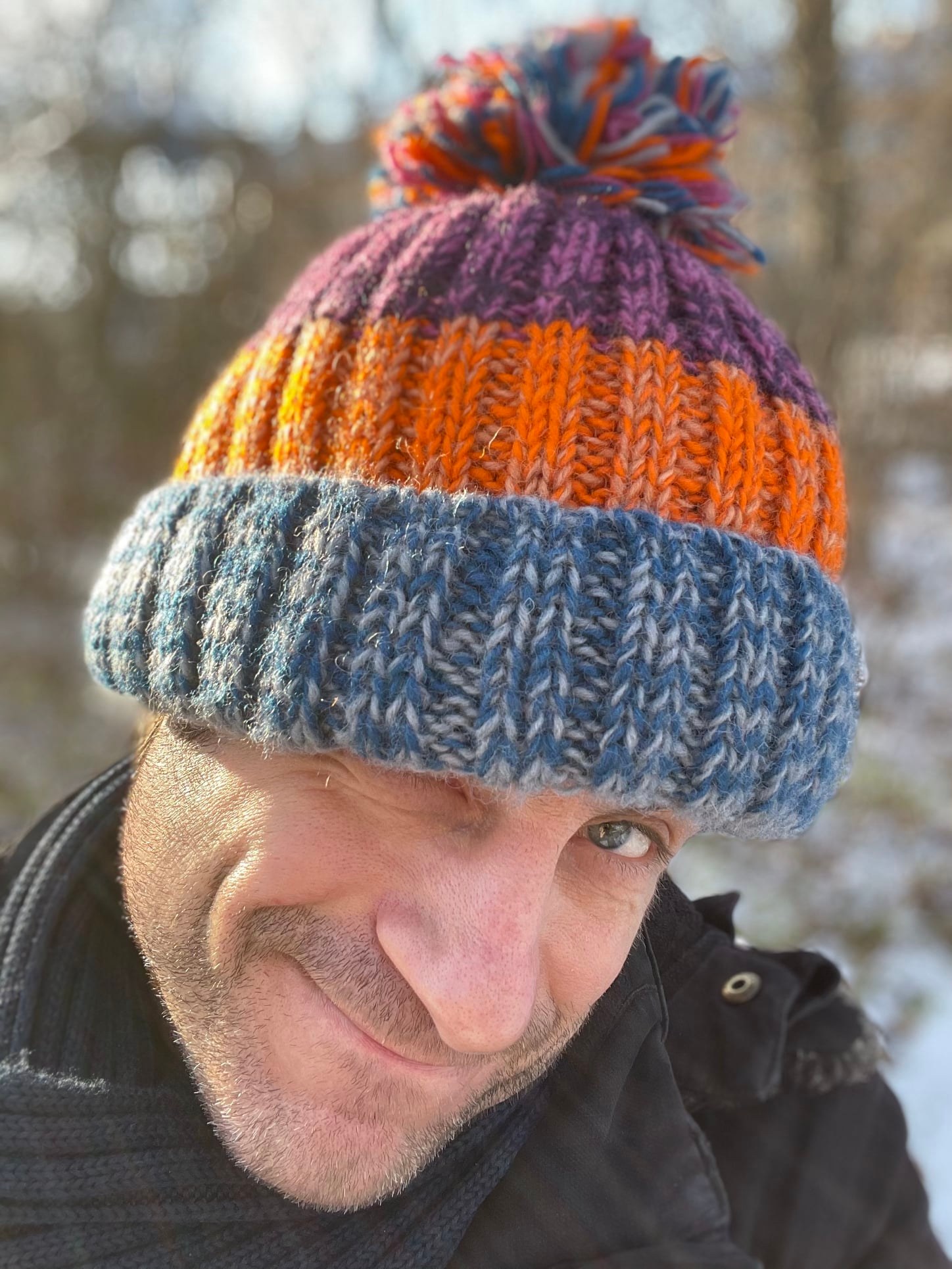 Apart from Hollaender’s immortal “Höchste Eisenbahn“ – written just before he had to flee from Germany one of the last trains out – there are glorious titles by Fritz Grünbaum (with music by Peter Kreuder) such as “Der kleine Wolf aus Olmütz” and “Das alte Lied”. There’s also Leo Fall’s “Es war einmal ein Musikus” – that would recommend Mr. Zimmermann for any operetta production; he milks these lyrics to the max.

The there’s “Dada” by Karl Hajos, lyrics by Fritz Löhner-Beda, too. The sheet music cover to this is part of Evelin Förster’s new book (for a review of that click here).

Other wonders are the “Liebeslied eines Gymnasiallehrers” and “Sensation im zoologischen Garten“. In total, there are 16 tracks, recorded at the Sound&Song Studio Berlin in times of lockdowns and Corona.

Mark McNeill at the piano is miraculous… you can tell he’s worked with Adam Benzwi at Komische Oper. He has that nonchalant way of making a splash. And sticking to every syllable, molding to music to the lyrics. He can also produce an irresistible swing (surprisingly with Hollaender’s “Fox macabre” of all things, which is an interesting interpretation). 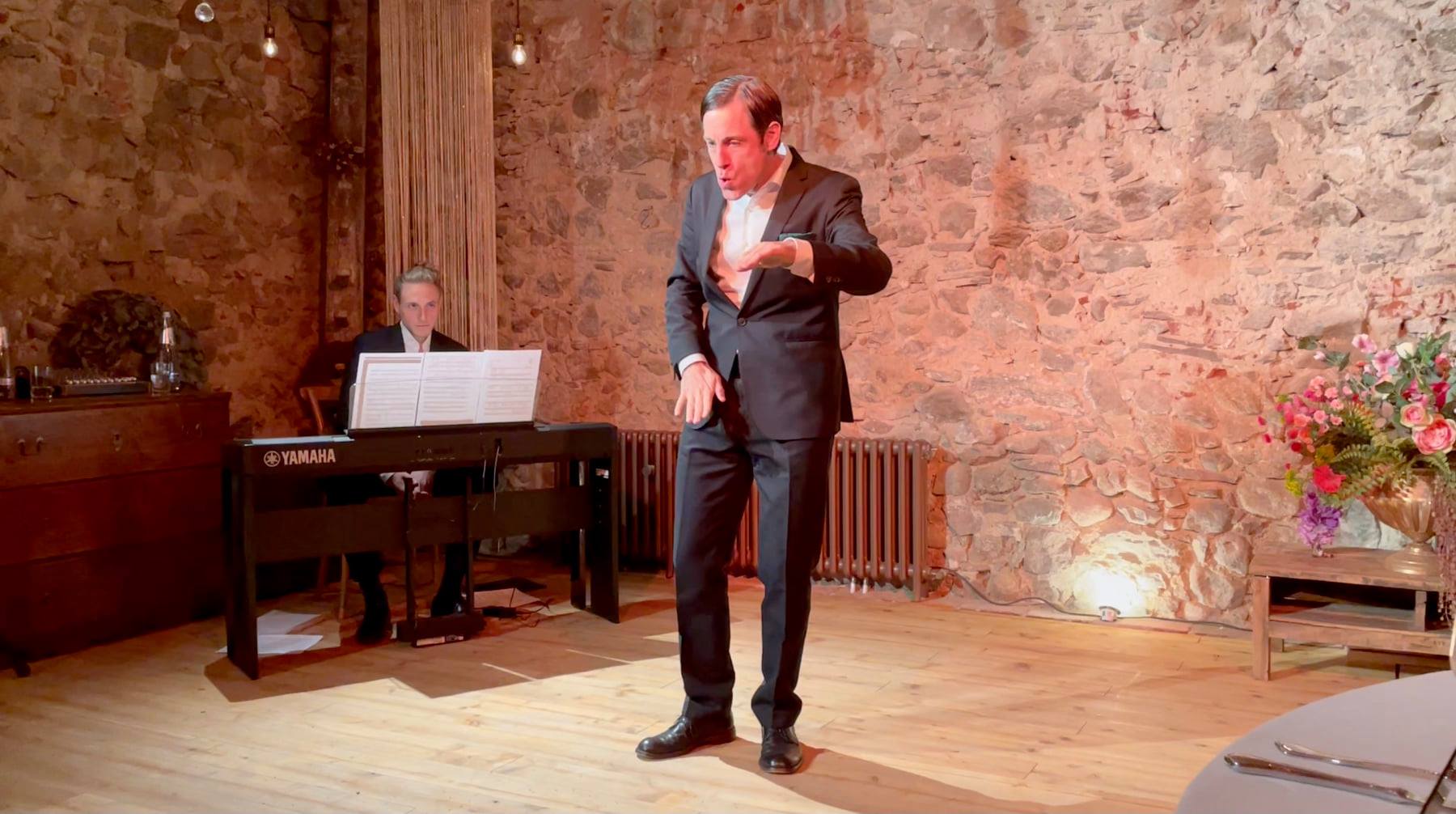 To order the CD you should write to Ben Zimmermann directly, or go to one of his upcoming CD presentations, e. g. on 26 June at WABE in Berlin. The album will be on sale there. And you can actually see Mr. Zimmermann and McNeill in the flesh… which is well worth it.