The ever-enterprising Victor Herbert Renaissance Project Live! concluded its shortened season with one of Herbert’s most popular titles, the 1905 Mlle. Modiste. This had originally been intended for the company’s French-themed season in 2019/2020, necessarily truncated because of the pandemic.

Fifi, originally played by soprano Fritzi Scheff who made a career-making splash in the role, has dreams of being a professional singer. A wealthy visiting American, Hiram Bent, becomes her benefactor. When she returns from England, an established concert artist, to sing at a charity bazaar, she charms the Count, and she and Etienne are able to unite at last.

Neil Gould, in his excellent biography of Victor Herbert, makes the persuasive point that the show was genuinely groundbreaking in its integration of songs and script, and the accurate reflection of societal issues of the day (e.g. class distinctions, the role of women) make the work as innovative, in its way, as Show Boat was credited with doing in 1927.

Over the years, the work has had a decent number of airings in New York. It was revived by Light Opera of Manhattan in 1979, and by Mel Miller’s Musicals Tonight! in 2006. And this is the third go-round for VHRP Artistic Director Alyce Mott who first adapted the work for the Little Orchestra Society concert version in 2001 under the accomplished baton of the late Dino Anagnost. Then came another incarnation of the Mott version at Light Opera of New York in 2010. 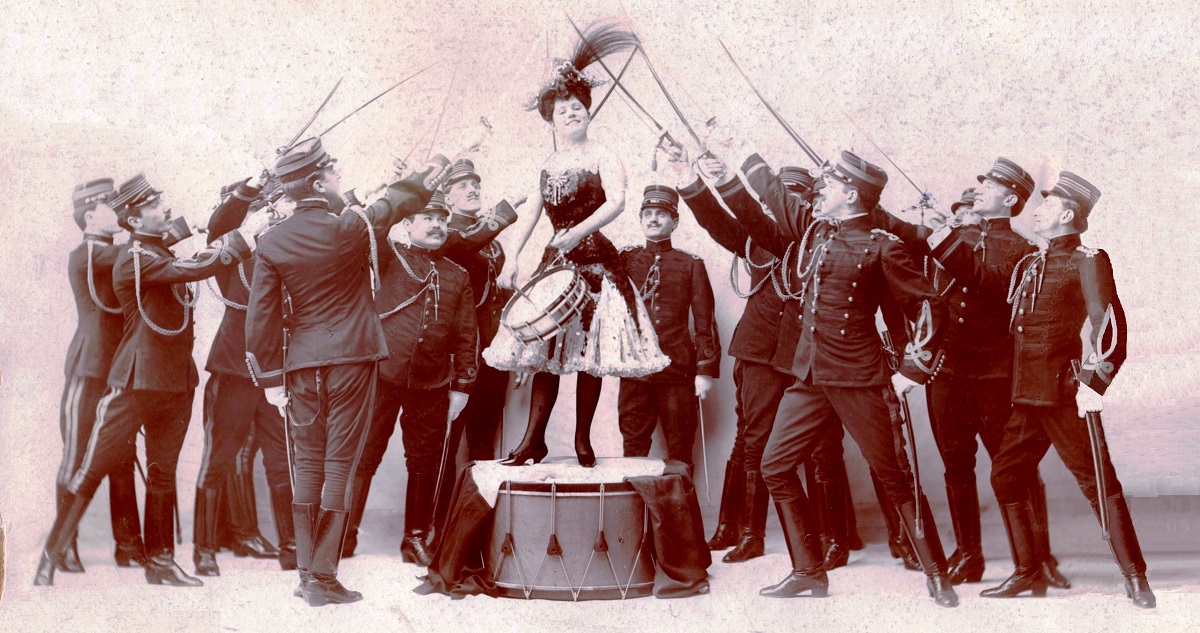 Fritzi Scheff, with drum and male chorus, as “The Mascot of the Troop” in the 1905 production of “Mlle. Modiste.” (Photo: John Guidinger Collection)

And now the present production which is the fullest account of the score and Henry Blossom’s original script, missing, I think, only some of the ballet music, and the act 2 opening chorus of footmen.

Soprano Sarah Caldwell Smith, who had previously impressed with Fifi’s three-song medley, including the score’s evergreen “Kiss Me, Again,” at a VHRP concert, played Fifi and brought vivacity and charm to the demanding role, including her second act showpiece, “The Nightingale and the Star.” The audience echoed the pleasure evinced by David Seatter as Hiram who watched her singing those numbers with genuine admiration. 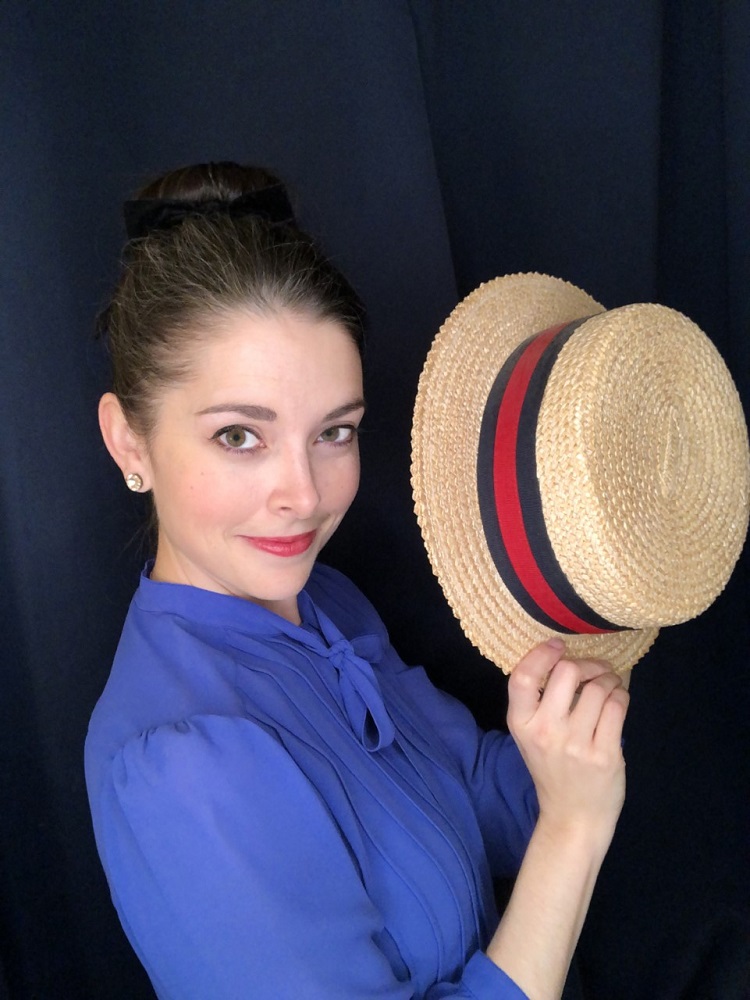 Seatter, who brought his usual dapper appeal to the role, got to sing the pleasing “Dear Little Girl Who is Good,” originally for the minor character of soldier Rene. (Some streamlining and juggling is forgivable as the original production had a cast of 85!)

Susan Case was amusing throughout as Hiram’s provincial wife, scoring vocally in the second act with her comic description of “The Keokuk Culture Club” back home in Iowa. 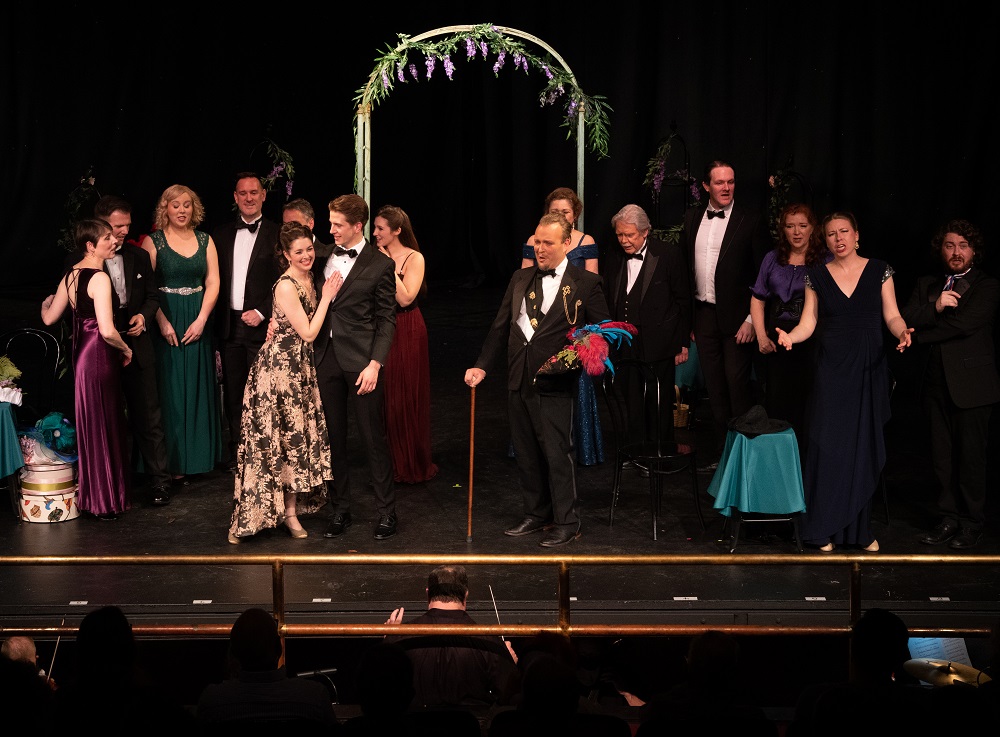 The Grand Finale of the 2022 performance of “Mlle Modiste” in New York. (Photo: Jill LeVine)

Mme. Cecile’s son, Gaston, whom she intends to marry off to Fifi, to keep her working in the shop, was well sung by Vince Gover who excelled with the amusing “Ze English Language” sharing some of the song with Mme. Cecile. It was curious to have both Gaston and Mme. Cecile suddenly affect French accents which they had not been using heretofore but it was surely the only way to make sense of the amusing lyrics, a French speaker’s puzzlement over English slang.

Hannah Holmes, subbing as Mme. Cecile for the indisposed Alexa Devlin, did a fine job as both the scheming proprietor and occasional narrator, that device a holdover from Mott’s Little Orchestra Society version. 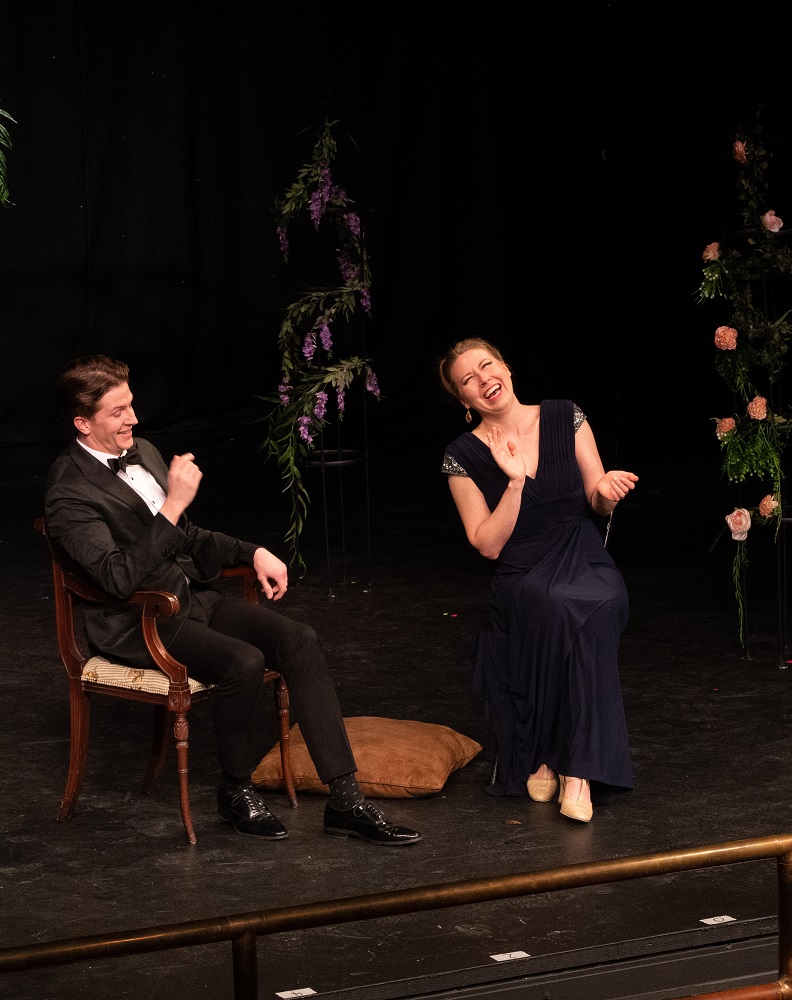 Christopher Robin Sapp, who did so well in VHRP’s The Only Girl last month, had another fine outing as Etienne starting with “The Time and the Place and The Girl” and, in the second act, a superbly delivered comic number “Love Me Love My Dog,” originally Gaston’s.

Gaston, in turn, was compensated with the cut character of Francois’ tuneful “I Should Think That You Could Guess.” Matthew Wages as the Count made the most of his one vocal moment, an outstanding and show-stopping “I Want What I Want When I Want It.”

Integrated dancing would not be part of a Herbert show till the 1913 Sweethearts, but Christine Hall designed some graceful movements for the musical numbers.  And Mott directed her cast with even greater facility than last month on the new venue’s larger playing area. 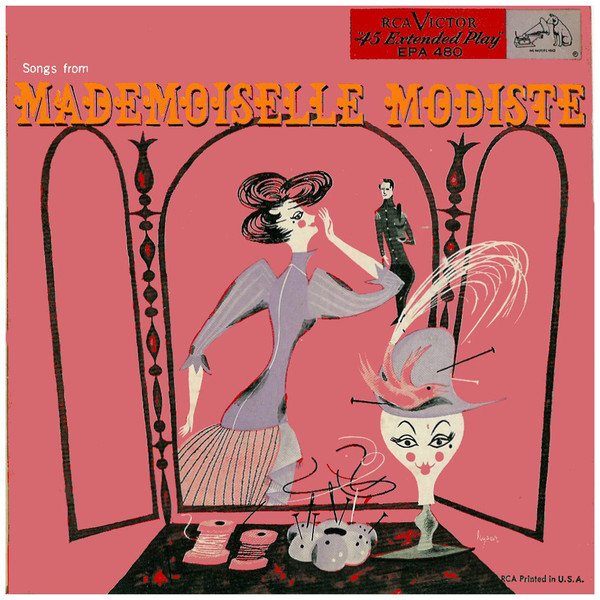 You can hear Fritzi Scheff at the age of 74 singing her hit song from Mlle. Modiste (which is quite spectacular):

Mott has already announced the 2023 spring season which will include The Red Mill, one of Herbert’s most popular, and a fuller version of her previously produced rarity, Cyrano de Bergerac.