LOONY’s real season doesn’t get underway till 2014 when they’ll be doing full productions of Sigmund Romberg’s The New Moon and Victor Herbert’s Orange Blossoms. But, in anticipation of those events, the enterprising company presented a one-night reprise of Herbert’s one-act Lohengrin spoof, which they had previously mounted in 2008. 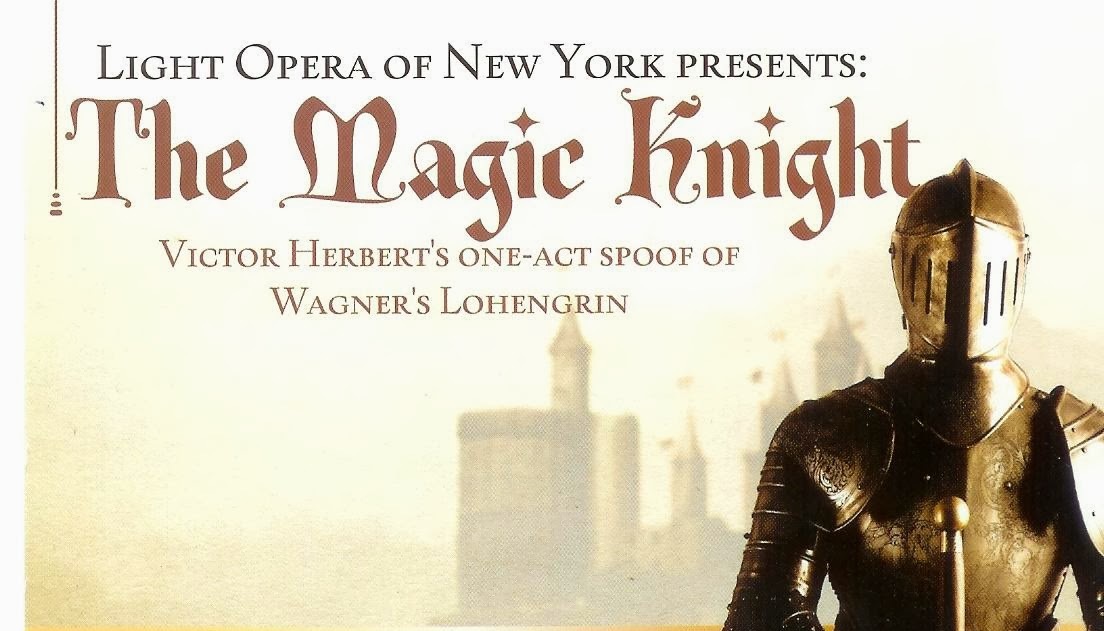 Poster for LOONY’s production of Herbert’s “Dream City and the Magic Knight”, 2013.

Even with only piano accompaniment (and that was most excellently provided by David Mayfield), the wit and charm of the piece – originally part of a double bill that included Herbert’s Dream City when it premiered in 1906 to rapturous reviews — shone through.

Since it’s such a short piece, LOONY preceded it with an audition skit which allowed the singers “auditioning” for The Magic Knight to perform various other items.

For The Magic Knight, these excellent soloists were joined by a chorus of seven which generated a satisfyingly rich sound. The piece included a virtuoso coloratura number for Britt as Elsa (which she sang to the hilt), and an infectiously tuneful vaudeville-style number for Lohengrin (Miller) called “Ta Ta.”

The Magic Knight, incidentally, will be done again next summer at Ohio Light Opera with its Dream City companion piece, and a full orchestra.