True, most people will not think of Willem Mengelberg as an operetta conductor. Instead, he became internationally famous for his Beethoven, Brahms, Mahler and Richard Strauss interpretations, apart from the many other “classical” composers he performed with “his” Concertgebouw Orkest. Many of these performances have been recorded and released in box sets. In some of these boxes you sometimes find surprising gems: one of them is the overture to Franz von Suppé’s Poet & Peasant. I must confess that for me this is one of the best Suppé recordings I ever came across. 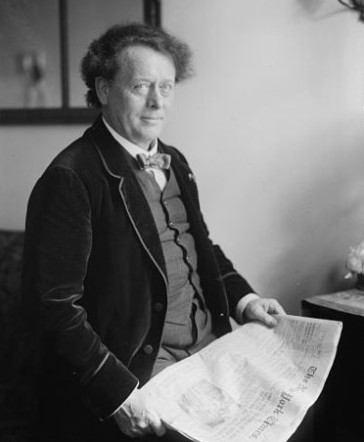 Willem Mengelberg reading the New York Times during on of his stays in the USA.

Years ago, in a second hand CD shop in Amsterdam’s Utrechtsestraat I found a 3 CD set with The Complete Columbia Recordings, Vol. II. Because of the various Tchaikovsky tracks on there that I did not yet have, and because of the rare recording of Mahler’s “Adagietto” from the 5th Symphony, I bought it. But it was the first track on CD 1 that really blew me away: a Suppé overture recorded on 11 May, 1932. There are various reasons for finding this particular recoding of this often-recoreded overture outstanding. First of all, that solo cello in the D major introduction really “sings.” I know no other version on record where the cellist plays with such melting tone and such feeling for rubato. Here, it is Mariz Loevensohm who turns what can be a simple and boring little melody into a belcanto spectacular of the highest order. It’s simply: wow.

But just when you think you are about to drown in elegiac feelings, Mengelberg dives into the D minor allegro section and shows what “drive” can be developed with Suppé’s music. Even in his most furioso moments with the syncopated main theme, he never misses accentuating the tune at all the right (and surprising) places, he allows the melody to breathe and develop by freeing it from the rigid tempo pattern many other, modern, conductors force upon this music. And when the lyric B major tune sets in, Mengelberg let’s it bounce along liltingly like the joyful little mini-waltz it is.

In the “stretta” he wraps it all up (with a little cut in the final repeat section) and drives his musicians to a rousing climax, the same way he does when conducting Beethoven and Brahms.

Funnily, there has just been a re-issue of Mengelberg recordings on Decca, but this Suppé gem is not included there. Probably because many “serious” music lovers consider Suppé too “popular.” And most operetta fans will probably not know this recording because they would never think of Mengelberg as an “operetta man.” Well, he obviously was, and a happy one at that. 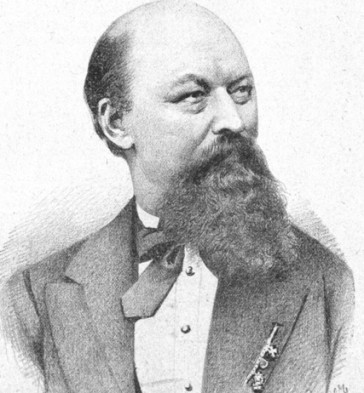 His way of conducting Suppé and thus early Viennese operetta music is a master class in how it should be done: give the melodies all the freedom they need to unfold, use rubato and portamento to allow the lyrical side of the tunes to fully blossom, never lose the accentuation of your tuttis because otherwise you lose the shape of the music. Plus: never forget to make the listener aware that you are actually enjoying what you are playing. The energy level of this Mengelberg recording is the same as in his famous Beethoven interpretations. It can light up an entire universe. And that, too, is something very often missing in contemporary operetta performances, be it in Mörbisch or Ohio or Dresden. Mengelberg has his musicians sit on the edge of their chairs and he drives this music home like few others in operetta history have done. If you do not want to buy the full 3 CD set on Pearl, his one-of-a-kind recording can also be enjoyed on YouTube. Maybe not in the same sound quality, but it will give you a pretty good idea what I am talking about. And maybe you’ll understand why I get so carried away when listening to this, again and again.