It is not quite an “indecent proposal,” as in the 1993 Robert Redford movie. But still, it’s a stunning offer: “4 for 45, from a selection of over 1,800“! That’s how the Warner Online Archive advertises its big sale in which you can get four DVDs for 45 Dollars, at least if you are within the USA. Among the titles are many operettas that are worth having. Not just classics such as The Merry Widow, The Student Prince or Maytime, but also rarities like Kalman’s woodoo spectacle Golden Dawn. 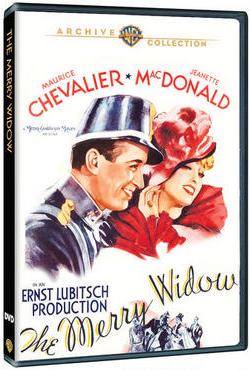 For most musical theater buffs in the United States, the Jeanette MacDonald/Nelson Eddie movies will be familiar (Naughty Marietta et al), just like many of the other Hollywood adaptations of famous Broadway operettas, including Friml’s Firefly. But in the German speaking operetta world many of these big screen versions are completely unknown, and that includes the original shows themselves. To name just a few: Show Boat, the aforementioned Student Prince (at least if you live outside of Heidelberg itself), or the dazzling Wonderbar based on the 1930 Viennese cabaret operetta Die Wunder-Bar: Ein Spiel im Nachtleben by Karl Farkas and Géza Herczeg. It premiered at the Wiener Kammerspiele, went straight to Broadway where Al Jolson starred, and then in 1934 it was turned into a movie directed by Lloyd Bacon and choreographed by Busby Berkeley. The original show included the song “Wenn die Elisabeth nicht so schöne Beine hätt’” – a true Gassenhauer.

It is well worth investing in these DVDs because they offer a very different way of “doing” operetta than, for example, the German operetta films from the Nazi Era or post-WW2 times.

There are no equivalents to Peter Alexander, Johannes Heesters of Marika Rökk here. The approach is – in nearly all cases – grander and more cosmopolitan. Something sadly lost in German language operetta films after 1933, if you do not count the movies made in exile by Rosy Barsony or Max Hansen. 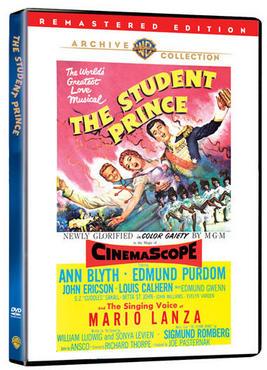 The 1954 movie version of “The Student Prince.”

Even if you do not buy any of the films, you might enjoy browsing through the Warner page because there are short trailers to nearly every title. They give you at least some idea what the “American Operetta Style” once was – something very different to the current style as seen at the Met with their new Merry Widow production that will be shown in movie theaters worldwide on 17 January 2015. There simply is no (favorable) comparing of MacDonald and Maurice Chevalier in the Lubitsch version with Renée Fleming and Nathan Gunn in the Susan Stroman staging. It seems a once “natural” and “polished” American way of operetta performance has been lost. But the memory lingers on in films like these, and Warner has done a great job in restoring and editing these classics, and getting them out there for everyone to see. Again and again.