This is a reasonably compelling, resourcefully staged, and certainly richly designed story of slave trader John Newton and how he came to renounce his evil ways, eventually writing the words to the famous hymn that gives the show its name. 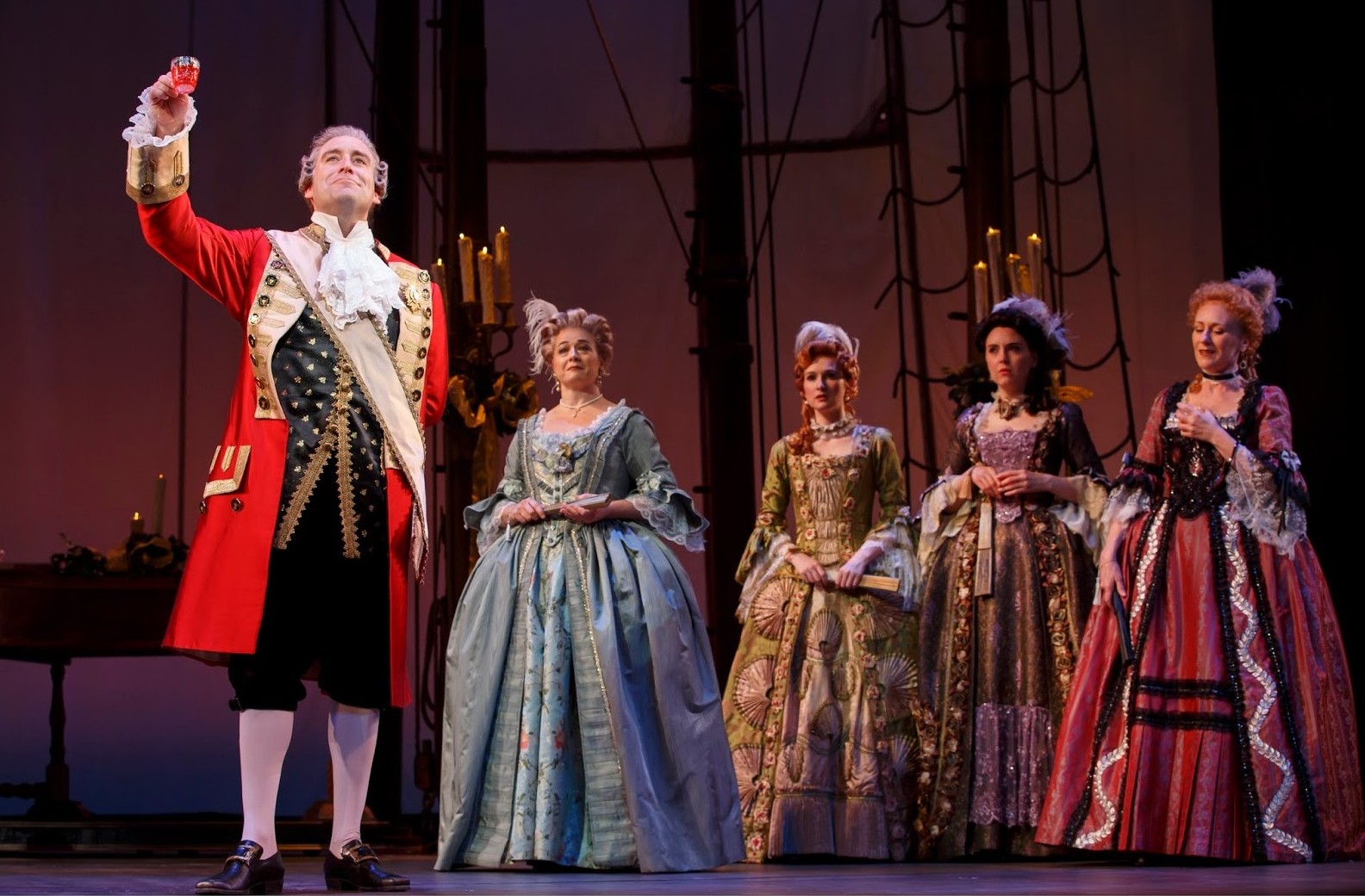 That song apart (and we hear it only at the end of the show, quite movingly sung), the score by first timer (and, according to his Playbill bio) self-taught musician) Christopher Smith is merely generic in the familiar pop opera mold. Though it never delivers the memorable melodies of Lloyd Webber or Schoenberg, it is, at least, commendably free of the mindless bombast of so many other works of the genre.

And when the singing stops, and the drama takes over, the show has some decent – if clichéd – straight scenes; it reminded me of those good live-action Disney films of the 1950s and 1960s which dramatized historical subjects. Smith co-wrote the book with Arthur Giron, and it does hold your interest, though, as in those Disney films, historical truth has taken second place to dramatic license. Newton’s life was far more complex, he did not abandon the slave trade overnight, and his conversion was much more profound than as dramatized here. But the script is compelling enough to make you want to know more about what really happened.

Gabriel Barre’s direction is admirably clear and unfussy, and though the show is mostly composed of intimate scenes, there are two rather spectacular set pieces, a shipwreck involving an underwater rescue and a powerful storm at sea in the second act.

Performances are capable throughout, and in some cases more than that, though English accents are pretty dodgy. I kept having to remind myself that the story wasn’t taking place in, say, colonial Boston. Laiona Michelle as the heroine’s faithful Nanna, and Chuck Cooper as Thomas, manservant to Newton give especially fine, dignified portrayals, and Harriet D. Foy has a field day as the manipulative Princess Peyai, a slave trader who captures Newton after the shipwreck off the coast of Sierra Leone. There are, incidentally, some realistic depictions of slave auctions, strong stuff for a musical.

Josh Young is an impressive singer and acts well enough as Newton, but I felt we was perhaps a shade generic for the part, while his faithful love Mary Catlett, as played by vocally adept Erin Mackey, is rather cool in the Kelli O’Hara manner.

Veteran Tom Hewitt as Newton’s long-suffering father does his best with a caricatured role (his relationship with son John made to parallel that of the Prodigal Son). Chris Hoch has the thankless task of playing Major Gray, the show’s villain who contrives to get Newton gang-pressed to sea, so he can woo Mary himself.

Eugene Lee and Edward Pierce’s scenic design, dominated by nautical rigging, is quite striking, and I couldn’t help remembering that this was the very same stage that once held Billy, a short lived musical version of Billy Budd which closed, undeservedly, after a short run back in 1969. Toni-Leslie James’ costumes are a period eyeful, Ken Billington and Paul Miller’s lighting design is also very fine. A special nod is due sound designer Jon Weston for a fine, naturalistic ambiance.

The show is not to be confused with the 2006 film of the same title in which Newton (as played by Albert Finney) figured, but was focused mainly on the abolitionist William Wilberforce.