Bret Easton Ellis’ once – and perhaps still – notorious novel about an affluent Wall Street investment banker/serial killer, the basis of a popular 2000 film with Christian Bale, is the unlikely source for the latest musical by Duncan Sheik, composer/lyricist of Spring Awakening with a book by Robert Aguirre-Sacasa. 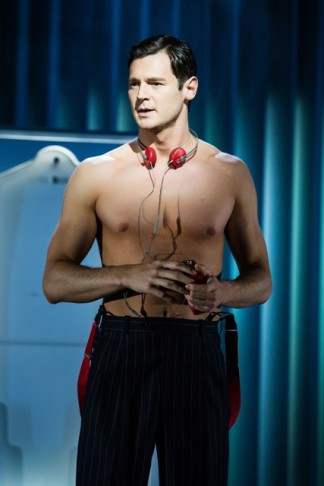 Sharply directed by the eclectic Rupert Goold – whose King Charles III was one of this season’s dramatic high points – and stylishly designed on a predominantly white and gray set (when it isn’t sprayed with blood) by Es Devlin, and brilliantly lighted by Justin Townsend, the production wittily captures the materialistic ethos of the 1980s which Ellis satirized. (Sheik has seamlessly incorporated a handful of actual 1980s numbers into the fabric of his electronic score.) The production originated, like Goold’s last, at London’s Almeida Theatre (in conjunction with Headlong) in 2013 where it starred Matt Smith of Dr. Who fame.

He is cold as ice, yet strangely vulnerable, one minute viciously killing a homeless man, the next waxing sentimental over the musical Les Miserables, and amusingly (or scarily) idolizing the 1980s Donald Trump. And Walker’s singing and dancing chops are also tops. 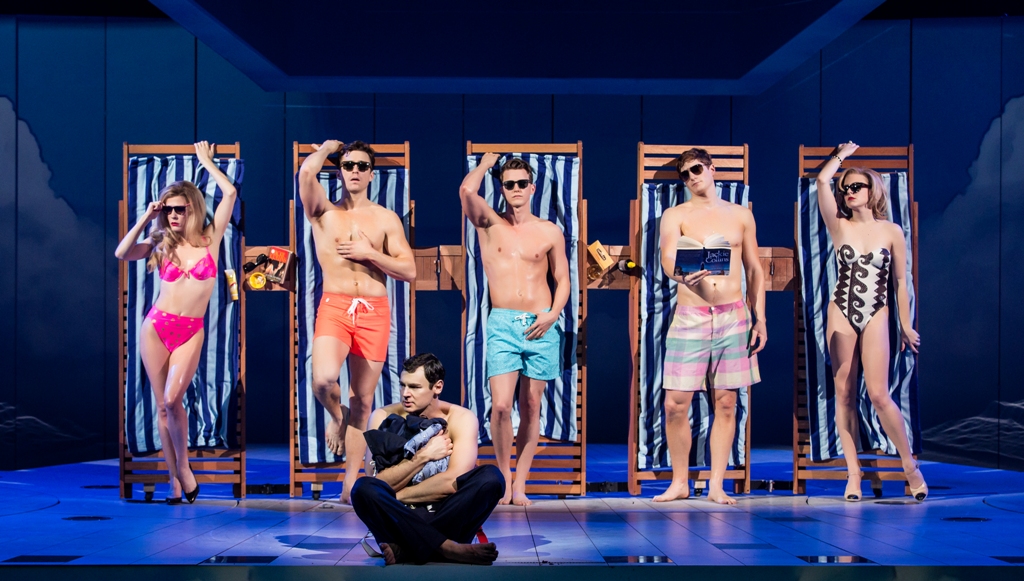 Helene Yorke is his vapid girlfriend Evelyn; Jennifer Damiano his sweet secretary Jean; Drew Moerlein his business nemesis Paul Owen; Jordan Dean his closeted gay associate Luis; Morgan Weed is Luis’ fiancee Courtney with whom Bateman is having an affair; and Theo Stockman, Dave Thomas Brown, and Alex Michael Stoll his other associates. All are fine. There’s good work too from Keith Randolph Smith as the detective who comes sniffing around Bateman after another character’s disappearance. Alice Ripley plays his mother and other roles. 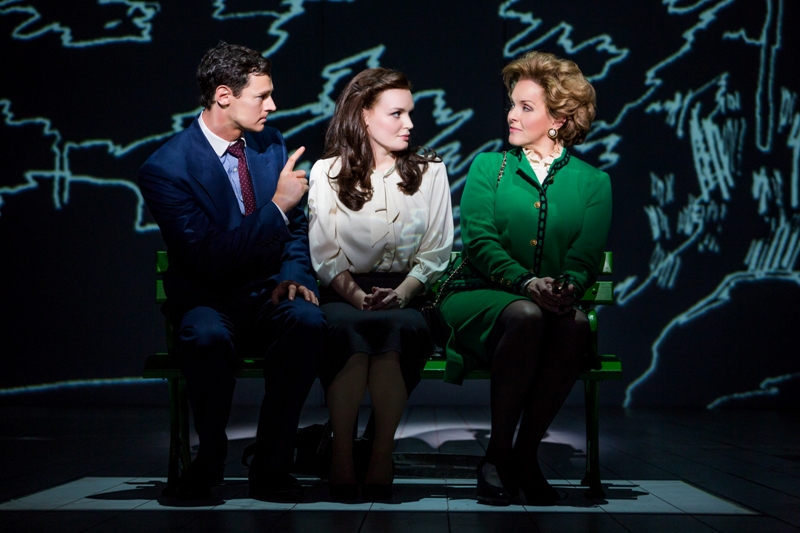 Katrina Lindsay’s costumes are quite skimpy for some, including Walker who spends a lot of stage time in his Ralph Lauren underwear. 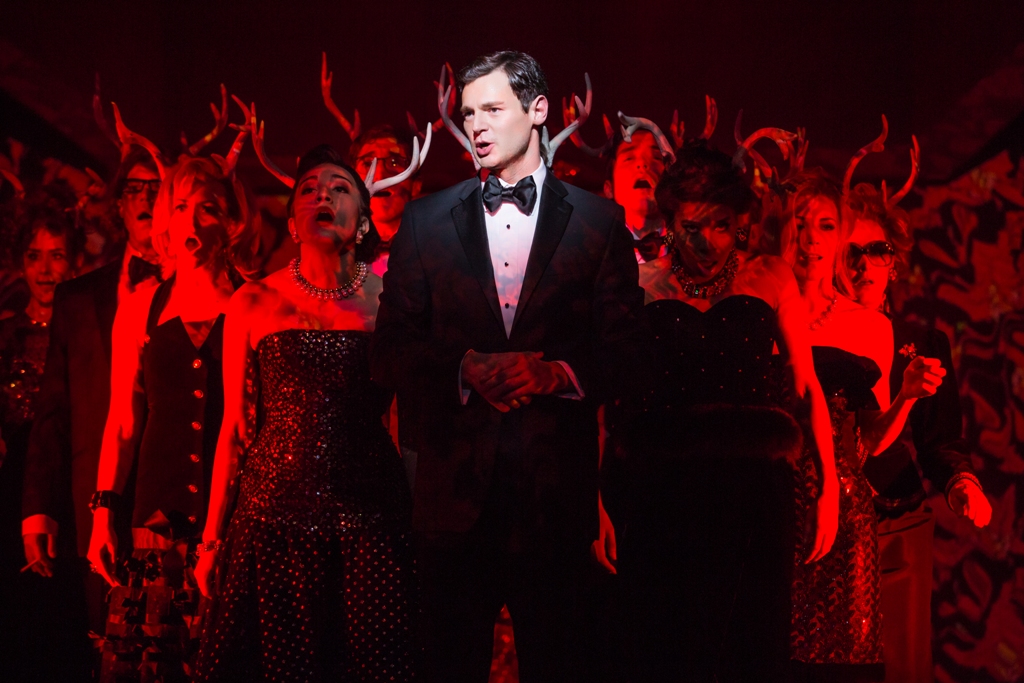 Goold has staged this unusual musical very stylishly with Lynne Page’s jagged, frenetic choreography just right for the era and milieu. The subject matter will be off-putting to many, but the production is not without a moral perspective which makes the whole palatable.