Victor Herbert’s wildly popular 1897 comic operetta, The Serenade, forever changed the landscape of musical theater in America and abroad! VHRP Live will present a “semistaged” performance of the rarely heard, original form, which has not been performed in New York City, or on the East Coast in over a century! 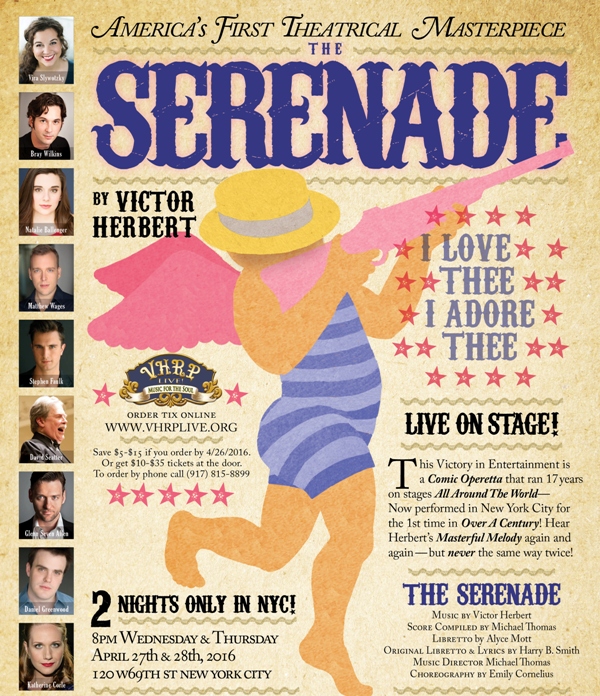 Poster for the 2016 production of Victor Herbert’s “Serenade.”

Herbert’s first major victory, The Serenade is known for a melody that sweeps the Spanish countryside, and a lighthearted storyline with a nearsighted guardian wooing the girl a youthful suitor wants to steal away. Audiences will be treated to Herbert’s marvelously melodic score, including songs such as “Cupid And I, ” “I Love Thee, I Adore Thee, ” “The Singing Lesson, ” “Gaze On This Face, ” “Song of the Carbine, ” “A Duke of High Degree, ” “Woman Lovely Woman.”

Get your tickets now for this strictly limited, two night engagement, on Wednesday April 27th and Thursday April 28th, 2016, at 8pm.