You might say: wow, the Americans are catching on! Or differently put, the announcement of the latest concert by the Victor Herbert Renaissance Project LIVE!, Angeline And Her Tattooed Man is easily the sexiest poster we’ve seen for such an undertaking in the USA in a very long time, certainly were Victor Herbert is concerned. 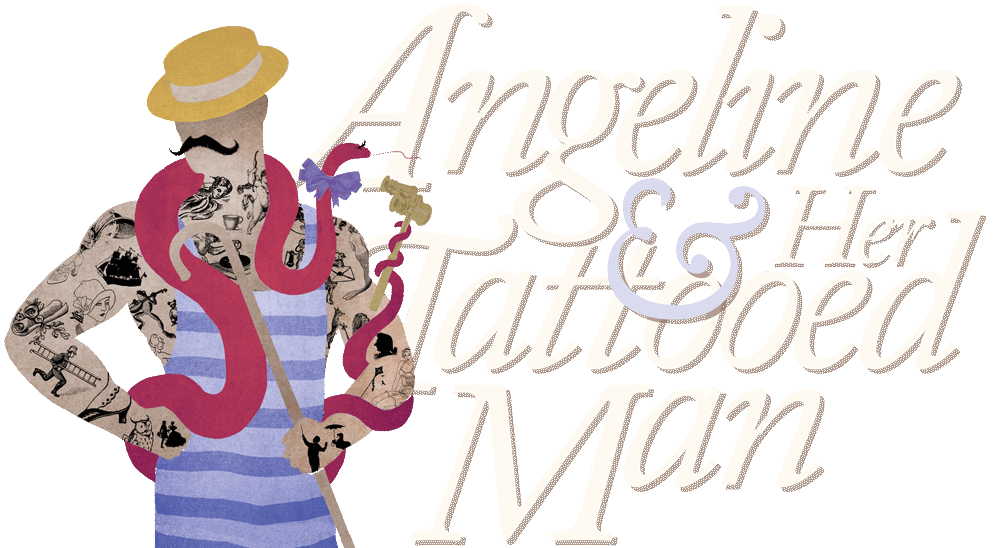 In this case, it’s a concert of songs focusing on humorous lyrics: “in a lineup that’ll have you smiling ear to ear, chuckling along, and even LOLing with us!” (Please notice the fully appropriate modern language used to announce a Broadway operetta concert.)

Accordings to VHRP LIVE!, Victor Herbert is “the master of American melody.” And what’s more, he was also wonderfully witty! That’s why “My Angeline” (aka the human snake) and her beau the “The Tattooed Man” (aka the human picture gallery) headline VHRP LIVE!’s billing in the company’s first performance this season.

On November 18th and 19th, they bring you a concert of comical songs that collectively celebrate the hilarious humor at the heart of many Victor Herbert scores. You’ll “discover the lost art of the chuckle” when you hear melodious music with tongue-in-cheek lyrics about amorous intrigues and social satire set to music from Herbert’s  Dream City and the Magic Knight, The Debutante, Babes In Toyland, Princess Pat,  Wonderland, Wizard of The Nile, The Idol’s Eye and more, performed by a cast of 12 “marvelously talented singers.”

For an extra treat, we’ve chosen a few especially funny songs for you, from Herbert’s The Fortune Teller  and The Serenade, to pique your curiosity and give you a taste of what’s coming up next in season two from the Victor Herbert Renaissance Project LIVE!