Though Broadway’s The Rothschilds in 1970 was far from a megahit on the scale of Jerry Bock and Sheldon Harnick’s Fiddler on the Roof, nonetheless, the musical crafted by the team and book writer Sherman Yellen concerning the famous 19th century Jewish banking dynasty, ran for over 500 performances and earned nine Tony nominations, winning two, even as it failed to turn a profit. 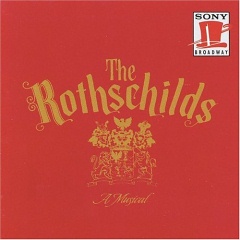 The original cast album of “The Rothschilds.” (Sony Broadway)

But a smaller revamped version by the American Jewish Theater in 1990 enjoyed a successful run. And now, the York Theatre Company has mounted a 1995 Coconut Grove Playhouse version with some new songs and lyrics and more of a focus on patriarch Mayer Rothschild and his five sons. The second act love interest for son Nathan in London – played originally by Jill Clayburgh incidentally – has been scuttled along with other characters, and the piece now plays for about an hour and 50 minutes without intermission.

At nearly two hours, the show could frankly benefit from a break, but in its present form, under the direction of Jeffrey B. Moss, it’s never less than absorbing.

The ever-reliable and always excellent Robert Cuccioli – who played son Nathan in the AJT revival – now assumes creator Hal Linden’s role of Mayer, and gives a fine, committed portrayal, as Mayer vows that the walls of the ghetto will come down his lifetime, as he sings in his showstopping number. The sons – played by David Bryant Johnson, Jamie LaVerdiere, Nicholas Moniardo-Cooper, Curtis Wiley, and Christopher M. Williams – are a strong, diversified group, and blend powerfully on “Everything” wherein they assert they are entitled to the same rights as everyone else.

Williams as principal son Nathan who’s sent to London to invest the money collected from Prince William’s debts does an especially credible job.

A very successful 1911 Carl Roessler play, Die fünf Frankfurter as well as a 1932 Hungarian operetta on the subject gave more prominence to the role of Mayer’s wife Gutele, and here, that part has been built up from the Broadway original, and is nicely played by Glory Crampton. Mark Pinter excels with three stylish portrayals (Prince William, Chancellor of the Exchkequer Herries, and Prince Metternich).

For all the care that has been lavished on this resurrection, it can’t be said the story is an intrinsically engaging as Fiddler, nor are the songs anywhere near as memorable. Still, Bock and Harnick were an outstanding team, and this is quality material.

The production is beautifully designed by York’s Producing Artistic Director James Morgan, with handsome costumes by Carrie Robbins. Music Supervisor Joseph Church’s chamber orchestrations, as played under the direction of Jeffrey Klitz, are quite lovely, though obviously no match for the lush Don Walker originals as heard on the original cast album. 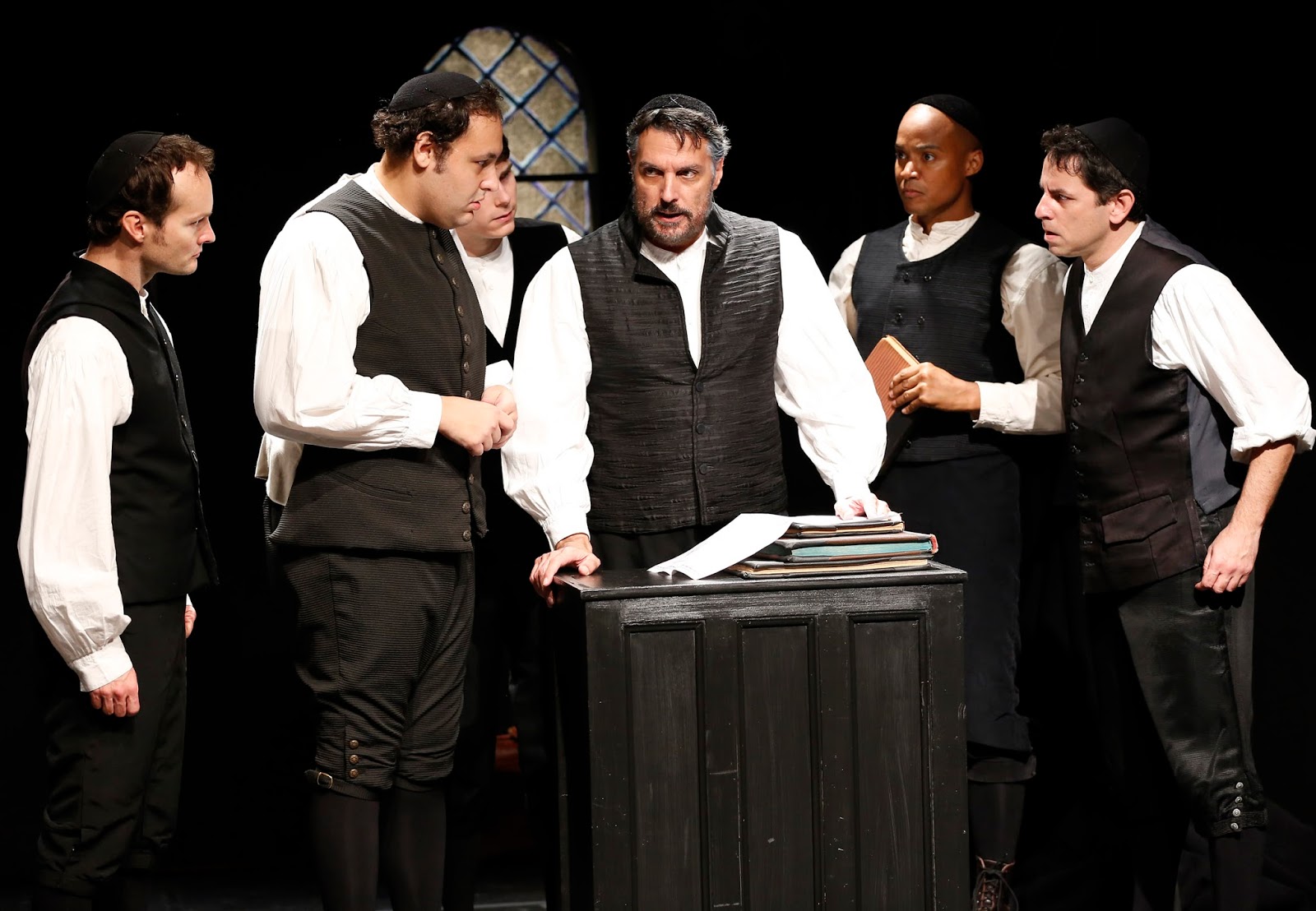