The small theater in Zwickau-Plauen (Germany) presented Victor Herbert’s much-loved Babes in Toyland as their Christmas spectacle and gave the show its first modern day German production. We spoke with the director, Jürgen Pöckel, and dramaturg, André Meyer, about their experience with US-American operetta and what chances they see for more Herbert on the German stages. 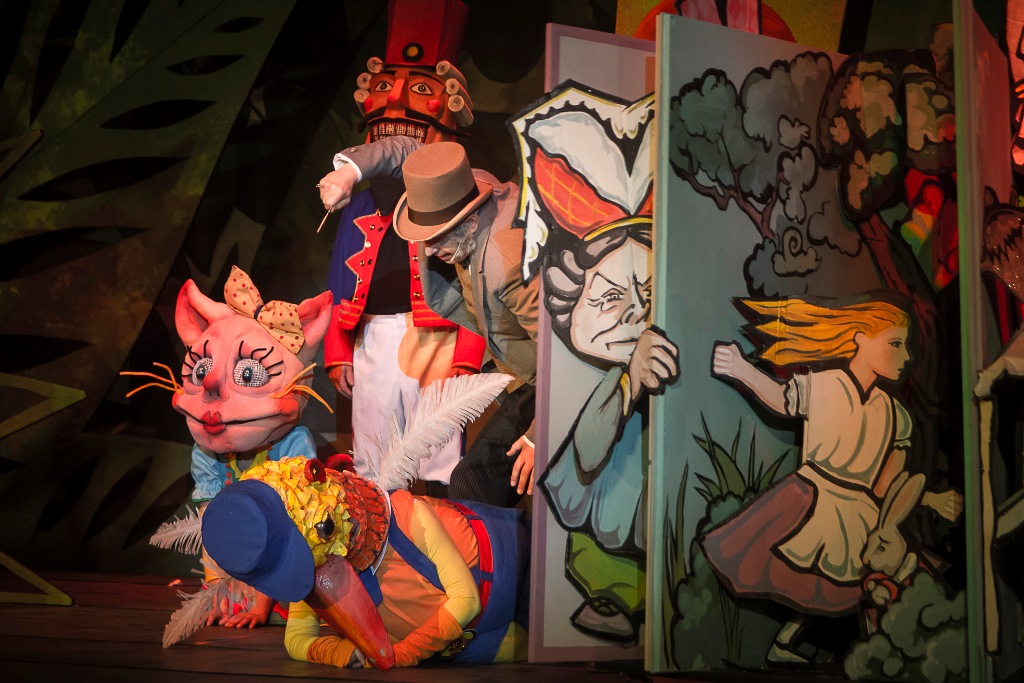 Marcus Sandmann as Barnaby with the toy chorus in the “Babes in Toyland” production in Zwickau-Plauen. (Photo: André Leischner)

Mr. Pöckel and Mr. Meyer, you dug up Babes in Toyland for a new and first modern day German production. What attracted you to this show that is virtually unknown in Germany, yet super famous in the entire English-language world?

The decision to include Herbert’s Babes in Toland in our schedule was actually pretty easy for us. We had been looking for a piece that was suitable as a Christmas fairy tale for children ages five years and older, plus for their families. At the same time we had imposed a ban of fairy tales by the Brothers Grim for this year, as they are always used for Christmas productions in German theatres. When we heard the Herbert music and learned that the piece had not yet been done in Germany, we were fired up. In addition, this operetta is very easy to cast with a regular ensemble.

In her book Residenzstadt und Metropole, zu einer kulturellen Topographie des Wiener Unterhaltungstheaters (1858-1918) Marion Linhardt documents various performances of British and US operettas in Vienna, among them works by Gustav Kerker, Ivan Caryll, Lionel Monckton, Paul A. Rubens, Osmond Carr and Victor Herbert. Why do you think that German and Austrian audiences, today, know practically none of these shows even though they were huge successes back then?

The performances of these works came at a time when a wealth of operettas premiered or were re-staged. It should not be forgotten that only two years after the premiere of Babes in Toyland, Franz Lehár’s Lustige Witwe played in Vienna for the first time. The repertoire was, in accordance with the market law of supply and demand, constantly exchanged. A production was a huge success on one day and was soon replaced by a new one, as the audience craved new things. This constant change and the changing public taste also fell victim to the initially successful operettas of US and British composers. Then the First World War came, followed by the period of the Weimar Republic with composers such as Lehár, Abraham, Kálmán and Künneke in Germany and Austria who included the idioms of American popular music in their shows. 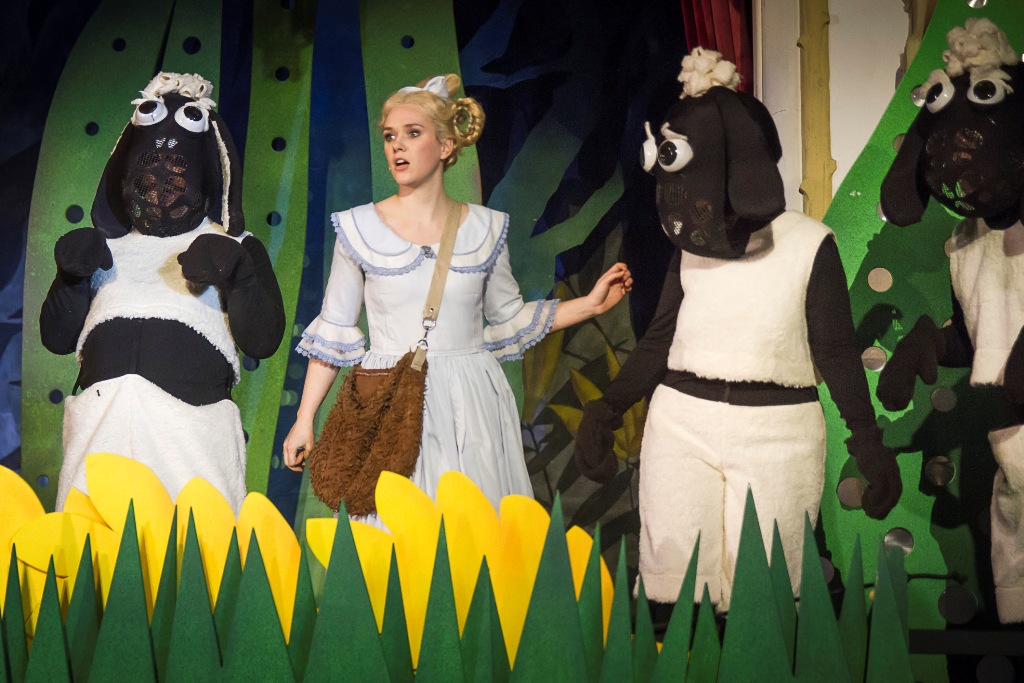 In America, composers such as Irving Berlin, George Gershwin and Jerome Kern began to establish a new genre that developed out of the works of Victor Herbert: the musical that finally conquered Europe after the Second World War. There was no room left for the previously created Broadway operettas, which were no longer performed in Europe and thus fell into oblivion. They are a victim of the rapid development of popular musical theatre. But it’s about time to rediscover this genre here because those US operettas often contain great and very well-crafted music. Herbert’s Babes in Toyland is proof of that.

Victor Herbert wrote an enormous amount of operettas. Why did you opt for Babes in Toyland and not one of the other shows?

Herberts and MacDonough’s Babes are an ideal work for the Christmas season: The piece has a Christmas theme already through the choir “Hail To Christmas.” In addition, the book of the play contains a lot of references which we also associate with Christmas in Europe. It skillfully plays with motifs from Dickens’ Christmas Carol, E. T. A. Hoffmann’s Nutcracker and the Mouse King and Barrie’s Peter Pan. 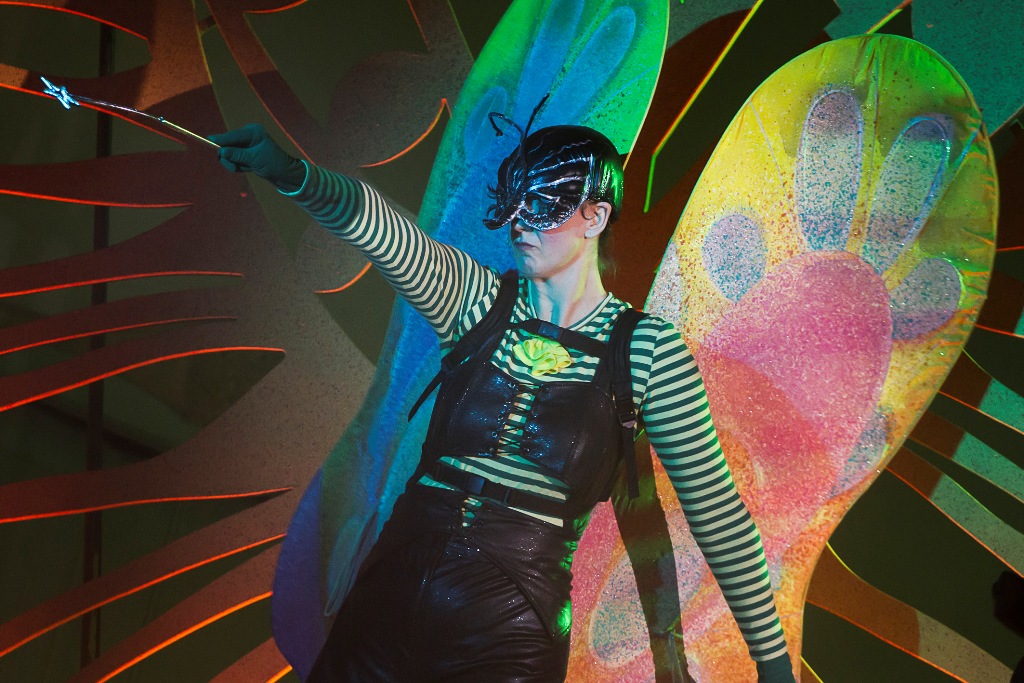 Manja Ilgen as the Butterfly in the “Babes in Toyland” production in Zwickau-Plauen. (Photo: André Leischner)

Since we were looking for a fairy tale for the Christmas season, there was not much arguing which Herbert operetta to select. In America, Babes in Toyland has long been one of the classics for the holiday season. And rightly so. The work fits perfectly as a child-oriented operetta but is also interesting for adults, as it contains a lot of irony. 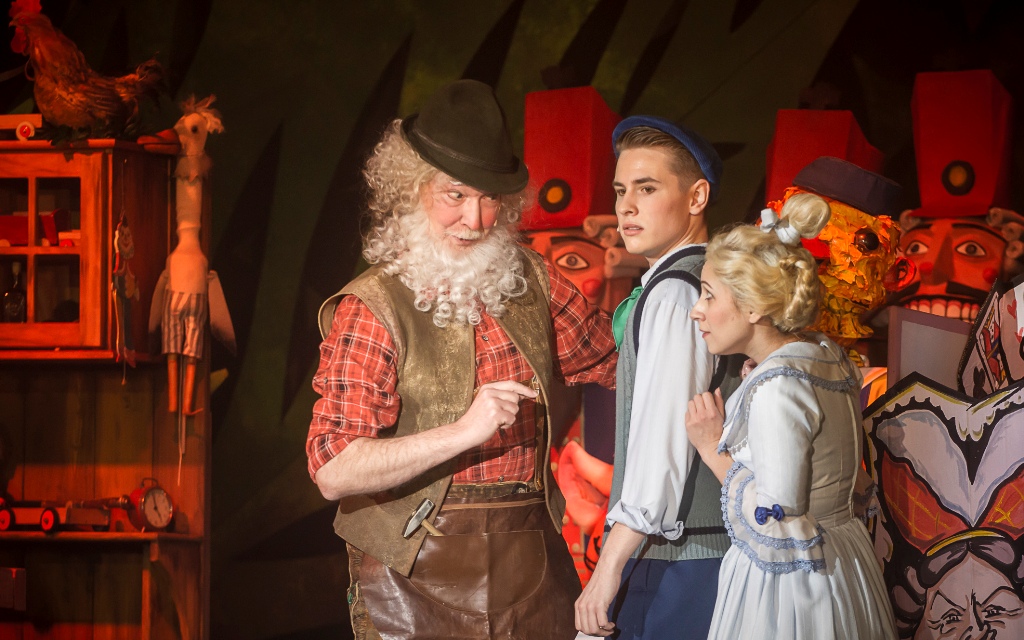 Herbert G. Adami as the Toymaker, Jakob Wirnsperger and Nataliia Ulasevych as the Farmboy and Mary in the “Babes in Toyland” production in Zwickau-Plauen. (Photo: André Leischner)

Northern Ireland Opera recently revived Herbert’s The Enchanters. The Victor Herbert Renaissance Project Live! is regularly bringing back his shows to New York City. Do you think a bigger revival in Europe might be possible – maybe even in Germany? What do you think might be interesting for audiences on this side of the Atlantic to discover in Herbert?

If several theaters decided to perform the works by Victor Herbert they would have a chance to find their audience in German-speaking countries. As I said: The music is very well crafted and goes straight to your ear. Herbert certainly finds his own musical language. A lot of it sounds familiar and yet it’s different. Melodically his inventions are just great and speak directly to the listener. And the templates can also be worked up for a European audience with wit and intelligence. It‘s a matter of trying. 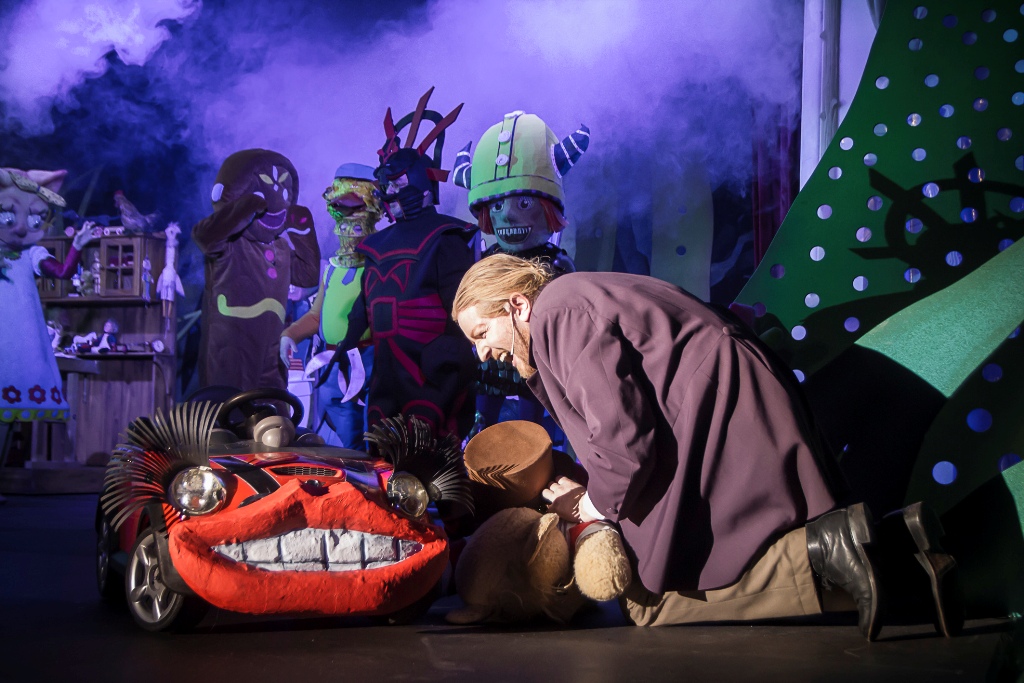 Benjamin Mahns-Mardy as Barnaby and the chorus in the “Babes in Toyland” production in Zwickau-Plauen. (Photo: André Leischner)

You are presenting your production in a comparatively small theater in Plauen-Zwickau. Do you think important operetta impulses can come from such a non-metropolitan area?

An old proverb says: There is nothing good unless you do it. Meaning, whether a performance takes place in a metropolis or a theatre in a smaller city, what matters most is that pieces that can give new impetus to the genre, or help to understand the genre’s tradition, are played at all, so audiences can see and hear them. 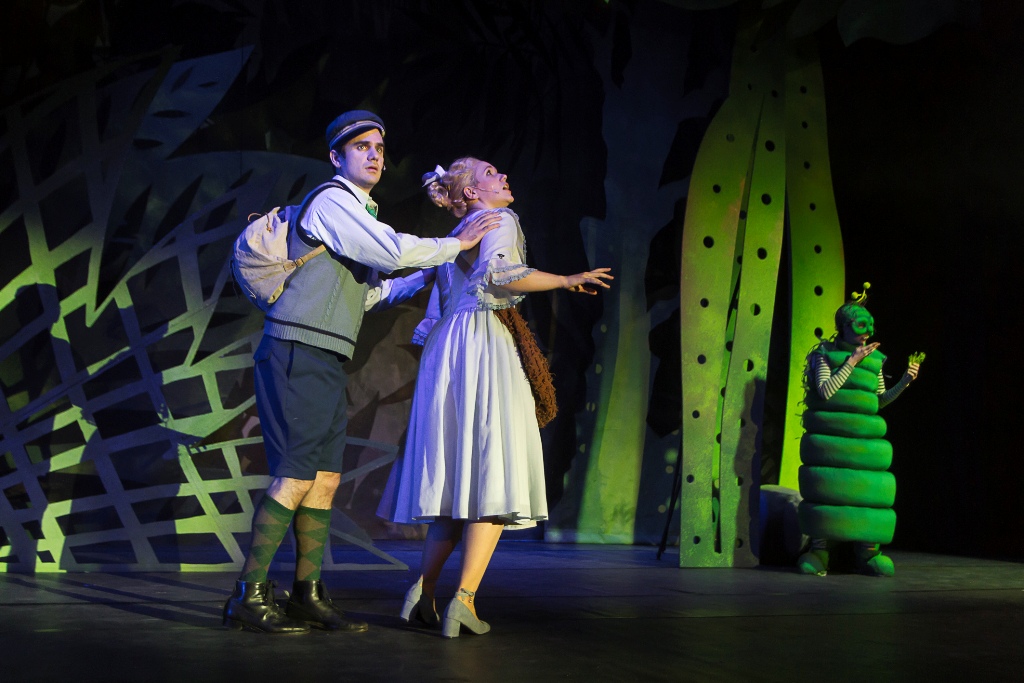 André Gass as the Farmboy and Christina Maria Heuel as Mary, with Stephanie Atanasov as the Butterfly in the “Babes in Toyland” production in Zwickau-Plauen. (Photo: André Leischner)

We received a lot of positive response after opening night, from publishers, journalists and other theatres. This definitely shows that even smaller houses can give important suggestions – and inspire other companies, big and small.