When Victor Herbert’s musical comedy The Debutante premiered in New York in 1914, it had the misfortune to occur the night before the opening of young Irving Berlin’s new fangled, dance-heavy musical Watch Your Step! featuring the hugely popular husband and wife team of Vernon and Irene Castle. As far as the public, if not the press, was concerned, Herbert’s show was rendered instantly old-fashioned. So suggests Neil Gould in his excellent biography of the composer. Interestingly, Herbert’s frequent book writer and lyricist Harry B. Smith worked on both shows. And his brother, Robert B. Smith, wrote the lyrics for The Debutante. 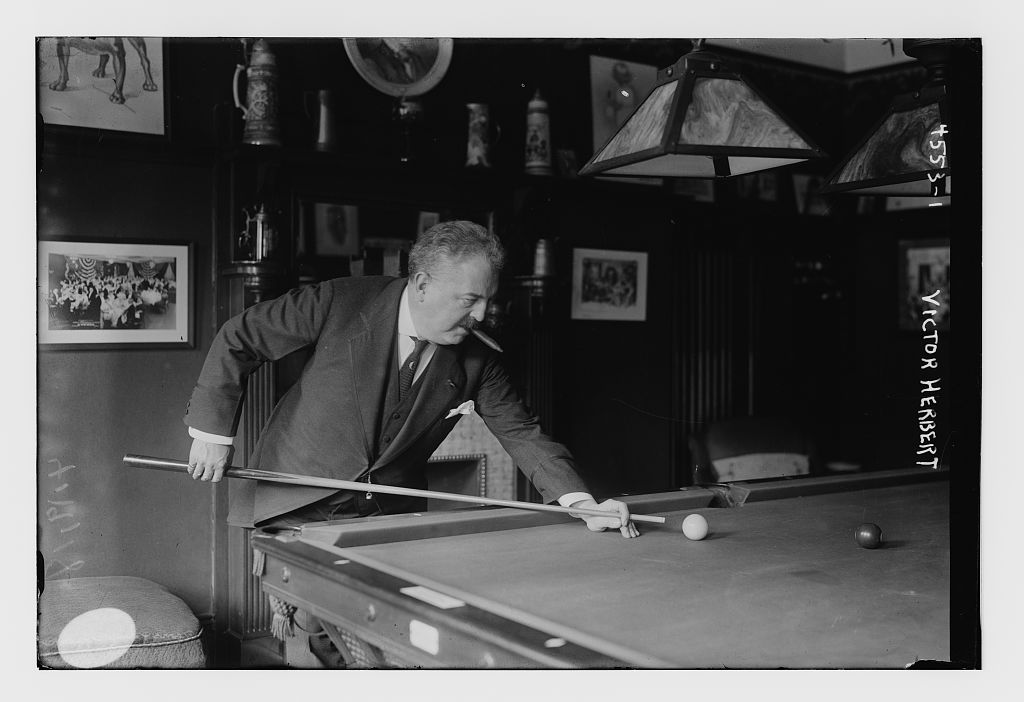 On the other hand, Edward Waters, who wrote the first comprehensive Herbert bio in 1955, felt the show was just plain inferior to Herbert’s contemporaneous The Only Girl which had opened only a month earlier to greater critical and popular success. 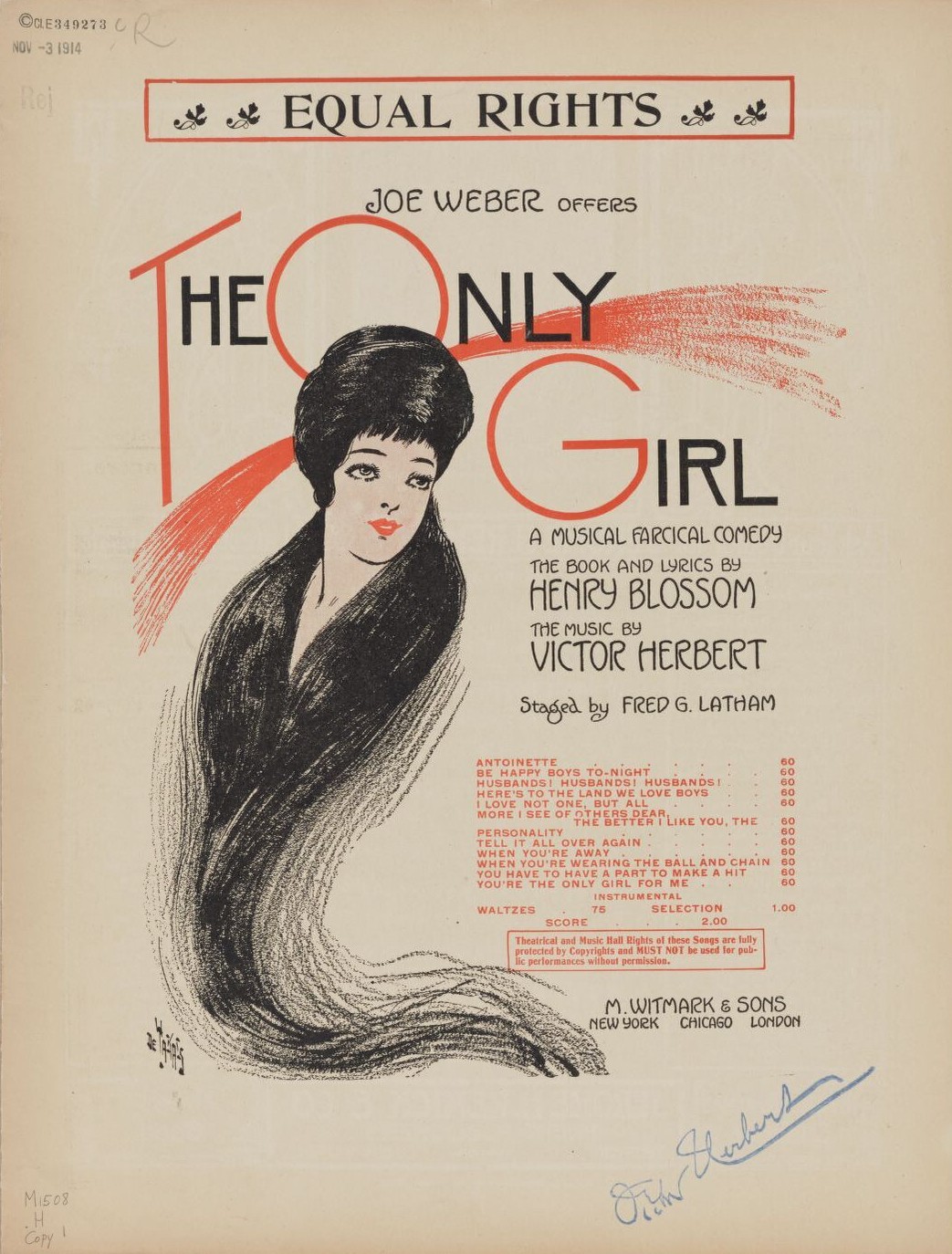 The “Equal Rights” song from Victor Herberts “The Only Girl.”

With uncharacteristic bluntness, Waters described the book of The Debutante as “stupid,” and noted “a lack of spontaneity in the music,” a view echoed by some but certainly not all the critics. 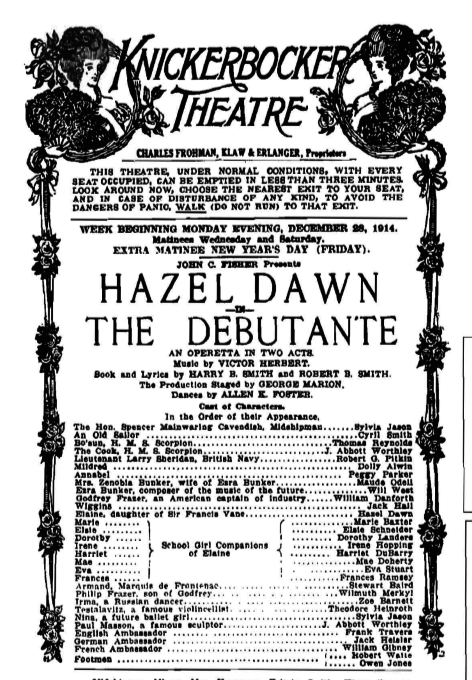 The advertisement for “The Debutante” at the Knickebocker Theatre in 1914, starring Hazel Dawn. (Photo: From the Collection of John Guidinger)

Whatever the reason, the show only lasted 48 performances, and has rarely been seen since, though late Herbert champion Fred Roffman revived it for New York’s Bel Canto Opera in 1980 in a production fondly remembered by buffs.

Leave it to today’s Herbert flag-waver Alyce Mott to bring it to us again courtesy of her VHRP Live! company with a streamlined, presumably less “stupid” script. 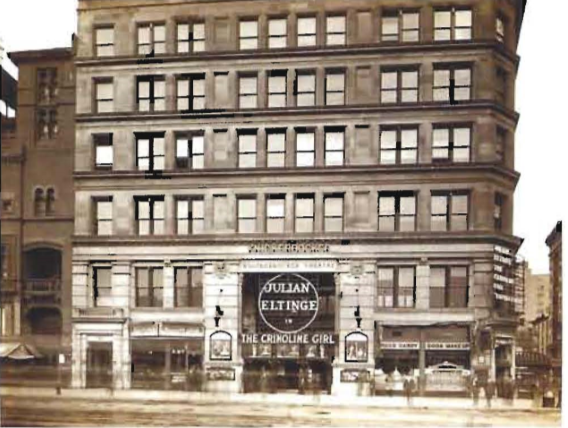 The Knickebocker Theatre in New York where “The Debutante” premiered. (Photo: From the Collection of John Guidinger)

She assembled a particularly strong cast, including many from what has become a virtual repertory company, and with Music Director Michael Thomas at the podium, and the superb William Hicks at the piano, the results were thoroughly delightful.

The setting is 1914 Plymouth, England. The story concerns the titular young lady Elaine (Claire Leyden), betrothed since childhood to her playmate Phil (Drew Bolander). The young man has been in Paris, and fallen head over heels for a femme fatale from the comic opera there, Irma (Alexa Devlin). Though Elaine has politely rebuffed the amorous attentions of Larry (Christopher Robin Sapp), a naval lieutenant, and a bumbling French Marquis (Nathan Hull), she decides to make her wandering fiancé jealous by enlisting the Marquis to pretend to make love to her when others are around. 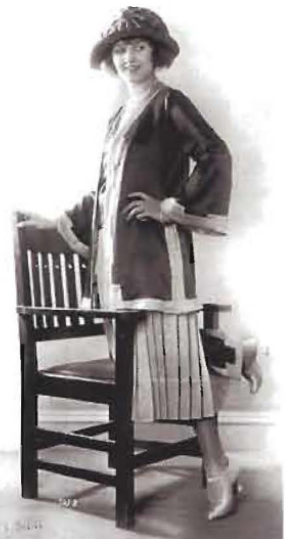 Hazel Dawn who premiered the role of Elaine in 1914. (Photo: From the Collection of John Guidinger)

There’s also Phil’s father, Godfrey (John Nelson), who unbeknownst to Phil, has fallen for the irresistible Irma himself, and intends to return to Paris to continue his pursuit of her. Meanwhile, his friend Ezra Bunker (David Seatter), an aspiring composer, longs to go to Paris so he can mount his avant-garde Cubist opera. He and Godfrey plot to send his domineering suffragette wife Zenobia (Vira Slywotsky) off to America on a ruse, but she learns of the scheme, and instead follows them to Paris in disguise. 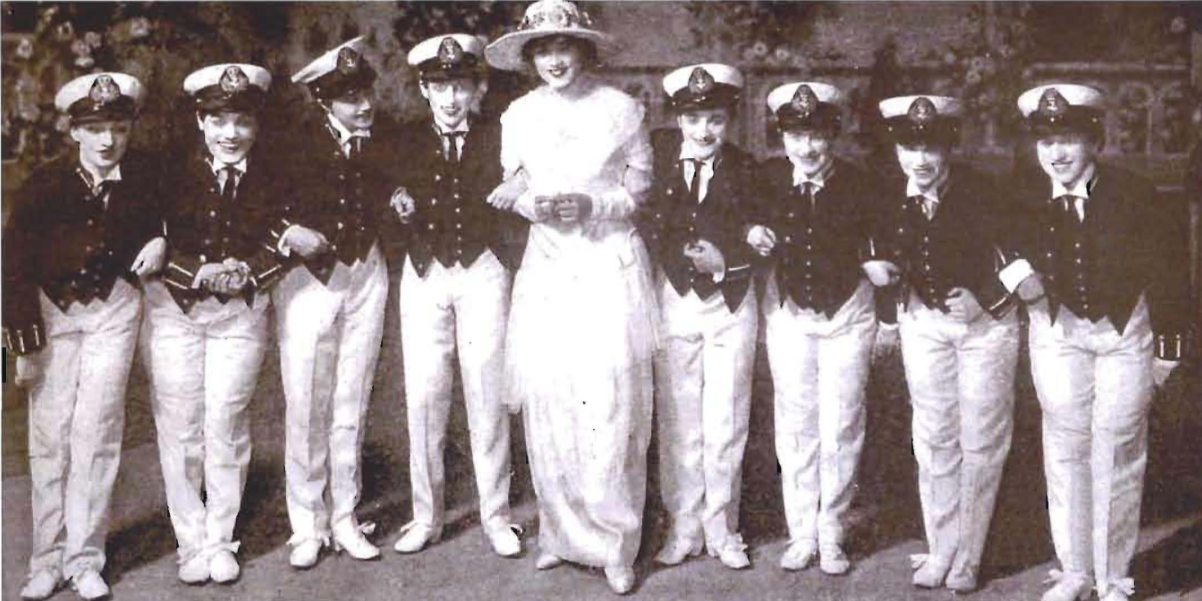 Elaine sings and dances with a chorus of British midshipmen, who are actually women. (Photo: From the Collection of John Guidinger)

The second act is set in Paris where Elaine raises the philandering Phil’s ire by shamelessly flaunting her Marquis, Ezra mounts his opera, while Irma contrives to keep Phil under her sway. In the original, Elaine ultimately won back the straying Phil. Here, at the very last moment, she drops him for the devoted Larry, a switch that makes perfect dramatic sense, especially as Bolander played Phil as such an insensitive cad. 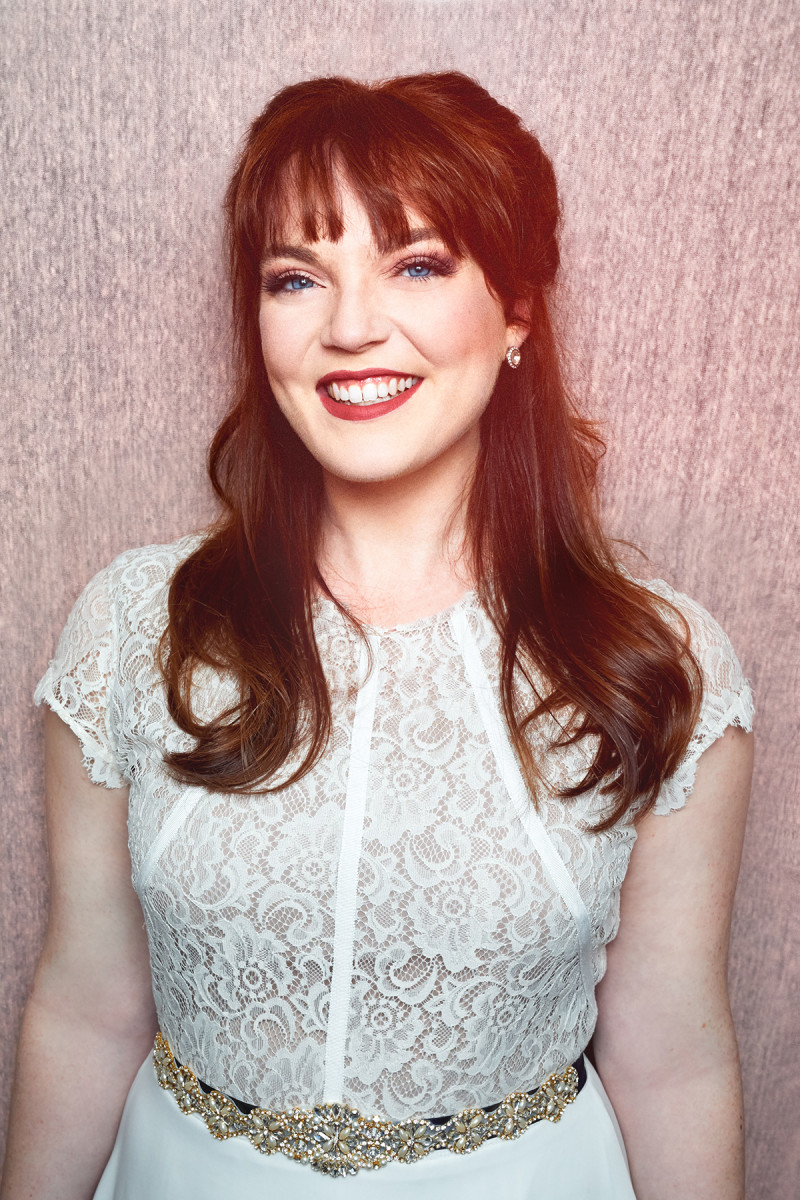 Claire Leyden, who’s already graced several VHRP productions, didn’t disappoint. Her fine voice, impeccable phrasing, natural poise, and intelligent acting were all in evidence, and I can’t imagine that the role’s creator, Hazel Dawn, could have been any more appealing, even if Leyden’s not called upon to play the violin as did Dawn, the original Pink Lady in composer Ivan Caryll’s hit show. But director Mott did engage superb cellist Scott Ballantyne to recreate the original staging of the Act Two entr’acte, with the ensemble surrounding him and humming as he reprised the first act’s top tunes, a truly gorgeous effect. 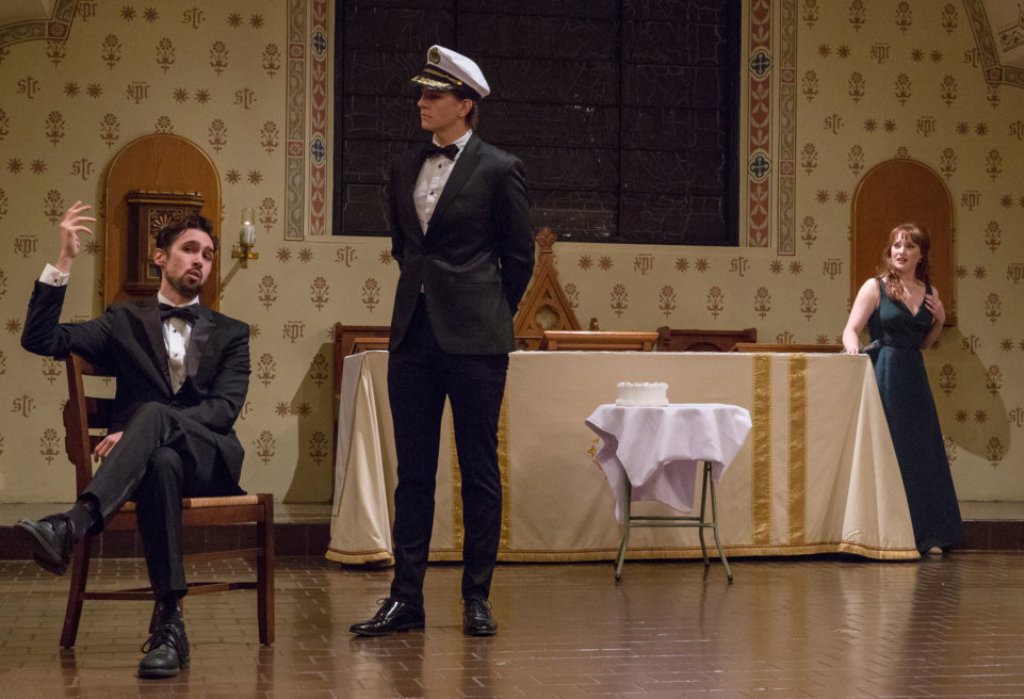 Elaine’s suitors Larry and Phil, both tenors, were impressively sung by Sapp and Bolander respectively. Sapp’s Irish air, “Peggy’s a Creature of Moods” was especially lovely, and Bolander partnered Leyden strongly on their first act rueful love duet, “The Golden Age,” as Elaine and Phil recalled how as children they enjoyed imagining their adult lives as a cozy married couple. 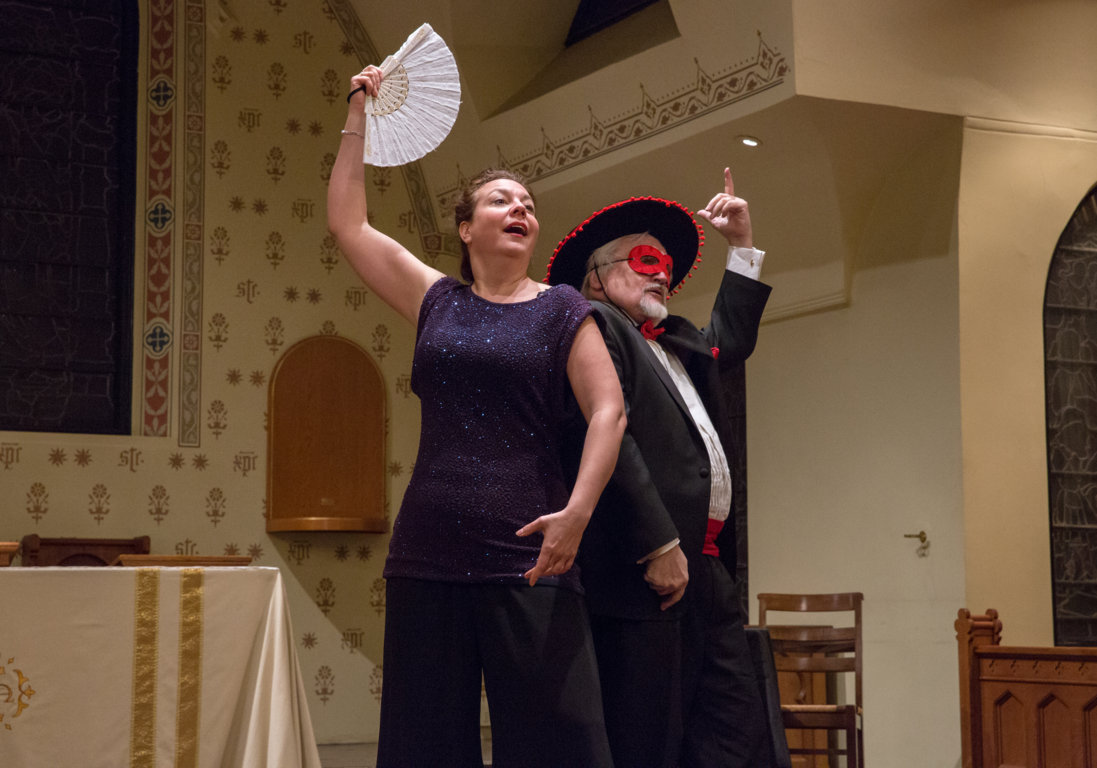 Devlin had a second act showstopper, “When I Played Carmen,” delivered with great style and flair, and elsewhere totally nailed the temperamental French-Russian diva in her customary expert comic style. Also scoring big on both the vocal and comic fronts were Slywotsky as Ezra’s overbearing wife; Hull, a sort of male Mrs. Malaprop amusingly mangling his English expressions at every turn; Nelson as the aging Lothario; and Seatter who amusingly donned a sort of Tina Turner white wig as the henpecked husband went incognito. 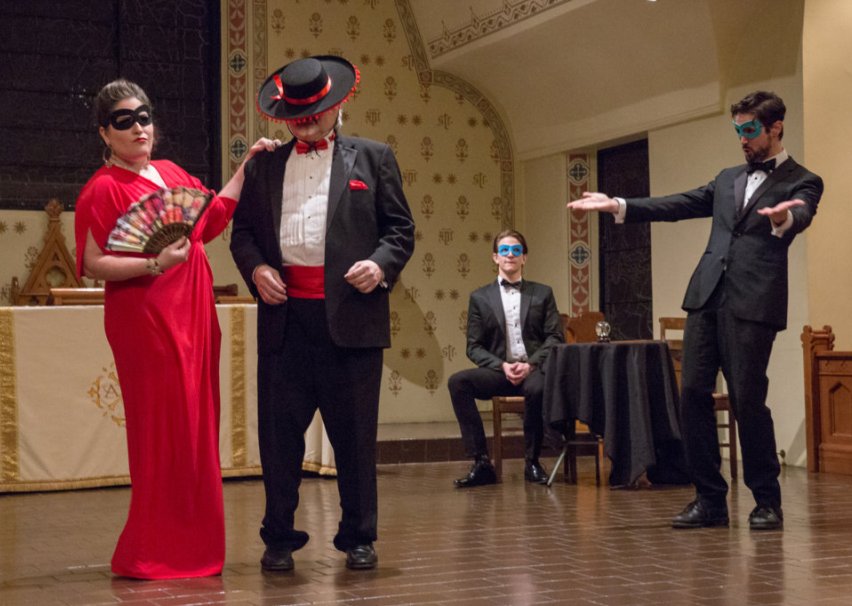 Other vocal highlights included Seatter and Slywotsky’s “Married Life,” as the Bunkers sing in counterpoint about their respective notions of the institution, Seatter onstage and Slywotsky working the audience; “The Love of the Lorelei,” sung by Larry and Phil about the lure of exotic women while Elaine, in hiding, voices her reaction upstage; two particularly infectious earworms, “Call Around Again,” and “The Face Behind the Mask,” the latter a sextette with a contrapuntal refrain beginning with “One Smile”; the Marquis’ “All for the Sake of a Girl” (strongly sung by Hull); the Cubist Opera, which starts off with a spoof of modern-day dissonance before ultimately morphing into ragtime; Elaine and Phil’s dramatic duet, “Fate,’ which originally gave Hazel Dawn her opportunity to play the violin.

In the aforementioned Bel Canto production, Roffman went for super-completeness, not only including all the dance music (as he had the advantage of a full orchestra), but restoring a couple of numbers cut out of town, plus, as was his wont, interpolating three others from a 1917 Herbert show, Her Regiment. 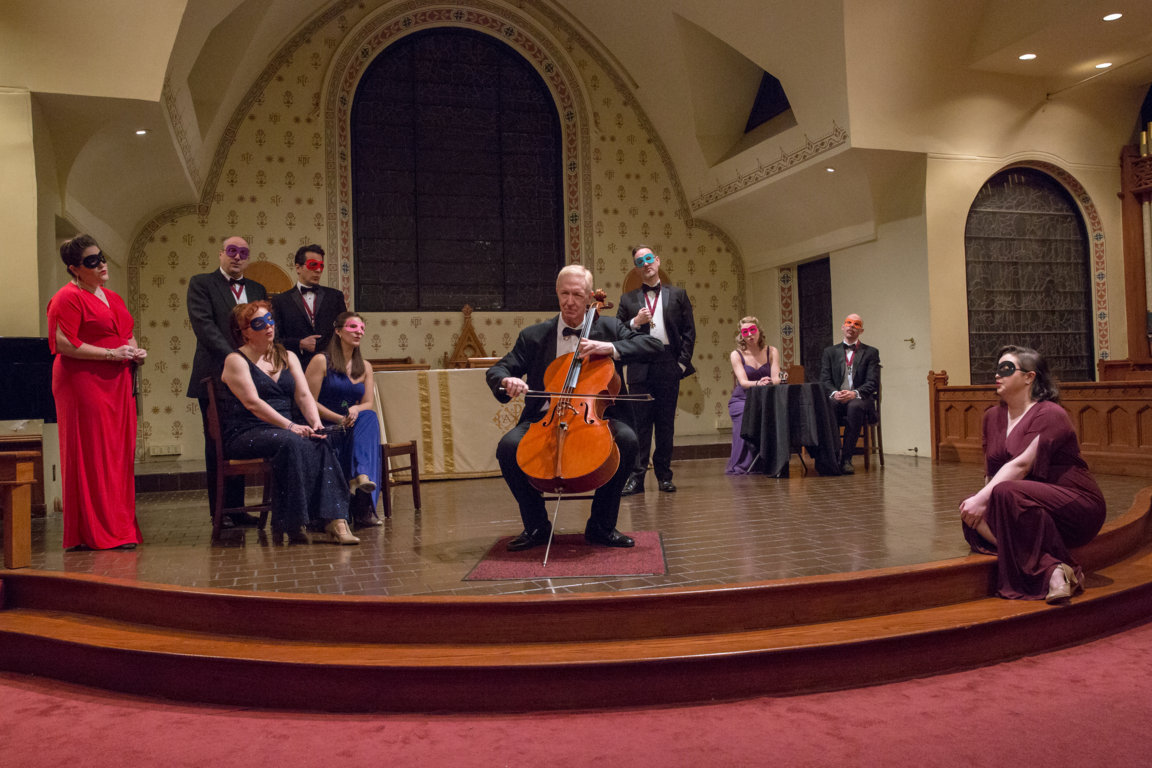 In VHRP’s production, there were internal cuts (mostly dance music) in some of the numbers, and a verse here and there, but cut altogether were several tuneful pieces which were, admittedly, extraneous to the narrative: the sailors’ “On a Sunny Afternoon,” Ezra and Godfrey’s “The Gay Life,” The Marquis’ “The Will o’ the Wisp,” and Irma’s “The Baker’s Boy and the Chimney Sweep.” Still these numbers were not really missed, and what was there made for a satisfyingly full evening.

The ensemble parts were as astutely cast as the leads, Jonathan Hare, Anthony Maida, Keith Boughton, and Shane Brown on the male side; Hannah Holmes, Stephanie Bacastow, Charlotte Detrick, and JoAnna Geffert on the distaff side, all of whom made entertaining contributions.

Emily Cornelius, as she has so often done in past VHRP productions, devised the lively and tasteful choreography which enhanced each number.