Many people have wondered what Barrie Kosky will do next in terms of popular musical theater at Komische Oper, once he’s not artistic director anymore. Would there be a continuation of his celebrated Paul Abraham- and Oscar Straus series with Dagmar Manzel and Adam Benzwi after their All Singing, All-Dancing Yiddish Revue that is intended as a “farewell production”, opening in June 2022 as the finale of Kosky’s 10th season at Komische Oper? Mr. Kosky had already said “no” to that. But now we know what the next alternative splash will be. 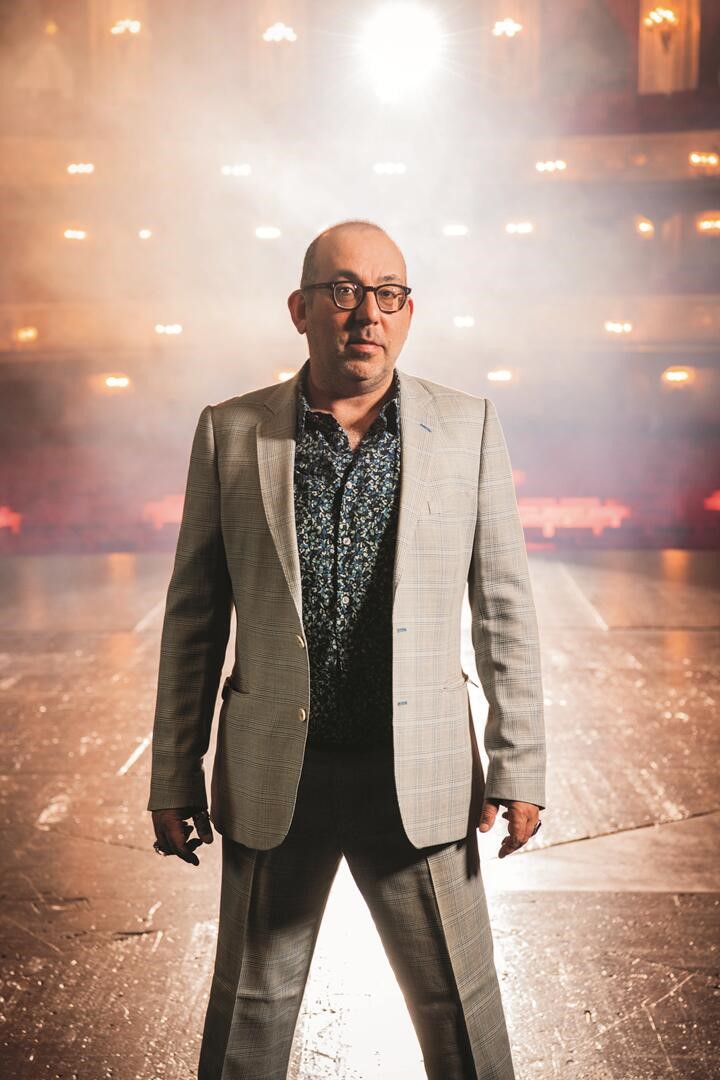 There had been many rumors in the past months that Mr. Kosky might tackle another big Broadway musical which has “queer” written large all over it, in keeping with his previous gender bending productions that were unabashedly “gay”. And now the rumors have been officially confirmed with a casting call for La Cage aux Folles, scheduled to open on 28 January, 2023. (To read more about the queer revolution at Komische Oper, click here.)

With his revival of operettas from the Weimar Republic and with Fiddler on the Roof, Mr. Kosky has tried to reconnect the current Komische Oper with the former entertainment history of Berlin, linking titles to either Walter Felsenstein and the DDR past or to the Jewish artists who dominated the scene in Berlin pre-1933.

La Cage is an important show from the more recent entertainment history of the German capital. Back in 1985 it was presented in the first German language production at Theater des Westens, with Helmut Baumann as Zaza. It was a spectacular success and one of the first big LGBT musicals in Germany, running forever – parallel to the unfolding AIDS crisis which also hit Germany hard, the LGBT metropolis Berlin especially. 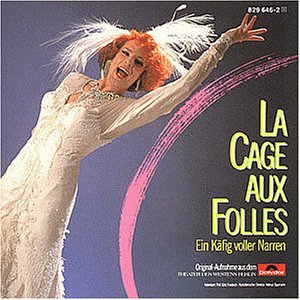 A cast album was made, back then, and you could say that this West-German La Cage was one of the biggest Broadway successes in Berlin, after My Fair Lady in 1961. The show never made it to East-Germany, probably because it was considered to “decadent” in a late-bourgeois way.

In 2015 the Bar jeder Vernunft tried to utilize the title for a small-scale production that was intended to work like their staging of Kander & Ebb’s Cabaret: as a tourist magnet for people visiting Berlin. The setting in the intimate venue would have been ideal, but sadly the casting of the two leading men did not work, and it did not create the magic needed to draw in crowds. The production by Bernd Mottl (an experienced operetta director) disappeared quickly.

There hasn’t been another La Cage in Berlin since, unless you count Potsdam where a somewhat lackluster staging was seen at Hans-Otto-Theater.

It can be expected that the Kosky staging at Komische Oper will be anything but lackluster. In their casting call announcement we read that Otto Pichler will choreograph the production and that Koen Schoots will conduct. Why Adam Benzwi wasn’t asked remains one of the mysteries of the new directors. (To read an interview with Mr. Benzwi about his collaborations with Mr. Kosky, click here.) 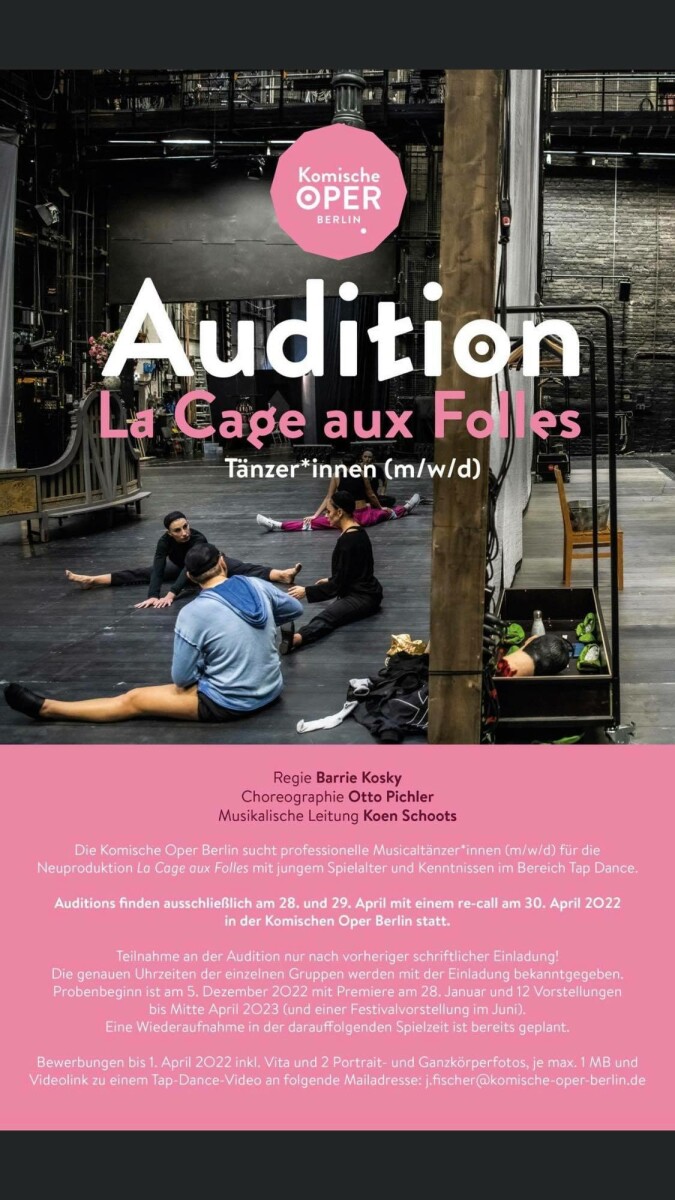 Helmuth Baumann told the Operetta Research Center in a conversation last summer that he’ll join the cast in a small role. And Nicky Wuchinger is confirmed to play Jean-Michel – a role that had been played by Cush Jung back in 1985. Mr. Jung now runs the Musikalische Komödie in Leipzig and was responsible for their important revival of forgotten operettas from the 1930s and 40s, i.e. the Nazi years in Germany. Various CDs came forth from this. 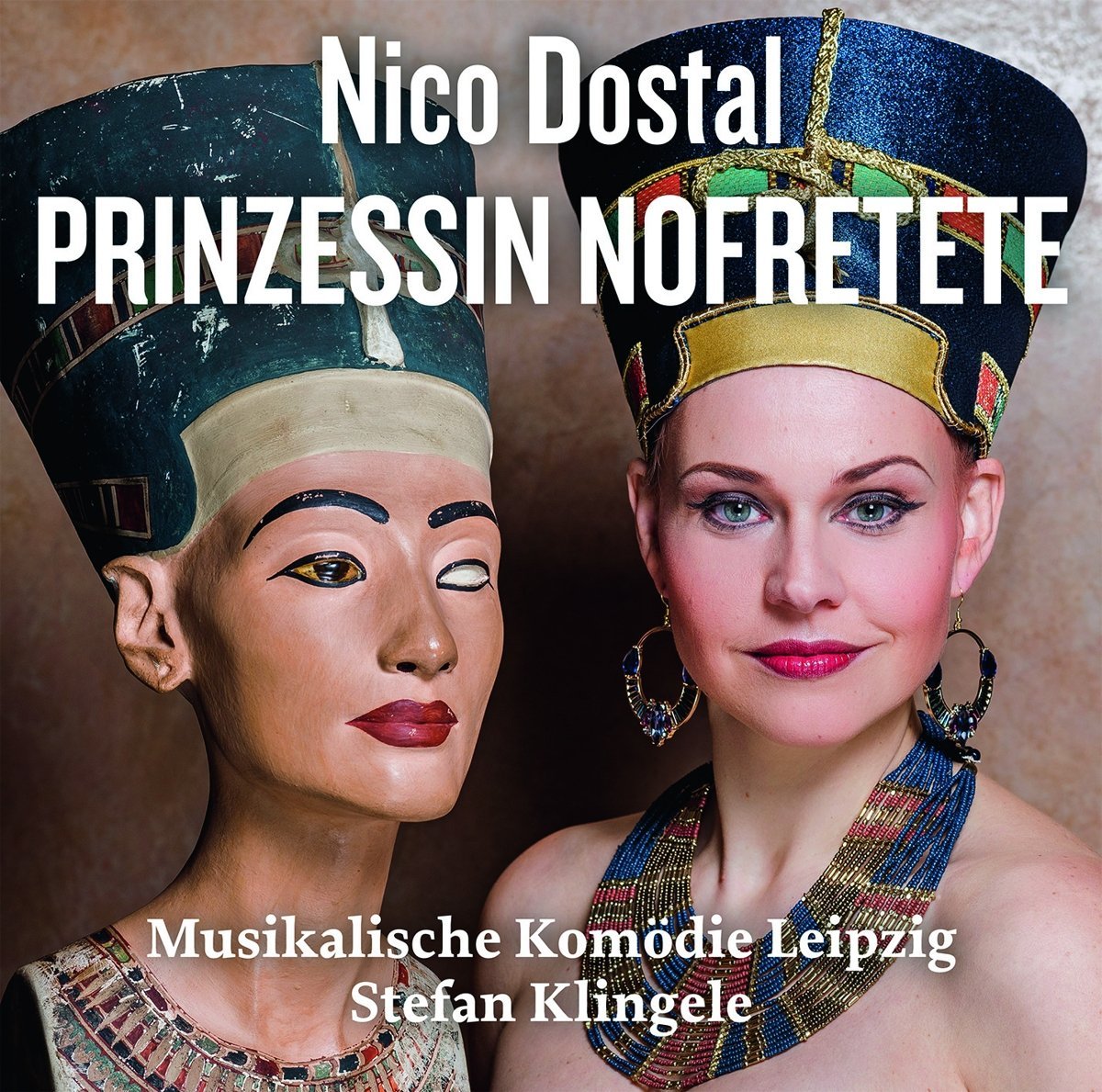 There will be 12 performances of the new La Cage following the premiere in January 2023. And, obviously, the big question remains: who will play Albin and Georges? Will we get a cross-dressed Dagmar Manzel as Albin/Zaza, to take things to a next level? Will Pasquale Aleardi be hired as Georges from across the street where he’s currently performing at Tipi in Mein Grand Prix? Will the new production embrance the trans community and re-imagine the show from the perspective of current trans rights debates? You’ll find out next January. 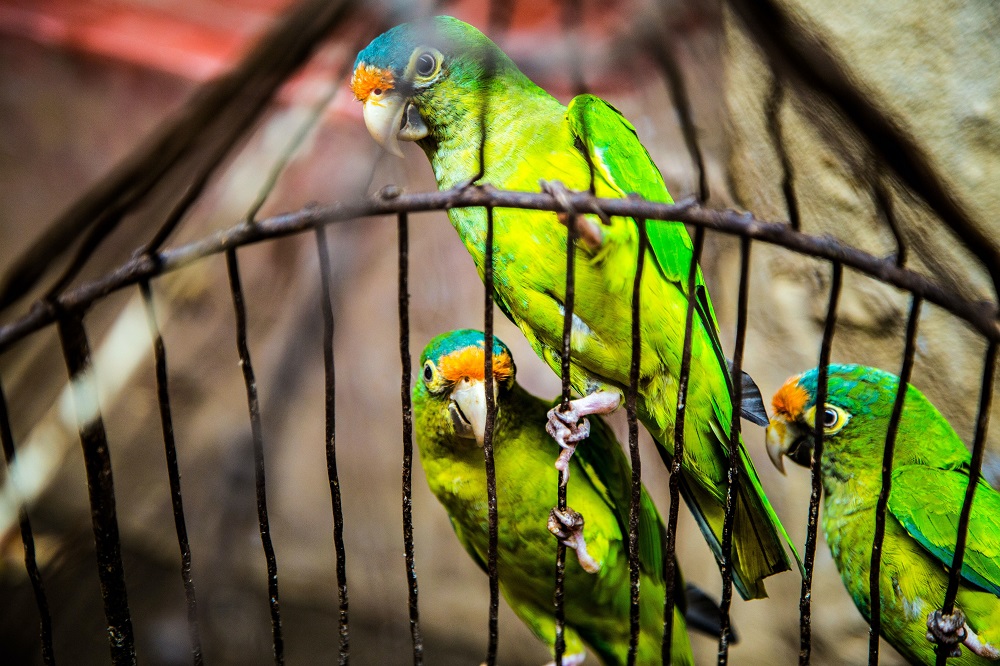 We also need to wait till the presentation of the full next season to find out what operetta plans the new directors Susanne Moser and Philip Bröking have, and whether the rumors about the new focus will also turn out to be true. If so, there will be interesting new things to look forward to.

For more information on Komische Oper and their program, click here.