A great big new academic book on operetta, in German: Professor Albert Gier, renowned libretto researcher at the University of Bamberg, has published a 428 page study of “comic operettas” that deals with mostly German and French titles, and talks about “intertextuality,” “fairy tales,” “eroticism,” and performance practice, among other things. It’s certainly brain fodder to stimulate the current discussion of what operetta is – and what it is not. 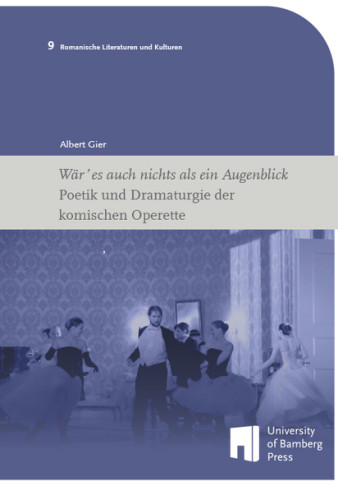 I cannot help but have a very personal reaction to this book. And that’s not just because I get a personal mention on page 1 of the intro. No, it is because Mr. Gier picks up on many topics that the Operetta Research Center has been busy with over the past ten years, particularly questions of gender and sexuality in operetta. This may not be the exclusive focus of the new book, but Gier devotes a whole chapter to it. It starts with the statement: “The central theme to all comic operettas is the question of desire, libidinous and physical. A desire so strong that is resists verbal expression and can only be transported by music.” He then adds, that such a display of desire “does not cross the borders of social norms of respectability.” This culminates in the statement: “A literal representation of the sexual act is still seen by wide groups of the audience as obscene.” (Does that apply to the infamous “Fly Duett” from Offenbach’s Orpheus in the Underworld too?)

For a historic and academic study, this is a remarkable statement. Because what Mr. Gier clearly means is that he finds such representations on stage obscene and does not wish to see them.

However, he quotes Emile Zola’s novel Nana (1880) with the description of the heroine appearing in the nude as “The Blonde Venus” and slaying the male audience with unbound lust. Obviously, that Parisian audience of the Second Empire did not mind seeing operetta performed in exactly that obscene way. Yet, Mr. Gier claims that neither these original audience members (nor Zola for that matter) understood what operetta was really about, i.e. an indirect (“uneigentlich”) representation of sex, rather than a direct one. This is somewhat amusing, as it says more about our contemporary state of mind, or at least Mr. Gier’s state of mind, than the way operetta triumphed over everything else in the mid-19th century. Fittingly, Gier states that “many audience members could find such performances embarrassing.” Again, he is referring to Zola, but means himself.

Mr. Gier merely indicates that such a discussion is under way, but he does not participate in the discussion itself.

Instead, he has many truly stimulating things to say about all sorts of other operetta aspects. There is no particular order in his book, no particular logic, and no particular general aim. Except that Gier obviously wishes to discuss as many of his favorite show titles as possible. (Which he does.) 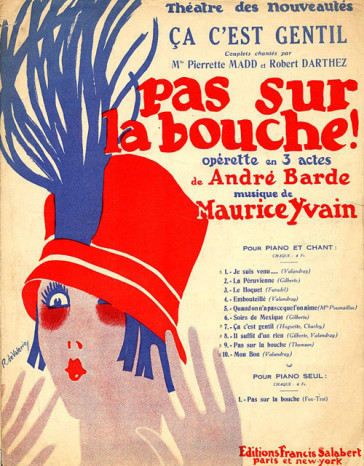 I confess that I enjoyed this. He does not recycle the famous Volker Klotz opinions, one more time, but brings new ideas into the academic arena, even when talking about Klotz’s great hero Maurice Yvain. In the context of Pas sur la bouche (1925), he discusses ecstasy, holes, associations we have when we encounter that word, cherry popping and such like things….

What I missed, was any mention of German language operettas from the GDR. It is as if this entire repertoire did not exist at all, in Albert Gier’s view of the world. Which is a shame, because operettas from the “other” side of Germany are just as much part of operetta history as those from the West. (Mr. Gier does work his way towards the 1950s and the post-WW2 repertoire, but only glides over the vast topic of Nazi operetta transformation, as if this were no more than a footnote. Which it is, here.)

It is still a great book, obviously written with passion. The layout and cover design could have been a little more spectacular.

Even academic books such as Carolyn William’s Gender, Genre, Parody is more attractively packaged. But maybe that’s just a typical German academia problem…. too glossy a presentation could be considered “unserious.” 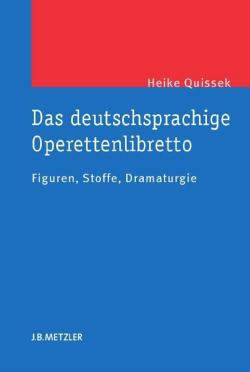 The cover of Heike Quissek’s book.

Together with Heike Quissek’s recent Das deutschsprachige Operettenlibretto: Figuren, Stoffe, Dramaturgie this is another big operetta study that shows: we have entered into the post-Klotz phase of discussion. Judging by the various talks at the Operetta Symposium “Kunst der Oberfläche” of the Komische Oper Berlin at the beginning of February, the next round of research will probably focus more clearly on questions of gender, body and race. And hopefully researchers will not be “embarrassed” to take a close look at the genre and discuss what there is to see – from a modern perspective. After all, “obscenity” has always been a defining characteristic of operetta. And one that marks the genre as ultra-modern, even from a modern point of view. 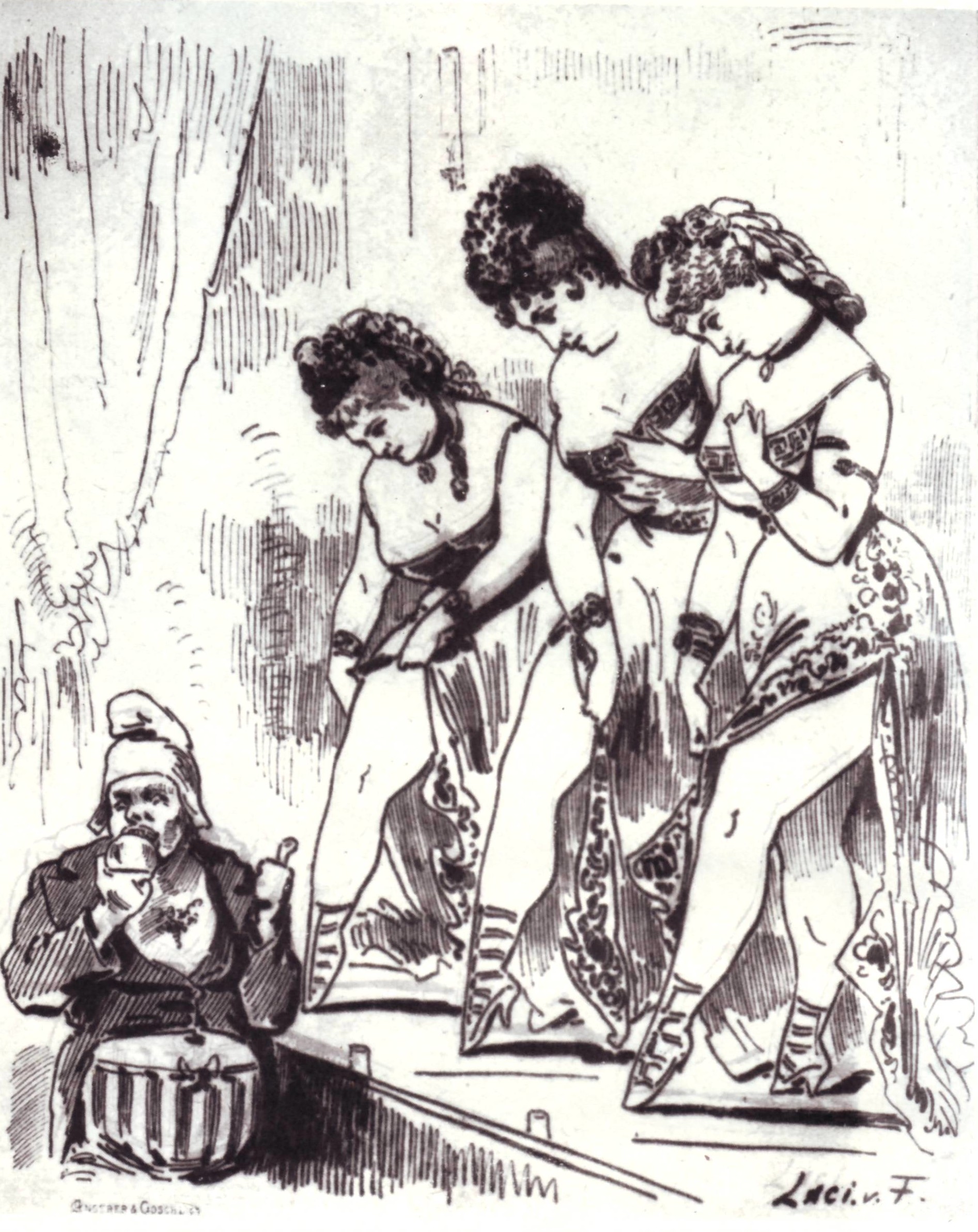 Photo at the top: “Ein paar Kirschen” by Tim Reckmann/Pixelio.de