It’s “business as usual” at the Neil Simon Theater, where I caught up with the new revival of Andrew Lloyd Webber’s Cats yesterday afternoon. There’s nothing wrong with the idea of reviving Cats on Broadway, where it hasn’t been seen since its closing in September 2000. Indeed I can’t remember if I ever saw it again live after its October 1982 opening month; I preferred the thrust staging at the New London in the summer of 1981. I’ve always liked Cats, good tunes, loads of cameo roles; the sum total charmed me even when it became a universal phenomenon. Like “comfort food” this production has a friendly welcome feel to it. John Napier’s set has swallowed the proscenium and its detritus stretches well into the rear of the orchestra seating area, and the strings of lights from the set have replaced much of the orchestra level lighting around the rear of the house. 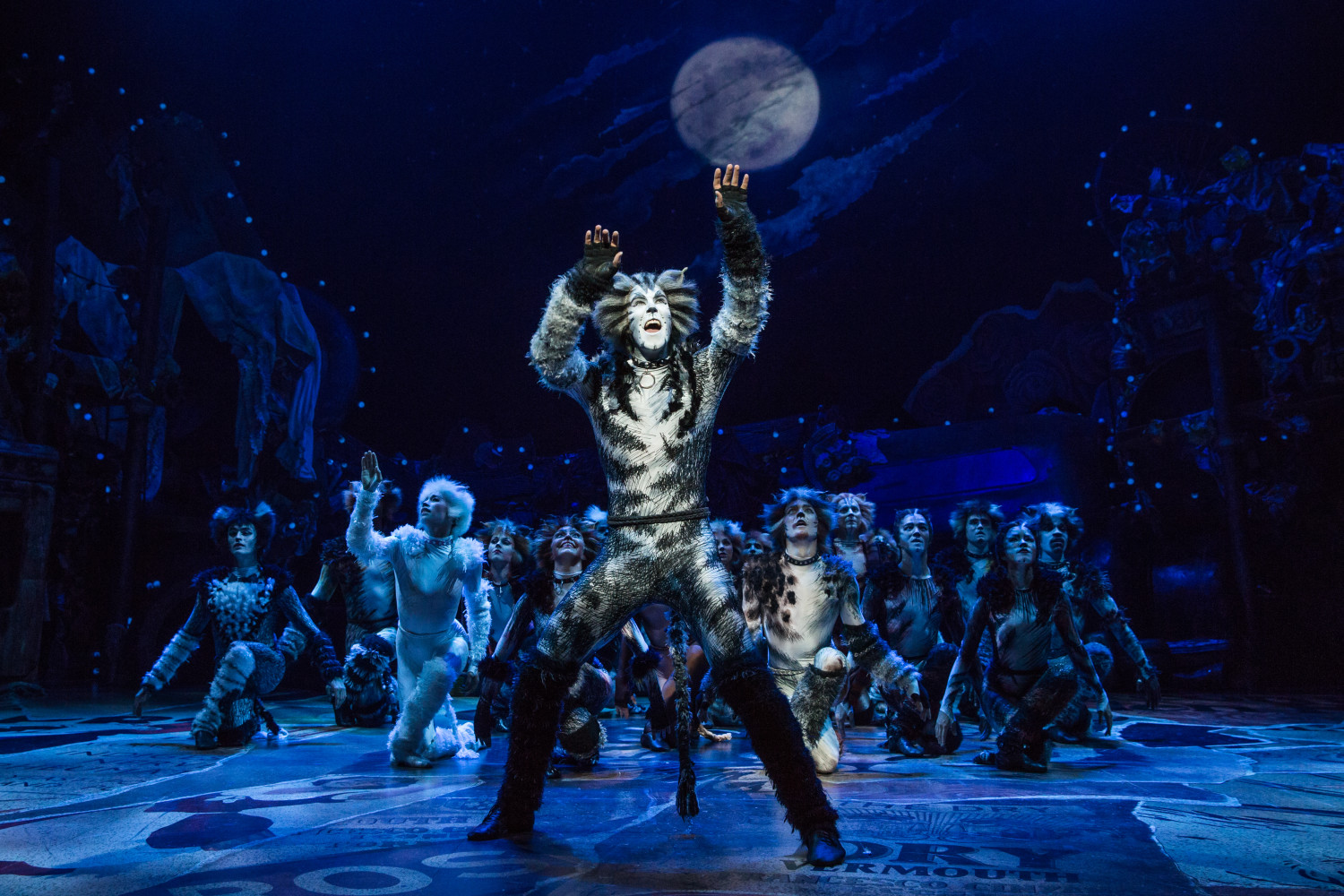 Trevor Nunn and Andy Blankenbuehler’s staging makes ample use of the isles by the prancing, strutting cast. So much so that the audience is enveloped by the staging concept. The sound system is excellent, and the lyrics are always audible. So what if Webber & Cullen’s orchestrations for a bit band of 15 in the Simon sound sparser than I recall, or perhaps it’s the original cast album which may have been “sweetened” with extra instruments. I had to check my program against the original running order, because “The Aweful Battle of the Pekes and the Pollicles” which follows “Gus the Theatre Cat” in Act 2 sounded totally unfamiliar to me. Much to my surprise, in the original Broadway opening in 1982, this number appeared in Act 1 after “Old Deuteronomy.” This sequence appears in the Broadway cast album as “Growltiger’s Last Stand”, and in the London cast cd as both “Growltiger’s Last Stand” and “The Ballad of Billy McCaw.” Both London and Broadway Cast albums place the song in Act 2.

Perhaps Gary’s and my own darn cats are to blame, but I had difficulty staying awake and focused in Act 1.

Our own cats at home are 4 months, 9 months and 12 months old, and the night before they kept us awake for hours running up and down stairs, playing under the bed, etc. But I’m inclined to say it was not their fault, but the routine nature of what was onstage. Each of the musical numbers received dutiful applause from the audience, but I felt a genuine spark of excitement was lacking. Rum Tum Tugger (Tyler Hanes) had a metro-sexual swagger closer to Hedwig than I recall from the original. It was only in Act 2 that I really liked both Skimbleshanks the Railway Cat and Mistoffelees; Ricky Ubeda is a phenomenal, charismatic dancer in the latter part. Notwithstanding the new LED technology which allows the twinkly lights on his back to change colors. But everyone else was too cutesy for my taste. Leona Lewis has no authentic life experience or gravitas for the role of Grizabella. So the composer’s hand in choosing a voice has compromised the requisite acting demands of the job. Oops! 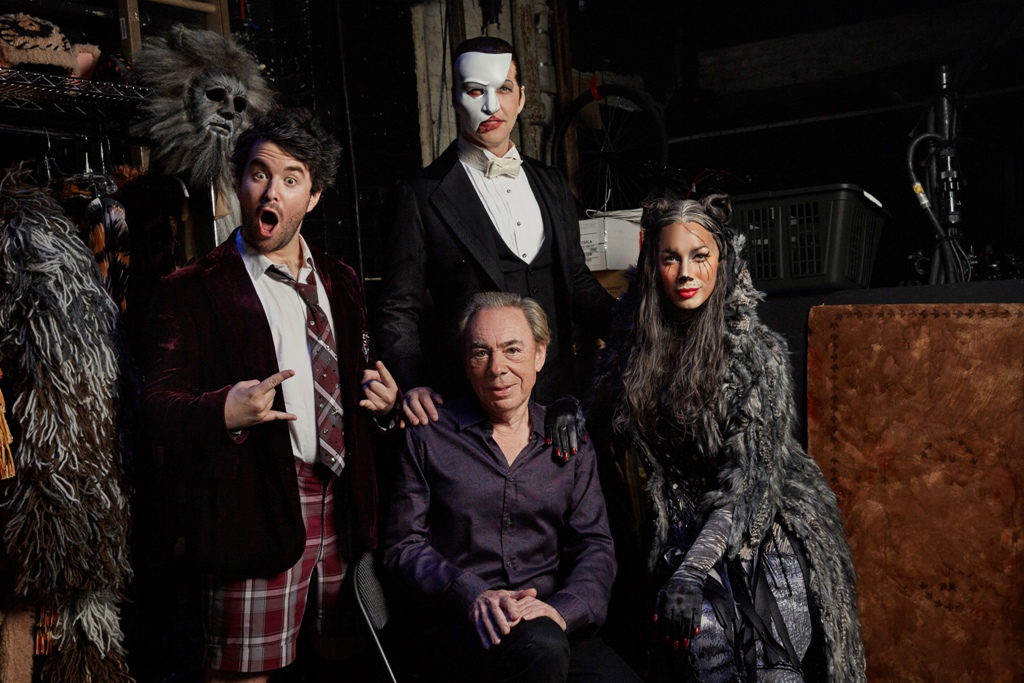 Otherwise I do not fault the cast, talented, fearless foot-soldiers of musical theatre, who are doing their damn best, or what’s demanded of them. I find it difficult to believe that Trevor Nunn actually staged this production. It looks like choreographer Andy Blankenbuehler and the stage manager did all the heavy lifting, and then Trevor Nunn came in to give a couple of notes, and bless it. As my mind wandered, I wondered how many of the cast had even been born when the show opened in 1981; perhaps Gus the Theater Cat or one other might be more than 35 years of age.

But the most depressing, disturbing things about “Cats” at the Neil Simon is not the perfunctory staging but the cheapening of the show.

In the basement lobby during intermission are three large Cats character wooden cut-outs. Stick your head through and take a selfie! Worse yet when I returned to my seat I saw more than a hundred audience members milling about the stage. Old Deuteronomy was posing for photos with audience members on stage. The cruise ship experience has come to Broadway!!

Broadway shows have now come to this, it’s like Santa Claus at Macy’s year-round! Musical theatre has become a theme park toy, with revenue streams from merchandising, food and drinks at your seats.

Nor do I begrudge the appeal to tourists, a mainstay support of Broadway musical theatre, a target market for Cats; I am not a theatre snob who thinks Cats should be for New Yorkers only. If only the show on stage were memorable or special, but alas the anonymous level of competence makes for a generic theatre-going experience. And for this one is expected to pay $167 or more if you like premium tickets.

Do not mistake my comments as a grumpy old man who reflexively remembers and prefers the “Original Broadway Cast” as some sacred trope or sentimental dream. It’s just that I think a revival should be as good or better than the original, to match a show’s reputation, and everyone’s fond memories. And at more than double or triple the original price! But just like the recent revival of Les Mis at the Imperial, this revival of Cats is very much a business. It’s as though bits and pieces have been assembled from parts made in China at less than half the cost. What’s on-stage at the Neil Simon is adequate at best, more often than not second rate goods. 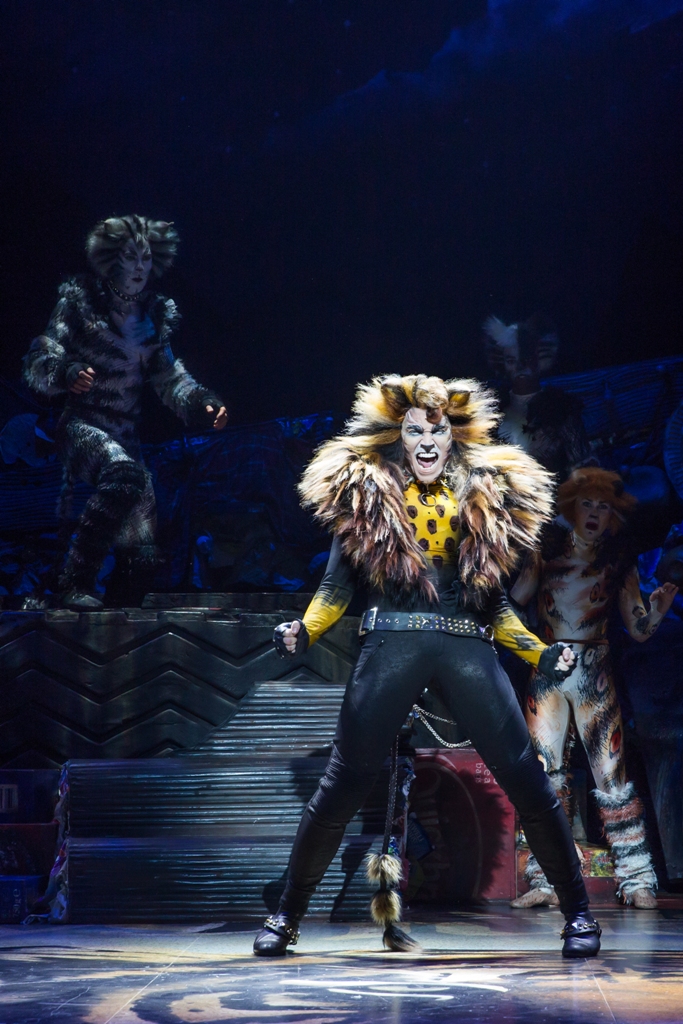 [If you think this 2016 Broadway revival is “adequate at best,” you might want to take a look at an open-air production that was on offer in Germany this summer. It sort of puts matters in perspective, especially when the director claims to be “faithful” to the piece, but adapting it to the 2016 Zeitgeist. Click here for a news video clip.]