You might truly hold your breath for a second: the famous show The Black Crook is being revived in New York for its 150th birthday. And no, this is not an Encores enterprise, though that would have been a good idea; and, no, it’s not a big splashy Broadway reanimation attempt such as the recent Shuffle Along, which failed so sadly. Instead, the 2016 Black Crook is a small-scale adventure at Abrons Arts Center in Henry Street, i.e. way down in the south of Manhattan where the original theater district was and were Black Crook premiered at Niblo’s Garden on Broadway and Prince Street, on September 12, 1866. 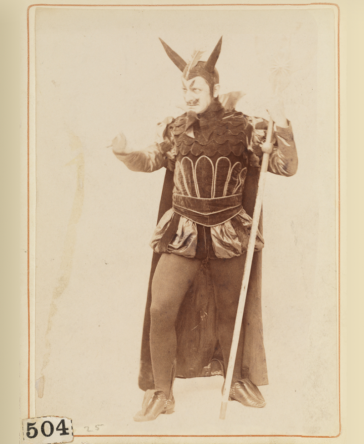 The devil in the original 1866 production of “The Black Crook.”

In September 2016, The Black Crook returns, marking the rumored birth of the American Musical. With new text and new songs, a team of only eight actor / musician / dancers will perform the full (!) 1866 musical and bring the biggest of all American spectacles into the tiniest of spaces.

The original show featured a melodrama about a painter who sells his soul to a Sorcerer – very much along the lines of the famous Freischütz opera hit by Weber – and mashed together dance numbers by a Parisian ballet troupe set to popular music. It ran a whopping five hours, boasting 100 scantily dressed performers and was the beginning of Broadway as we know it; or so popular legend wants to make us believe. It was certainly an influential show, fabled, but never actually seen or heard by anyone in ages. Which is always helpful for myth-making purposes. 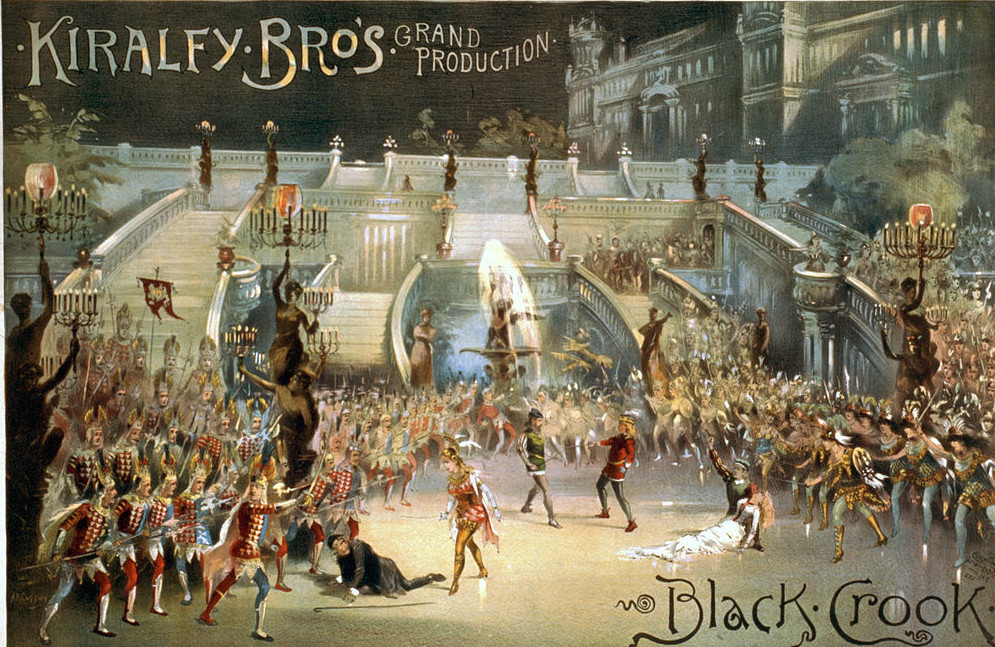 Here, now, is your chance to at least get a glimpse of the myth. Whether the 2016 chorus girls will also wear “no clothes to speak of,” as The New York Times noted about the orginal staging, remains to be seen. Remember, Broadway Bares is always just around the next corner and has changed our idea of what nudity on the Broadway stage can look and sound like. And whether a miniature version reduced to 2 ½ hours running time, without the visual, almost Baroque splendor of the Niblo’s Garden production, can convince modern audiences that this is a milestone in entertainment history worth revisiting remains to be seen, too.

But we here at the Operetta Research Center are certainly looking forward to this close encounter of the third kind, and we’ve booked our tickets. So expect a review sometime soon, with more details.

There are arrangements and additional compositions by Alaina Ferris and Justin Levine. Katie Rose McLaughlin is in charge of the choreography. For more details on the cast and production team, as well as performance dates and tickets, click here.

And to learn more about The Black Crook of 1866, check out this interview with Broadway historian Richard C. Norton.