While the rediscovery of 1920s jazz operettas is in full swing elsewhere, the Austrians are giving us a re-encounter with some more historic titles. For example: On May 1 there will be the first performance in 100 years of Carl Zeller’s Der Vagabund in St. Peter in der Au, the birth place of the composer. 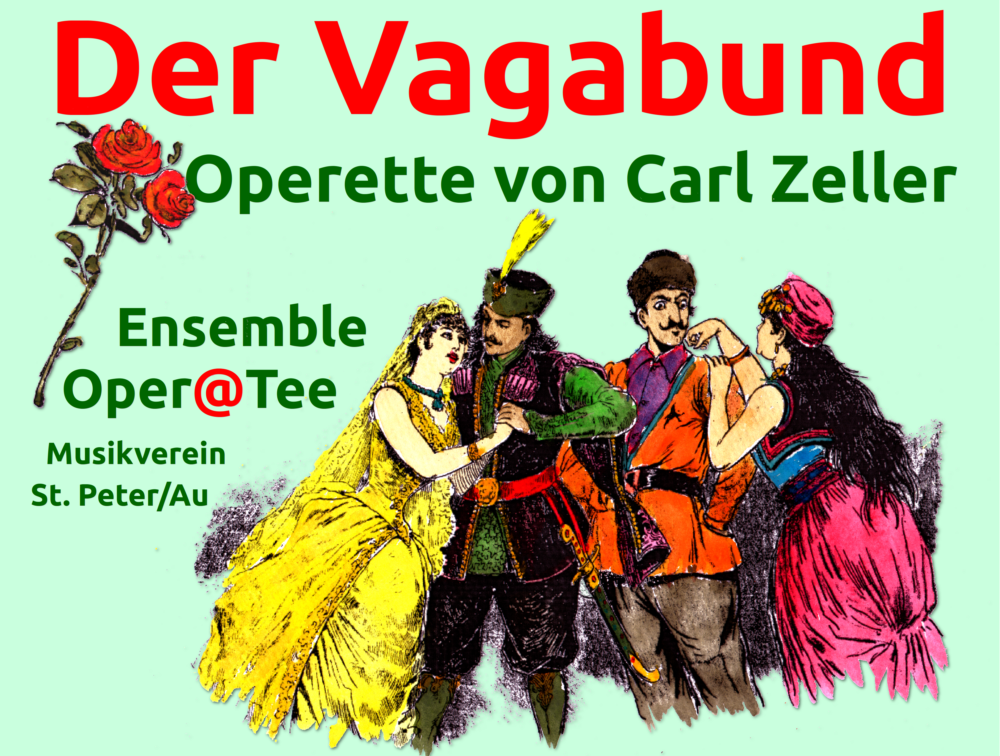 Yes, you all know that Zeller wrote the ever-popular Vogelhändler, which is not nearly as “harmless” as it is often said to be. (There is quite some kinky stuff going on in that rural setting where no virgins can be found, anywhere.) His 1886 operetta in three acts, Der Vagabund, premiered at the famous Carl-Theater, and like so many Viennese titles it made its way to America – and was then forgotten.

But now, the Carl Zeller Museum in St. Peter is offering a small scale production with piano accompaniment, starring young singers from the ensemble Oper@Tee, all of them former students of the operetta class at the Privatuniversität Wien. The performance will take place in Friday, 1 Mai 2015, at 19.30h. (And we certainly hope it’ll be a little more up-to-date that the somewhat out-of-sync poster.)