The revival of Oscar Hammerstein II’s very clever 1943 updating of Bizet’s Carmen – a big hit in its day and one which had the critics outdoing themselves for superlatives – is receiving a quite wonderful small-scale revival at CSC. 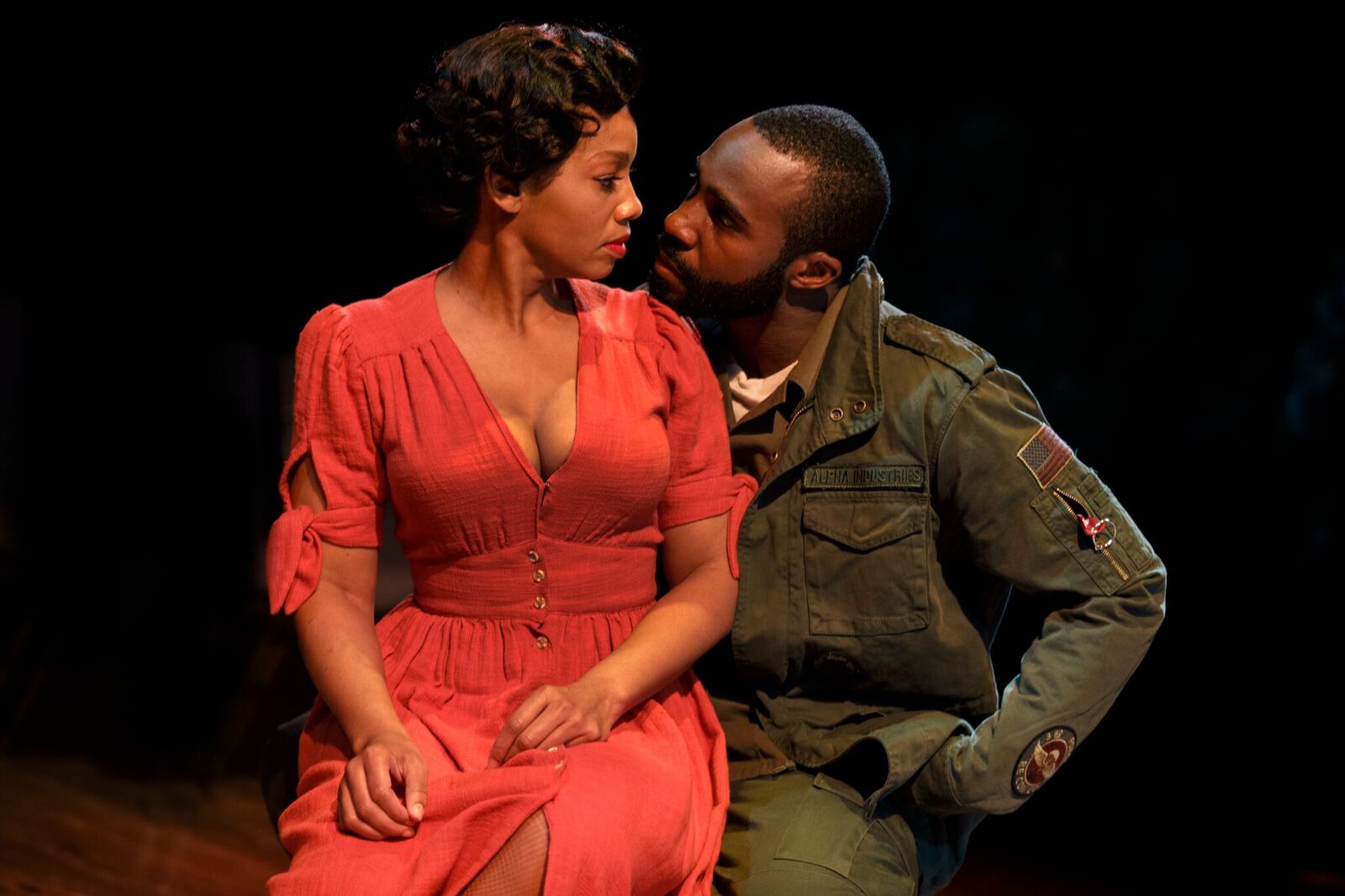 When the show first opened on Broadway, The New York Tribune declared the show was “as wonderful and exciting as it is audacious,” and found the libretto “brilliantly translated.” The Daily News concurred that it “rates all the adjectives that hurried fingers can find on a midnight keyboard. It is superb; it is enchantingly beautiful: it is musically exciting and visually stirring… Hammerstein, the best lyric writer in the business, has done a poet’s and a musician’s job with the libretto. His incandescent imagination sets your own afire.”

Indeed he did. And all these years later, I believe the show registers as worthy as ever. 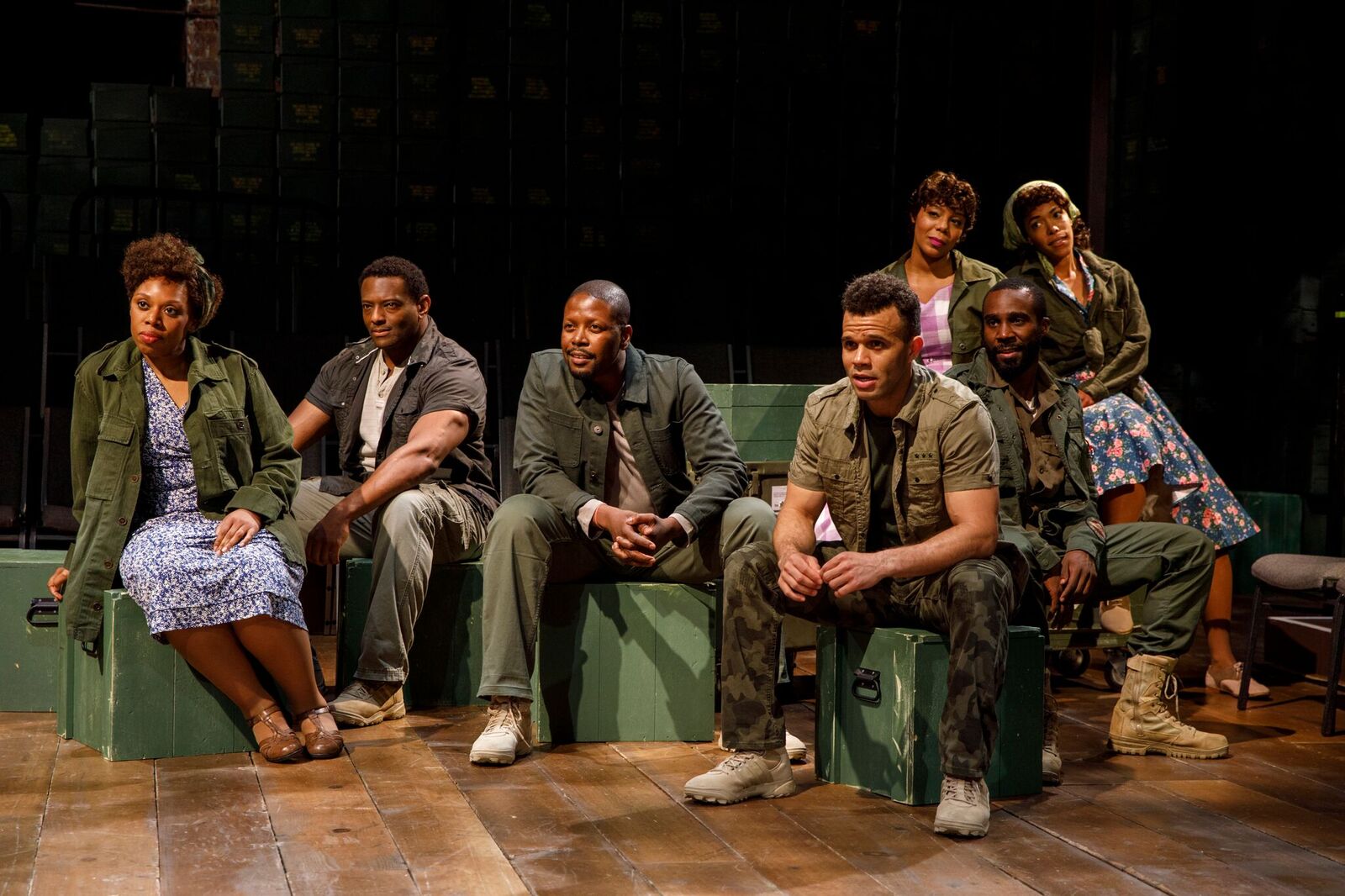 Directed by John Doyle, whose last Hammerstein venture for CSC was the not-so-hot Allegro (Rodgers & Hammerstein) which, as I recall, had followed not long after a far superior staging by the Astoria Performing Arts Center. This occasion, however, finds Doyle at his best, eliciting strong performances from all, and staging the in-the-round presentation ingeniously. His work is wonderfully complemented by Bill T. Jones’ choreography which allows a seamless flow from scene to scene. 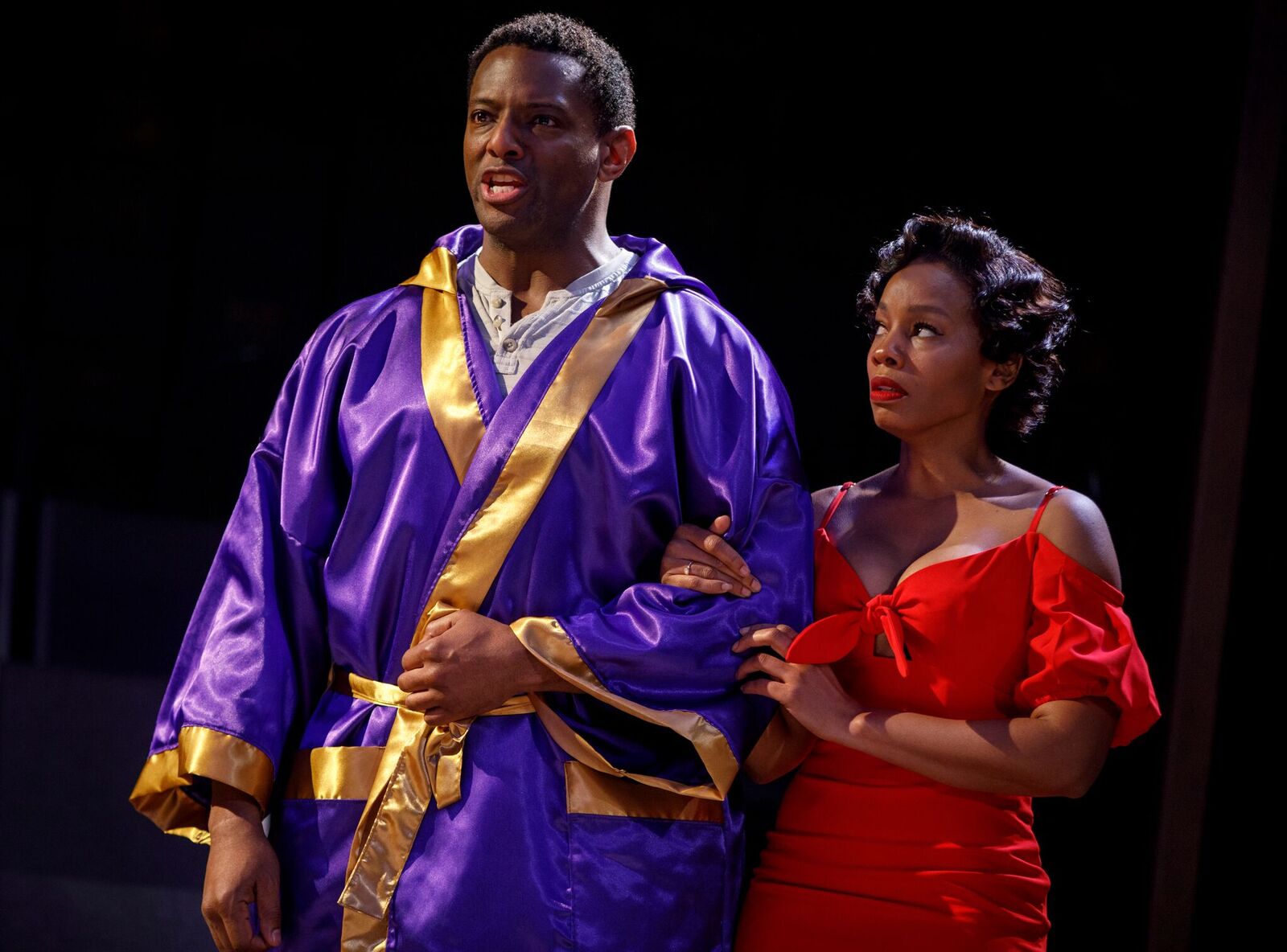 Compared to the lavish original Broadway production with its huge cast and full orchestra, CSC’s production is a chamber version with merely a six-piece band led by Music Director Shelton Becton, and a talented cast of 10. But no matter; the power of the piece remains undiminished. And one appreciates anew Hammerstein’s apt lyrics – in the Negro vernacular of the period – and holding up very well indeed. Like the original Opera-Comique version of Carmen, Hammerstein employed spoken dialogue, not recitatives, between numbers. Those were, in fact, composed after Bizet’s death as Hammerstein had defensively pointed out in a program note back in the day.

Besides the terrific 1954 Otto Preminger film with Dorothy Dandridge and Harry Belafonte, I had previously seen Simon Callow’s exciting 1991 version at London’s Old Vic (which actually won the Best New Musical Olivier Award, as it was the show’s West End premiere) and was justly acclaimed, and York’s brief but excellent 2001 mounting in its Musicals in Mufti series which had featured Anika Noni Rose as good girl Cindy Lou, who loves soldier Joe.

On this occasion, Rose plays Carmen, displaying impressive operatic chops (as does the rest of the cast), and gives as good a dramatic performance as she did as Maggie in the 2008  Cat on a Hot Tin Roof. She doesn’t overdo the hip-swiveling vamp aspects of the role, but she’s plenty sultry, sinuous, disdainful and, when confronted by a murderous Joe at the end, bravely defiant. The men in her circle are strongly played and sung by Clifton Duncan as Joe who deserts the army for love of her (his Flower aria most sensitively sung, and his fury in the later scenes powerful), David Aron Damane as prizefighter Husky Miller (Bizet’s Toreador song transformed into the rousing “Stan’ Up and Fight”) and Tramell Tillman as Joe’s commanding Sergeant Brown who lusts after Carmen himself.

Soara Joye-Ross as Carmen’s friend Frankie makes “Beat Out Dat Rhythm on a Drum” a real showstopper, teasingly flirting with the patrons in the front row and aisles, while Lindsay Roberts makes a lovely Cindy Lou, Joe’s hometown gal, and convincingly shows her backbone when she comes to take Joe home. Other multiple roles are taken expertly by Erica Dorfler, Justin Keyes, Andrea Jones-Sojola, and Lawrence E. Street.

Scott Pask’s scenic design – effortlessly morphing from army base to Billy Pastor’s to a Chicago country club, and so on – makes ingenious use of boxes and crates, and at one point, a voluminous parachute doubles as a tent (a striking coup de theatre). Ann Hould-Ward has provided vivid costumes (Carmen’s red dress, Husky’s purple robe really pop), and there’s superb lighting by Adam Honoré and fine sound design by Dan Moses Schreier

Joseph Joubert’s  reduced orchestrations – led by Music Director Shelton Becton – are just right for this space. And though the book is trimmed and the show clocks in at 95 intermission-less minutes (shades of Peter Brook’s famous 1981 reduction of Carmen as La Tragédie de Carmen), nothing of consequence, at least that I can recall, is missing.

Get thee to 13th Street!