The Pirates of Penzance must be Gilbert and Sullivan’s most staged operetta and, as a director, it must be difficult to find anything ‘new’ in it. Richard Gauntlett, the director of this new production at the National G & S Opera Company, also playing the role of the Major General, clearly found no such difficulties, staging the funniest production of this evergreen work in a traditional format that I have ever seen – and I have seen Pirates many times! 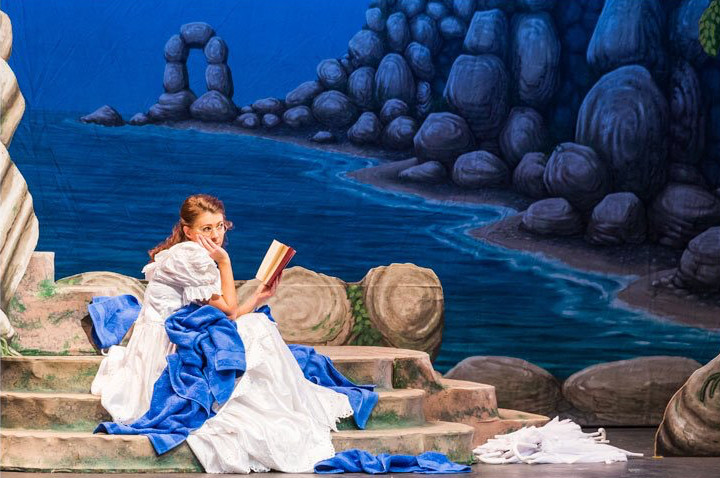 With imagination and lightness of touch he whisked us through the show, cleverly pointing many of the scenes so that they appeared as if we had never heard them before, let alone found them amusing! One example is the “orphan/often” dialogue between the Pirate King (well sung by Eddie Wade) and the Major General himself. This exchange usual feels dated and irrelevant and certainly NOT funny, but when directed by someone who understands G & S it was revealed as a clever double act!

Frederic, the pirate apprentice who has the misfortune to have been born on 29 February, was thrillingly played by Nicholas Sales. Not only does he understand how to deliver dialogue, he also has a ringing high tenor when he sings and is a real pleasure to listen to. He commands the stage whenever he is present as does Ellen Angharad Williams as Mabel, whom he eventually manages to marry! Not only is she the embodiment of the role, her soprano voice richly compliments that of Nicholas Sales in duets, again having a superb (there, I have used that word) top register.

The chorus of police are used very effectively by the choreographer Danielle Dowsett in Act Two, especially in “When the Foeman Bares His Steel” which is breathtakingly athletic. As in The Sorcerer, the whole chorus impresses not only with their singing (volume and diction) but also with their terpsichorean powers.

The Sergeant himself, Matthew Kellett, relishes his role and is everything the stereotypical police officer should be.

In secondary roles, Mae Heydorn sings well as Ruth, the “piratical maid of all work”. For those to whom the Pirates was unfamiliar, it would have helped if her enunciation had been slightly clearer in her Act One song, as much of the plot depends on this number. Alexandra Hazard impressed in the minor role of Isobel. Always watchable, always in role, always amusing! 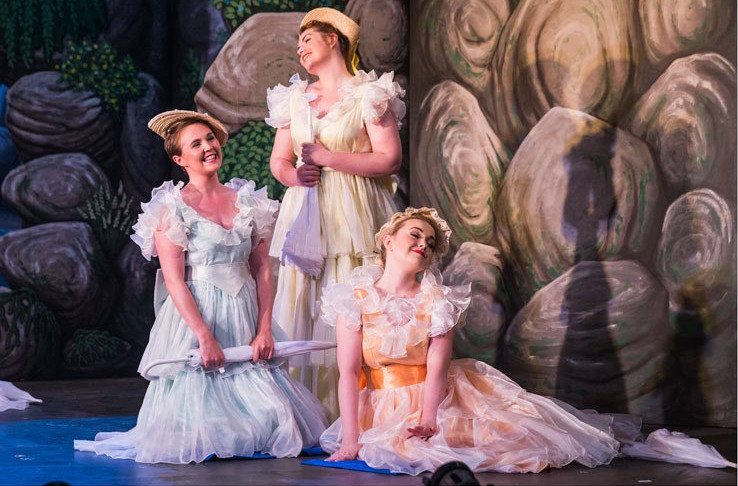 Andrew Nicklin conducted the ever-stylish small orchestra of 24, David Morgan was responsible for the period costumes, including the dazzling dresses and umbrellas used with great effect by the ladies’ chorus, and Paul Lazell designed the two striking and highly stylised sets.

This highly enjoyable production now tours England until the end of September and is more than well worth seeing.