Monsieur Marius (Claude Marius Duplany, b Paris, 18 February 1850) was a ‘Frenchman, play producer, actor, raconteur, and optimist’ (they might have added ‘cricketer, sculptor, Bohemian and womaniser’) who made a fine career on the burlesque and opéra-comique stage in Britain. 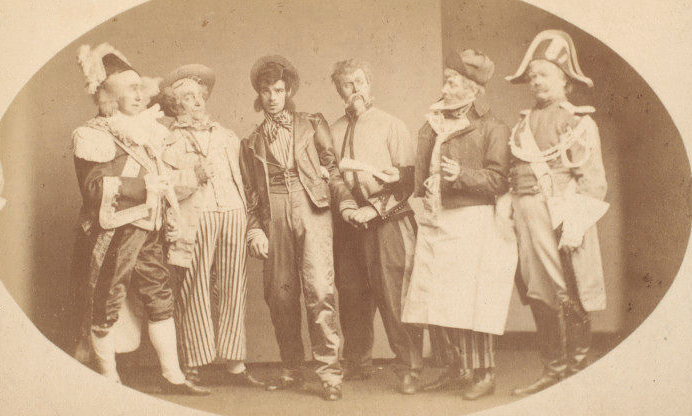 ‘Mons’ Marius began his theatrical career at the age of 15, working as an extra, then a chorister at Paris’s Théâtre des Folies-Dramatiques while doing daytimes in a silk warehouse. He rose, through his teens, to small rôles (Leucaste in Chilpéric, 1868, Saxon in Le Petit Faust, 1869) and understudies, and he was still only 19 when he was taken to Britain to play his first major rôle, as Landry to the Chilpéric of Hervé in the landmark London production of Chilpéric (1870).

In her memoires, Emily Soldene writes about Marius in Chilpéric: “Young and beautiful, and slender, and sleek, and sly and so elegant. An ideal Cherubino but, I am afraid, even more susceptible than the operatically historical and love-stricken young person. He played Landry, and made love to Frédégonde or Brunehaut, he didn’t care which, with an ardour that was not only particularly French, but particularly pleasing and particularly successful, so successful indeed that every girl in the front of the house was seized with a wild desire to understudy those two erratic, not to say imprudent characters. He certainly looked awfully nice, his figure being perfection.”

Following the enormous British success of Hervé’s opéra-bouffe (in which the young, prettily accented Frenchman won more than his share of applause) he remained on the left-hand side of the channel to play Siebel in London’s Le Petit Faust before hurrying back to France to join the seventh batallion of the Chasseurs d’Afrique when war broke out.

Having done his bit against the Prussians at Champigny, he returned to England and there appeared at the Philharmonic Theatre, and round Britain, as Charles Martel (and later, deputising for Emily Soldene, in the normally travesty star rôle of Drogan) in Geneviève de Brabant (1872). 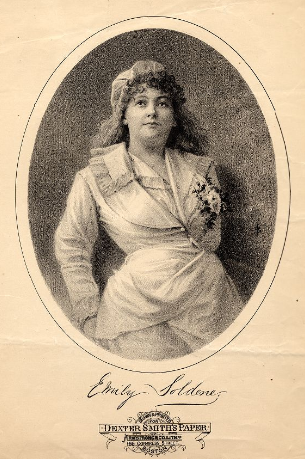 In 1873 he was contracted to the Strand Theatre and there he won major star status in the long run of burlesques and musical comedies presented by the Swanborough family: Nemesis (1873, Roland de Roncevaux Ramponneau), El Dorado (1874, Patatras), The Field of the Cloth of Gold revival (1874), Loo (1874, Rimbombo), Intimidad (1875, Intimidad), Flamingo (1875, Hannibal Gobbler), Antarctica (1876, Amadis de Batignolles), L’Africaine revival (1876, Nelustan),  a further The Field of the Cloth of Gold revival (1876), Dan’l Traduced Tinker (1876, burlesquing Forbes Robertson as Geoffrey Wynyard, the sailor hero of Gilbert’s play), The Maid and the Magpie revival (1877, Fernando Vilabella), Champagne (1877, Chevalier de la Mayonnaise), The Last of the Red Rover (Red Rover), Dora and Diplunacy (1878, Orloff) and The Baby (1879, Rajar Real Jam). He also appeared in the Strand’s occasional productions of original musicals, playing Prince Doro in Gilbert and Clay’s Princess Toto (1876) and François Frenchipani in The Lying Dutchman (1876). 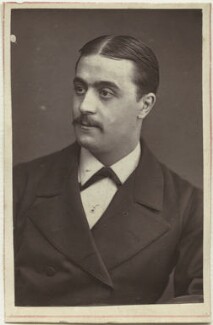 Claude Marius photographed in the 1870s in London. (Photographer: Unknown )

When Alexander Henderson brought in modern French comic opera to replace burlesque at the Strand, Marius was a natural for the leading rôles. He was paired with Florence St John as Charles Favart in Madame Favart (1879), and with Violet Cameron as Merimac in Olivette (1880) before moving with Mrs St John (who was by now Mme Marius à la ville) to repeat his Madame Favart (1882)and play Don Philip of Aragon in Manteaux Noirs (1882), Malicorne in Offenbach’s Belle Lurette (1883), and in revivals of Olivette and Barbe-bleue (Popolani) under what was billed as his own management (one Edmund Burke was lessee, but Henderson was apparently behind his former star) at the Avenue Theatre. 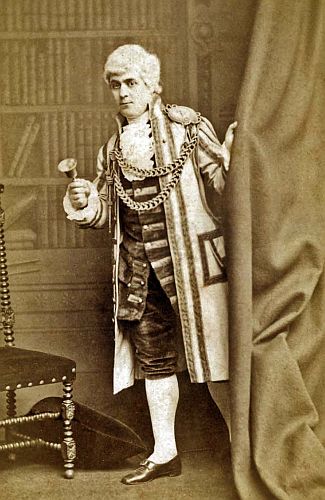 Mons. Marius as he appeared in H.B. Farnie’s English version of Offenbach’s “Madame Favart” at the Strand Theatre, London, in 1879.

The Avenue speculation came to an end, and that with Mrs St John was regularised (7 January 1884) as Marius went on to appear as Prince Grégoire in La Cosaque with Kate Santley (1884), in the operetta The Casting Vote (1885), in The Palace of Pearl (1886, Mentor) at the Empire, where he was also momentarily manager, and for Violet Melnotte in Mynheer Jan (General Bombalo, 1887). He also patented, in 1888, ‘improvements concerning fireproof curtains’. Around this time, the journalist Jimmy Davis took his pen to the actor in the pages of The Bat, sneering at him as an ex-waiter and suggesting he return to his old trade. Marius sued, proved he had never been a waiter, and was awarded ¢110 damages. Nevertheless, thereafter he increasingly devoted his attention to directing.

His production of Nadgy, with Arthur Roberts and Marie Vanoni featured, was not wholly successful, but the olde English Marjorie (1889) did well and if an English version of Madame Cartouche (1891) stayed on the road, he won a fine run with the very delicately balanced sauciness of Miss Decima (1891).

In the 1890s Marius ventured further afield. He appeared with Mrs Bernard Beere in Britain, America and Australia (1892), succeeded to the rôle of Galeazzo Visconti in Broadway’s The Fencing Master (1892), directed the production of E E Rice’s successful Boston extravaganza Venus (1893) and appeared with the Louise Beaudet company in Philadelphia in the rôle of Metepec in Jacinta (1894).

His last engagement, after several years of intermittent illness, was with George Edwardes’s South African company. He died in 1896 of consumption on board ship on the way back to Britain.

In 1885 his name appeared on the bills at Philadelphia’s New Central Theatre as the author of a burlesque on The Mikado given by the Appleton and Randolph Novelty Burlesque Co.