Édouard Théodore Nicole, better known as Léonce (b Paris, 12 January 1820) was a slim, bespectacled (off-stage) low comedian with a musical education whose particularity it was that in spite of playing and singing in what one critic called his ‘voix de flûte’, with much ad-libbing and physical foolery, he managed always to keep in tune. 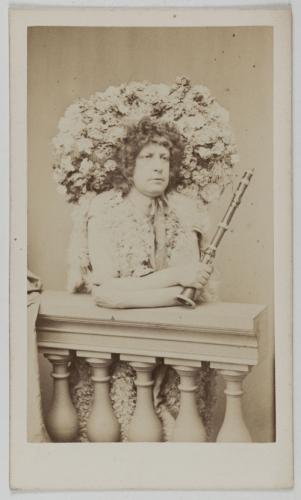 Engaged at the Bouffes-Parisiens in the 1850s, Léonce there created a number of rôles, male and character-female, in opéras-bouffes both large and small, including Offenbach’s Un postillon en gage (1856, Hélène de Saint-Bourdon), Tromb-al-ca-zar (1856, Vert-Panné), Dragonette (1857, Madame Schaubraque), Croquefer (1857, Boutefeu), Les Deux Pêcheurs (1857), Vent du soir (1858, Le Lapin Courageux), Mesdames de la Halle (1858, Madame Poiretapée), Orphée aux enfers in which he introduced the part of Pluton/Aristée (1858), as originally played for its comedy rather than any tenorial values, and Geneviève de Brabant in which he created the central part of Sifroid (1859). 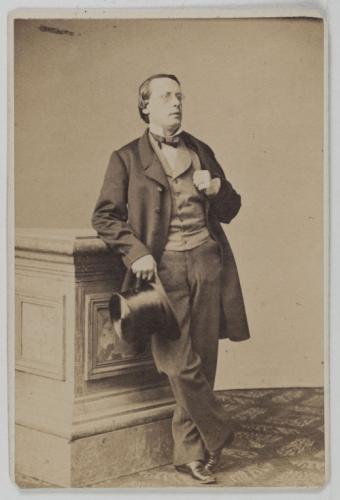 He introduced two more of his gallery of grotesque ladies as the Baronne de Follembuche in Delibes’s L’Omelette à la Follembuche (1859) and Madame Potichon in his Deux vieilles gardes (1856) and yet another as the gushing guest, Madame Balandard, in Monsieur Choufleuri (1861), took further Offenbach rôles in Le Roman comique (1861, La Rancune), as Patrocle, the younger Dunanan, in Le Voyage de MM Dunanan père et fils (1862), Boboli in Les Géorgiennes (1864) and the Marquis de Fonrose in Les Bergers (1865), appeared in Hervé’s first full-length opéra-bouffe Les Chevaliers de la table ronde (1866) as Pan in a revival of Daphnis et Chloë (1866) and, alongside Beauce, Desmont and Mlle Petit in his own little musical pochade, Une femme qui a perdu ses clefs (1866) before leaving the Bouffes-Parisiens after a solid decade of work and moving to William Busnach’s newly launched Théâtre de l’Athénée. 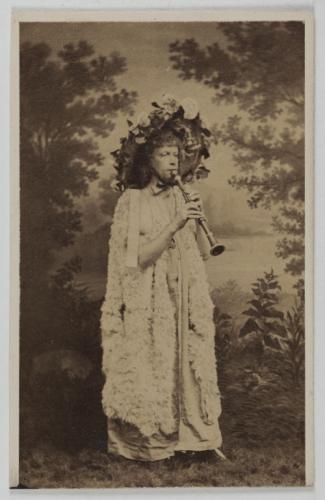 If much of the material he found there was of a lesser quality than at the Bouffes (Archiduc in Marlbrouk s’en va-t-en guerre, 1867, Les Horreurs de la guerre, 1868, Legouix’s Le Vengeur, 1868, Le Petit poucet 1868, ‘in which M Léonce enters on a velocipide’) the engagement did allow him to appear in two of the earliest full-scale works by the young Lecocq, L’Amour et son carquois, and as the mandarin Ka-o-lin in Fleur de thé (1868) before the Athénée fizzled out of his life.

He played his original rôle in a revival of Fleur de thé at the Théâtre des Variétés the following year, as well as appearing there as Volteface in Delibes’s La Cour du Roi Pétaud and, in perhaps his greatest creation in a full-sized musical play, as Antonio, the harmless-seeming caissier with a womanful past in Les Brigands (1869), and thereafter, he made his artistic home at the Variétés. 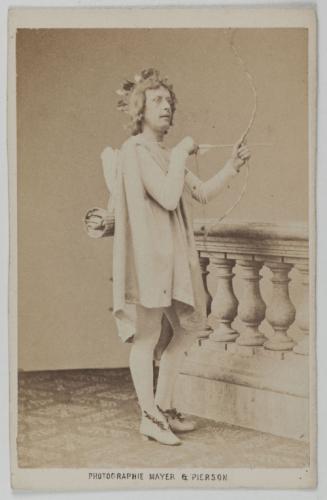 Over the next two decades he created a long list of rôles in, at first, opéra-bouffe, then opéra-comique, and in latter days in the vaudeville-opérettes which became the rage of the early 1880s. Amongst the parts he introduced and played were included Caprican in Le Beau Dunois (1870), Buckingham in Le Trône d’Écosse (1871), Oscar in the Variétés revival of Barbe-bleue (1872), Briddidick in the Paris première of Les Cent Vierges (1872), Zizibar in La Veuve du Malabar (1873), Bibès in Les Braconniers (1873), Don Pedro in the expanded La Périchole (1874), Délicat in La Boulangère a des écus (1875), Melinard in Le Manoir du Pictordu (1875), Ygène in Le Docteur Ox (1877), Tardivel in Les Charbonniers (1877), Sotherman, the lascivious clown in Le Grand Casimir (1880), Savarin in La Roussotte (1881), Bonpain in Lili (1882), the soldier Loriot with his stand-up comedy routine in Mam’zelle Nitouche (1883) and Le consul d’Illyrie in La Cosaque (1884).

He also gave repeats of his Pluton and Caissier, of Ménélas in La Belle Hélène, Alfred in La Vie parisienne, and a vast number of comedy rôles in the plays which made up an important part of the Variétés repertoire.

In 1889 he was seen at the Théâtre de la Renaissance as Ephel, the builder of the Tower of Babel, in the opéra-bouffe La Tour de Babel in the last musical creation of a career of 45 years on the stage