Yes, you are right: there are not that many operettas set in South America. Okay, there is Moïse Simons‘ stunning Toi c’est moi, but not much else. However, there are a lot of Latin-American rhythms in 1920s operettas by Kálmán, Lehár and Ábrahám. Not to mention Romberg & Co. Think of the glorious tango “Softly, as in a morning sunrise” from The New Moon or Kálmán’s rumba from Der Teufelsreiter (“Fräulein, Sie sind ein Schlager“). The oboist Nigel Shore – from the orchestra of the Komische Oper Berlin – has just released a CD called Clouds of Rain with 14 Latino flavored numbers that are not downright operetta yet, but point the way to things to come. 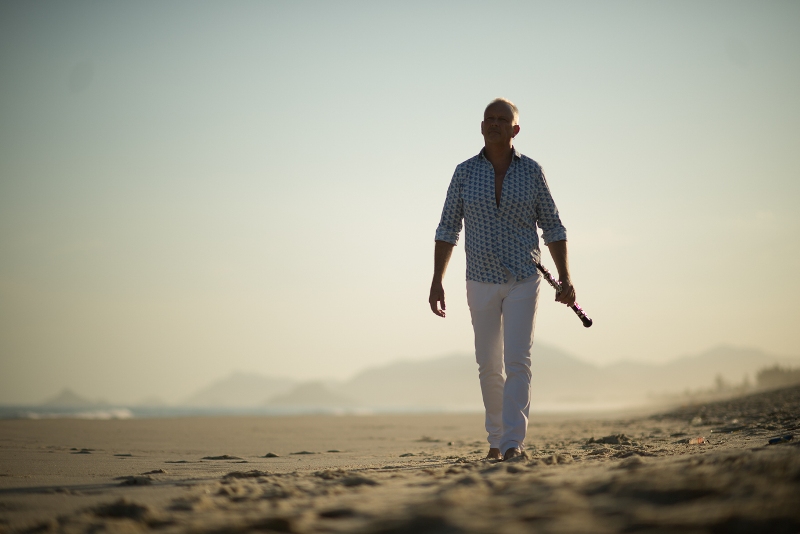 Mr. Shore was solo-oboist with the Orquestra Sinfônica Brasileira in Rio de Janeiro. He went over to Brazil with his late husband Hans Limburg who was a Bossa Nova singer and guitarist. In South America, Shore got to know the local musical scene during his three-year stay and went along to concerts of his colleagues when they performed more jazzy and folkloristic music outside the classical orchestra programs. Shore realized that not just flutes, clarinets and saxophones work well with Samba and Bossa Nova, but also the plaintive sound of the oboe. He began making musical arrangements for himself and his oboe, based on his experiences in Brazil.

After Shore and his husband returned to Germany in 2011 Shore’s partner died of a brain tumor. Clouds of Rain is dedicated to him and is obviously a beautiful homage to their life together in Latin America.

In the past, great conductors of Easy Listening orchestras such as Stanley Black have issued albums that contained operetta titles, in Bossa Nova and suchlike arrangements. If I recall correctly, the LP in question was Cuban Moonlight. There are also Mantovani’s Johann Strauss interpretations that are quite magical, if you’re in the mood for “cascading strings.” And there are people from the Swing Era lime Artie Shaw who have blessed “Vilja, o Vilja” and “Indian Love Call” with a decidedly groovy sound.

On his current disc, Nigel Shore does not go down that road. But since he’s in the orchestra of the Komische Oper he gets to play a lot of operetta music. And the idea of trying this kind of material does appeal to him: “I can imagine such a project well. After all, there is Disney in Bossa, and there is Christmas Samba from TrioRio in Berlin, combining German Christmas songs with Brazilian rhythms. The results are breathtakingly beautiful, and also very humorous. Operetta lends itself well to this approach because of the rhythmic diversity of the material; also there is a great lyric quality to the melodies that is essential for any kind of arrangement.”

Obviously, we could not agree more. And if the next project will be as stylishly packaged, arranged, and performed as this first one, then it is bound to be a winner. The numbers on the current album, Clouds of Rain, are hauntingly performed; some feature a singer (Jane Duboc). It is a disc you can play over and over again, and let yourself be transported to some sunny beach in Rio. Worse things can happy on a February morning.