It is often hugely fascinating to see how and where classic operetta recordings get recycled. Take for example the EMI series from the 1970s and 80s, featuring some of the greatest stars the label had to offer back then: Anneliese Rothenberger, Nicolai Gedda, Hermann Prey, Edda Moser et al. Now, these beloved (and bedeviled) double discs have popped up again as part of the “Cologne Collection” at Warner Classics. 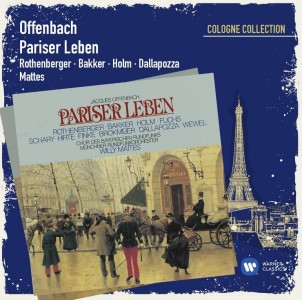 The complete operetta recordings from the EMI series where made with top notch German opera stars of the era, in an attempt to “raise” the genre to the “hights” of Singspiel and Spieloper à la Mozart and Lortzing. There is none of the cheeky “rawness” that operetta stars of the early 20th century exhibited, none of the burlesque humor of a Max Hansen, the sexual double entendre of a Fritzi Massary, the glamorous schmaltz of a Gitta Alpar or the craziness of a Rosy Barsony. Instead, you are offered well-paced, well-sung and well-tempered performances of great vocal beauty and great seriousness – even when such seriousness is not needed, at all.

Of course, this elevation approach to operetta is a heritage from Nazi times.

The Nazis, as you will remember, damned 1920s operettas a “degenerate” and wanted to demonstrate that so called Golden Age titles by Johann Strauss, Franz von Suppé and Carl Millöcker are the real glories of the genre, towering not only high above the jazz era titles, but being on the same level as the “gemütliche” Spielopern of the 19th century. Hans Severus Ziegler – the man behind the exhibition Entartete Musik – famously formulated that creed in his introduction to the Reclam Operetta Guide of 1939. The EMI executives and star-singers of the post-war period had all, it seems, read their Nazi literature well. After all, they had all been brought up on it. 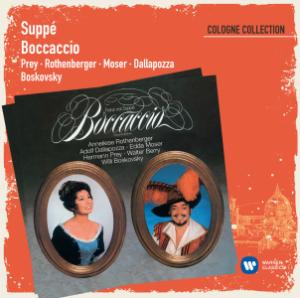 Warner’s version of “Bocaccio” with Hermann Prey in the title role.

Recordings such as Suppé’s Boccaccio, starring Hermann Prey as a baritone hero (instead of a juicy cross-dressed mezzo as was originally demanded by the authors) have the effect of a sleeping pill on the listener. No matter how suave Prey sings his ballads and love songs. The same can he said about the very “civilized” rendition of Lehár’s Paganini starring Miss Rothenberger and Nicolai Gedda, or the un-frisky Pariser Leben (La Vie Parisienne) recording under the direction of Willy Mattes, with Adolf Dallapozza as Raoul, Willi Brokmeier as Bobinet and Renate Holm as the courtesan Metella. It is, in part, a very lavish recording, but there is no fun element, no naughtiness, and no joie de vivre anywhere to be heard.

These are all documents of a time when operetta as a truly popular and alive art form died. A young generation of music theater fans did not wish to hear this kind of performance, it was considered stale and boring and outdated. A relict of an overcome era. (Which it is.) 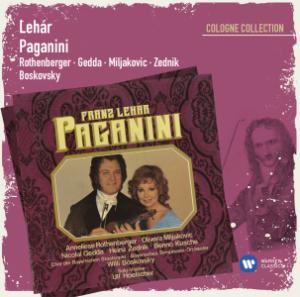 So why re-issue all of the discs again? Because meanwhile various new series of operetta recordings have started, for example the Lehár series in Munich conducted by Ulf Schirmer, released on cpo. Then, there is the Johann Strauss series from Dresden’s Staatsoperette, also available on cpo. What is most striking about all of these new CDs is that they copy, stylistically, the EMI series without having voices of that world-class format at their disposal. And the singers they have – some of them famous – do not form modern ensembles with any common sense of style that would give the new releases a sense of unity. 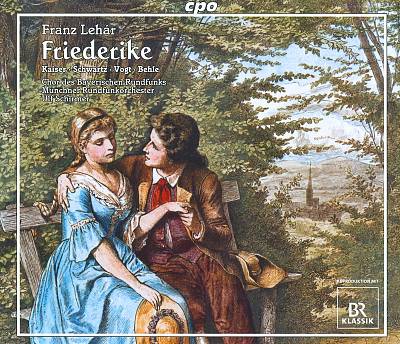 The latest “Friederike” from Munich, conducted by Ulf Schirmer, on cpo.

You can hate the old Rothenberger & Co. recordings as much as you like, but for the singers of the 1970s and 80s these interpretations were what they considered “right” and “natural,” and you get a great stylistic unity in all of these recordings that the modern versions dramatically lack. If I had to chose between the recent Friederike starring Klaus Florian Vogt or the EMI version, I would prefer listening to the latter, which at least has some historical relevance. Even if that relevance is documenting the downhill slide of the genre (at least you don’t hear it in its post-crash state.)

Meanwhile, many of the real historic treasures are available again too, so you can hear what “real” or pre-Nazi era operetta sounded like, in well-restored versions. Hopefully, the next generation of operetta singers will take these original stars as role models – for truly modern-day versions of operetta. Instead of recycling something that was already considered outdated when it came out in the 1970s and 80s, only to sound even more outdated when recycled and copied now.

So, if you want an important facet of operetta history on disc, the Cologne Collection from Warner Classics offers fascinating listening material, and it allows for interesting comparisons. 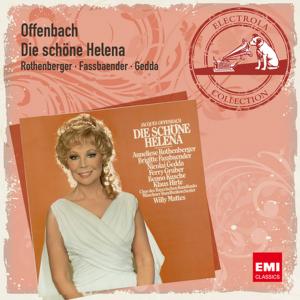 Comparisons with modern recordings, but also with other differently historic versions from the 1950s, 40s, 30s and 20s. It is important to realize that all of these versions have their historic relevance. If we, today, approach operetta, we have to take all of these versions and historic stylistic possibilities into consideration – and not just call the 1970s style “traditional” and worth considering as a role model.

PS: I might as well admit that the EMI version of Pariser Leben and Die schöne Helena (both with Rothenberger) are my most treasured guilty pleasures, the latter for the hilarious orange tunica cover alone. So, there you have it, we all have our inexplicable weaknesses. We might as well cherish them.