In a very bitter twist of irony, it happened at the exact same moment when Islamic terrorists struck in Paris, killing more than 100 people in a club named after the Offenbach operetta Ba-ta-clan. That same week-end, another operetta by another Jewish composer, Emmerich Kalman’s Csardasfürstin, made its debut in the modern Arab world where strict religious rules and regulations apply. While the Islamic fundamentalists brought violence to France and Europe, on a grand scale, the production of Csardasfürstin had to be cleaned of all violence for audiences of Oman and Qatar. Because locals (and censors) did not wish to see too much reflection of reality and real world history. You’ll remember: the 1915 Kalman operetta tells a love story set in the middle of World War 1 and deals with the collapse of the old aristocratic social system that gives way for a newer and freer world order. Something the various rulers in the super rich Arab countries on the Gulf of Persia are struggling with themselves. 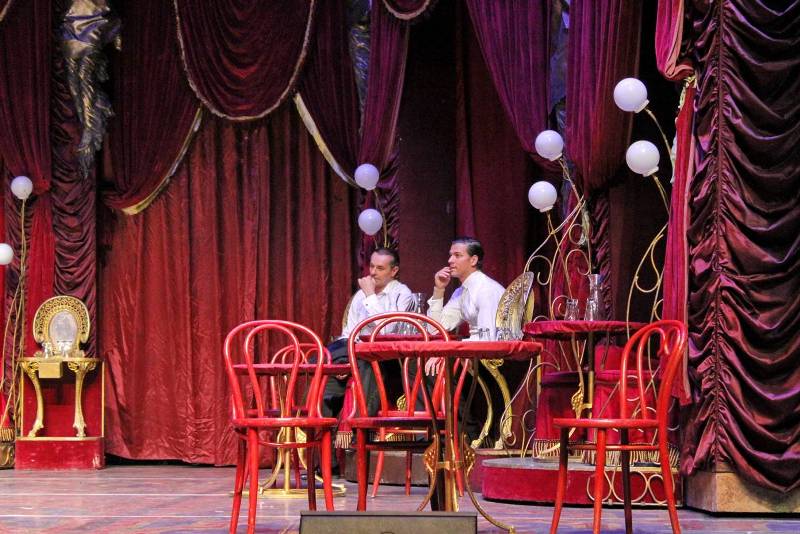 Rehearsal scene from “Csardasfürstin” in Muscat, the sets in sinful red for the nightclub. (Photo: Pentaton Concert and Artist Management)

Csardasfürstin was brought to the Royal Opera House Muscat by the Budapest Operetta Theatre and their partner Pentaton Concert and Artist Management. It’s a production by KERO, conducted by Laszlo Makláry. For Muscat, it had to be significantly adapted. Many who have seen the KERO version in Germany during a recent tour will remember that the stage director puts particular emphasis on the World War background: with many wounded soldiers appearing and dancing. For Muscat this aspect was deleted, completely. What the people of Oman got is similar to how the art form was presented in Germany and Austria after 1945: without sociopolitical context or relevance. In other words, pure escapism with glorious music and in vivid colors.

Another problem in Oman arouse because of the endless alcohol consumed in the operetta. Instead of wine and champagne, orange juice and fruit smoothies were served during the party scenes of Csardasfürstin in Muscat. Additionally, the statues of nude women on stage had to be covered up, just like the real-life actresses swirling around had to cover their legs and arms – and try to avoid all bodily contact with the men.

This domesticated “Csardasfürstin” was nonetheless a huge success with local audiences who gave the show and the Hungarian performers standing ovations. The stars were Anita Lukacs as Sylva, buffo Karoly Peller as Boni and Zsolt Vadasz as Edwin.

For the debut in the modern Arab world Kalman’s daughter Yvonne flew to Muscat and gave a lecture on the work of her father. 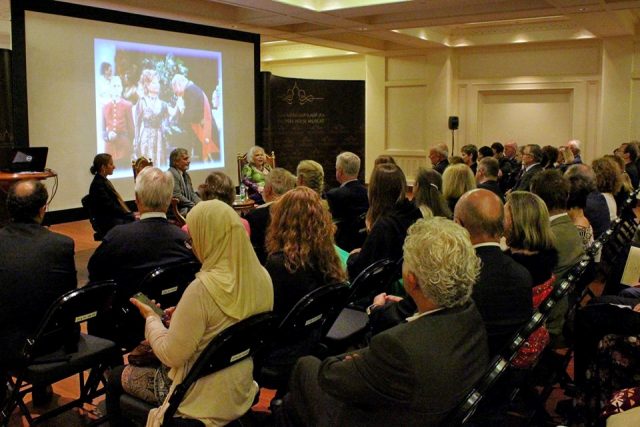 Yvonne Kalman joined the Budapest forces when they travelled onwards to Doha for a Kalman gala concert in the new Cultural Village a few days later. Again, operetta and particularly Csardasfürstin-without-alcohol-and-touching proved a success. The Budapest Operetta Theater has been invited back for 2017. 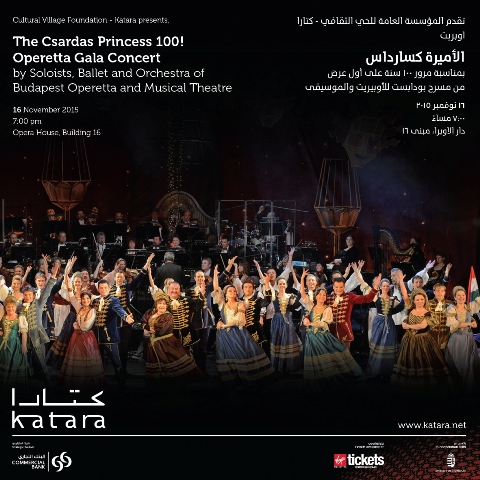 Poster for the Kalman operetta gala on Doha, 2015. 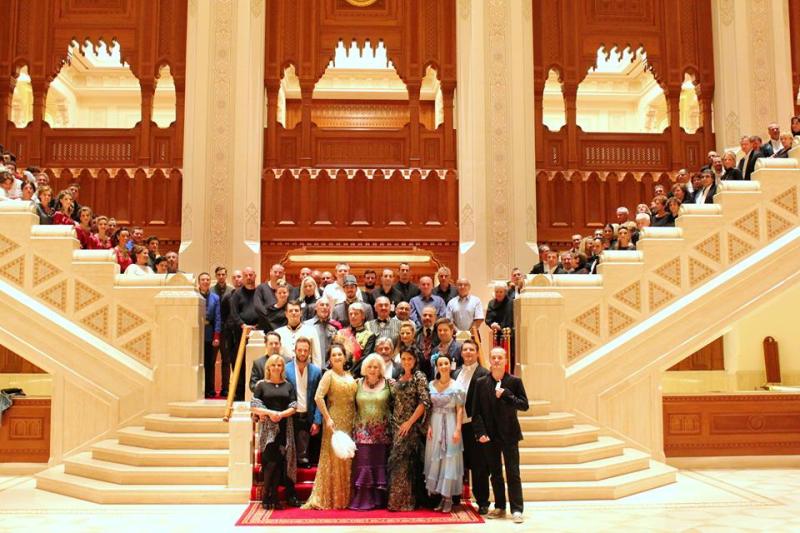 Yvonne Kalman (front row, center) together with the forces of the Budapest Operetta Theater in Muscat, 2015. (Photo: Pentaton Concert and Artist Management)