Director Alyce Mott resurrected her streamlined version of Victor Herbert’s 1899 operetta based on Edmund Rostand’s classic with the same cast she employed in the first of two performances she mounted in 2013. 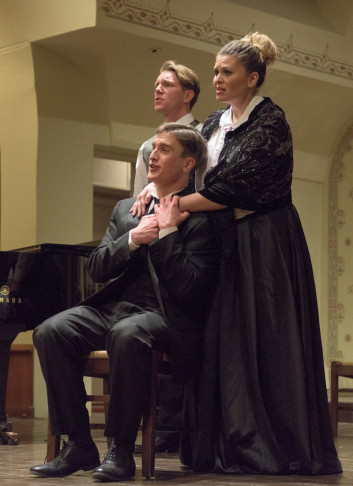 With a cast of only five, and only piano accompaniment, the work still registered beautifully, as the cast was that much improved with the experience of the earlier outing. The success of the short evening was due as much to the power of Rostand (and the savvy way Mott adapted his play), as to Herbert’s beautiful melodies, most especially tongue-tied Christian’s wooing of Roxanne, as Cyrano feeds him the words (“Let the Sun of Thine Eyes”), and the later bittersweet trio “Since I Am Not for Thee.”

The original libretto (which apparently wrapped things up with a happy ending) is lost, allowing Mott to fashion a creative mashup of the play and the operetta.

As before, the songs were beautifully and strongly vocalized by Stephen Faulk as the handsome, verbally challenged cadet, Olga Xanthopolou as the lovely Roxanne, and Nathan Brian as titular lovelorn soldier/poet.

Even without a prosthetic nose, Brian gave a persuasive dramatic performance, right up to the moving death scene with Roxanne. 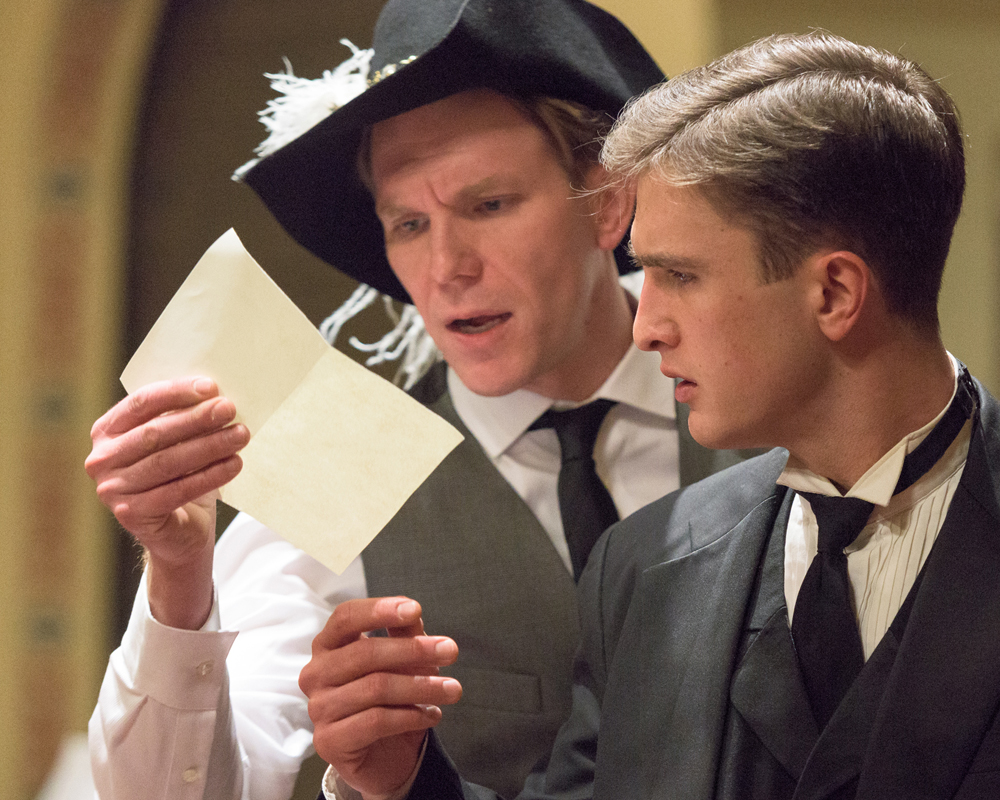 John Greenleaf made a stylish de Guiche, and the versatile David Seatter moved deftly from narrator to the roles of Mountfleury, La Bret, and a befuddled monk.

The late Dino Anagnost’s Little Orchestra Society concert version (in which Mott also had a creative hand) demonstrated the considerable additional beauties of the score when heard with a full chorus (and, of course, the substantial vigorous choral sections of the score were perforce lost in the VHRP reading) and large orchestra. But music director Michael Thomas’ sensitive piano accompaniment went remarkably far in closing that gap. 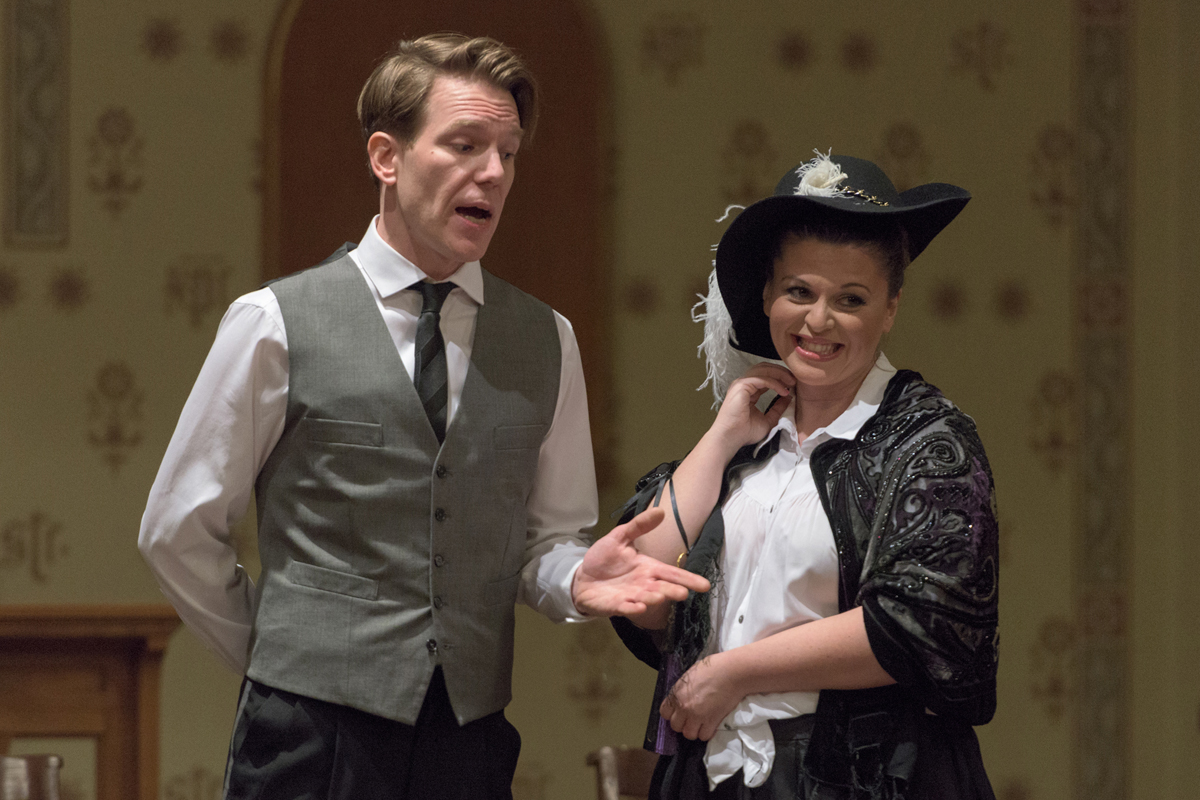