In a way you could see it coming: the Seefestpiele Mörbisch tried breaking away from the stuffy (but much beloved) operetta image Harald Serafin cultivated there as director and media darling for decades; they hired Dagmar Schellenberger to try something new. Which she did, especially when she brought Abraham’s jazz operetta Viktoria und ihr Husar to Mörbisch, based on the reconstructed original 1930 score. Most of Austria’s critics were not amused by this, nor by the “Broadway style” staging, insinuating that such an operetta approach was not the “authentic” way to do it, meaning not the 1970s TV operetta sound and look they are generally offered. So today, at a press conference in Eisenstadt, Kulturlandesrat Helmut Bieler from the socialist party SPÖ announced that the board has appointed a new artistic director for Mörbisch: Gerald Pichowetz. 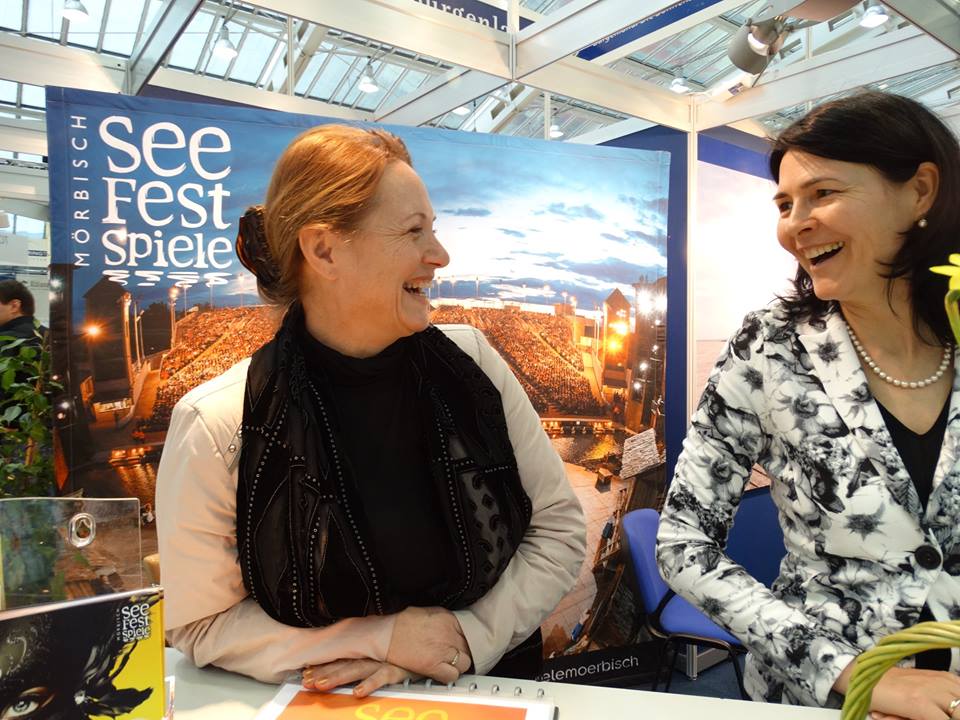 Mr. Pichowetz is supposed to take over in 2018, after Mörbisch shows Der Vogelhändler in 2017, as selected and cast by Miss Schellenberger. Which you can already see as a roll-back after Abraham, but also as part of Schellenberger’s plan to alternate older and newer operettas: she followed Eine Nacht in Venedig with Viktoria, followed by Zeller. It remains to be seen what Pichowetz’s vision for large scale operetta at the biggest operetta festival in the world will be.

He is currently the director of the Gloriatheater in Vienna, and he’s rather well-known in Austria as an actor, especially from his appearance in the 1990s ORF series “Kaisermühlen-Blues.”

He has performed (as a actor) in operettas at the Volksoper Wien and at the opera house in Graz. [It was previously reported that he directed operettas at these venues, but that is not the case.] He was selected by the board of directors in Mörbisch in “a secret procedure,” from “multiple candidates” as the newspaper Kurier reports. 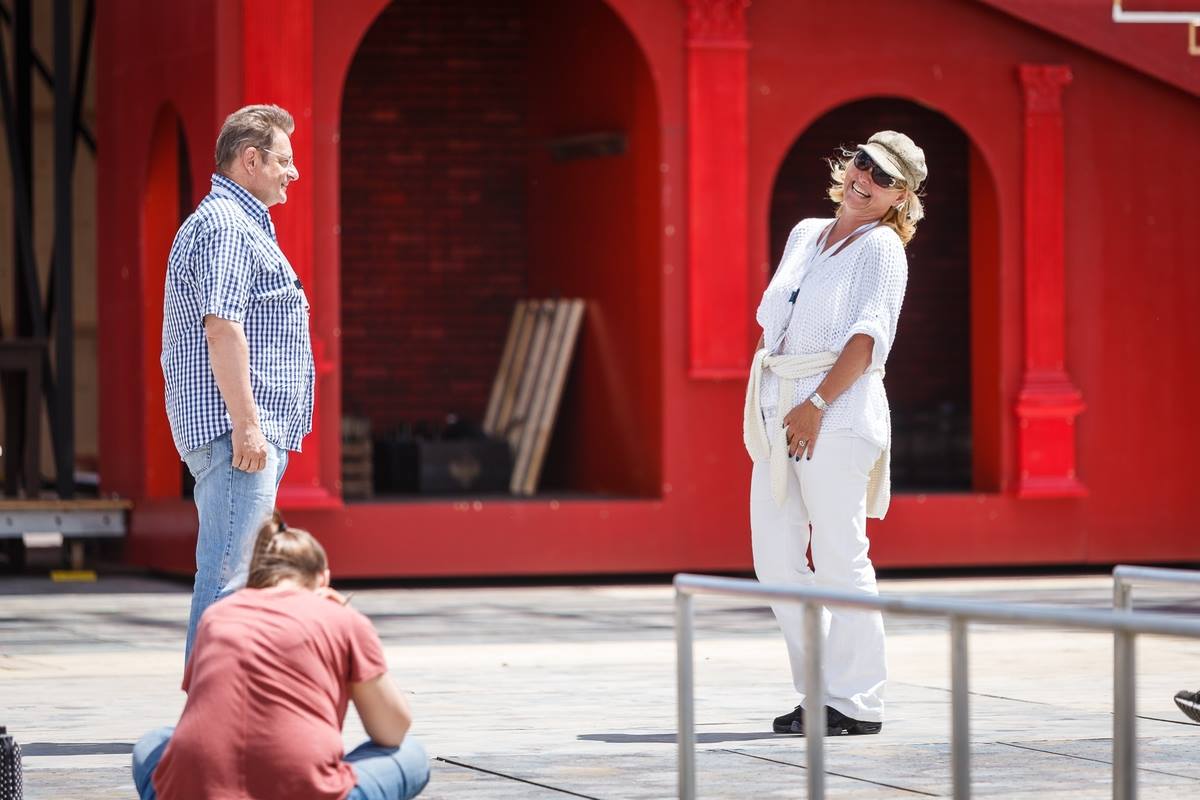 Dagmar Schellenberger during rehearsals at the Mörbisch Festival. (Photo: Private)

Hans-Dieter Roser, who worked in the Austrian operetta business for many years – including the Volksoper – commented to us: “A woman, and a German on top of that, seems to be impossible as a boss in Burgenland, even today, no matter how successful she is.” (“Eine Frau und noch dazu eine Deutsche als Chefin sind im Burgenland trotz Erfolgen offensichtlich noch nicht möglich.“) Instead of the refreshing Miss Schellenberger from former East-Germany – with her charming accent and even more charming stage presence (seen in Victoria) – Mörbisch will get “Serafin light” after 2018 with Mr. Pichowetz, as one newspaper put it. It seems the Austrians cannot get enough of that particular style of operetta, even though Serafin left Mörbisch, among many reasons, because the attendance numbers for his approach had dropped drastically over the years. Whether Pichowetz can turn that trend around by returning to a Serafin like vision of the genre remains to be seen. He did claim, in a first statement, that “operetta is not a dying art form” and that “Mörbisch is not a festival that relies on intimacy, instead it must offer opulence.” According to Pichowetz, people come to Mörbisch for the stars on stage, not for the show titles. He also thinks it “possible” to go beyond operetta in the programming. Which is something Dagmar Schellenberger also did with Fiddler on the Roof and Serafin with My Fair Lady.

Let’s wait and see what happens next. Gert Korentschnig says in Der Standard that this sort of “cultural politics” by the “red-blue representatives of the Burgenland region” is “rather brutal,” turning “everything upside down.”

“Pichowetz’s Facebook post about burglars of his house probably being ‘100 percent foreigners’ might have already been forgotten by some,” writes Korentschnig, hinting at the new director’s xenophobic political outlook, which might have appealed to the conservative board when they appointed him. It’s obviously a very different outlook to Miss Schellenberger’s “open” and “diversity friendly” view of the world.

One thing is certain: the important and most interesting impulses for operetta come from elsewhere, Berlin’s Komische Oper and Tipi Zelt am Kanzleramt, possibly even from the Ohio Light Opera and the Budapest Operetta Theater. We can only hope that Miss Schellenberger will soon reappear as head of another theater, because she proved in Mörbisch that she is a very media savvy director, good at selling and promoting her artistic program.