On 21 April, 2021, the actor and singer Thomas Fritsch died at the age of 77. He was the son of celebrated Ufa-Tonfilmoperette star Willy Fritsch who is immortalized in films such as Die Drei von der Tankstelle and Der Kongress tanzt, where he appeared together with Lilian Harvey as the German operetta dream team. Many years later, in 1964, Willy presented himself next to his dashing son Thomas as a new dream team in the film Das hab’ ich von Papa gelernt, of which there’s an LP version where they sing “Das gibt’s nur einmal” and “Du bist das süßeste Mädel der Welt” together, operetta classics by W. R. Heymann with lyrics by Robert Gilbert. 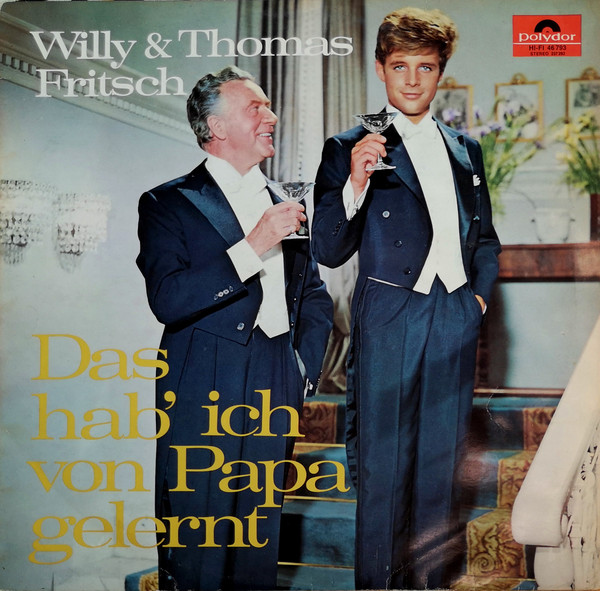 Fritsch Jr. was born in Dresden in 1944, at the end of WW2. His mother is the dancer and actress Dinah Grace, originally named Ilse Schmidt. The family escaped to Hamburg before the war was over, and it was in Hamburg that Thomas Fritsch attended music school and learned to act. He made his stage debut at the age of 20 in 1964 in a George Bernard Shaw comedy.

That same year he and his famous father made a movie together, designed to make the son better known. It was also the last movie in which Willy Fritsch appeared. (He died in 1973.) 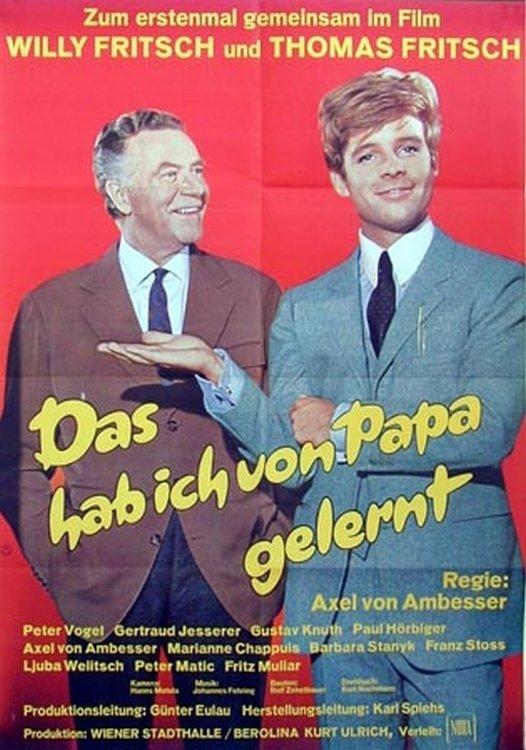 While young and dazzling Thomas explains in a song on the soundtrack that he is no Casanova (“Ich bin kein Casanova”), his father serenades the “sweetest girls in the world.” It’s certainly interesting to hear both with these famous Heymann numbers, played here by the orchestra of Johannes Fehring, arrangements by Klaus Alzner.

On the cover you see them both standing next to each other in tuxedos, champagne glasses in hand. While Willy looks up adoringly to his son, Thomas looks straight at the audience with his baby blue eyes. He certainly was a total dream boat, and would have been a perfect Danilo in The Merry Widow.

Instad of singing Lehár, Thomas Fritsch embarked on a career as a pop singer with hit singles such as “Wenn der Mondschein nicht so romantisch wär’,” which meant that he was on the cover of teen magazines such as Bravo a few times. 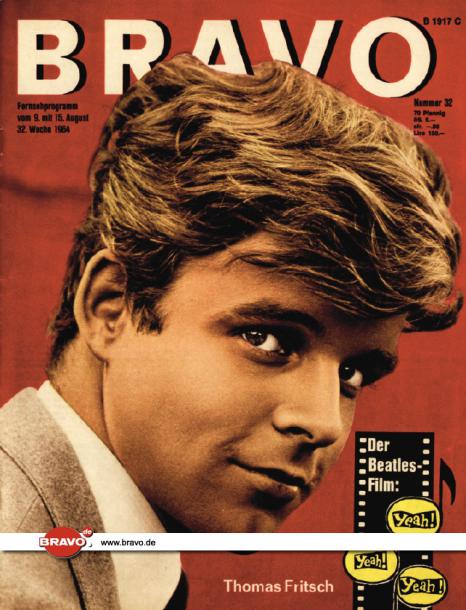 In 1965 Thomas released another LP with his father, again referencing Willy Fritsch’s glorious operetta past that now saw a reincarnation. The title of the album was Das gibt’s doch zweimal, a word play on Heymann/Gilbert’s “Das gibt’s nur einmal.” On it you hear “Ich küsse Ihre Hand, Madame” and “Ich tanze mit dir in den Himmel hinein,” next to Heymann evergreens and other favorites. 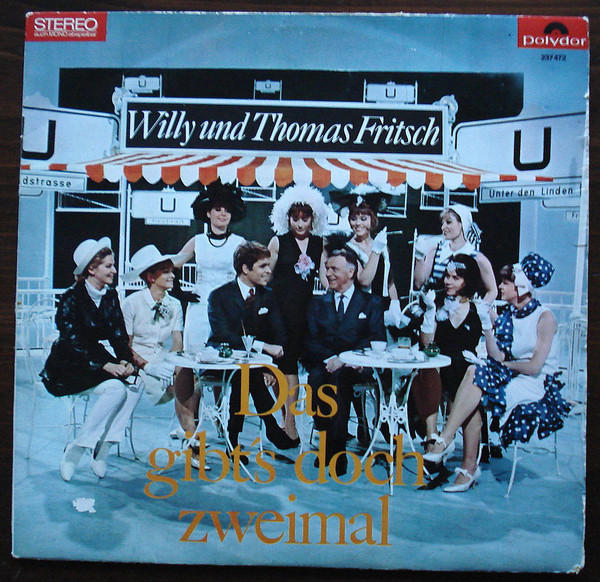 Sadly, Thomas Fritsch never made any real or novel film operettas like his father. But, considering what film operettas looked like in the 1960s and 70s, that might have been a wise decision.

Stepping out of the shadow of his father, Thomas mapped out an impressive career on screen, TV and the stage for himself. Later, he also started using his sensuous baritone as the German voice for top Hollywood stars in movies such as Gladiator, Ice Age and Lion King, or in series like Game of Thrones. He was also the German voice of Leonard Nimoy in the computer game Civilization IV.

The “I’m not a Casanova” never married and lived in Munich and on the Greek island Mykonos, a gay Mecca. He came out as bisexual in 2006, when he reminisced on wild fun in the waves and between the rocks with men and women.

He was diagnosed with dementia in 2019, and now died in Munich.

Almost all German news channels reported on Thomas Fritsch’s passing, few mentioned his father and the fact that he was from a famous German operetta family. Unlike his father, Thomas was a man who looked better and better the older he got, making a rough and ready stubble his trade mark. Considering his outstanding character voice, it’s especially sad that he never ventured back into operetta territory in later years – but being the voice over of Russell Crowe and doing Gladiator things was probably more fun (and more profitable) than reviving a genre that Thomas had only experienced in decline, not in the glory days of the early 1930s.