The students at UdK (Universität der Künste) in Berlin who are training to be stars in the field “Musical/Show” are always something to watch out for – also from an operetta point of view. Many have delivered sizzling operetta portrayals over the years, be it Nicky Wuchinger (Vetter aus Dingsda), Johanna Spantzel (One Touch of Venus), Maximilian Mayer (Arizona Lady) or Dennis Dobrowolski (Ball im Savoy). Now, the latest group of youngsters will present their first official production on 1 May. It will be streamed and is thus available to everyone worldwide. 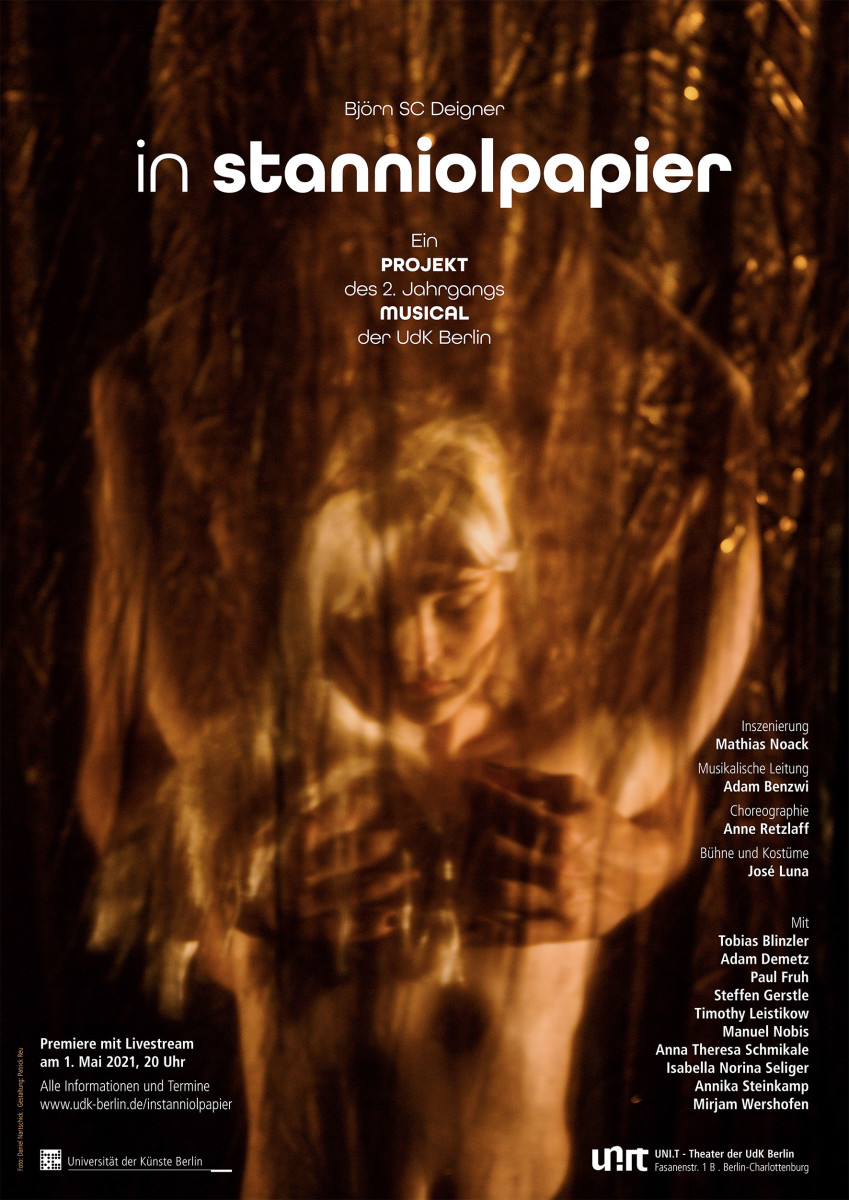 These are the 2nd year students, coached by jazz operetta expert Adam Benzwi at the piano. (For an interview with Adam Benzwi, click here.) They will present their version of In Stanniolpapier, based on the play by Björn SC Deigner. It tells the story of Maria, a prostitute, and is based on real life events without sentimentalizing or glorifying the sex worker world. Maria is a pragmatic woman and a true trooper who doesn’t let anything get her down. The language of the play is “sober, poetic, yet hard,” says the press release.

Everyone in this UdK production will play Maria in turns, representing different stages of her life. And everyone will discuss taboo topics, ranging from abuse and alcoholism to loneliness.

The live stream starts at 8 pm, German time, on 1 May, coming directly from the UNI.T theater in Fasanenstraße (the same street on which Paul Abraham used to live in the early 1930s). Afterwards, the stream will be available until 15 May, 2021. 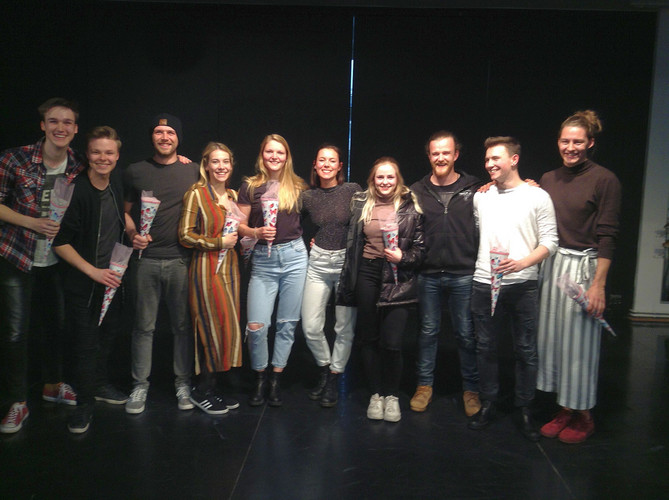