Finally: Albrecht Dümling’s great big book on music and operetta in Nazi times, Das verdächtige Saxophon, has been re-published. After many years, it is available again via the ConBrio Verlagsgesellschaft.

It was back in 2007 that Mr. Dümling – the man who reconstructed the infamous 1938 exhibition Entartete Musik – presented a follow-up exhibition about the Nazi show on “degenerate music,” in the foyer of the Philharmonie Berlin. To accompany the show, that went onto Düsseldorf (the original site of Hans Severus Ziegler’s Entartete Musik exhibition), an opulent catalogue came out. It contained, among other things, a long operetta essay entitled “Gefährliches Gift,” i.e. “Dangerous Poison.”

Written by Kevin Clarke, of the Operetta Research Center, is mapped the development of post-1933 operetta, described the changes that occurred, and tried dividing “Nazi Operettas” into three basic categories: revue operettas and revue operetta films, operettas “ennobeled” and turned into pseudo-operas (“zur Oper veredelte Operetten”), and nostalgic Singspiele such as Ännchen von Tharau or Liebe in der Lerchengasse.

In the article, Clarke goes beyond the German language scene itself and also analyses operettas written in exile, dealing with the Nazi regime (Kalman’s “Miss Underground.”)

In addition, he shows how operetta composers in England and America dealt with the Nazi topic in shows such as Ivor Novello’s The Dancing Years and Broadway’s Hellzapoppin (1938). 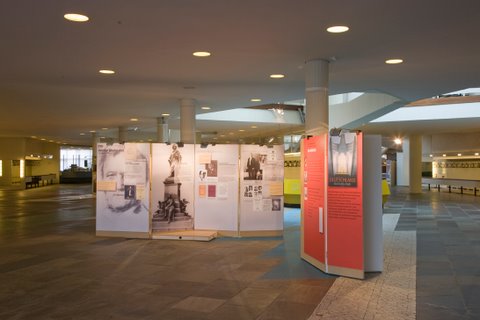 The exhibition, as presented in the foyer of the Berliner Philharmonie in 2007. (Photo: A. Dümling)

Some of these titles have recently been discussed again, in books like Popular Musical Theatre in London and Berlin: 1890 to 1939 (edited by Len Platt, Tobias Becker and David Linton.) Many, however, are still firmly ignored by the German language operetta research world.

Dümling’s 368-page book, filled with glorious b/w pictures and facsimiles of historic documents, also contains a CD with the 1938 speech of Hans Severus Ziegler for the opening of the Entartete Musik exhibition. It has now been given individual tracks, making it easier to find specific aspects. 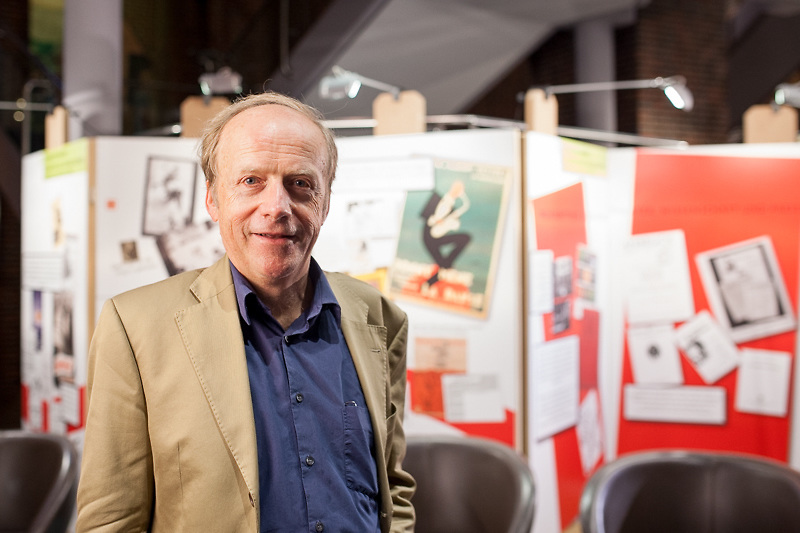 The book comes out on January 26, the price is 29,90 Euros. For more information, click here.