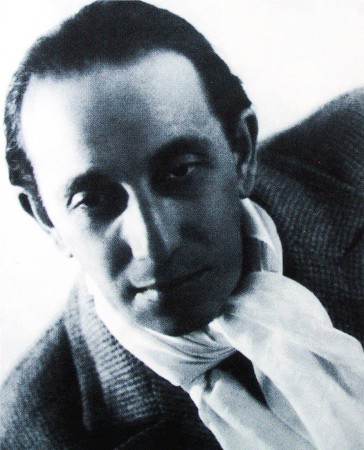 Pail Abraham at the hight of this career in the early 1930s.

The show includes many of the composer’s best and most well-known songs, and this staging used the musically ‘reconstructed’ version by Hagedorn & Grimminger, which has superb 1920s style orchestrations, played with elan by the Badische Philharmonie Pforzheim.  The unnamed Hawaiian guitar player in the pit added essential color to the romantic numbers, also causing the entire audience to lean forward to see if they could see him every time he played! Sadly: they couldn’t; which is a real shame!

The Pforzheim version was particularly strong musically: Thérèse Wincent, in the dual roles of Princess Laya and chansontte Suzanne, demonstrated a lovely soprano voice as well as looking the correct age! Albrecht von Stackelberg, as the Captain Stone, looked suitably dashing in his uniform, as well as possessing charm and a clear tenor. Cornelius Buffy as Jim Boy was particular convincing in his Act 3 blackface routine. Kwonsoo Jean, as Lila, possessed a gorgeous velvety tenor singing voice, but found difficulties in sounding convincing in dialogue scenes, as did Aleksandar Stefanoski as Hilo.

The dialogue had been rewritten especially for the Pforzheim production by the director, Marcel Keller, and the dramaturg, Thorsten Klein, in order that the first two acts should be told in flashback. This involved Lila sitting in his bath in the “Garderobe des Revuestars” as a spoken prologue between the jazzy orchestral prelude and the opening number of the show, and daydreaming of his former life in far-away Hawaii. This might have been a good idea on paper, but had the effect of bringing the operetta to a halt before it even began!

Act 3 also took place in the “Garderobe des Revuestars,” which involved considerable rewriting of the plot! (By that time, though, we had heard so many wonderful songs, superbly put over, that we didn’t much care about the plot making sense anymore!) 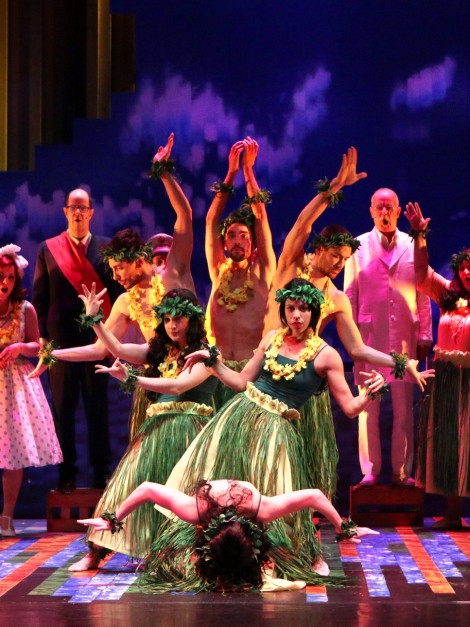 Mention must be made of Spencer Mason in the spoken role of the Governor, Lloyd Harrison. He made much of a secondary role, not only by looking like Phil Silvers/Sgt. Bilko, but also speaking perfect German in a very strong American accent, which was highly amusing: every time he was on stage he lifted the whole production to a new level of inspired lunacy.

The chorus, though small in number, more than made up for its size with enthusiasm, as did the suitably camp ballet dancers who were unaccountably not used at all in Act 3. The inventive choreography was by Darie Cardyn.

Set design, by Marc Jungreithmeier, was imaginatively simple yet effective, especially the tropical sea in Act One, and costuming, by Anna Ignatieva, was surprisingly lavish for a production staged on a small budget, really aiding the company in creating the necessary atmosphere.

Overall, a highly creditable production: stylish and fun! I am continually amazed at the high standards that small provincial theater companies achieve all over Germany. Next season the operetta-of-choice at Pforzheim is Ein Nacht in Venedig.