If poster images – or mood photos attached to an official press release – are any indication of what’s to expect, then these three white plastic cups with “Je t’aime” scribbled into them are representative of a certain kind of operetta interpretation. An interpretation that is in radical opposition to the glitter-and-be-gay formula which Barrie Kosky has successfully (re)-applied to the genre. And that stage director and teacher at Berlin’s Universität der Künste, Frank Hilbrich, now wants to counter-balance with his opera students in a program called Die lustige Witwe und ihre Freundinnen. 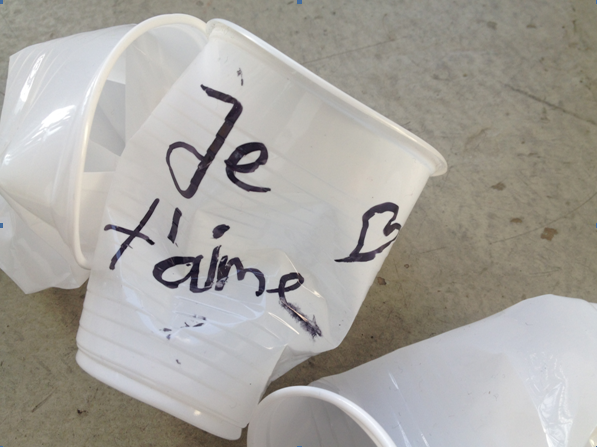 Twelve students will present this Merry Widow and Her Friends as “Ein Operettenabend nach Franz Lehár.” Now, before you say ‚Isn’t that the oldest hat in the business – not another Merry Widow,‘ you should know that there will be inserted numbers from Abraham’s Ball im Savoy, Offenbach’s Périchole, Suppé’s Schöne Galathée and – get ready for it – Wiehle’s “Panzerlied.” No-one should be able to claim that operetta is not about politics. Although the question is, how do you make operetta political?

Barrie Kosky managed it, in a surprisingly simple yet effective way, when he turned Ball im Savoy around at the very end and made every one sing an a-capella chorus number in memory of Paul Abraham and his terrible fate caused by Nazi politics. Whether plastic cups and Wehrmacht songs about steel tanks will have the same stirring emotional effect remains to be seen.

The singers you can hear for two performances only on February 13 and 14, at 7.30 pm, are: Jonas Böhm, Antje Bornemeier, Alexander Fedorov, Eva Friedrich, Katharina Held, Marie Sofie Jacob, Pauline Jordan, Maria Konradsdottir, Eva Maria Nikolaus, Isabel Reinhard, Anna Schors, and Chris Young. There are two musical directors, Nico Stabel and Johannes Zürl. The entire event is scenically supervised by Frank Hilbrich. To refresh your memory: Mr. Hilbrich was responsible for the amazing Vetter aus Dingsda production in Bremen that starred Nicky Wuchinger and Alan Hodzovic, plus the superb conductor-on-stage Florian Ziemen who was just appointed as the new general music director and (!) opera director of the Theater für Niedersachsen, which is in Hildesheim. 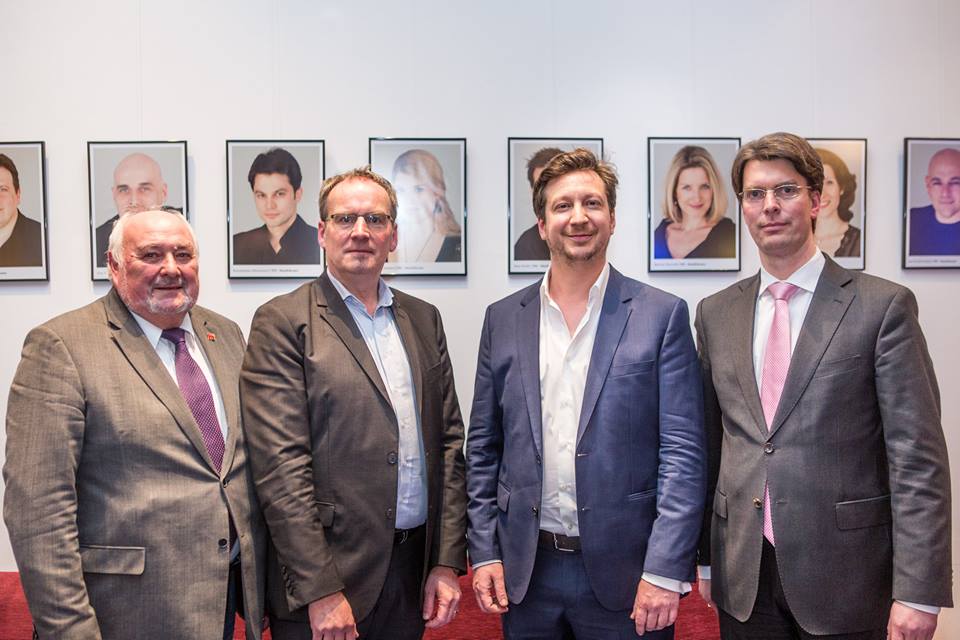 But to get back to the UdK opera students and Die Lustige Witwe und ihre Freundinnen: the performances are at the uni.t (Theater der Universität der Künste) in Fasanenstraße 1 B, Berlin.