Palazzetto Bru Zane has devoted its energy to the rediscovery of forgotten (French) operas, so far. But now, an opéra bouffe by Hervé has popped up among the Palazzetto Bru Zane projects that includes a new stage production, a tour through Europe, and CD issue of Les Chevaliers de la Table Ronde. We spoke with Alexandre Dratwicki, the head of the research department, and one of the creative master-minds of Palazzetto Bru Zane, about their new interest in Hervé, operetta, and their future casting of projects. 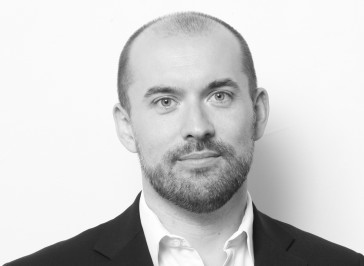 The “zany” and “scandalous” operas bouffes by Hervé and Jacques Offenbach were extremely successful in the 1860s, especially in demi-monde circles and because of their sexually liberated content. How difficult is it to revive these shows today, in an age of online pornography? And can a revival of these pieces work, based purely on their limited musical fascination?

We think that the modernity of these libretti is precisely the first reason why a modern audience can appreciate these operettas again, today. They doesn’t seem old fashion like, for example, the opéras-comiques of Grétry or Boieldieu, which can really seem disconnected from our modern sense of humor. Some of the dialogue in Les Chevaliers seems so linked to our modern spirit of life that a lot of people thought they heard a newly adapted version by our stage director. And that was not the case! The scientific approach of the Palazzetto to this project made us stick closely to the text of 1866, without cutting and rewriting it.

While Jacques Offenbach has become something of a national hero in France, with his top 5 works performed regularly at opera houses, Hervé has been mostly forgotten. Is Hervé’s music not as inspired? 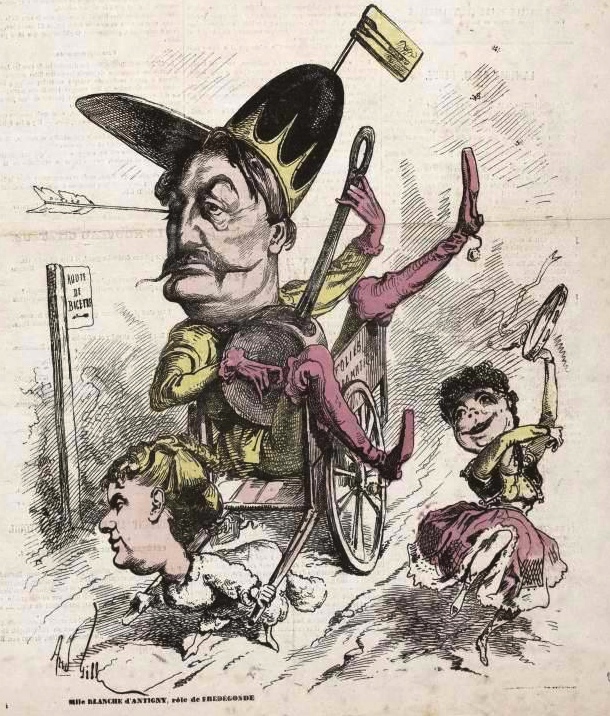 I really think that the music of Hervé has the same level of quality as Offenbach. And, moreover, some of the libretti written for (or by) Hervé are even better, in my mind, than some of the Offenbach we all know so well (e.g. La Vie parisienne). Reading Les Chevalier or L’Oeil crevé makes that very clear. The problem of Hervé’s posterity is linked to a condemnation in 1856 that banished him from Paris for years (after one year in jail). When he came back it, was too late to build up notoriety: Offenbach was the “master” of operetta in Paris, and Hervé was seen as a copy of Offenbach. Even though many of the key ingredients of the new genre “opéra bouffe” and operetta were invented and first introduced by Hervé, not by Offenbach. After the Franco-Prussian War of 1870/71, the spirit of the operetta changed. Lecocq was considered the new role model: less funny and more “bourgeois” than Offenbach. He is also more connected with the style (and spirit) of the old opéras-comiques of Adam and Auber. Maybe that is why this sort of operetta has been named “opérette retrospective”.

At that time, between 1870 and 1880, Hervé changed his style too, to stay in touch with the new taste of his audience: La Cosaque, for example, is really not the same kind of Hervé as before, the Hervé of the famous “Tétralogie” written between 1866 and 1869: Les Chevaliers de la Table ronde, Chilpéric, L’Oeil crevé, Le Petit Faust. His later Mam’zelle Nitouche is the only piece from the post-1870 period that stayed in the repertoire. There are even various film versions made in the 20th century, one with Fernandel. Today, the old generation still remembers this operetta title, even if they don’t know the name of the composer… 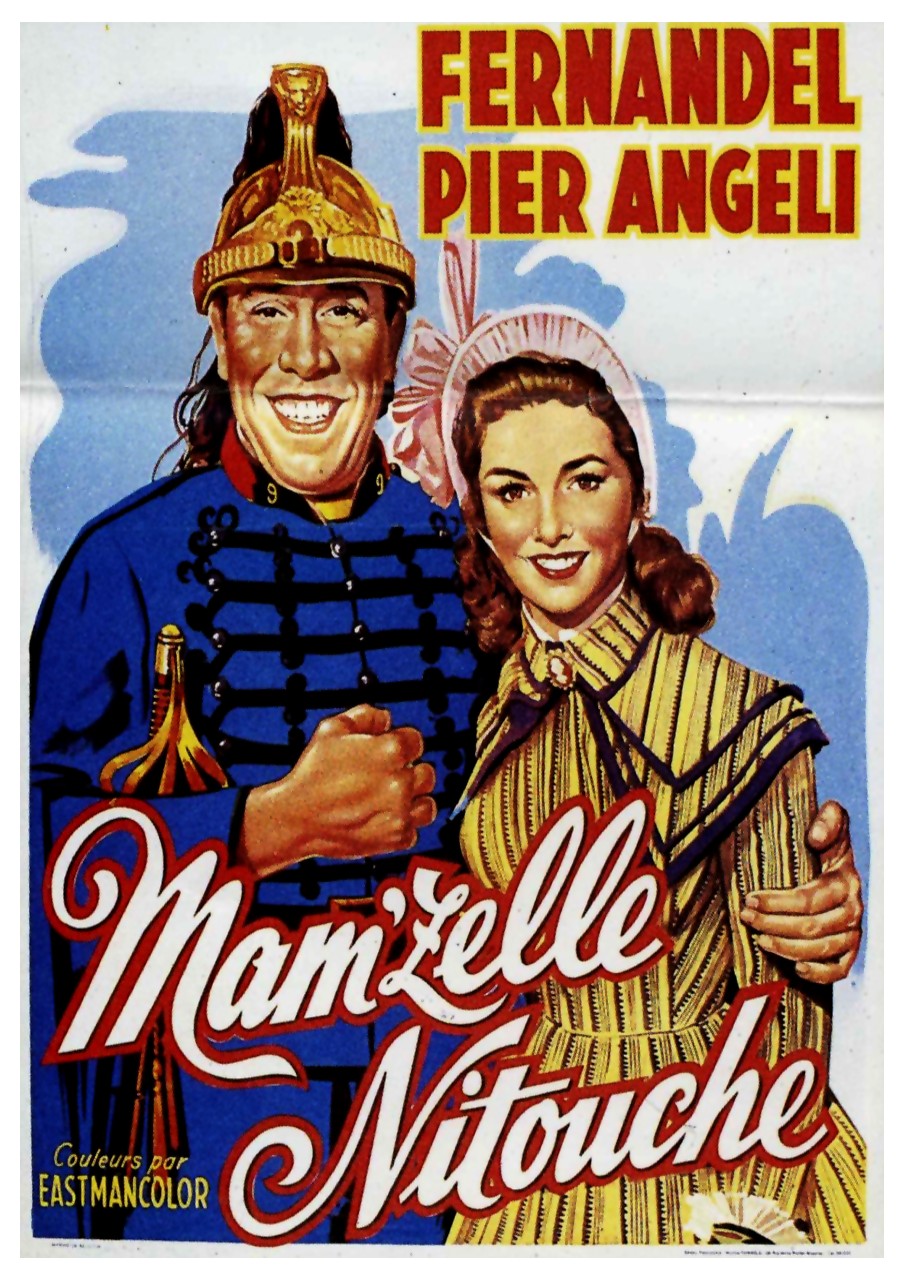 Poster of a film version of the ever-popular “Mam’zelle Nitouche”.

You plan to expand your opéra bouffe project, and present other operetta titles too. Which titles can we look forward too, and why did you choose them?

It’s maybe a bit too early to give all the detail of this new direction of programming. But you are absolutely right: we want to keep operettas as a “fil rouge” of our next seasons, and particularly in this special activity of production we just developed, which means trying to tour a stage production in a lot of cities each years. Hervé will certainly be one of the composers which we will focus on a lot, as he absolutely represents a high level of “French touch” of the Second Empire (and Third Republic). But lot of other names are being discussed in our company: well-known ones like Lecocq, Offenbach, Messager, Terrasse, and forgotten ones such as Serpette, Toulmouche, Audran. For our rediscovery projects we will choose artists and stage directors depending on the feeling we – and they – have with the libretti. The humor of Lecocq is not the same as that of Messager, Yvain, or Hervé. You have to find people who understand and appreciate the particularity of the stories they are supposed to stage.

Operettas were once performed by highly specialized actors. Emily Soldene wrote about C. D. Marius in Hervé’s Chilpéric in London: “Young and beautiful, and slender, and sleek, and sly and so elegant. An ideal Cherubino but, I am afraid, even more susceptible than the operatically historical and love-stricken young person. He played Landry, and made love to Frédégonde or Brunehaut, he didn’t care which, with an ardour that was not only particularly French, but particularly pleasing and particularly successful, so successful indeed that every girl in the front of the house was seized with a wild desire to understudy those two erratic, not to say imprudent characters. He certainly looked awfully nice, his figure being perfection. And how clever he was! And how he managed what he was pleased to call ‘his voice’. It was not singing, but ‘he got there all the same’.” How difficult is it to find modern-day equivalents to such performers, with sex appeal and effective non-singing-voices?

C. D. Marius as Landry: the “masculine masher” in “Chilpèric.”

It was usual, until a few years ago, to complain that young singers were no more able to “play” the spoken text of operettas. I think that accusation is completely wrong today. Because of the crisis of culture, because of the knowledge of Ancient Music (Cavalli or Rameau), because of the demands of contemporary music (in which speaking is common), young singers are nowadays really well prepared to “adjust” to any challenge. We find that – when casting our projects – that we have a large choice of really good and funny singers that trust in this kind of music. Regarding the voices, I’m convinced (except for some funny “role de character) that casting good and nice-sounding voices helps this repertory to be well-considered today. Should I say that some old singers, specialized in operetta, sometimes give me the impression that they did this job because they could not sing Mozart and Verdi, and then try to argue that this music should absolutely be sung like they did? I’m not sure … When you consider the quality of the orchestration of Lecocq or Messager, and the way they write for high baritone, in particular, it seems evident that they want good singers – with really nice voices.

Generally speaking: do you see a new approach to opéra bouffe and operetta with a new generation of researchers, performers and theatre directors? What is different today, as compared to the 1960s and 80s (with Michel Plasson conducting many of these titles)?

For me, it’s more a question of spirit. First, the generation of the 1960s was more or less naturally linked with this repertory. It was common for them, they grew up with the genre being performed and played everywhere. It was not an artistic experience for them, though, more routine. Now that the 21st century, we areentering into the “Museum of Music History,” its repertoire seems “far” and “fixed,” like an object you can’t modify: it is part of the History, our History. And you can read it in a more scientific way, to try to understand and to present it like an opera of Vivaldi or a motet of Lully.

Second point, even more important: because of the European crisis that started in 2008/2009, people are depressed and want to have fun, rather than cry or listen to complicated things. Going out with friends or family, they want to smile – and listening to Hervé helps them feel better. The picture I am painting is a bit of a caricature, but not so wrong. And musical institutions have to offer evenings that are less expensive, because of all the budget cuts. In an operetta you don’t necessarily expect stars. The tour of Les Chevaliers seems a good model for upcoming programming.