Express G&S was conceived during lockdown, and is the well nigh perfect post-lockdown entertainment, especially for Gilbert & Sullivan aficionados, but also for anyone who relishes a feel-good, often hilarious, 75 minutes in the company of three highly talented singing actors. 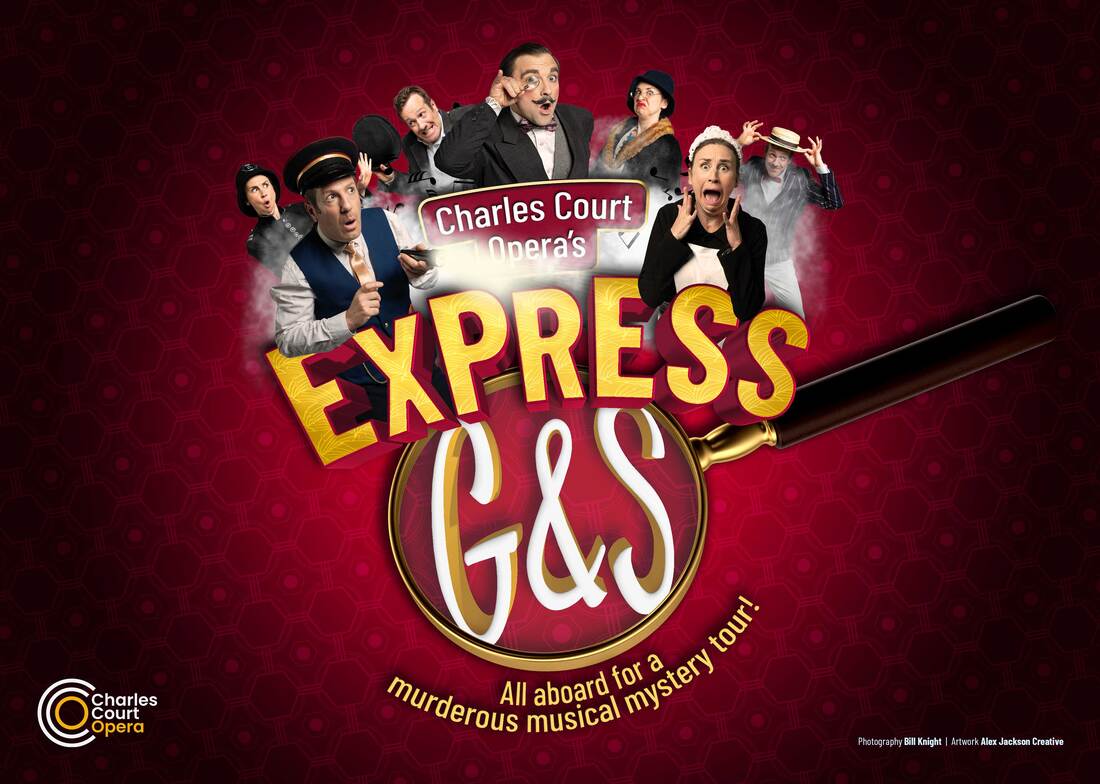 John Savournin and David Eaton, who must have an encyclopaedic knowledge of everything G&S, have raided all their works, except Thespis, plus Bernand and Sullivan’s Cox and Box and have come up with a Poirot style, tongue in cheek, mystery to rival Agatha Christie, using not only Sullivan’s music, but, very cleverly, much of Gilbert’s dialogue and lyrics, interspersed with mock-Gilbert of their own. The result is a seamless pastiche and an operetta in all but name.

At the risk of spoiling what plot there is, the show takes place on board a sleeper train en route from Penzance (presumably!) to London where a dastardly crime is committed.

Whilst all three cast members are highly talented and work beautifully as a team, Catrine Kirkman is perhaps the most impressive, if only because her voice has a range which enables her to sing both contralto and soprano roles. Amongst the multitude of parts that she plays, both male and female, her sense of the absurd quickly communicates itself to the audience, safely socially distanced at the Pleasance Theatre. She is also able to sing off the words so that they always make sense and seem to come from within her persona, for example “Braid the Raven Hair” and Lady Jane’s song from Patience which, for a change, have real pathos as the lyrics are given equal value to the music.

Matthew Kellett, in the “Poirot” role is also highly successful, especially singing G&S in English with a French accent. Physically he is always watchable, particularly when moving smoothly around the stage on wheels! (Go to see him and you will understand what I mean!) His diction is particularly good, and the ‘patter’ songs are slowed down slightly so that, as with Catrine Kirkman, the words always make sense! 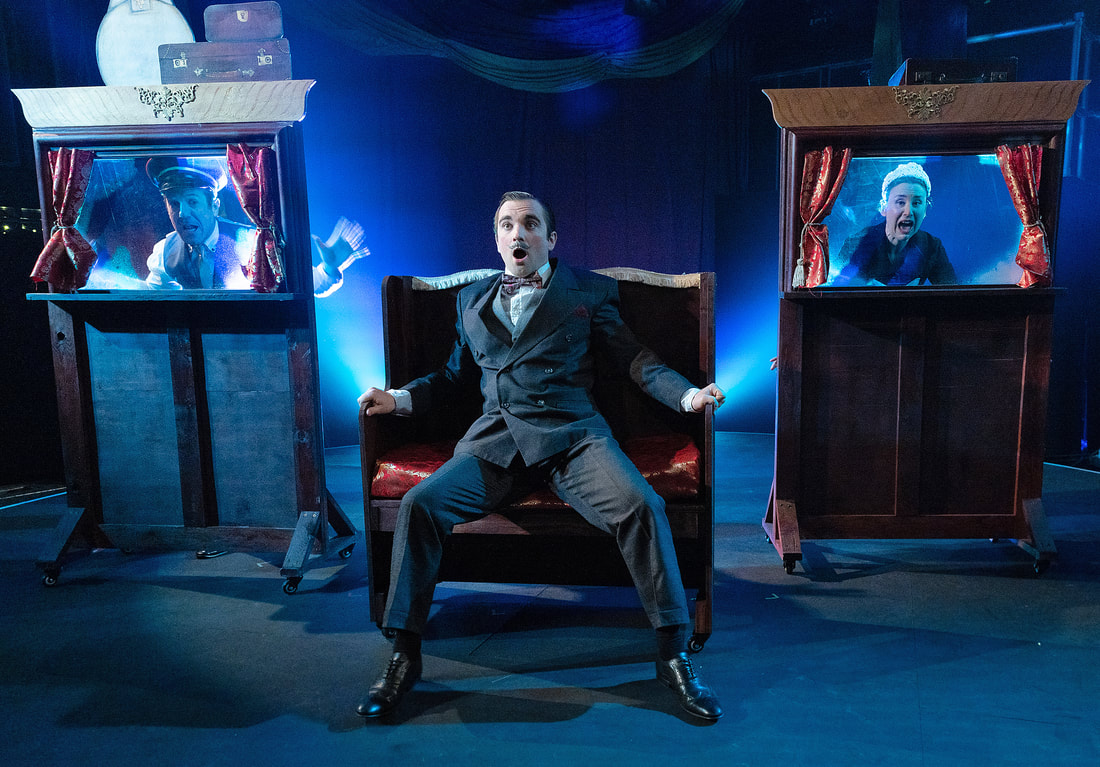 The train’s guard (these days “train manager”) plus many other passengers on the train, all of whom seem to come from different G&S works, is Philip Lee. Although his diction is not always quite as clear as the others, he has a very expressive face and has great energy in his multitude of roles, especially perhaps as Edwin (Trial By Jury) or is he supposed to be Nanki Poo (The Mikado)? We shall never know!

The piano is enthusiastically played by David Eaton, and David Savournin’s direction has terrific energy, as befits his script/libretto. Jessie Huckin is responsible for the simple but inventive design.

All in all a wonderful, uplifting, life-affirming evening, set off by the superb front of house staff at The Pleasance, who make the auditorium seem very Covid-19 secure and go overboard to be as helpful as possible: nothing seems to be too much trouble!

Whether or not you know your G&S, you will find this a hugely enjoyable evening’s entertainment  - and just the right length: it leaves you wanting more. Highly recommended – only one stop from King’s Cross on the Tube, then five minutes walk. So go!