My first reaction was: ‘Not another fairy tale musical!’ But after Monday night’s concert at The Ballery in Berlin, where a star-studded cast presented the songs from the Michael Bellmann/Ralf Rühmeier show Alles Märchen, I have to admit: this was a queer operetta dream come true! 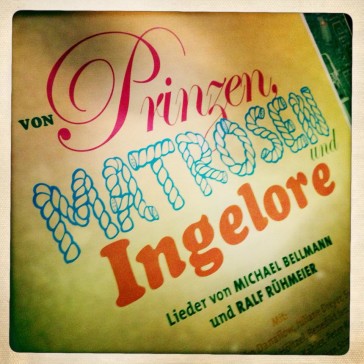 The writing team of Bellmann (music) and Rühmeier (lyrics) has been working together for a while now; and they have presented their projects at various smaller venues and workshops. But Monday night’s concert was not a workshop but a proper “Best of”-concert featuring numbers from three shows: Hermann, der Matrose; Komm’ mir nicht mit Sokrates!, and Alles Märchen. The first is a show – get ready for it – 12 gay sailors, lost in the high seas of queer comedy. As Rühmeier pointed out in his introduction, it’s been difficult getting backers for such a large-cast-project. If it had been 12 nude girls adrift, matters might look differently. (There’s always money for female nudity.) But Rühmeier/Bellmann stuck to their original idea and got three amazing people to present their work. Wolfgang Höltzel sang the insurance clerk Hermann who dresses up as a sailor, to go down to the harbor and … well, go down on the first class mates he finds there. His seaman song “Jetzt steh’ ich hier” has a strong Disney factor, i.e. it sounded very much like Alan Menken. I could visualize a cartoon version of this song, all the way through. 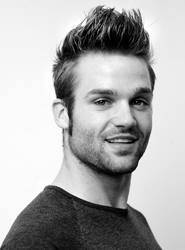 And they had Peter Kock – star of Cabaret in Berlin, currently in Ich war noch niemals in New York at the Theater des Westens – sing the old nasty captain Walter. His “Sei ein Mann” (“Be A Man”) was a lesson in character singing and, like the rest, irresistible. 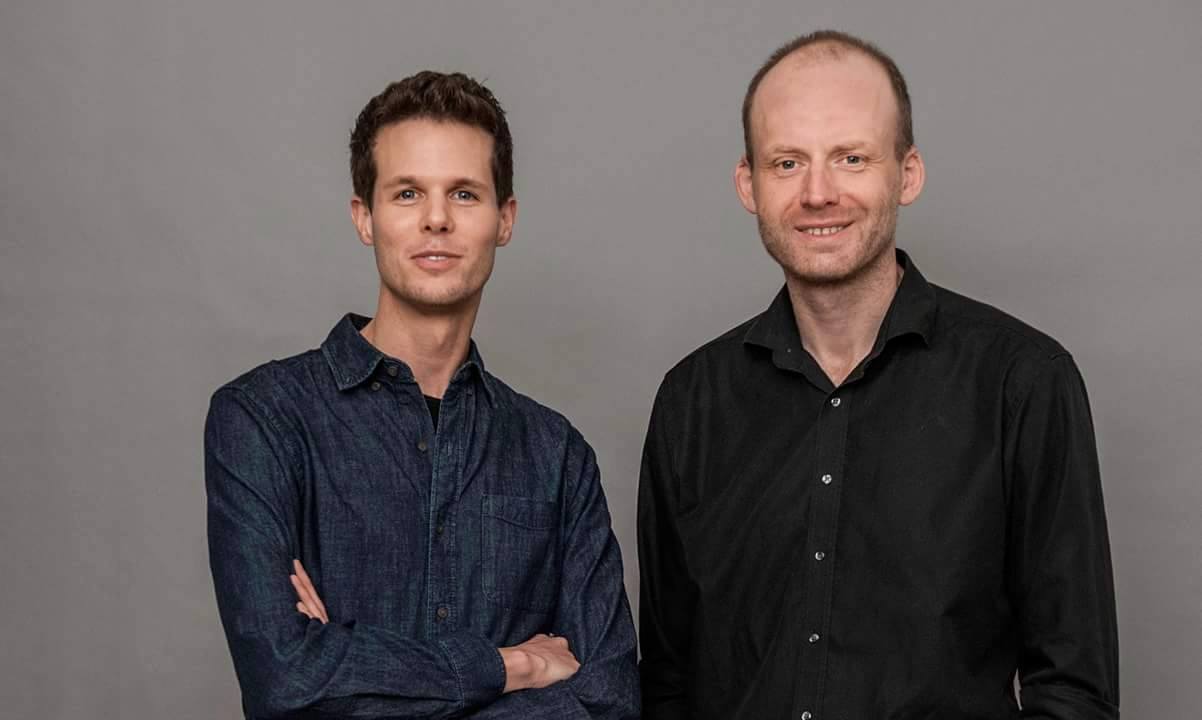 The next show, Komm’ mir nicht mir Sokrates!, is about a married couple, Ingelore and Jürgen. They don’t get along anymore. And sing about their dysfunctional relationship. Norbert Kohler impressed me with his ringing voice and vibrant personality as the underdog (“Ich weiß, dass ich nichts weiß”) – he came straight from Hamburg where he plays Monsieur Reyer in the current Phantom of the Opera. 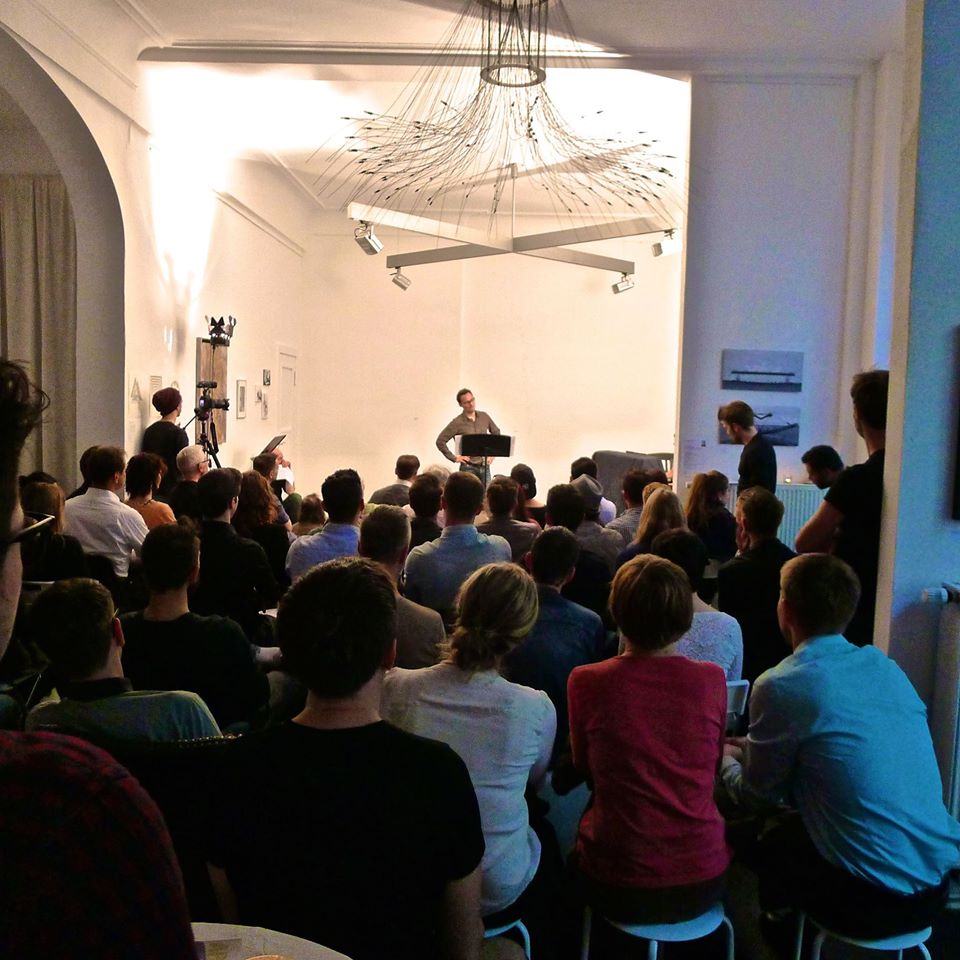 There were more goodies: in part 2 you got 11 numbers from the song cycle Alles Märchen. Here, Bellmann developed a more individual musical style that did not sound like Menken or anyone else, but only like him. Maybe it’s the decidedly “queer” retelling of Grimm’s fairy tales that inspired him? Jennifer Sieman and Dennis Weißert as a Prince and Princess on their wedding night were hilarious (“Die Hochzeitsnacht”), Sebastian Stipp as the executioner “Henker Helmut” who wants to be a comedian was riotous, and superstar Daniel Rakasz (Dirty Dancing) playing a hunky prince who falls for his colleague (“Nehmt mich”) was a show stopper. He’s an operetta dream come true, and he can dance too! It would be great seeing someone like him in more Berlin operetta productions. (Komische Oper, please take note!) 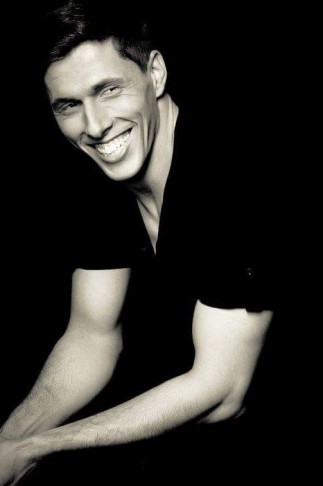 The ladies were superb too: Jennifer Siemann presented a dazzling “Königin der Nacht”, Doro Kahler was Rapunzel with a Facebook addiction, Karin Seyfried sang about the “Wunsch einer Prinzessin” (that dream is to be called “Slut” just once). Add to this Juliane Dreyer with a husky voice as the singing narrator and Michael Kargus as a spooky Rumpelstilzchen, singing a perverted “Du bist meine Welt”, and you have an all-round amazing concert.

The audience at the new venue The Ballery in Nollendorfstraße went wild. It’s a spacious gallery right next to Christopher Isherwood’s former apartment, where Cabaret/Goodbye to Berlin takes place. (Three houses further up.) It’s a sacred neighborhood, for LGBT history. And these songs – and these artists – certainly celebrated that heritage to the max.

I hope there will be more concerts with Bellmann/Rühmeier music soon, not just at The Ballery, but also on CD. So far, one of their fairy tale songs has made it onto YouTube. It’s not Daniel Rakasz singing; but it’s actually an equally amazing performance that will whet your appetite. It certainly did so for me.