Light Opera of New York (LOONY) seems to go from strength to strength with each new season, and their latest production – Victor Herbert’s rarely performed work – was arguably their best yet. 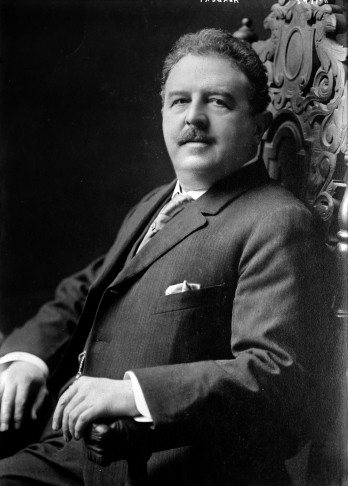 When The Only Girl was first done in 1914, critics unanimously acclaimed it for its tastefulness, humor, integration of song and story, and, of course, Herbert’s delightfully varied score (e.g. ragtime, marches, waltzes, etc.), the first of his works to move squarely into the realm of musical comedy, rather than his more customary operetta genre. It was based on Our Wives, a so-so comedy from two years earlier by Frank Mandel and Helen Kraft, which had, in turn, been based on a popular German work. Herbert’s version (book and lyrics by Henry Blossom) was a big hit, spawned a profitable tour, and enjoyed a modest London run, too.

The slight but charming plot involves Kim (Kyle Erdos-Knapp), a curmudgeonly lyricist who reluctantly joins forces with composer Ruth (Antoni Mendezona) after he hears the alluring strains of her latest composition (the show’s big take-home tune, “When You’re Away”) in the next apartment. He and his college buddies – Martin (Ian McEuen), Andrew (Cameron Smith), and Blake (Adam Cannedy) – have vowed to abjure women, so Kim insists their relationship must be strictly platonic. But, in short order, it is revealed that the other men have fallen in love with, and in fact, married, their lady loves after all. (That revelation is rather muted here, but more on the adaptation below.)

On this occasion, he led his nine musicians in a stylish, feeling performance. The alternately sprightly and romantic overture and two entr’actes were showpieces in themselves. Only occasionally did the musicians overwhelm the singers, as is sometimes the case in the Thalia space, more the result of the theater’s intimate size than faulty dynamics in the pit.

Henry Blossom’s original book, generally praised in 1914, was already deemed dated when a short-lived Broadway revival was mounted in 1934. But LOONY’s revised adaptation by director Michael Phillips, was a mixed blessing even if, on this occasion, he did nothing so radical as with last season’s Orange Blossoms wherein he actually switched the genders of two major characters. 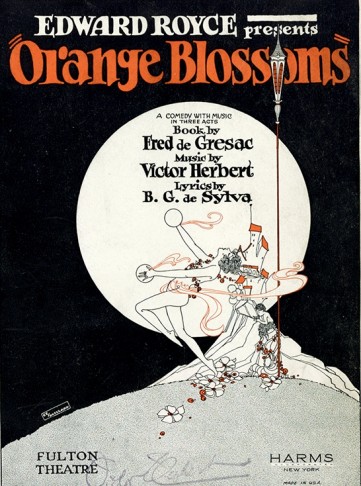 But here, the action was rather puzzlingly updated to the 1950s with the occasional awkward period reference, e.g. The Three Stooges and Kitty Carlisle being on TV’s I’ve Got a Secret. (It should actually have been To Tell the Truth, but I digress.) Bettina Bierly’s Eisenhower-era costumes were attractive, and not too distracting.

But the feminist theme of the original (a confirmed bachelor deigning to collaborate with a woman) was rather overemphasized in sometimes jarringly contemporary terms. And there were some anachronistic (even for the 1950s) usages of words like “intervention” and “awesome.”

In the interests of making do with a smaller cast than the 16 original players, all the characters were here showbiz folk, a sensible economic move. So Andrew became a scenic designer rather than just a painter, Martin an agent, and Blake a producer. The collegiate nicknames of Kim’s buddies – Corksey, Fresh, and Bunkie – were eschewed here. Aspiring actress Patsy was now a low class showgirl with a good heart, as in some vintage Warner Brothers musical. I’m not sure that transformation was exactly appropriate, but the versatile Natalie Ballenger pulled off the concept with aplomb.

The soubrette role of Patsy, in fact, had the majority of songs in the original; here she shared some that were rightly hers alone with other characters, but that worked well enough from a dramatic point of view.

One of Phillips’ most effective changes was moving Jane’s poignant number, “Tell It All Over Again,” to the penultimate spot in the show, and it was a bittersweet highpoint, especially as sung by the excellent Sarah Best. As that number immediately preceded Kim and Ruth’s heartfelt “You’re the Only One for Me,” wherein they finally declare their mutual attraction, the two numbers back to back really packed a wallop and made for a profoundly touching conclusion.

As Kim and Ruth, Erdos-Knapp and Mendezona were satisfactory. His was a sort of moody Philip Seymour Hoffman kind of performance, but his excellent tenor pipes gave good measure to Kim’s music. Mendezona delivered the haunting “When You’re Away” and her other numbers more than capably. And when the script called for some dramatics, they were up to the task.

It was a bit odd, however, when Erdos-Knapp sat down to play the piano a couple of times, rather confusing his role as lyricist. In one instance, he accompanied himself in an extraneous “A Woman Is Only a Woman” from Herbert’s Miss Dolly Dollars, though he performed it with panache.

His and Sarah Mossman’s rousing patriotic number “Here’s to the Land We Love” was a particular pleasure, as was the men’s grousing “When You’re Wearing the Ball and Chain” about the downside of matrimony, followed by the women’s counter-song “Why Should We Stay at Home and Sew?” all attractively choreographed by Phillips, too.

Textual quibbles aside, this was a delightful evening, and bodes well for next year’s announced offering, Jerome Kern’s Sally.
Lastly, we learned The Only Girl is to be recorded by Albany Records. It should sound wonderful, much like last year’s delightful Orange Blossoms, that one under Evans Haille’s seasoned baton.