Having had to cancel the 2020 festival owing to Covid restrictions, this year’s Gilbert and Sullivan Festival, taking place at Buxton Opera House from 31 July until 7 August and at the Royal Hall Harrogate from 8 until 18 August is a slimmed-down affair this year. 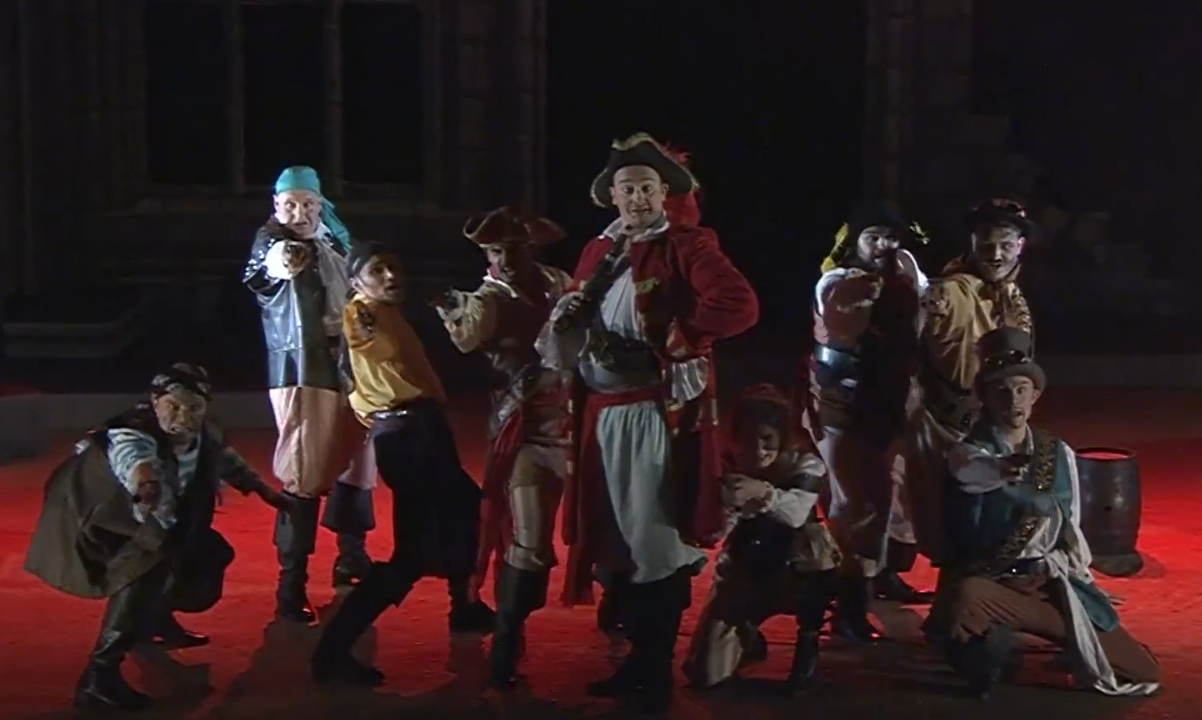 A scene from the “Pirates of Penzance” production, Buxton 2019. (Photo: Screenshot)

The National G & S Opera Company will perform new productions of HMS Pinafore, Patience and The Mikado whilst amateur and semi-professional companies will offer The Sorcerer, The Pirates of Penzance, Iolanthe and The Yeomen of the Guard.

The National G & S Company’s productions are usually traditional in style, however, the same cannot be said for other groups, especially Charles Court Opera (Iolanthe) whose stagings are often very inventive.

Even with socially-distanced seating and other Covid-secure measures, ticket prices are very reasonable, the most expensive being less than £40, with massive reductions for young people.

There is also an extensive program of recitals, talks and master classes, including one with veteran bass-baritone Donald Maxwell, as well as a ‘conversation’ with Bruce Graham, who recently starred in the National Theatre’s production of Sondheim’s Follies.

Booking opens on 5 May at both theatres, and accommodation packages are also available.

In order to encourage those who might be reluctant about enjoying a week in the Derbyshire Dales or ‘taking the waters’ in the spa town of Harrogate, the organisers have made a free download of the National G & S Company’s production of Pirates available, recorded at Buxton in 2019.

Directed by Matthew Gauntlett, who also plays Major General Stanley, it is an imaginative, if fussy, traditional staging which improves greatly after the first thirty seconds of the overture, where the brass, especially the horn, are woefully out of tune! Otherwise orchestra and chorus of twelve are excellent, and the mostly young singers are much more than competent, clear enunciation of Gilbert’s words being an especial pleasure!