First you’ve never heard of Grüezi at all, even though the artists who created it are all artists you’ve known for decades. Then you realize that Grüezi is an important side-aspect of the never-ending Im weißen Rössl success story that you’ve devoted countless books and articles to. And then, all of a sudden, Grüezi seems to be everywhere you look. First there was a production in Zurich. And now, a mere month later, there is another one in Switzerland, in Burgäschi to be exact. Better still, the creative team behind that production has been busy researching the history of the show, searching for historic photo material, reviews, letters, documents etc. So I was delighted to meet Melanie Gehrig Walthert and Reimar Walthert, artistic director and musical director of Bühne Burgäschi, in a café in Berlin to talk about this Swiss answer to White Horse Inn. 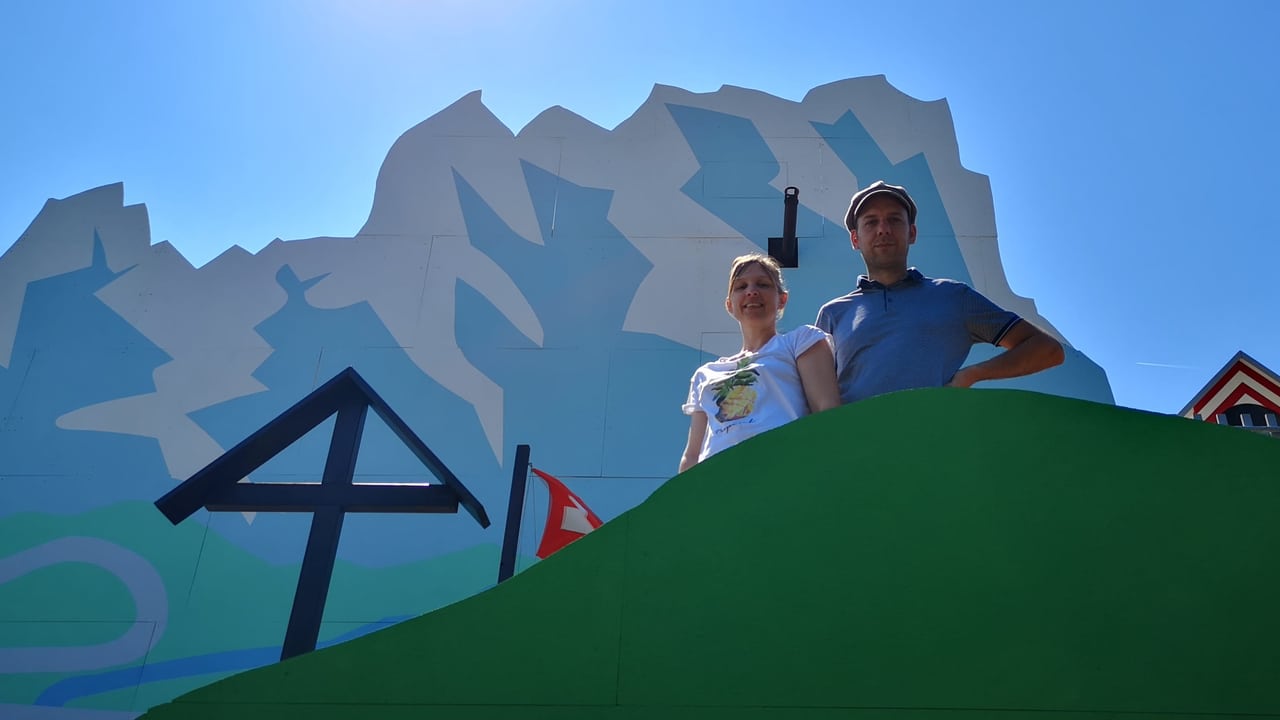 How did you get the idea to stage this rather unknown piece for a production with full orchestra and 20 shows?

Reimar Walthert: We have known about this piece for a long time, since Lilly Iffrig from Musikverlag Zürich kept suggesting it to us every couple of years. When we finally bought the old Marszalek recording, while we were producing Vogelhändler four years ago, we immediately fell in love with Stolz’ music. 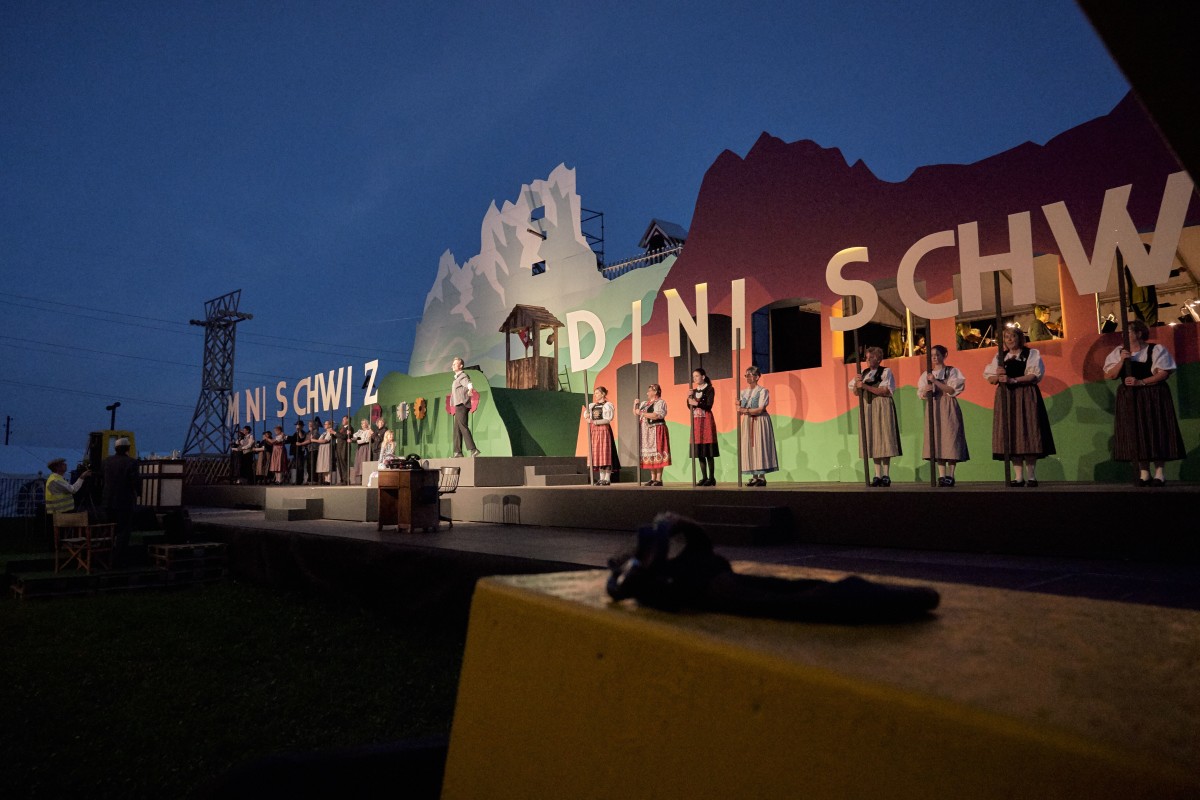 Melanie Gehrig: But we thought that, despite the excellent music, this piece could not be produced nowadays. We had absolutely no interest in doing a ‘Swiss Spiritual National Defence’ piece based on traditional Swiss costumes and customs. We felt the story was rather gawky. 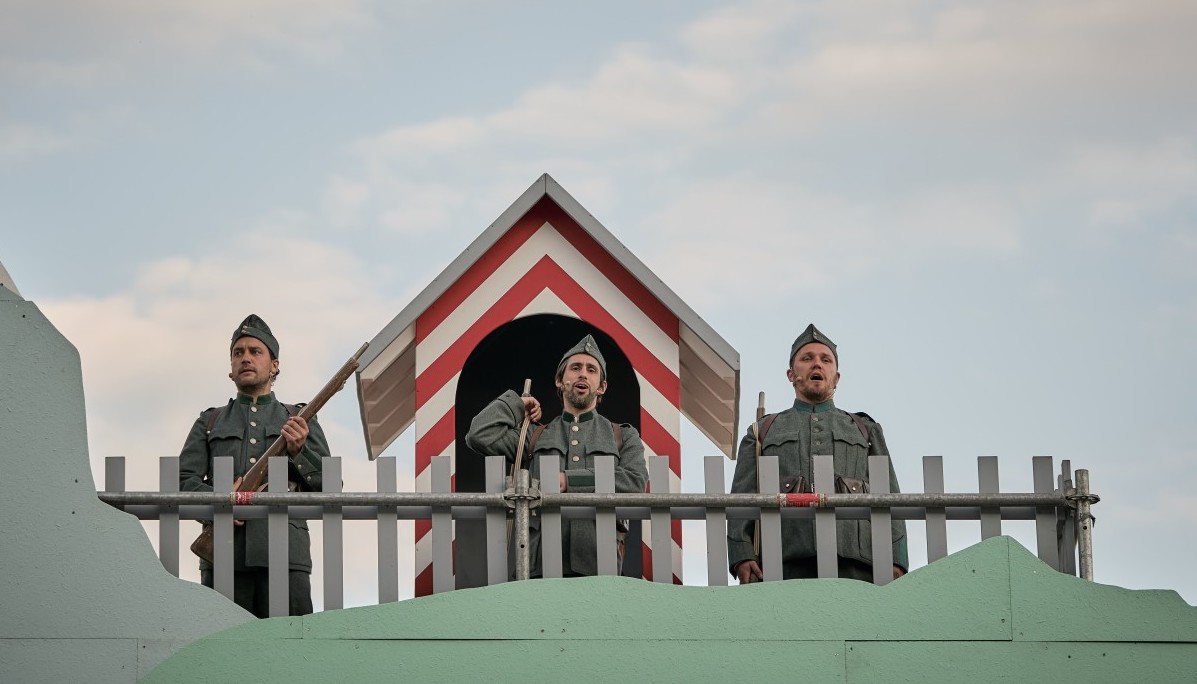 Reimar Walthert: One example: Blüemli, the hotel keeper, raises his sons in three different national languages and names them Franz, Francesco and François. Eventually they fall in love with Marie, Marietta and Marianne. What a silly idea! However, because we liked the music, we started to use some of the pieces available for salon orchestra in our operetta galas around New Year, and the audience seemed to enjoy them very much. 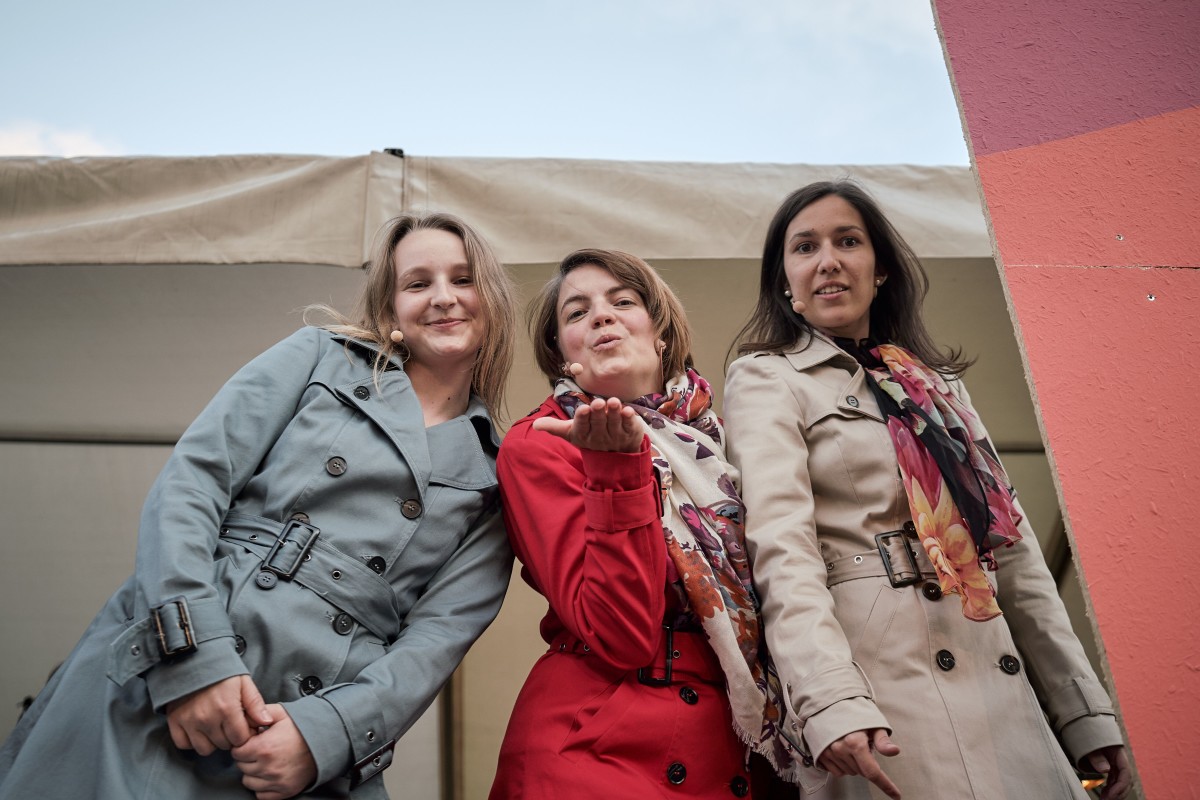 Melanie Gehrig: It really took us a while to realize that this piece was something like a Swiss Rössl. It not only can be put on stage the same way Rössl is put on stage today. It was meant to be produced in that manner. The story unveiled a parody on silly operetta stories, on the movie business and on Swiss hotel keepers.

Reimar Walthert: Only later we discovered the well-hidden disapproval with the political situation in Germany in 1934. As for Rössl – all song texts were written by the ingenious Robert Gilbert, who had to hide behind an alias. He also composed the song for the soldier scene that quite openly criticizes militarism in the 1930s. He does that in a catchy march that camouflages the underlying text: 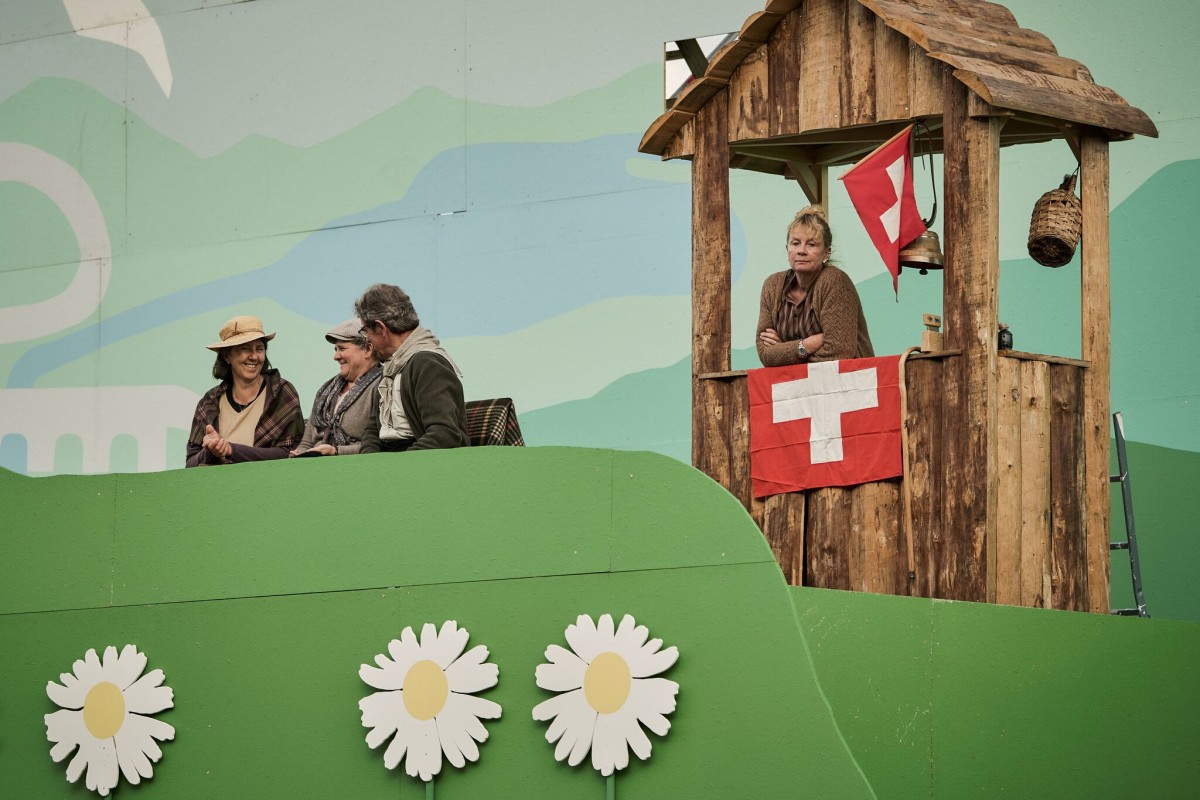 Would you say Grüezi is a political piece?

Melanie Gehrig: No – as always for the 1930s, there are political components that cannot be ignored. However, Grüezi is first and foremost a well-entertaining, high-speed revue operetta. So, we did not focus on the political statements. They were meant for the 1930s and did not detain the upcoming catastrophe of World War II back then, so this question was not interesting, in my view. I rather thought about my home country Switzerland and my relation to it. At the end of the piece Marie, Marianne and Marietta will migrate to Switzerland, the country of their dreams, whereas Gritli feels cramped and breaks free of her personal bonds and flees to Hollywood. The set is dominated by two high mountains, that are both at the same time: breathtakingly beautiful and narrowing the perspective. It’s a kind of a gilded cage. 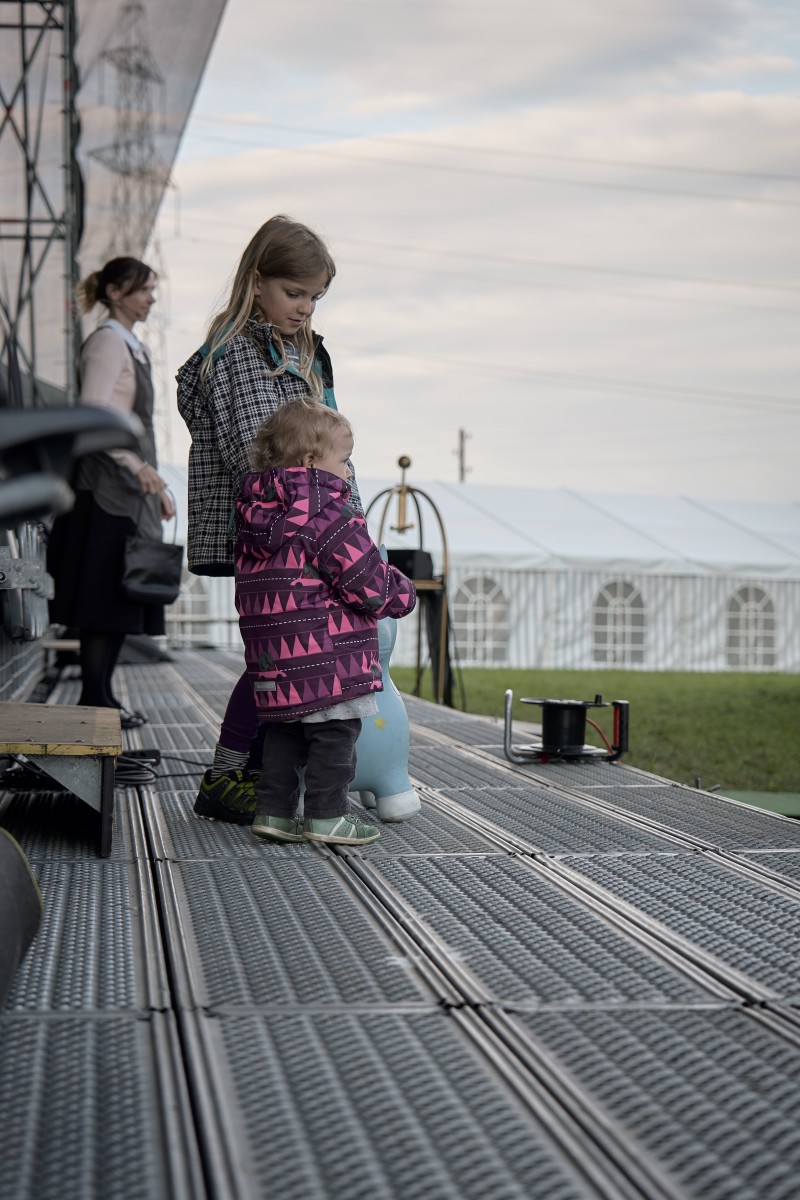 White Horse Inn is played worldwide in numerous productions. Grüezi is played in Burgäschi. Why is it played so rarely?

Reimar Walthert: That’s an interesting question. The piece had a very successful start and was played in several theaters in Switzerland, Austria, Czechoslovakia, and apparently even in Athens and Constantinople during the first season. Later, it was played throughout all of Germany, at the Bregenzer Festspiele, in Italy, and several times in Vienna. In my opinion the main problem of the piece is its title. “Grüezi,” the Swiss version of “Hello,” is not even everywhere in Switzerland. In Austria the piece was called Servus, Servus or Grüss Gott, Grüss Gott, in Germany Himmelblaue Träume and in Bregenz Hochzeit am Bodensee. I discovered at least three more titles. A pure nightmare for any marketing guy! Not even all the biographers of Robert Stolz noticed that this is the same piece. 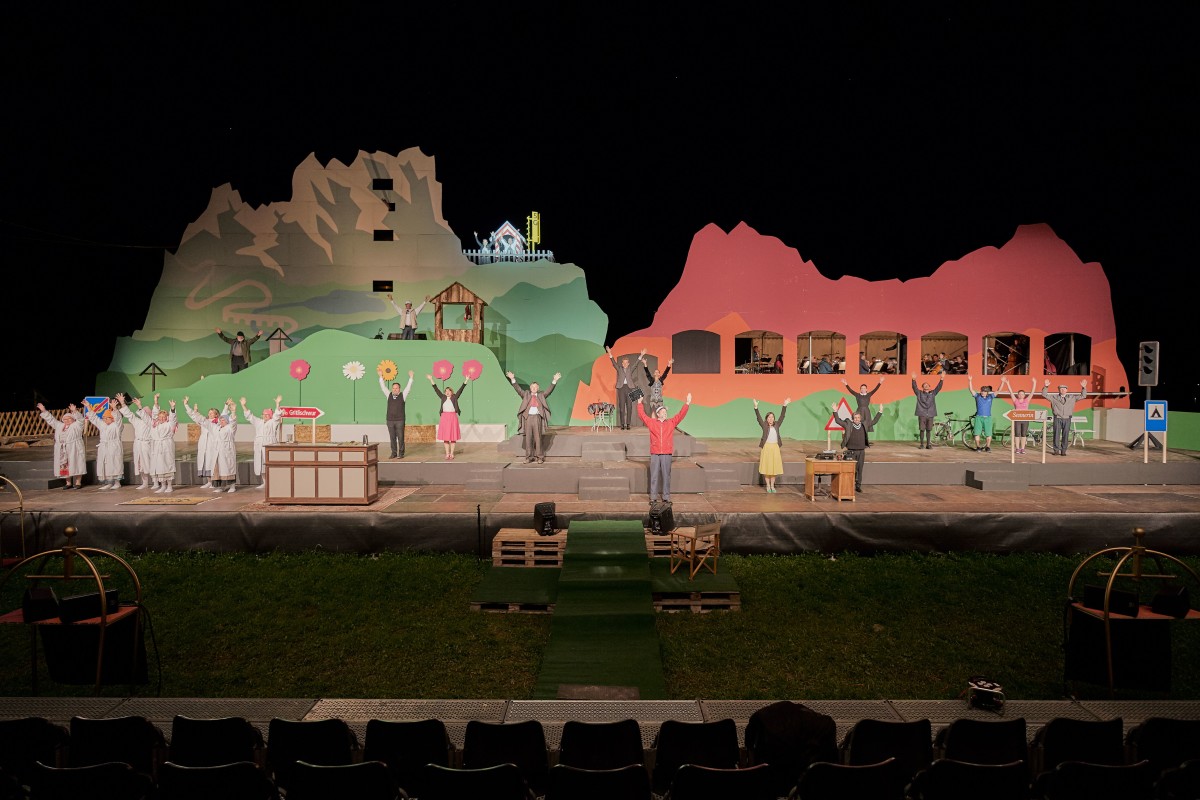 Melanie Gehrig: And then I think that much of it was bad luck. The political situation in Germany, the upcoming war, emigration … I think the authors had other problems that prevented them from lobbying for the piece. It’s a pity, but the piece never really had a chance. I would love to see it produced in other locations. Maybe our production could provide a start and inspiration for future stagings elsewhere.