Here’s something truly special: an album of Werner Richard Heymann’s symphonic music that has not been available acoustically earlier and allows interesting comparisons to the famous film operettas Heymann created as music director of the UfA film studios, from Die Drei von der Tankstelle to Der Kongress tanzt and Bomben auf Monte Carlo. The great Robert Gilbert wrote the lyrics for these, and stars such as Lillian Harvey and Willy Fritsch sang these songs for the first time on screen. 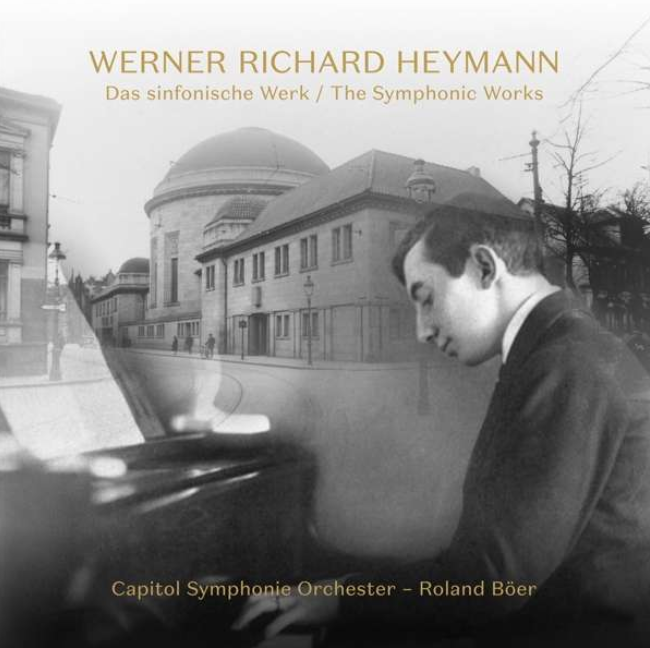 Indeed, Heymann was one of the most successful composers of 1920s and early 1930s German ‘Schlagermusik.’ But he began his career as a composer of symphonic music. It enjoyed performances by such eminent orchestras as the Vienna and Berlin Philharmonic, amongst others. 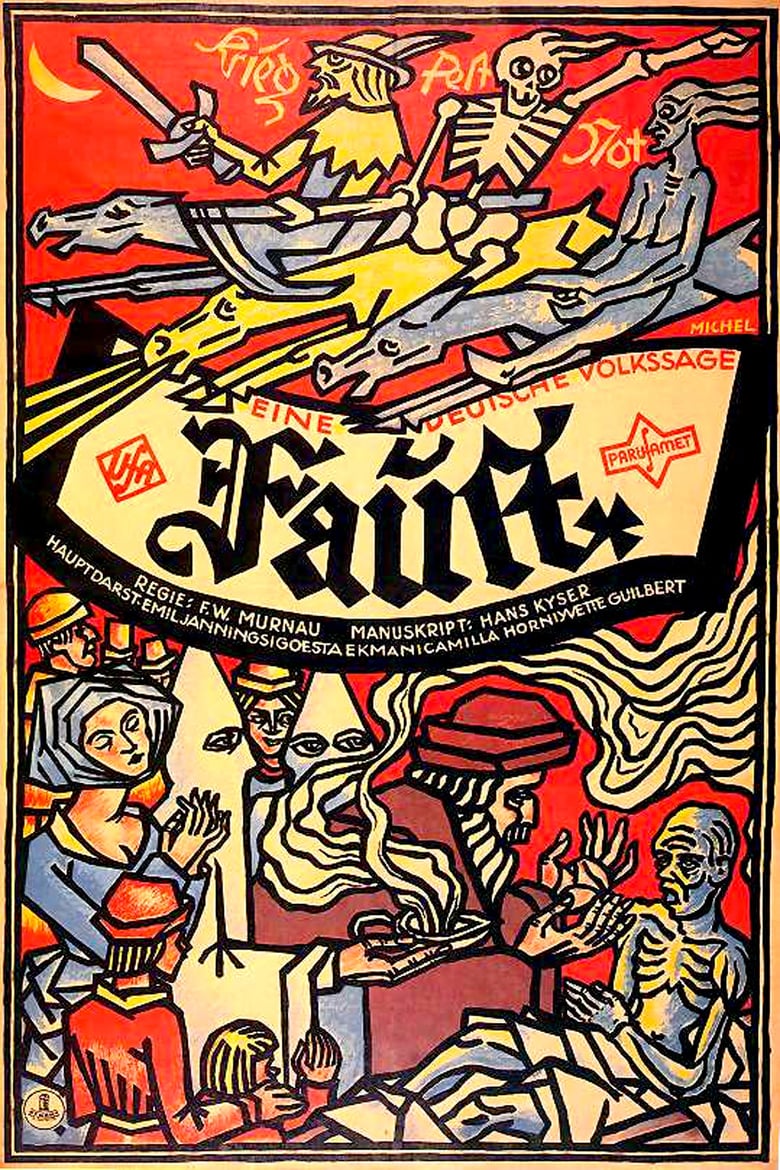 They are played by the Capitol Symphony Orchestra, conducted by Roland Böer. Soloists are Hans Christoph Begemann (baritone) and Michael Porter (tenor). Sadly, Heymann’s famous arrangement of Youman’s Tea for Two isn’t included (the score is probably lost). But you can read about it in Heymann’s autobiography. 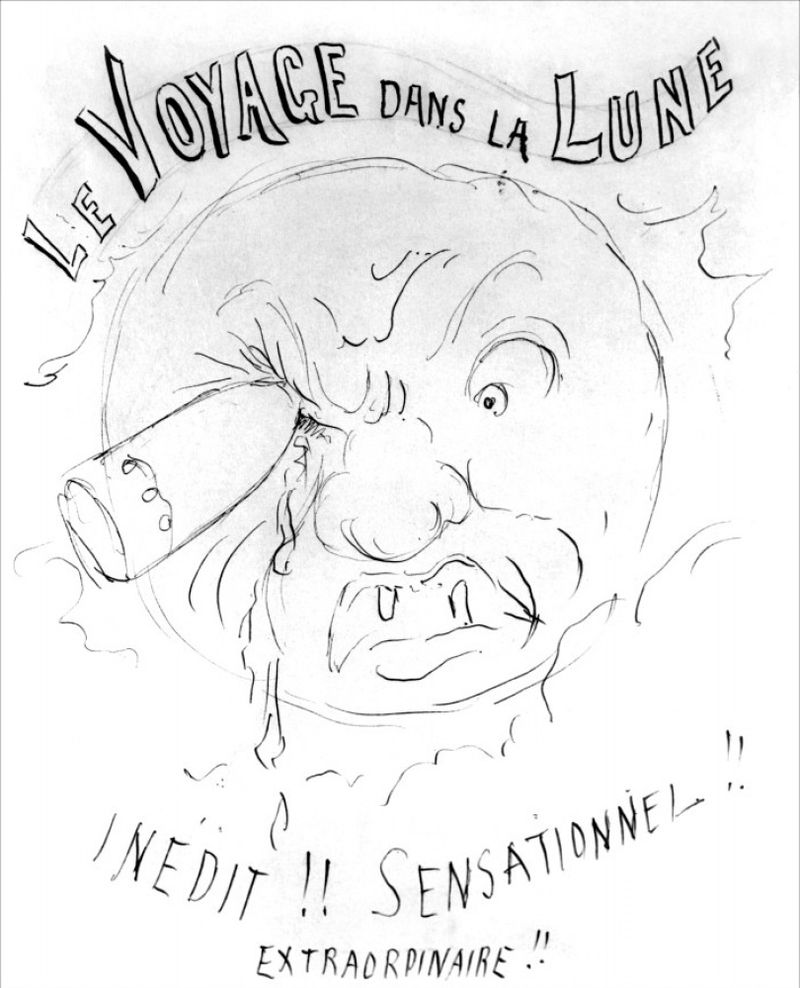 Preliminary sketch by Georges Méliès for a poster for his film “Le Voyage dans la Lune,” 1902.

The orchestra presented the new CD in Offenbach last month. And it seems they have a special link to Offenbach, including Jacques Offenbach. Their next concert at Capitol Theater Offenbach on 10 November, 2019, is entitled Jacques Offenbach 200 – Offenbach am Mond und andere Verrücktheiten. It includes a screening of the Georges Méliès 1902 silent movie Le Voyage dans la Lune with live music by Offenbach, arranged by Timothy Brock. 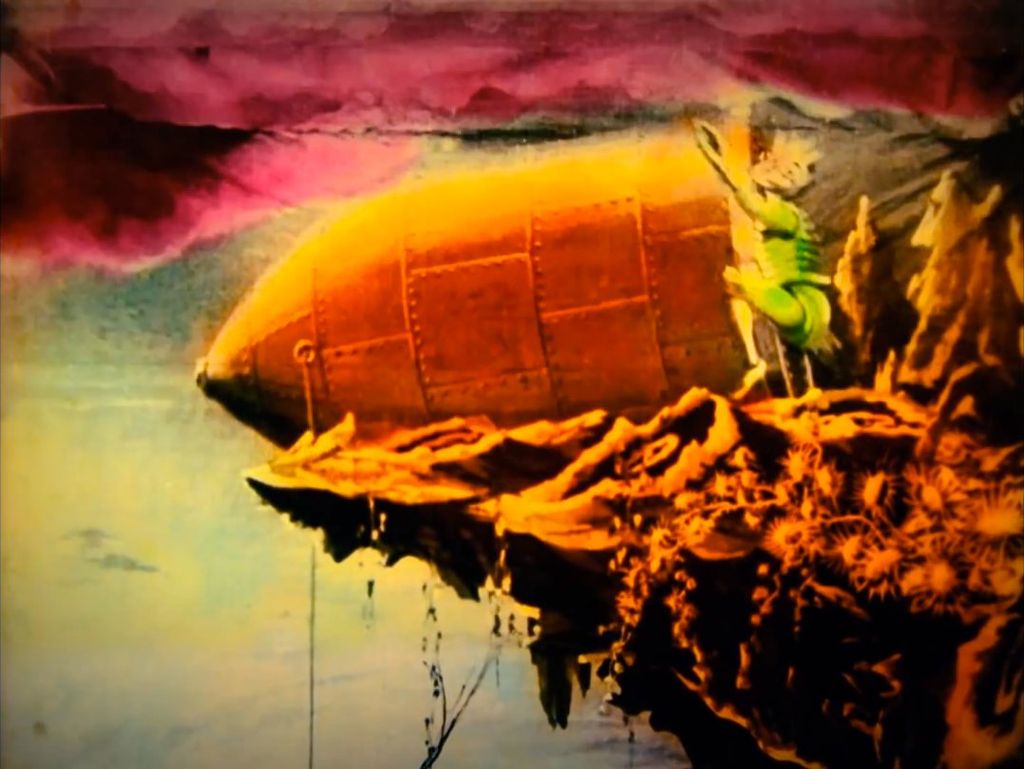 A scene from the hand-colored print of “Le Voyage dans la Lune,” 1902.

The science fiction is one of the most famous examples of early film history. A complete version was not rediscovered until 2002 (in a hand colored version!). It was premiered with new music, but we think it much more fun to use Offenbach’s music. 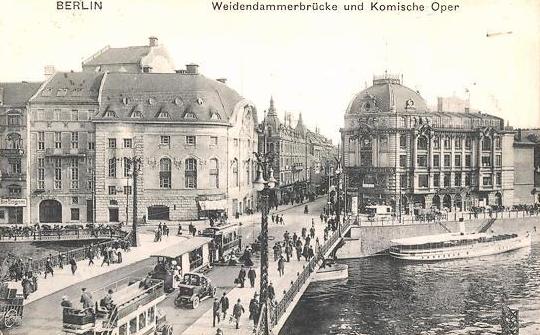 A historic postcard showing the Komische Oper in Berlin (left corner), opposite the Großes Schauspiel and next to Admiralspalast.

As an extra there will be excerpts from the 1920s revue operetta Der Meister vom Montmartre by James Klein and Karl Bretschneider, lyrics byBretschneider and Felix Wolff,based on music by Offenbach which was arranged by Paul Kühn, and newly conceived for the stage now by Anna-Fee Neugebauer. The score was found at the University of Nebraska and reconstructed by Matthias Grimminger and Henning Hagedorn, whose reconstruction of Paul Abraham’s Dschainah: Das Mädchen aus dem Tanzhaus will play at Komische Oper in Berlin in December.

With the Abraham performance the Komische Oper continues is concert series of Christmas operettas which focusses on rare and forgotten works and is currently dedicated to Abraham, after a simular series of Kalman rediscoveries, as artistic director Barrie Kosky explains.

James Klein, you’ll recall, at Berlin’s Komische Oper during the Weimar Republic, was the great competitor of Erik Charell across the street at Großes Schauspielhaus. And Charell was the director of Der Kongress tanzt, one of Heymann’s most famous film operettas which includes the song “Das gibt’s nur einmal.”

Let’s hope there will be CD versions of this Abraham and Offenbach!

To get an idea of the orchestra’s brilliant work, try this little clip with music from the Roaring Twenties. (It’s a pity they used such opera-heavy voices for the vocal solos.)