After a sell-out show in January 2014 by Tarquin Productions, the WestEnders are delighted to announce the launch of the original cast recording of Valley of Song on Tuesday, 1 July at the Finborough Theatre. 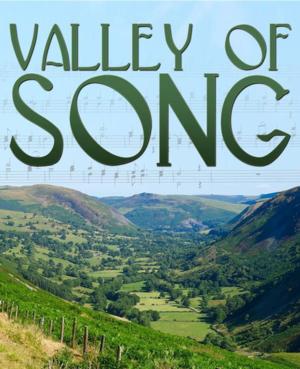 Cover for the new release of Ivor Novello’s “Valley of Songs.”

Valley of Song is Ivor Novello’s final musical which premiered at the Finborough Theatre to critical acclaim and packed houses, and the launch will be an opportunity to meet some of the cast and production team, hear some of the numbers live, and receive a CD along with gift bags from the Welsh Tourist Board.

With no recording of the music in existence, this release – with full orchestral accompaniment – is sure to become the definitive recording of Novello’s romantic score, which is hugely influenced by the sounds of his Welsh heritage. Left unfinished at the time of his sudden death, and completed by his longtime collaborator Christopher Hassall, Valley of Song is a touching farewell to the music of Novello’s youth, and with a story based on the run-up to the First World War, also arrives at a timely juncture to commemorate the centenary.
The Welsh Valleys, 1913. Nan Brewster is the largest landowner in the valley  and supports the local valley choir, run by choirmaster David Evans. David’s love for Lily Morgan, his leading soprano, creates beautiful music for the choir. But when Lily is given an opportunity to sing in Venice, she jumps at the chance, and into the arms of Ricardo, a wealthy count set on making her an international star. But, by opening night, it becomes clear that Ricardo’s intentions are not entirely honourable… As Europe is plunged into the First World War, how much is David willing to sacrifice for the woman he loves?

Welsh-born composer, author and actor Ivor Novello (1893-1951) was one of the most eminent British entertainers of the 20th century. His musicals include Glamorous Night, The Dancing Years and King’s Rhapsody; his more than 250 songs include “Keep the Home Fires Burning”, “I Can Give You the Starlight” and “Waltz of My Heart”. As an actor, he was one of Britain’s first major film stars, appearing in over twenty films including playing the title role in the original silent version of Alfred Hitchcock’s The Lodger; while his long stage career included many of his own plays and musicals. Novello’s musical legacy is commemorated in the Ivor Novello Awards, established in1955 to honour excellence in British music writing.

The recording features the voice of Katy Treharne, Wales’ up-and-coming solo operatic singer, who created the role of Lily Morgan in the original production. Katy’s credits include Mary, Mother of Jesus in the premiere of the musical Love Beyond, Alternate Christine in The Phantom of the Opera (Her Majesty’s Theatre), and Nina in the UK premiere of Dear World (Charing Cross Theatre). Other artists performing on the album include Laura Allen, Katie Arundell, Amelia Clay, Frances Fry, Lee van Geleen, Linford Hydes, Amira Matthews, Jill Nalder, Jon Osbaldeston, Harrison Rose, Gareth Snook, Philippa Tozer, Carla Turner and Sandy Walsh.
For over a decade The WestEnders have established themselves as one of the country’s leading musical theatre companies, and are proud to release this album. The WestEnders features six talented performers who between them have appeared in over twenty of the most popular and prestigious West End shows of the last decade – including Beauty & the Beast, Les Miserables, Miss Saigon, Aspects of Love, Jesus Christ Superstar, Oliver!, Crazy For You and many more.

Jae Alexander, renowned conductor, has produced the recording in collaboration with John Hiseman at Temple Studios. The WestEnders have toured the world and released a number of albums, recently appearing with Olivier Award winning Tracie Bennett in a national tour.

The original production, directed by Benji Sperring and produced by Tarquin Productions, was staged at the Finborough Theatre in January 2014. The piece was the final Novello musical to premiere on the professional stage, and received excellent reviews and full houses every night. Recent productions by Benji and Tarquin Productions include The Bald Prima Donna, and The Blind and The Intruder at the Old Red Lion Theatre which received an OffWestEnd Award nomination for best design and a transfer to the Tabard Theatre, Assassins (Palace Theatre, Manchester) and Sweet Charity (Kings Theatre, Southsea). 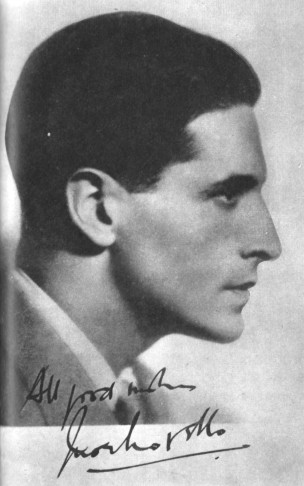 In 2006, the Finborough Theatre began the Celebrating British Music Theatre series with a sell-out production of Leslie Stuart’s Florodora. Productions since then have included sell-out rediscoveries of Lionel Monckton’s Our Miss Gibbs, Harold Fraser-Simson’s operetta The Maid of the Mountains, A “Gilbert and Sullivan” Double Bill featuring Gilbert’s play Sweethearts and Sullivan’s opera The Zoo, Dame Ethel Smyth’s opera The Boatswain’s Mate, Sandy Wilson’s The Buccaneer, Oscar Asche’s Chu Chin Chow, Leslie Bricusse and Anthony Newley’s The Roar of the Greasepaint – The Smell of the Crowd, Ivor Novello’s Perchance to Dream, Gay’s the Word and Valley of Song, Gilbert and Sullivan’s The Grand Duke, Edward German’s Merrie England and Paul Scott Goodman’s Rooms: A Rock Romance.

In August 2014 the series continues with Benji Sperring and Tarquin Productions directing and producing Rutland Boughton’s The Immortal Hour.

Classical Music Magazine wrote about Valley of Song: “Yet arriving at the ideal juncture of the Great War commemorations, [Benji Sperring's] premiere puts the case commendably well for an old-fashioned show that’s hugely nostalgic.” Dominic Cavendish, The Telegraph on Valley of Song “This is why we must thank director Benji Sperring…for bringing life to this otherwise forgotten musical. It’s not every day you get to experience the professional premiere of a show from someone of Novello’s reputation and calibre.”