After beginning her singing career as a teenager in the chorus of a New York revue, Miss MacDonald (born in Philadelphia on 18 June, 1901) appeared in Jerome Kern’s The Night Boat (1920), acted as understudy to the title-rôle of Irene in Chicago and played a chorus part at the Casino Theater in Tangerine (1921). 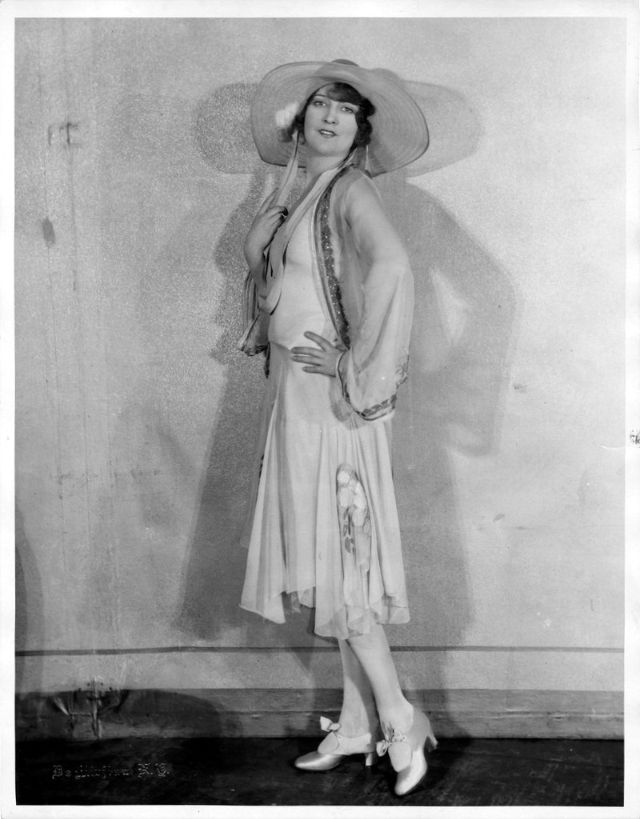 She won improving rôles alongside Mitzi in The Magic Ring (1923, Iris Bellamy), and (sporting two ‘n’s in her Jeannette in the playbill) as Sylvia Metcalf, the second female part to Queenie Smith, in Tip-Toes (1925), accompanying another fine voice, Robert Halliday, in the strains of ‘Nice Baby’.

She had a leading rôle, alongside touring stars Cecil Lean and Cleo Mayfield, in a musical version of Brewster’s Millions called Bubbling Over (1926) which stumbled out of town, and she moved on instead to the title-rôle (which was not quite as good as it sounded) of another fine farce, Nothing But the Truth, set to music as Yes, Yes, Yvette (1927). This one made Broadway, but she stopped short of New York once again in The Studio Girl, a flop version of the Trilby tale musicalized by the perennially flopping Will Ortmann, in which she had been cast as the mutable heroine.

Miss MacDonald continued in ingénue rôles through a further trio of undistinguished shows in 12 months – Sunny Days (1928, Ginette Bertin), Angela (aka The Right Girl, 1928, Princess Angela) and Boom Boom (1929, Jean), before moving on to a film career which made her one of the most famous leading ladies of the heyday of the musical screen. 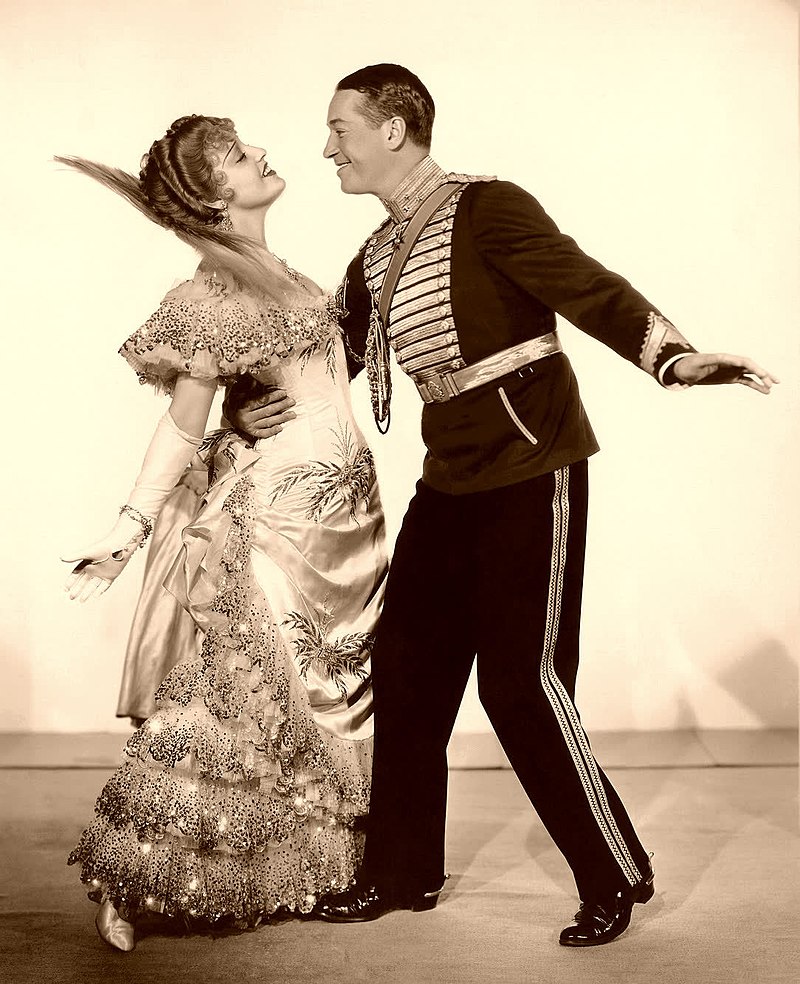 Jeanette MacDonald with Maurice Chevalier in a promotional still for “The Merry Widow,” 1934. (Photo: Unknown / Wikipedia)

She later appeared on the stage in concert but returned only intermittently to the musical theatre (Bitter-Sweet 1954, The King and I 1956) where, Tip-Toes apart, she had drawn a fairly feeble lot of shows in her ingénue days.