The original edition of Kurt Gänzl’s The Musical came out in 1997, as a “Concise History” published by Northeastern University Press. Now, almost a quarter-century later, a new edition arrives in paperback, published by State University of New York Press. We caught up with Mr. Gänzl in New Zealand and asked him about the book. 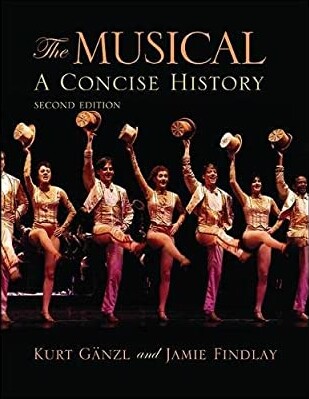 The 2022 edition of “The Musical: A Concise History.” (Photo: State University of New York Press)

A new and second edition of your book The Musical: A Concise History has just come out in which you team up with Jamie Findlay for the first time. Who is Jamie and what are the important additions to this revised history?
Well, history doesn’t change. It just gets longer. So the second edition is, in its earlier part, very largely a rewritten version of the first edition.

For many years now, I, like Gerry Bordman and other ‘chroniclers’ in our field before me, have been searching for ‘an heir’. When SUNY proposed a new edition of this book, I was put on the spot. I exited the musical theatre twenty years ago. The time was come to choose. I knew very well what kinds of writer I didn’t want as an alter ego, so …

I ‘met’ Jamie through the Arthur Sullivan Appreciation Group. Wide and deep knowledge of music in general, fine writer, not a specialist in any one area, no preconceptions and belonging to the line of such folk as John Franceschina, former Professor at Penn State, to whose ‘prescription’ edition one was written, as a teaching aid for his classes.  Jamie is a University teacher too. However, he teaches English (not music, not drama) in Japan. Like me, he is a chronicler, and our long-distance ‘marriage’ of minds has worked delightfully.

Does operetta play any role in your narrative of the musical? And if so, what are the new aspects you and Jamie address?
Certainly it does. Those of your readers who have read my other books will know that I bundle all original book-musical-theatre pieces — comic opera, operetta, musical comedy, Opérette, operett, Posse, Schwank — of the past few hundred years together in my histories. They all form a part of one and the same tradition and, of that tradition what is, today, fuzzily known as Operetta, is a vastly important part.

‘Address’ doesn’t really apply. This is a chronicle, not a thesis. What happened, what it was like, what became of it — reportage pure and simple.

Recently, many new books have come out examining formerly ignored or overlooked themes. One of them is the role black artists such as Eubie Blake have played in the history of the musical or the importance of shows like Shuffle Along. Do you or does Jamie include these new developments in the field of Popular Musical Theater Studies?
No. As I said, this is a chronicle, not a thesis.  We don’t differentiate between race, color, sex and creed. 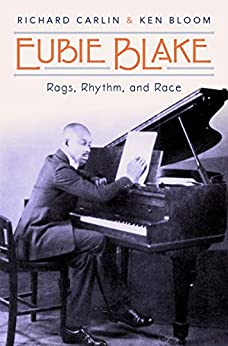 Another big aspect that gets much attention in recent publications is racism and colonialism, gender and sexuality, plus various other perspectives of looking at popular musical theater (including political studies such as operettas and musicals in Socialism or Communism). Do you follow these debates, does Jamie? How to you incorporate the new research into your own narrative?
We don’t follow any debates. We leave that to the debaters. We are historians, recording, in an easily readable way, facts. In this case, nearly 500 pages of them. This is a ‘concise history’ of some 300 years, with no time to pause for a discussion of musical theatre in New Zealand, or other subjects close to my heart, which discussions belong elsewhere.

Since you first started writing books on operetta and musicals much has happened – in terms of documentaries, recordings, conferences, movies, re-issues of historic material etc. And new people delve into new areas of research all the time. How do you see the exchange of ideas between old-school authors and new scholars? What impresses you – or not – about the next generation who is trying to leave their mark? Has any of it made you re-think your own past evaluations of musicals?
Re-think? Re-evaluate? Once again, no. As I said, history doesn’t change. And I think I got my values pretty right first time round. Admittedly, these days, ‘history’ sometimes has a hard time of it. I occasionally see it being distorted to fit the agendae of certain writers, but I don’t get past page 3 of those books and articles so I can’t really speak. And the Internet has become a hive of horrors. I read a piece today about Gilbert and Sullivan performing at The Coal Hole …! Why write about something when you know naught about it? 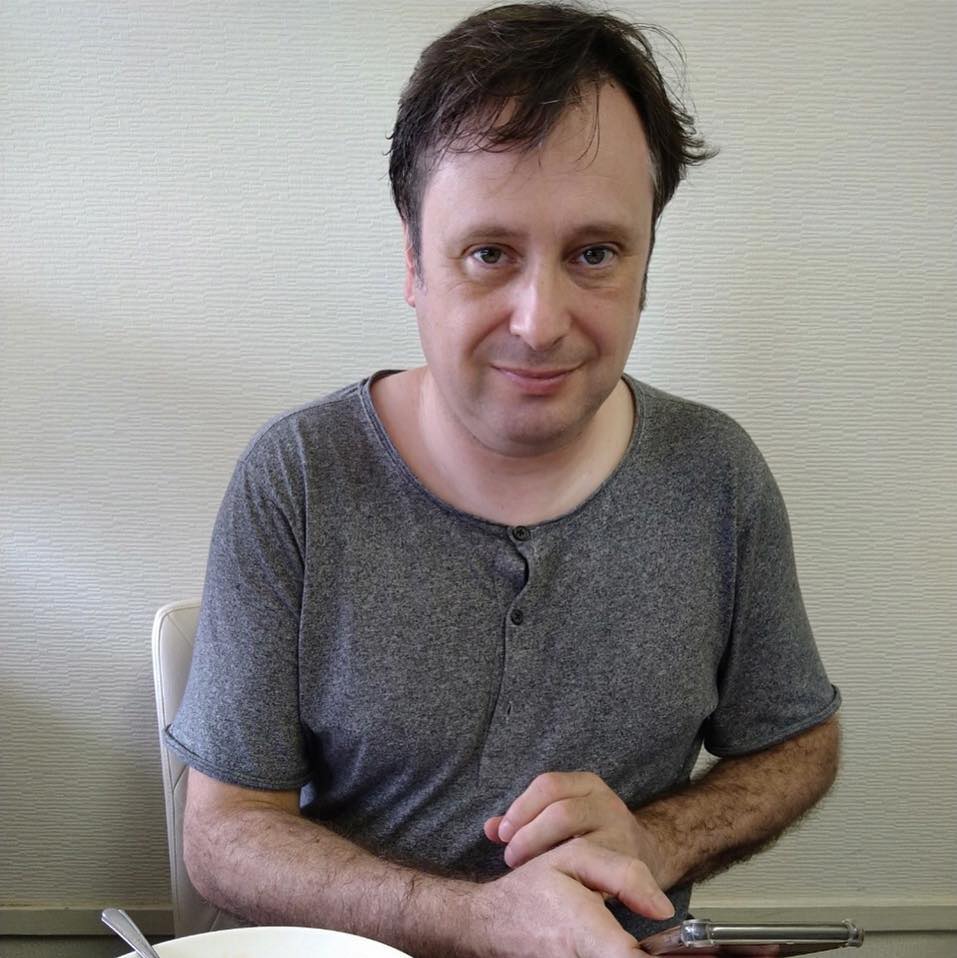 It is wonderful that so much information is now so readily available in the way of recordings and historic reissues. I wrote my first big books in the pre-Internet days, trains to Vienna, Berlin, Budapest, Paris … planes to Australia and America … confetti of aged and crumbled paper on the floor of the Billy Rose .. maddening microfilm machines… my bookshelves still house hundreds of now useless microfilms …

The next generation? New research? Well, I suppose everybody writing these days is ‘next generation’ to me! The most valuable books of recent years seem to have come almost entirely from Europe. They have been books with a narrow and knowledgeable focus, dealing in detail, for example, with subjects and writers — from Messager to Granichstädten to Grünwald — previously only dealt with in articles. These ADD to our body of knowledge. Which is, surely, the purpose of a book? The English-language musical-theatre literature of our day seems to consist largely of re-hashes of the last generation’s work. Where’s the purpose? But it is difficult for a writer nowadays: a colleague is working on a splendid publication of (some of) Oscar Hammerstein’s letters. He is hamstrung at every turn by having to seek out second-cousins twice removed for “permission”. New generation: there are heaps of areas crying out for proper attention and chronicling. Attack those, rather than wallow in the well-used sty. 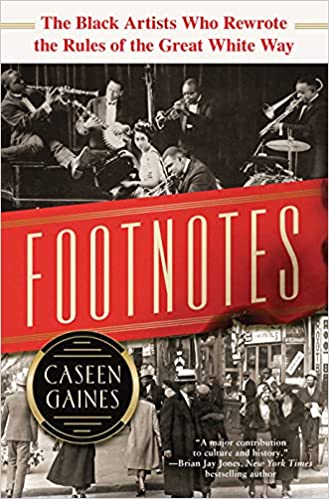 On the cover of your book there is a single image from A Chorus Line. Is that 1970s show representative of the entire art form? And are there any links between A Chorus Line and operetta/opéra bouffe?
A cover is really only a sales tool. The authors don’t often have much of a say in what in-house does. Last time it was a dingy grey Cats and Guys & Dolls. This time … well, the book is from an American publisher, with American spellings inflicted on the text. It sold, in Edition One, largely in America. The cover was bound, therefore, to be American. This final cover pic was, I think, my eighth choice.

Elsewhere we were stymied by the “permissions” devil. But A Chorus Line is a popular and pretty show, and the cover has been both generally recognized as ‘musical theatre’ and liked by the audience the book the publishers are aiming at. Which, chuckle, before you ask, is ‘People Who Know Something but not Too Much, and who want the Big Picture and not only the Broadway or London story’. 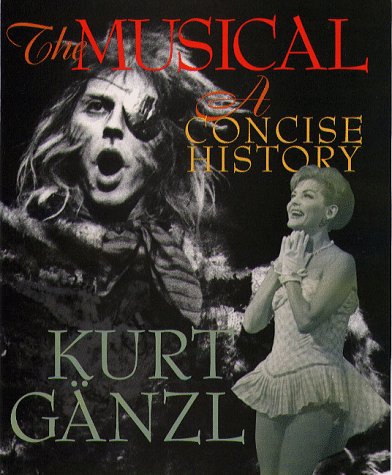 Do you see any connection between Parisian and Viennese operetta and West End or Broadway musicals at all? In the past, you were one of the few writers to put this into context and discuss the developments are a historical continuity. Meanwhile, authors such as Ethan Mordden have followed your example and stopped looking at the history of musicals as something from Show Boat onwards (or only going back to The Black Crook, if they really had to).
(a) Good heavens, yes.  The ‘Operettas’ of France and Central Europe (under whatever appellation contrôlée) are an integral and formative part of the history of the modern musical stage.

Are you planning any other projects with Jamie and what will they be? (Regarding the updated Encyclopedia: will you and Jamie include the recent explosion of new LGBT titles, the formerly overlooked black Broadway shows/operettas and authors such as Bert Williams etc.? Do you have to throw stuff out to make room for new entries, or will there be more volumes?)
For the moment, I’m ‘heavily booked’. Very soon, my brother, John Gallas, and I have a volume coming out from Carcanet: translations of the Rapsodies of the weird C19th French poet Petrus Borel. Exciting to have our first work as a duo come out when we’re both in our 70s. We have another similar project begun. I’ve sketched the outlines for another Big Book, on Burlesque. A subject which has been poorly treated till now. But it has taken a Covid pause. 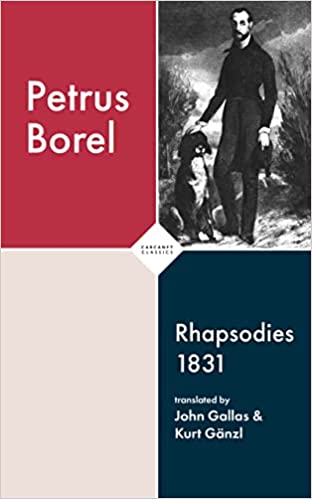 A book of “Rhapsodies” published by the Gänzl brothers.

I would like, sometime, to do a 3rd Edition of the Encyclopedia. If I do, Jamie will surely be involved. I have reclaimed all the rights in the 3-volume book, and am discussing whether to have it reissued piecemeal or as a whole. It depends which publisher wants what. I would be loath to throw anything out. But in this day and age, publishers willing to take on a 3-4 volume encyclopedic work are not lightly to be found.

There were strict standards and criteria (mine) for inclusion of people and plays in the Encyclopedia. If I re-do it, those criteria will be exactly the same. It’s a reference book. There is no place for favourite flops and so forth! And one should come out of using it not even knowing what are my personal preferences. For that, you have to go to Musical Theatre on Record … 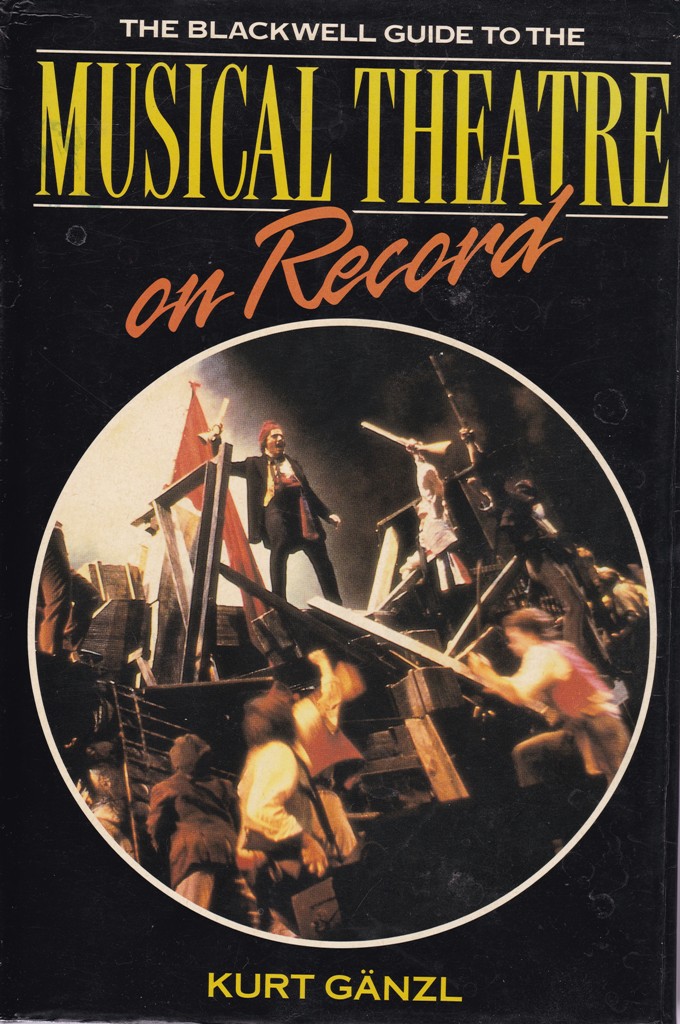 Meanwhile, I’m hoping that this little volume, its facts, lists, pictures et al, will prove useful, interesting and even instructive, to those interested in our beloved subject.