The enterprising VHRP Live! company has come up with something delightfully different on this occasion. Not a revival of a single work, like this past fall’s The Red Mill or the upcoming April production of The Enchantress, but a potpourri concert centered on the composer’s songs for and about women, and best of all, the exceptionally well chosen selections were a mostly unfamiliar bunch, with nary an “Ah, Sweet Mystery of Life” within earshot. So, too, the emphasis was Herbert in his musical comedy mode. 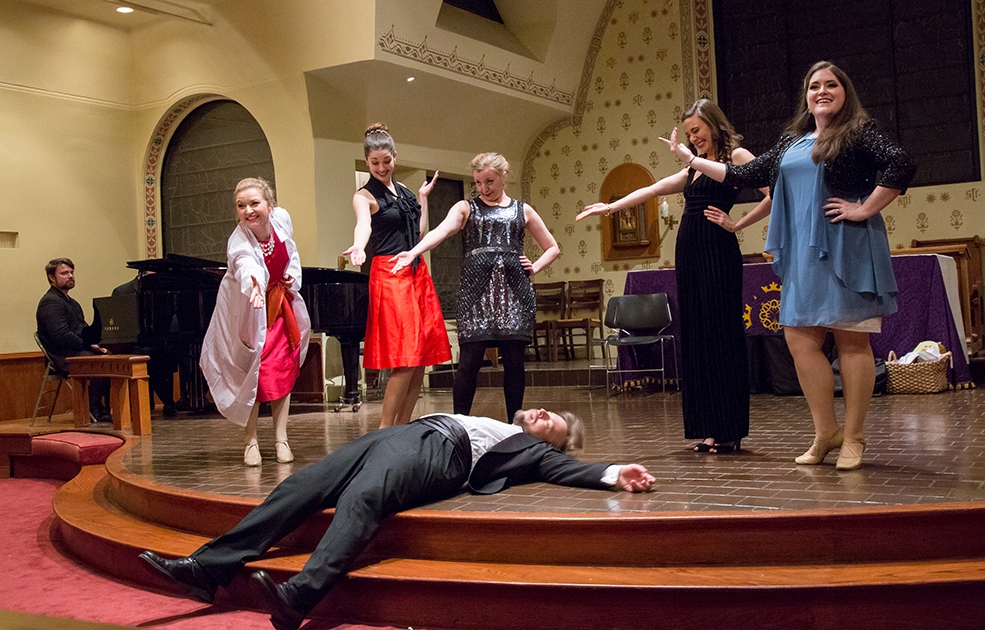 Even the two most substantial selections, from Mlle. Modiste and Orange Blossoms respectively, focused on the less commonly heard items from those shows. In her intermission remarks, VHRP Artistic Director Alyce Mott (who authored the evening’s witty libretto) hinted that she would very much like to mount the former and certainly, the five selections heard hear whet the appetite for more. Light Opera of New York (LOONY) staged a revamped adaptation of the latter in 2014, and the songs live on in an Albany Records recording.

A particularly blue chip cast was assembled for the evening comprised of 24 songs, all in splendid form. The lively vaudeville-style direction was in the hands of the expert Emily Cornelius, who created similar magic with last year’s Son of Dublin concert. Neat choreography on this occasion was devised by Susanna Organic whose nifty steps were well executed by the performers. 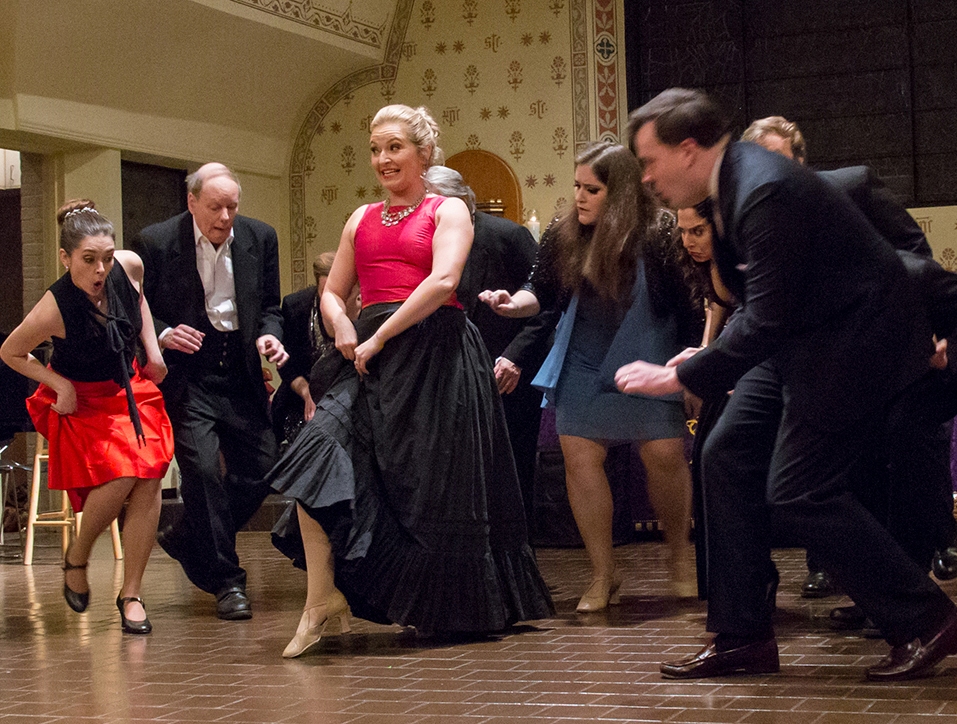 Soprano Tanya Roberts made an effervescent co-host and sang with rich tone – getting the evening off to an amusing start with “The Lady and the Kick” (“the five-foot lady with the eight-foot kick” runs the refrain) from the 1897 The Idol’s Eye, one of several comic songs that demonstrated far more wit than lyricists of that era are given credit. Frequent Herbert collaborator Harry B. Smith wrote that one, and there was more of his excellent work throughout the evening, as well as that of his brother Robert B. Smith, Henry Blossom, Glen MacDonough, Gene Buck, and Buddy De Sylva. In a cute bit of staging, Roberts later donned a doctor’s coat as she dispensed love advice with “You’ll Feel Better Then” from The Rose of Algeria.

Veteran baritone David Seatter had a particularly droll number with “The Balloon Song – I Just Dropped In,” involving the rather extraordinary places his character has traveled in his hot air balloon (including the moon!). In the second act Seatter sang the praises of “Miss Dolly Dollars” from the show of that name, accompanied by the male members of the company, and later paired with Roberts on the raggy (and surprisingly still up-to-date) “New York is the Same Old Place” from Orange Blossoms. 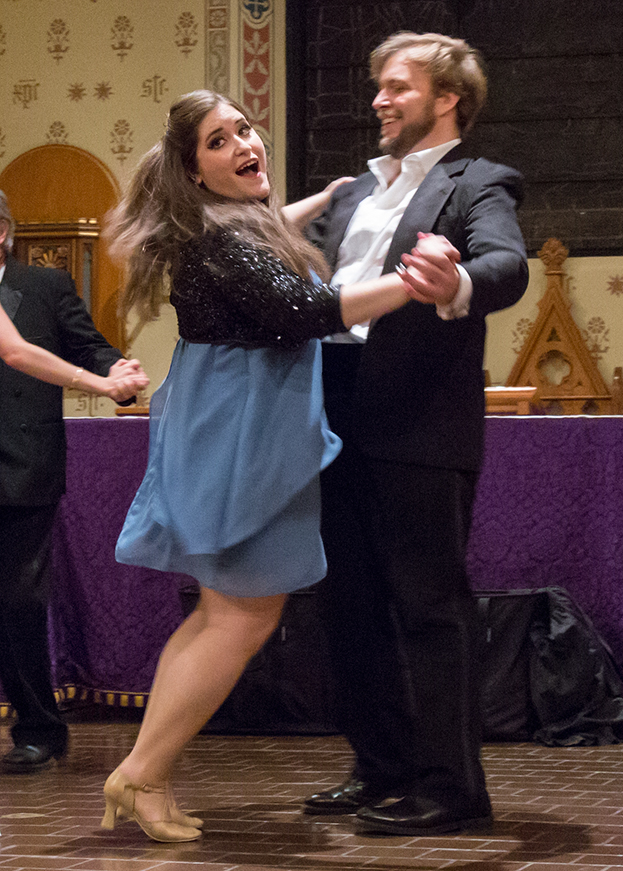 The versatile Alexa Devlin, who switches with ease from her rich contralto to a Broadway belt, showed off the former in the unusual “Song of the Priestess” from The Idol’s Eye, and the latter in Mlle. Modiste’s very funny “The Keokuk Social Club.”

Soprano Sarah Caldwell Smith deftly handled the extended set piece from Mlle. Modiste – “If I Were on the Stage” which culminates in the evening’s most familiar number, “Kiss Me Again” – and socked over the same show’s “The Mascot of the Troop” with high flying brio. And soprano Joanie Brittingham, last year’s Eileen, dressed in cap and gown, charmed with “Professor Cupid” from The Debutante, as she bemoaned never having learned love in school, and later, ”The Lonely Nest” from Orange Blossoms. 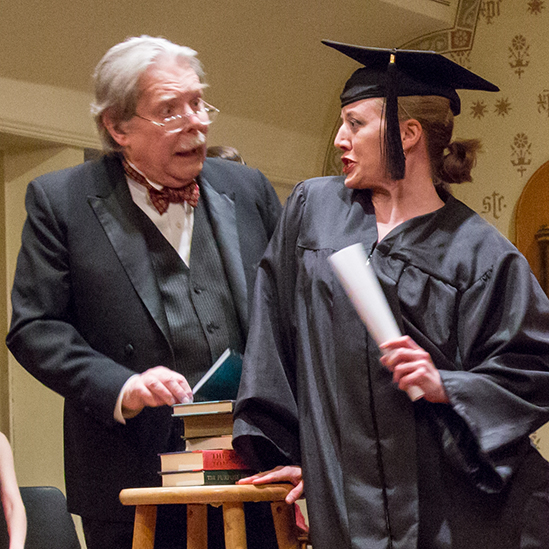 Rich-voliced baritone Richard Holmes made up a third of an unusual trio from The Debutante – “The Love of the Lorelei” (with Devlin and Greenwood), but his big moment came near the end with his suavely delivered “This Time It’s Love” from Orange Blossoms.

Herbert’s work for legendary showman Florenz Ziegfeld was represented by two over-the-top paeans to women, in the Follies style, “The Century Girl” and “The Princess of My Dreams.” The former was well sung by tenor Daniel Greenwood, wittily accompanied by the ladies of the company who paraded out as showgirls, followed by tenor Anthony Maida rhapsodic “The Princess of My Dreams.”

Maida was the evening’s other ingratiating co-host and showed off his strong tenor also in “The Time and the Place and the Girl” from Mlle. Modiste. 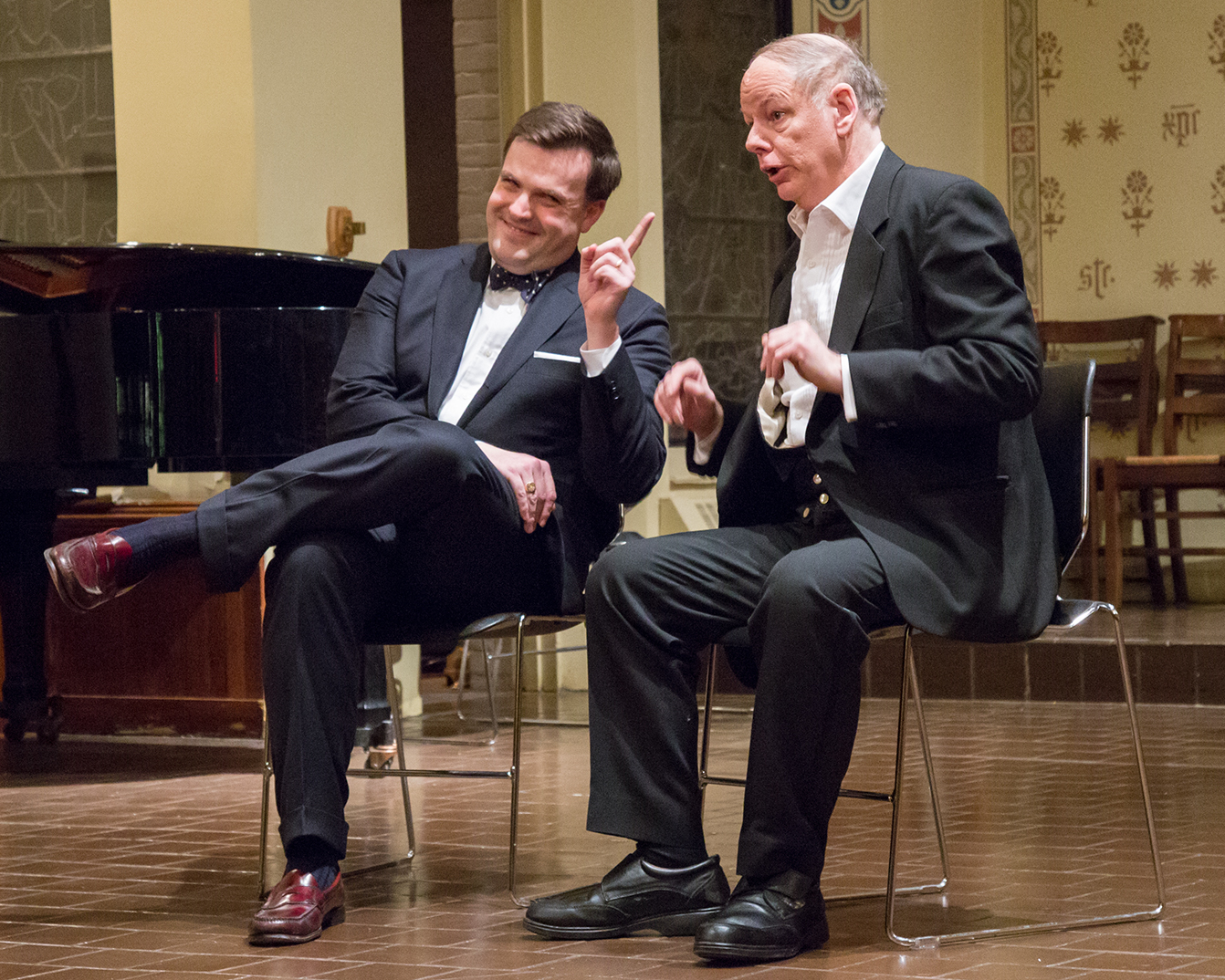 “Love of the Lorelei” from “The Debutante” (1914): L-R Daniel Greenwood and Richard Holmes. (Photo: Jill LeVine)

Always reliable baritone Matthew Wages delivered “The Dear Little Girl Who Is Good” impeccably, and anchored his other numbers including the funny “Way Out West in Jersey” (with Devlin) from Orange Blossoms.

Two of the songs took a lightly cynical view of marriage – “Married Life” from The Debutante (Roberts, Wages, and Greenwood), and “Let’s Not Get Married” from Orange Blossoms. The latter was one of two particularly well constructed sextets, the other being “The Face Behind the Mask” from The Debutante. 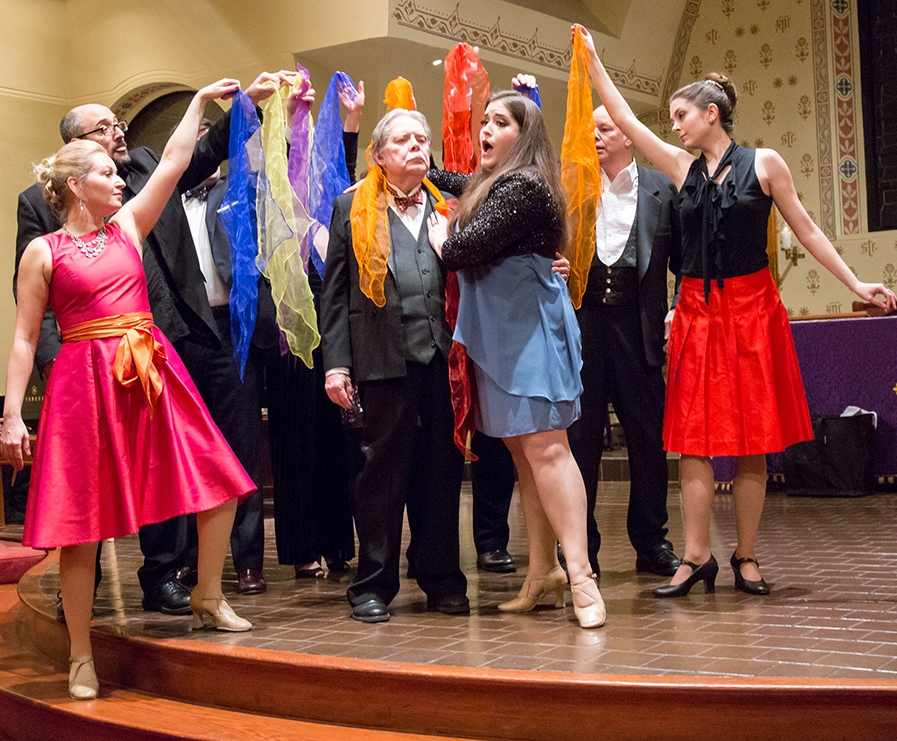 Natalie Ballenger had her first pearly moment with the pointedly delivered “She’s A Very Good Friend of Mine” from It Happened in Nordland. In the song, her character bitchily decimates her alleged girlfriends behind their backs.

The evening ended with a tantalizing preview of The Enchantress with Ballenger and Greenwood in passionate duet singing “To the Land of My Own Romance,” preceded by its introductory song “Rose, Lucky Rose.”

All of this was ably accompanied by Musical Director Michael Thomas at the piano, assuring that everything was done in fine, authentic style.