It’s only a short review of Leo Fall’s Die Kaiserin, I’m afraid. It was too depressing to write more. I won’t even mention the orchestra who appeared to be sight-reading, let alone the lack-lustre conducting. People around me fell asleep. Many did not last till the end. One was sometimes waiting 20 minutes for music, and the dialogue was so pedestrian. Not the best ingredients to make for a great operetta performance. 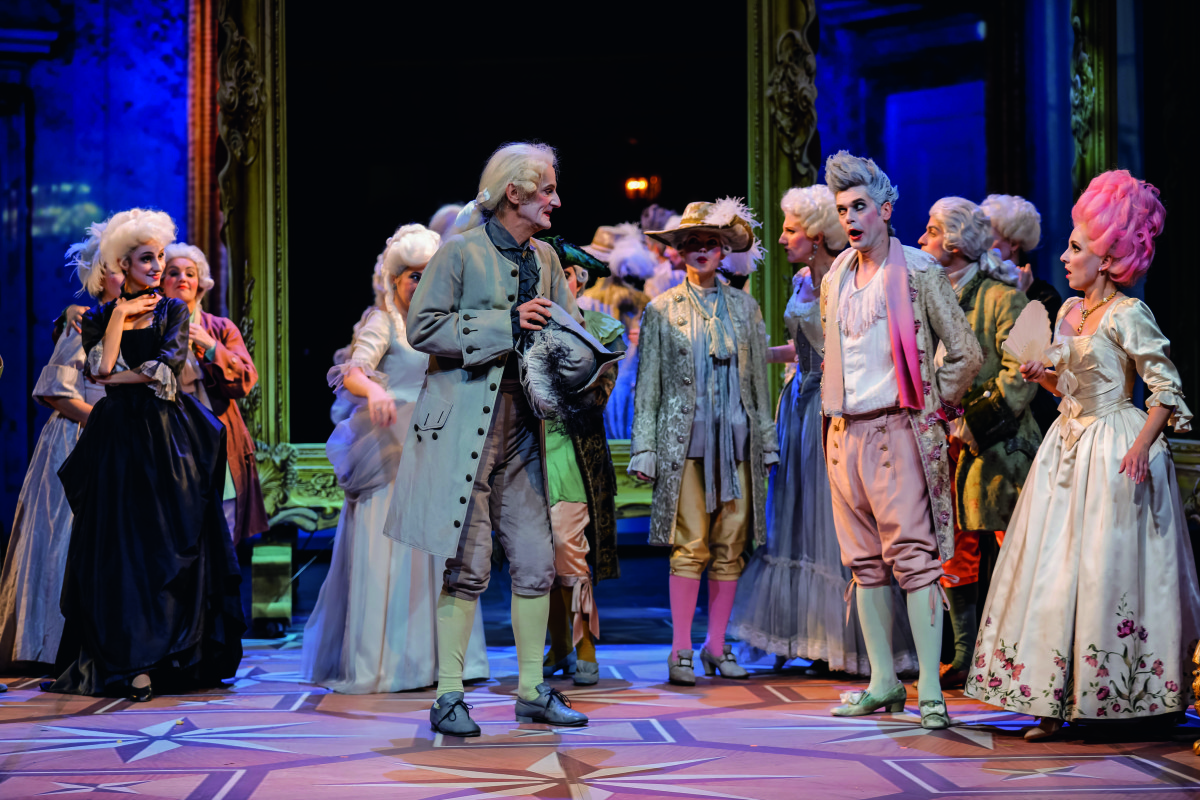 Brammer and Grünwald’s libretto for Leo Fall’s 1915 operetta is based on the play Maria Theresia by Franz Schönthans. Its origins are obvious as, although the work lasts 160 minutes (plus interval), there is but 50 minutes of music in all. Fall presumably set out to produce a serious operetta as there is very little humour in the piece, at least as presented in the current production by the Stadttheater Baden bei Wien.

There are various ‘faults’ in the show’s construction: the soubrette pair do not appear until the middle of Act Two, and then are given very little to do. Fall was clearly trying to avoid the use of the waltz, which had not been ‘invented’ in the time of Marie Therese, and  the only memorable danceable one does not occur until Act Three. Unfortunately his use of pastiche 18th century rhythms and dances is nothing like as successful as his British contemporary, Edward German. 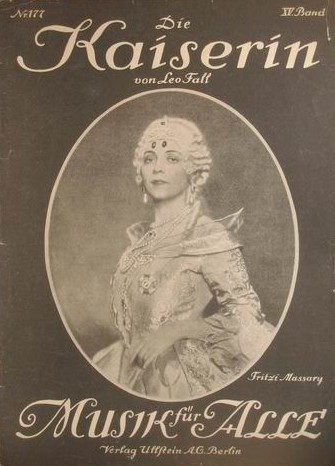 Fritzi Massary as Leo Fall’s “Die Kaiserin” as seen on the cover of “Musik für Alle.”

Considering that the Empress had a very fully and dramatic reign, if only as the only female Habsburg and the only one who was not allowed to assume the title of Holy Roman Empress, and finding the treasury bankrupt on the day of her coronation, the dialogue is , frankly, dull. At least the way it’s presented in Baden. Most of the time it consists of pedestrian duologues between MT and her husband, Franz Stephan – himself second choice after his elder brother had died!

Both major roles need first rate singers who can handle dialogue. (You might recall that Fritzi Massary was one of the star-performers of Marie Theres; a sublime Leo Fall interpreter.) Baden’s Miriam Portmann has a lovely soprano voice which she uses to effect in ‘Zwei Füsserl’ and the soaring showpiece aria ‘Du mein Schönbrunn’ and her huge slow waltz duet with Franz, but she is hampered by apparently wearing the same white costume throughout, even though about 30 years pass during the course of the show: clearly she is supposed to be ageless! 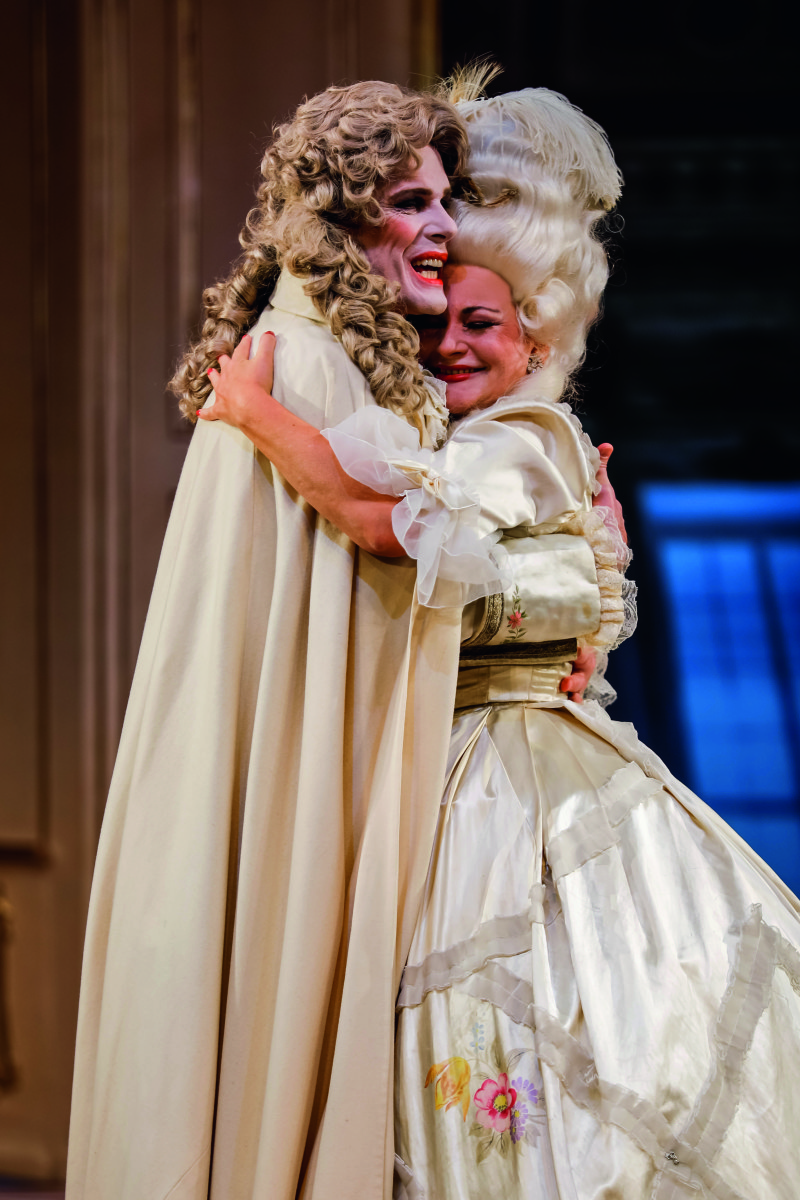 Franz is played by Reinhard Alessandri, who does not easily cope with the high tessitura of the role: all the notes are there but it is clearly hard work! His rendering of ‘Dir gehört mein Herz’ does not erase memories of Rudolf Schock, who made it sound easy. He is also hampered by seemingly wearing the same white costume throughout.

The soubrette couple are Verena Barth-Jurca (Adelgunde) and Thomas Zisterer (Pepi) who only come into their own in the musically barren Act Three when suddenly they bring the work to life in ‘Wollen Sie mein Begleiter sein?’

Various secondary roles are well taken, notably Eva Maria Marold as a brooding Gräfin Fuchs, with a swan on her head. (Why, I wondered?) Direction is by Leonard Prinsloo, who has not succeeded in bringing Die Kaiserin to life: perhaps this is not possible? Costume design is by Devi Saha, clearly working to a budget. 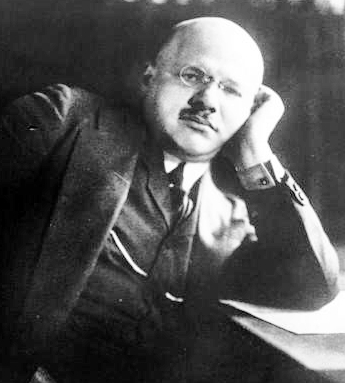 The most successful aspect of the production is the imaginative and inventive set designs by Su Pitzek, using projections of palaces in Vienna and moveable mirrors/portraits. One of these portraits is of the Empress dressed in a gorgeous green gown: if only this could also have been one of the costumes!

The music is stubbornly unmemorable. I have played my Anny Schlemm/Franz Fehringer recording many times and the tunes just refuse to enter the brain! Yet Fall thought this was his best score! As Kurt Gänzl has written: “ [Die Kaiserin] never succeeded in establishing itself as part of the standard repertoire.”

This was a worthy effort: many operettas, given an imaginative production by a director, come up fresh as paint. Not this one I am afraid, at least not with the cast and conductor and stage director.