American soprano Nadine Secunde is probably not someone you’d immediately associate with operetta or musical comedy, or light(er) music in general. She sang power-house roles like Brünnhilde and Elektra at De Nederlandse Opera, she was Bayreuth’s Sieglinde and Elsa, she’s famous for her CDs and DVDs of Russian masterpieces such as Lady Macbeth of Mtsensk  and The Fiery Angel. But: she has also followed the stylistic developments in the field of entertainment closely, not just because her son studies to be a musical comedy star at the UdK in Berlin. Apart from her regular appearances at the Semperoper Dresden, Carnegie Hall or Deutsche Oper Berlin, Nadine Secunde works at the Amsterdam Conservatory, where she meets a lot of young artists trying very different vocal formats. We caught up with her after the Bundeswettbewerb Gesang, where many musical comedy youngsters showed off their incredible talents, including many operetta gems ranging from Oscar Straus’ “Olalala” to an unusual baritone version of Bernstein’s “Glitter and be Gay.” Here’s what Miss Secunde thinks of the state of operetta and musical comedy singing today – and of looking for orchids in a corn field! 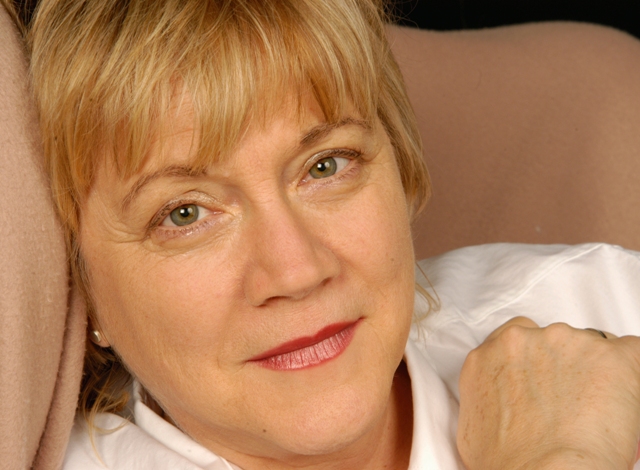 You teach at the Amsterdam conservatory and meet many young (Dutch) opera singers. Is the topic of “operetta” something they are busy with?
The young Dutch singers will often include Operetta in their auditions, but usually in preparation for auditions in Germany. There is a huge vocal scene in Amsterdam which has nothing to do with the opera, but it tends more in the direction of “Kleinkunst.” The huge success of The Soldier from Oranje has also raised the interest in musicals.

Historically speaking, many famous US-American opera singers were able to switch styles and adapt to the requirements of operetta: Helen Traubel was an outstanding Brünnhilde and Isolde, but she could also sing Victor Herbert and Sigmund Romberg like a total “Broadway Baby.” Why do you think today’s opera singers have such problems getting the style right and adjusting their voices to the requirements of this repertoire? Were people like Traubel or Robert Merrill trained differently than, let’s say, Thomas Hampson and Renée Fleming?

While the accepted school of opera singing has remained basically the same for the last 60 years, the musical scene was drastically altered by the advent of the microport. Ethel Merman filled her houses (most of which were also smaller than today’s theaters) without a mike: i.e. her technique was a lot closer to opera than to today’s musicals.

In these lavish Herbert or Romberg productions, there was an orchestra. And voices that had to carry over them. Today’s musicals have moved farther away from classical voice production, which makes it harder for opera singers to find the style.

When opera singers cross borders into Broadway repertoire, many die-hard fans of musical comedy scream bloody murder and protest: e.g. when Kiri te Kanawa and Jose Carreras sang West Side Story. They compare the recordings unfavorably with the original cast albums. In operetta terms, the original singers of many famous shows are now easily available via YouTube. Yet, fans and performers of operetta take little notice of these sources and uncritically applaud the likes of Anna Netrebko singing Csardasfürstin, without putting her into context with historical role models. Why do you think musical comedy people are so much more knowledgeable of their repertoire, and operetta people don’t care?
Honestly, I would have to say that fascination with classical operetta has become very much a specialized area, while more and more people are taking an interest in musicals, as an alternative to opera and nevertheless live music. Operetta will always have its own appeal, but in the same way the huge fan base for “Heimatfilme” no longer exists in Germany, the demand for operetta is decreasing and being overtaken by the musical. It is a much livelier scene, especially among young people, and they are usually the ones who know how to work YouTube. And they love comparing.

In the course of “historisch informierte Aufführungspraxis” classical singers are expected to adapt to the stylistic requirements of music from certain eras. So you have specialists for Early and Baroque music, for Verdi and Puccini, for Wagner, Modern Music etc. Why don’t opera singers apply this same principle when they perform operetta? (Why do pioneers of Period Music, such as Harnoncourt, Gardiner or Minkowski cast opera singers for their operetta and musical comedy projects that are, stylistically, totally unsuited, why don’t they work harder with their singers on getting the style right, as they try to do with the orchestra? Or is it all just PR, with no substance behind it? Studer/Gardiner doing Witwe or Lott/Minkowski doing Belle Hélène or Harnonourt/Gruberova doing Fledermaus?)
You are assuming that these conductors know the operetta style and just don’t bother: I tend to think they really do not know the style and are not willing to learn it for one recording. They assume people will buy the recording for the sake of a name, as do the producers. So yes, basically it’s a PR trick with not a lot of substance behind it.

On the other hand, the conductors, even in Germany, who really understand and can convey this style are very few, and a dying breed.

Do you notice any difference, concerning stylistic flexibility, between American and European singers?
American singers will try anything. Even if they can’t get it right, it won’t be for lack of effort. 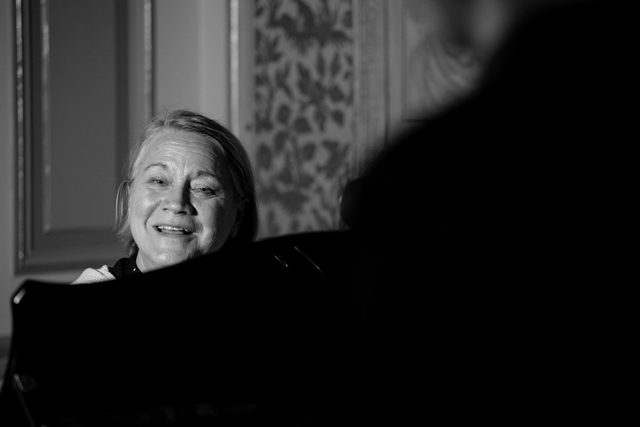 Historically speaking, operettas were premiered by people who came from Vaudeville and show business. There were few “legitimate” voices among the original stars of operetta, instead they were acrobats, great dancers, strong character actors. Today’s equivalent would be musical comedy performers who are often very flexible, stylistically speaking. Why are musical comedy people rarely hired for operetta productions, in your opinion?
There has been a huge shift in the musical scene in the last 20 years, with an increasing emphasis on acting and less on singing. These are the new “serious” musicals, as compared to the classical musicals of Gershwin, Porter etc. The stories are often darker, less emphasis on pure voice, much more on text.

It is a fascinating development, and I believe this reflects the tendencies in popular music in general.

But it also has led to a different schooling of the musical singers – less in the classical style – and, for better or worse, we are used to a certain ease of delivery on the stage in operetta.

The arias in the operettas are not for the faint of heart, and certainly could generally not be mastered by musical singers today. Alone the range is totally beyond most of them. You may counter that originally the vaudevillians apparently managed. I would argue: there’s no one around to tell us what it sounded like, or how they transposed to make it possible. All short cuts vanished with the advent of YouTube. If you are a huge star, you may get your theater to transpose “Komm in den kleinen Pavillion” for you, but otherwise you will have to come up with a fairly acceptable high C.

If you listen to this famous Fritzi Massary recording, do you believe anyone can do this today? What would be a modern equivalent to such singing: Madonna, Lady Gaga, Magdalena Kožená, Devi-Ananda Dahm, Rufus Wainwright?
There will of course never be another Massary, just as there will never be another Zinka Milanov. But we have equivalents.

And to try something else: if you want opera voices in the appropriate operettas, can anyone today find a modern equivalent to singing à la Alpar or Tauber?
You may laugh, but I remember hearing quite a lot of that type of singing when I started in Wiesbaden 100 years ago. But we had two operetta divas in the ensemble. No one perfects the style anymore because you can’t specialize: you sing Susanna one night and Csardasfürstin the next. Even a house that calls itself Dresdner Staatsoperette is forced to do other rep. Oddly enough, the scene is very much alive and well in Hungary. I have heard (but unfortunately not understood) some wonderful performances there.

You have a son who is a musical comedy performer and studies at the UdK in Berlin. He recently sang an operetta number at the Bundeswettbewerb Gesang. Other students of the UdK also presented operetta numbers at the competition. What’s the “new” thing they bring to this repertoire? (Anything you particularly noticed?)
I would say a new emphasis on text, which is their specialty. 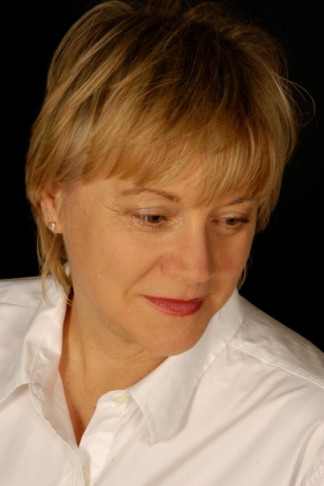 When you speak with young musical comedy people: do you feel they have any knowledge of the great classics of the past? Is there any interest in titles by Rodgers & Hammerstein, Sigmund Romberg, Rudolf Friml, Irving Berlin, Victor Herbert, that many Americans grew up with and still grow up with?
I don’t find there is a great emphasis on becoming acquainted with this repertoire – until one of them gets a job singing it. But this problem is not unique to musical singers. I have students who do not know who Christa Ludwig is. Or who wrote Pagliacci. I think they are all overwhelmed with information and have to sift on the basis of what they need. Also, the musical composing scene of today reminds me of the opera scene in the 19th century – the sheer mass of material being written and premiered is overwhelming. Most of it will not survive, but is makes sense that the young singers want to become familiar first of all with the music of their own time.

Looking at the “Jahrgang” of your son Jan Rekeszus at the UdK: could you see them all in an operetta production?
A very interesting question. I would like to see one written specifically for them, tailored to their talents, much as the musical Grimm by Zaufke/Lund was.  But if you threw them into one of the classical operettas, they would have a lot of problems, barring mikes and transpositions.

When operetta first became famous internationally, in the 1860s and 1870s, the genre was considered scandalous, because of the easy sexuality it presented on stage. Isn’t this “sexual liberty” inherent in many operettas something very modern, that could interest modern-day performers? (How can opera singers and/or musical comedy performers handle the over-erotic aspects of this genre, when this goes way beyond singing beautiful notes and when few opera singers are truly sexy in a “pornographic” way on stage – like Elsie Altmann, Kalman’s original soubrette in Gräfin Mariza?) 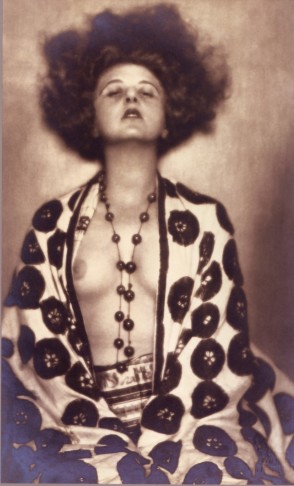 When you look at your opera students in Amsterdam and the musical comedy students in Berlin: what are the greatest differences you notice?
In general, I think the musical students are better prepared, and ready to go to work. My opera students, many of whom have larger voices, which are slower to develop, are game to try anything and take all kinds of risks, but most are not quite ready to leave the nest. They need a little extra time to be comfortable with the job.

You come from Ohio, home of the Ohio Light Opera in Wooster: one of the few places in the world dedicated to operetta. Have you ever been there (or heard about it)?
Unfortunately, this was founded after I left Ohio, so I have never seen them live. I know their productions, and find it amazing that they are alive and thriving, able to develop their appeal to a broad fan base. A little like finding an orchid in a corn field!

As Eileen Farrell demonstrates, they can be found. Thank you for this wonderful conversation!