No, this is not scheduled as a mid-summer treat to coincide with the various operetta festival productions in Austria: the lake festival in Mörbisch (Land des Lächelns), the historic summer arena in Baden (Vogelhändler and Zigeunerliebe), or the Alpine Lehár Festival in Ischl (Im weißen Rössl and La vie parisienne, plus Clo-Clo). It’s not even intended for this year’s summer concerts in Schönbrunn and other favorite tourist hot spots. No, the new album by tenor Jonas Kaufmann is slated to be released in October, as a kind of operetta after-glow. It’s simple title: Wien. Or to be exact: Jonas Kaufmann Wien. 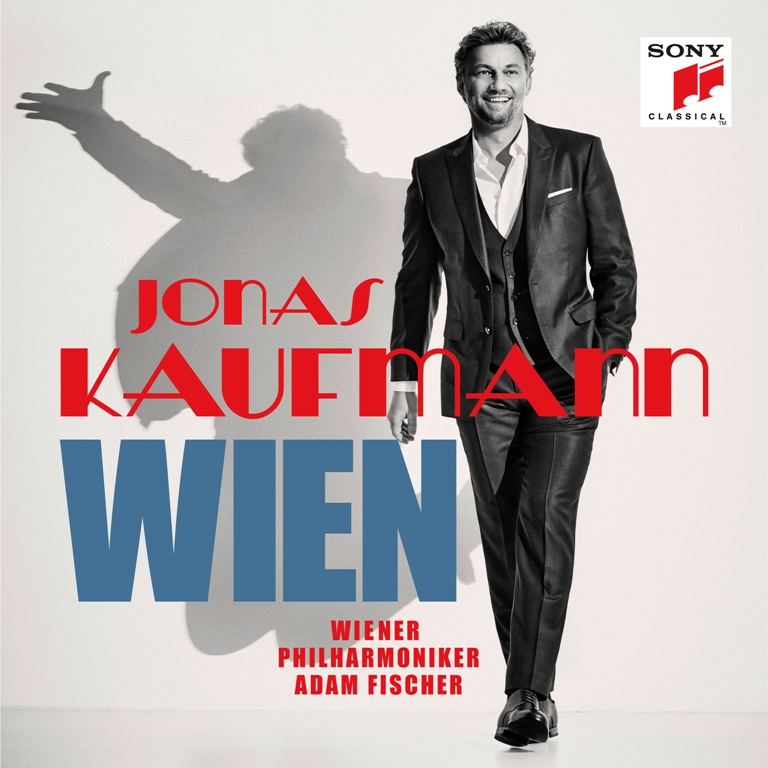 The cover for “Jonas Kaufmann Wien,” which will be released in October 2019. (Photo: Sony)

He wants to present “Gute-Laune-Musik” as the press release states: feel-good music. Which includes “Wiener Lieder” and excerpts from Eine Nacht in Venedig – as a reminder that Mr. Kaufmann sang Caramello in his very first stage production as a student in 1993/94 in Regensburg. There will also be duets from Wiener Blut, Fledermaus and Merry Widow. His partner-in-crime is soprano Rachel Willis Sørensen with whom he already appeared in the problematic New Year’s Eve Fledermaus from Dresden. (For a review of that, click here.)

There will be songs by Robert Stolz (“Im Prater blüh’n wieder die Bäume”) and Peter Kreuder („Sag‘ beim Abschied leise Servus“). But there are also numbers by Hermann Leopoldi (no, not the “Buchenwald-Lied”, though that would have been an interesting nuance here), and by Georg Kreisler. If you have doubts that Mr. Kaufmann might not be ideal to nail the darkly ironic Kreiser style, like Georgette Dee or Tim Fischer do, these doubts are well-founded. Mr. Kaufmann’s Kreisler song-of-choice is “Der Tod, das muss ein Wiener sein.”

Obviously, “Wien, Wien, nur du allein” by Rudolf Sieczynski is not missing. Neither are the Wiener Philharmoniker, who probably see this album as a welcome opportunity to make extra money (are the New Year’s concert sales slacking?)

You’ll recall that in the past tenors such as Placido Domingo also released “Vienna” albums which are a “camp” (sadly not a “filthy”) joy to listen to. (For more details on that topic, click here.) While Mr. Domingo went for the typical “Viennese operetta look” à la Johannes Heesters on his cover, so beloved by many, Mr. Kaufmann and Sony have opted for a more neutral visual: a black-and-white photo of a man and his shadow.

Is the mere fact that Mr. Kaufmann used to love vacuuming his apartment with Carlos Kleiber’s Fledermaus recording playing in the background qualification for such an album enterprise? Of course you might ask, what would a qualification for such a project be anyway? That the artist is from Vienna? Obviously not, unless you’re a champion of identity politics and against so called cultural appropriation. As a reminder, Slovak soprano Lucia Popp released a wonderful “Vienna” operetta and song album. She was totally attuned to the repertoire and style she adopts; it might not be everyone’s cup of tea in terms of “how do I like my operettas presented,” but it’s a valid approach to the genre from the time of the recording (1988). It’s a historical document, if you will, just like Mr. Domingo’s Viennese excursion of 1986 is, in a very different way. 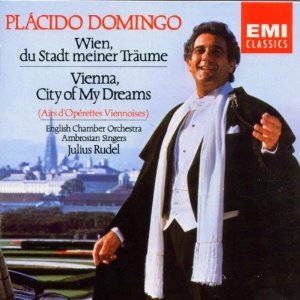 With new operetta stars shooting across all over the skies today – Max Hopp at the Salzburg Festival, Serkan Kaya singing Kálmán, Katharine Mehrling at Komische Oper Berlin with Dagmar Manzel by her side, Jonas Dassler as a reborn Gene Kelly dazzling audiences at Gorki Theater, Sarah Bowden rocking Paul Abraham’s music, not to forget the indestructible Geschwister Pfister and their multi-layered operetta endeavors – I personally wonder why none of them is honored with a Sony album, or why none of them is partnering up with Mr. Kaufmann? Are they the celebrated shadow you see on the Sony cover?

Once the new album by Jonas Kaufmann is out, on 11 October, the tenor goes on a concert tour with the program, starting in Vienna (of course) and moving onto Munich, Budapest, Stuttgart, Berlin, Nurnberg, Paris, Hamburg, Brussels, Düsseldorf, Luzern and Baden-Baden.

The tour avoids all typical operetta venues which might scare off truly “serious” classical music fans who can just about cope with this kind of repertoire if it’s presented by their favorite Wagnerian tenor in a “respectable” venue. Ah well …

If you wonder why I am so negative here about this project, my low expectations are based on Mr. Kaufmann’s previous operetta excursion on CD where he sang jazz operettas from the 1920s without ever bothering to see what a fitting and convincing style (for him) might be, instead of just singing the songs “as always.” With some Babylon Berlin outfits for visual (not audible) atmosphere. Which points towards a total lack of interest in this repertoire; and judging by his Eisenstein in Dresden last year I fear this new collection of Viennese titles might suffer from the same lack of real interest. Which is a shame, given the immense talent of Mr. Kaufmann and his ability to communicate with the audience.

But maybe I’m totally wrong and this album will be a pure joy! Let’s be optimistic …

If you want to hear a great Wagnerian tenor singing Eine Nacht in Venedig, try Marcel Wittrisch as Caramello on the 1938 recording from Reichssender Berlin. Yes, it’s a politically laden version from Nazi Germany, but if you want classical singers doing Johann Strauss it doesn’t get any better than Mr. Wittrisch belting out “Komm’ in die Gondel.” There is a ring to his delivery that any tenor is hard-pressed to match. And the rest of the album (released on Naxos) is pretty outstanding, too, with Carla Spletter as Annina and Karl Schmitt-Walter as the Herzog von Urbino. Heinrich Steiner conducts. Mr. Wittrisch has recorded this popular Strauss solo many times; the other versions are worth trying as well.

Let’s see what’s ahead and let’s give Mr. Kaufmann and his conductor Adam Fischer a try. Operetta history has been full of surprises thusfar, this might be another one.