In Seattle, a new production of The Mikado by the local Gilbert & Sullivan Society has sparked a heated debate about race and political correctness. The Seattle Times columnist Sharon Pian Chan contends that this operetta classic is “Yellowface, in your face.” For her, an Asian-American woman, it’s apparently derogatory to see caricatures of Japanese people played by Whites and Latinos. She claims it is the same as reviving the frowned upon “black face” tradition of African-American minstrels (“The Mikado is the same shtick, different race. A black wig and white face powder stand in for shoeshine. Bowing and shuffling replaces tap dancing. Fans flutter where banjos would be strummed.”) 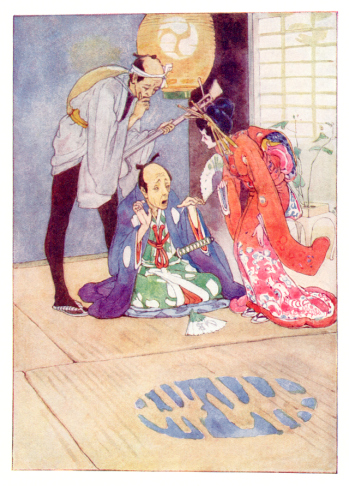 Ko-Ko reveals that when a man is beheaded, his wife is buried alive: from Gilbert’s children’s book “The Story of the Mikado.” Art by Alice B. Woodward.

In principle, Sharon Pian Chan is right, of course. If you ban “black face” performances, you need to ban “Asian face” performances too. But what about “white face” performances? What about all those African-American sopranos – Barbara Hendricks, Kathleen Battle etc. – singing opera roles such as Sophie in Der Rosenkavalier with a white rococco wig and lots of white powder on their faces? Is that racially insulting too, to all real-life Viennese? And what about actors such as Kevin Kline camping it up as a gay guy in In & Out? Should gays start protesting that Mr. Kline uses every imaginable stereotype in the book to funnily portray a homosexual? (And let’s not even get started on Matthew McConaughey in Dallas Buyers Club.) And should I, as a German, feel insulted watching Will Ferrell as Franz Liebkind in The Producers?

Actually, I thought his over-the-top caricature of a German was hilariously funny. As a gay man, I could also and easily laugh at Mr. Kline in In & Out. And I believe it’s a sign of feeling secure about who you are – racially and sexually and socially – when you can laugh at such performances. They are, all in all, not intended to besmirch nations, or groups. You laugh at them, with them, a point entirely lost on Sharon Pian Chan.

If we follow her argument, can we then never again play Offenbach’s Ba-ta-clan because it ridicules the Chinese?

And can we not perform Offenbach’s Mesdames de la Halle anymore, because the three cross-dressed market ladies are an insult to any hard working fish and vegetable vendor? Would a Japanese performance of, let’s say, Gilbert & Sullivan’s Gondoliers be an insult to Venetians who might not feel properly portrayed? The list could go on, endlessly. 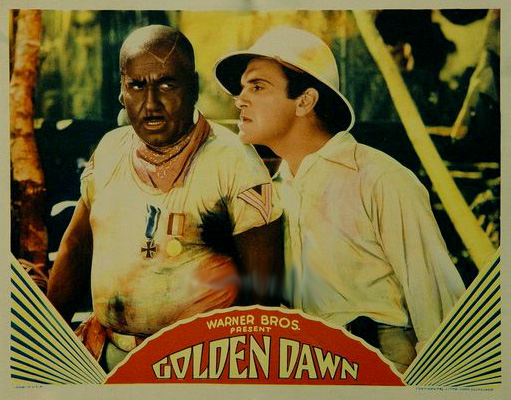 I recall a conversation with a board member of the Ohio Light Opera on Emmerich Kalman’s Broadway operetta Golden Dawn, set in Africa – and originally performed, in 1927, with white actors painted black (also in the Hollywood film version of 1930). The OLO representative said that even though he would love to perform as much unknown Kalman in Ohio as possible, he could not imagine doing Golden Dawn – because “black face” is now taboo. Why he couldn’t perform the show with black actors, as happens with Gershwin’s Porgy and Bess, remains his secret.

But even if Golden Dawn were performed today, with all the racial stereotypes that involves, then one sign of progress might be that we can all – black, white and Asian and all the other audience categories – laugh about it, and see the show as a document of things past and overcome, but a document there to still be enjoyed with historic interest. Instead of shouting, like the Seattle Times, “This is the wrong show — wrong for Seattle, wrong for this country and wrong for this century. And I don’t mean wong.“ 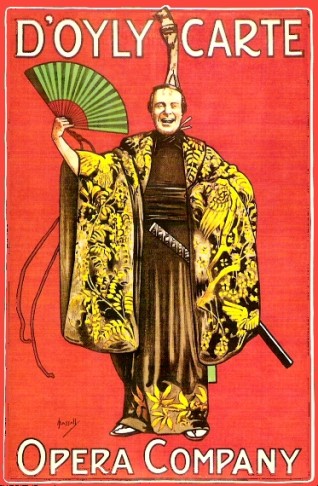 Theatre poster for “The Mikado.”

In his own online column, “Slipped Disc”, Norman Lebrecht published an article entitled “Mikado is denounced in US as racist. Next step, a ban?” He quotes a letter written by Peter A. Klein sent to the Seattle Times claiming:

“The Mikado” is not about any real Japan, it’s a satire on 19th-Century British society, dressed up in a fictionalized exotic locale to “gild the philosophic pill,” as Gilbert put it in another of his operettas.

I do wish Ms. Chan would learn the difference between affectionate satire, fairy tales, clumsy ignorance and actual bigotry. Such discernment would be worthy of a person who helps guide the editorial voice of a great city’s newspaper. Banning, censoring or bowdlerizing art is a grim pastime. “Presentism”–the idea that all older works of art and literature must conform to today’s sensibilities and sensitivities or be subject to censorship–is a present-day curse. It would deprive us of great works of art like Puccini’s “Madame Butterfly” and “Turandot,” sparkling music, humor and wordplay like Gilbert and Sullivan’s, and even works that actually plead for inter-ethnic understanding, such as Mark Twain’s “Huckleberry Finn” or Rodgers and Hammerstein’s “South Pacific.”

Such censorship can backfire. In 1907, Japanese Prince Fushimi visited Britain. The Lord Chamberlain banned performances of “The Mikado” in London to avoid offending the Prince. The Prince was offended, all right–he wanted very much to see the show, and was very upset that he could not. The Daily Mail dispatched a native Japanese newspaper critic to a provincial performance, far from the Prince. Mr. K. Sugimura wrote: “I came to Sheffield expecting to discover real insults to my countrymen. I find bright music and much fun, but I could not find the insults.”